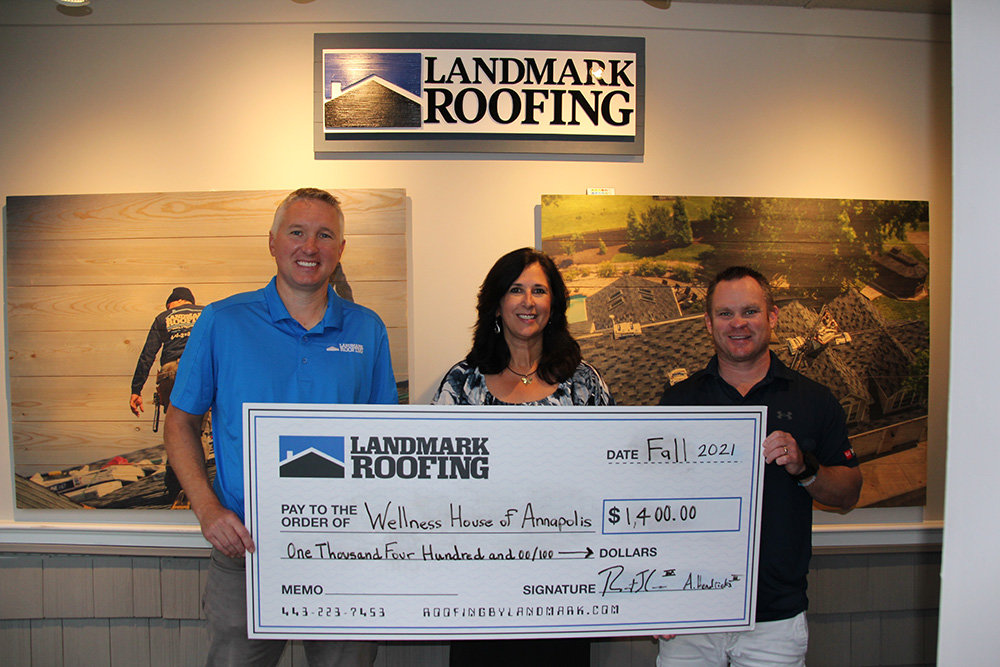 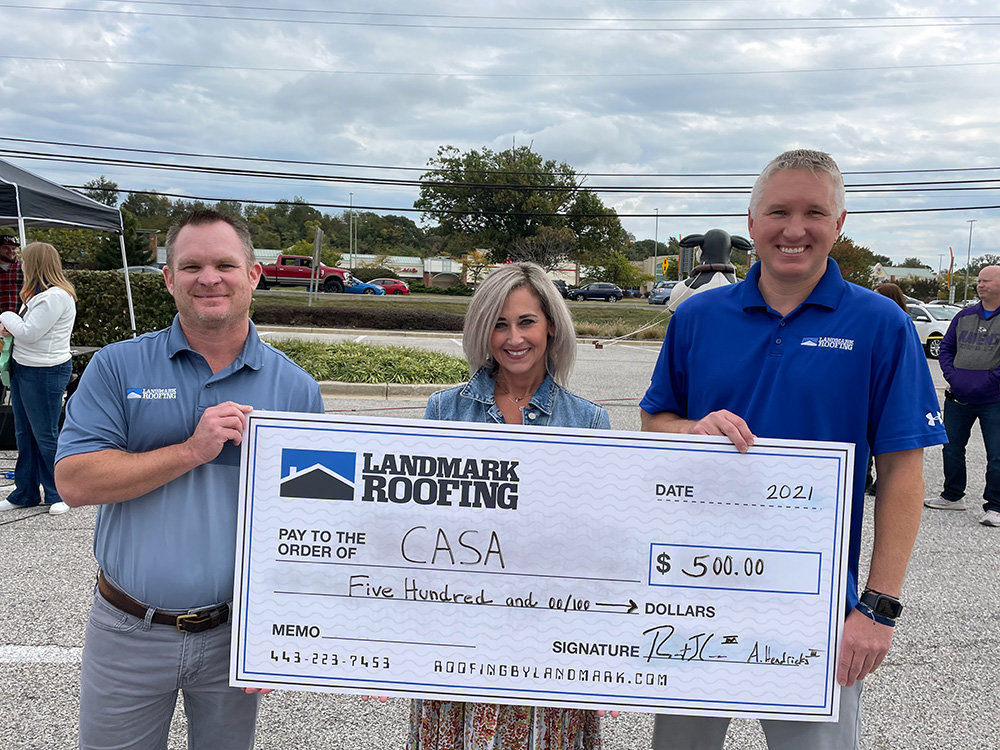 Landmark Roofing is looking to save the world one roof at a time. The local company, known for its community service efforts and emphasis on customer service, just donated and installed a new roof for SPAN.

Since the beginning of the pandemic, SPAN has closed its lobby and has been leaving food packages on the back porch for people to pick up. After hearing of the conditions, Larry Sells reached out to the co-owners of Landmark, Rob Calhan and Artie Hendricks.

“You have a lot of these volunteers just pushing food onto the deck,” Calhan said. “There's no roof, and they're getting rained on all the time. Larry brought it to my attention, and then I met him over there, and then that's when the ball started getting on with that.”

After analyzing the existing porch, the Landmark team decided the project was doable and quickly got to work. In September, the roof was completed. After the project was done, Hendricks and Calhan returned to the site and were greeted by a group of people crying and thanking them for what they had done.

“We didn't think it was that big of a deal,” Calhan said. “But when they started crying, it was this really cool thing you just want to do again.”

Giving and donating has been a part of Landmark’s mission since the business was started.

“I was raised that your character is what you do when nobody's looking,” Hendricks said. “We really try to put that into the business. All that stuff that we do here, the donations, we don't do it for the glitz and glamour.”

The company’s first experience with service was the inaugural roof giveaway, which has become a yearly tradition. They put the contest out on social media and chose a winner. When they contacted the winner, she was brought to tears by Landmark’s generosity.

“The first year we did it was really rewarding for us,” Hendricks said. “It was fun. We brought the family to the Christmas party. It was great.”

Landmark Roofing also just matched donations at a Greater Severna Park and Arnold Chamber of Commerce (GSPACC) golf tournament. Landmark’s $1,400 donation brought the total money earned to $2,800 for the Wellness House in Annapolis, an organization that provides support for families of cancer patients. Hendricks and Calhan first encountered the Wellness House many years ago when someone they knew asked them to build a banner for the organization.

“Fast-forward four or five years after that, my brother-in-law passed away from stomach cancer,” Hendricks said. “So Austin, one of our project managers and my nephew, actually went to the Wellness House when he was a kid because they help out with everything.”

Landmark’s community service is not limited to those two efforts. Alongside Chick-fil-A in Severna Park, Landmark donated signs to all of the 2020 Severna Park High School graduates. They also made donations to prom and athletics and went to local schools to give demonstrations on everything from shapes to changing a tire. Landmark was even contacted by a Girl Scout recently for two shingles to put on top of a Little Library she was building.

“It's everything from a Little Library roof, to donating shingles to the Magothy River Association where they needed one for one of their trails,” Hendricks said.

Landmark’s efforts have not gone unnoticed. This year, the company won the GSPACC’s Harmony Award for its philanthropic success. Hendricks and Calhan agree that Severna Park is the ideal location for their business, so it just makes sense to give back to the community that is to thank for their success.

“I said at the beginning, I don't think we would have had the success we had if we did not set up here,” Hendricks said. “It's a close-knit community and they wanted to use a local company. The Severna Park community wants to work with local businesses, which you don't see that very often anymore.”

What Are Your Financial Resolutions For 2022?