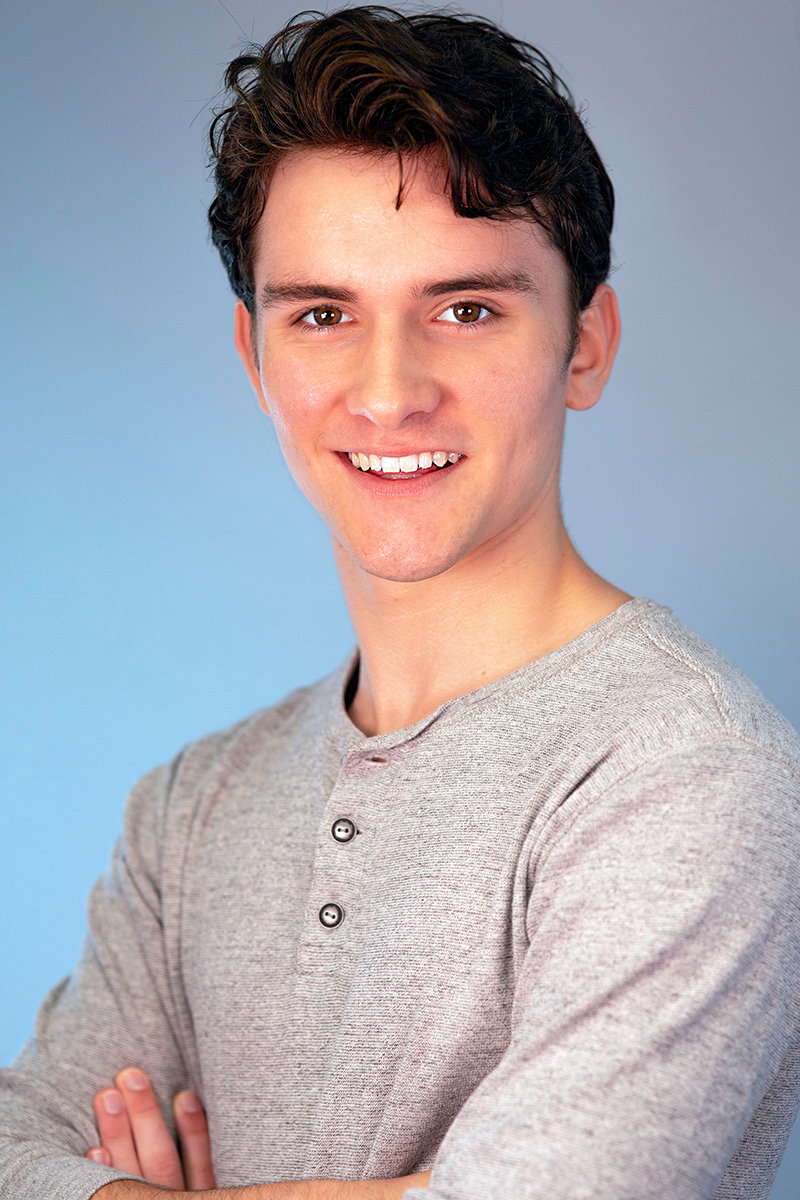 Nick Garvey has become a popular TikTok influencer because of his educational and entertaining ballet videos.
Photo Provided
Posted Wednesday, November 4, 2020 11:07 am
By Haley Weisgerber

When 16-year-old Nick Garvey of Severna Park created his TikTok account four months ago, he never imagined that he’d become a TikTok influencer. Now, with 60,000 followers, 2.6 million likes and more than 4 million views on his account, Nick is using his popularity to make his mark on the dance world.

Nick has been dancing for about six years. He currently trains with the Greater Annapolis Ballet and studies almost 20 hours, six days a week. While he takes contemporary, acrobatic and other classes, ballet is his preferred style.

“With ballet, if you train hard you can't go wrong,” Nick said. “If you want good turns, good height, good physique, you train hard and you will get there.”

Nick had established a strong work ethic through his years of ballet, which he now puts to good use as a popular TikTok influencer.

Originally, he made videos for fun, until he made a few dance TikToks that blew up overnight.

“I posted two ballet videos in May, and I woke up the next morning and they had hundreds of thousands of views,” said Nick, who never expected his videos to take off. “From there I have been going at it ever since.”

After a few more popular videos, Nick took his account more seriously. This involved a lot of research, as there is no key to success on TikTok.

“There's no magical trick that will make you blow up, but TikTok’s algorithm is probably the greatest of all social media because it could make a nobody a superstar overnight,” Nick said. “There's nothing to do to ensure success, but there are things you can do to almost ensure it.”

Nick and other influencers suggest making at least three TikToks a day, giving followers a clear reason to follow, and creating high-quality content. Unlike other social media platforms, on TikTok there is no guarantee that Nick’s followers will consistently see his content because the app is largely discovery-based. This means knowing your audience. Lucky for him, his training and content creating are often simultaneous, so it does not impact his dancing.

Although it is hard to predict what videos will succeed, Nick has noted patterns in his content. His educational and comedy videos typically perform the best. In fact, in his highest-performing TikTok, Nick explains men’s dance wear. These patterns do not stop Nick from creating the content he enjoys.

“I would say that my favorite content to make, even though it's the lowest performing, is straight ballet,” Nick said.

His main goal is to educate and inspire his followers with his content. Nick has received many messages from other male dancers thanking him for giving them courage or inspiring them to dance.

“It is the greatest feeling in the world to inspire someone who needed the push or someone to show them that it was possible,” Nick said.

Nick plans to continue to grow his account and wants to do more as an influencer and a dancer. In the future, he would like to compete on a televised dance show like “World of Dance,” create a men’s dance wear brand and teach masterclasses. He said that his greatest support system is his friends and family.

Nick’s father, Pete Garvey of Stage & Screen Studios, said he was shocked when his son came to him about his success on the app.

“I was somewhat clueless about TikTok as a platform to influence so many people,” Pete said. “I saw that he was busy and let him do his thing. Then he came and said, ‘Hey dad. By the way, I have 100,000 views.’”

From then on, members of the Garvey family became Nick’s biggest fans. Pete even built Nick a website and assisted him in diversifying his online presence.

“I’m all about supporting him in how he expresses himself, and he did that through dance,” Pete said.

Though Nick does not know exactly what his next step is, he is excited to continue to grow his TikTok and create content to educate and inspire his followers.

Comment a song that I should freestyle to next Friday! ##dance ##dancer ##maledancer ##ballet ##improv ##contemp