Sisters Motivate Each Other To Succeed 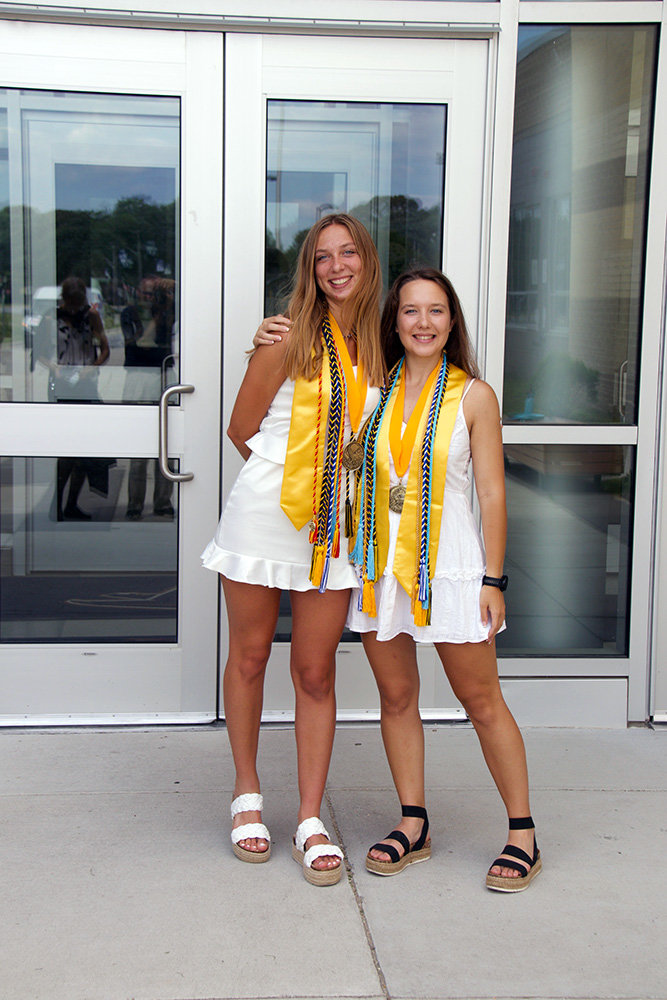 Salutatorian Neela Baker (left) and valedictorian Nicole Baker have used friendly competition to motivate each other. 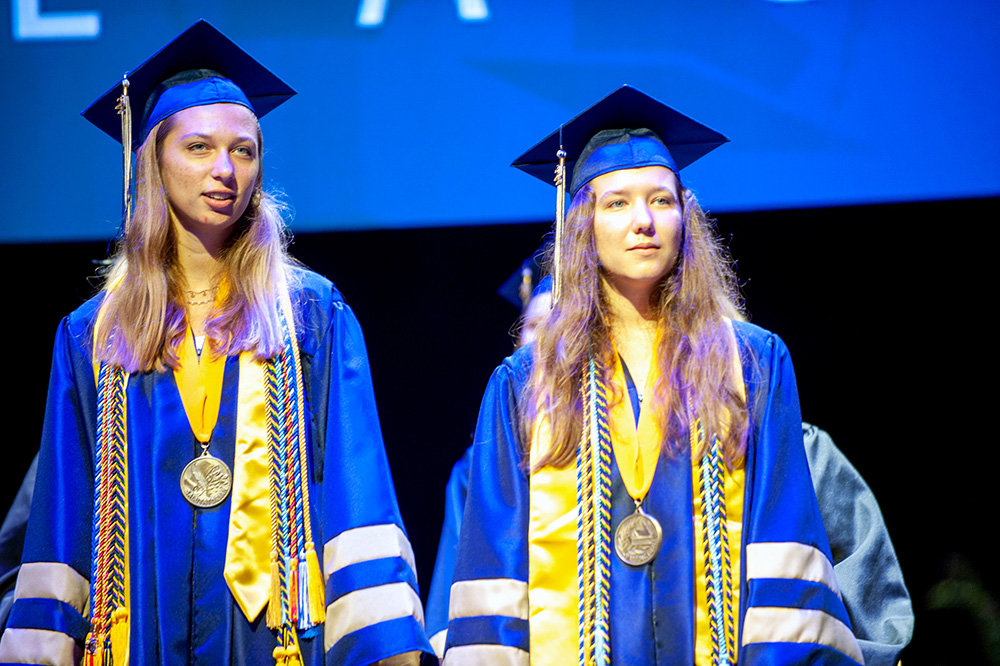 Fraternal twins Nicole and Neela Baker have been doing everything in tandem since they were born. Now they can add valedictorian and salutatorian to that list.

Nicole earned the valedictorian rank, and Neela was a slight fraction behind, earning the salutatorian rank, to top the Severna Park High School class of 2022. Both students earned a 4.0 unweighted GPA, however, Nicole took one additional Advanced Placement course to slightly raise her weighted GPA. Neela, on the other hand, chose to start taking courses at Anne Arundel Community College during her senior year, which Nicole did not.

“I am so glad that the person I could share this with is my sister,” Neela said. “There really isn’t another person that I’d want to be up onstage with.”

Nicole said, “It’s really exciting to share this with my sister since I know we’ve both worked hard to get here. We had known that we were tied for first at the end of junior year, so we definitely expected it, and when I took one more class than Neela, we knew it would end up this way.”

There are no bragging rights for these sisters, however. They chose to use the friendly competition to motivate each other to take challenging classes and get all As.

Nicole will attend the University of Maryland, College Park to study electrical engineering. She said she’s excited to go out and try things she’s interested in on her own.

“I’m most proud of being able to find a balance between school and extracurricular activities,” Nicole added. “I never let my commitments interfere with one another. In the future, I’m most looking forward to having more freedom on my own in college and learning more so I can answer the questions I have about the world.”

Neela will attend the University of Tennessee, Knoxville and study computer engineering. She would love to start a career that includes travel, and she plans to earn a pilot’s license one day.

“I have always known education is important for my future and my career path,” Neela said. “I’ve known for a while that I want to work with computers for my career, but there is a lot I have to learn to get there, which is why I’ve always been serious about my education.”

Neela and Nicole are the daughters of June and Stewart Baker.