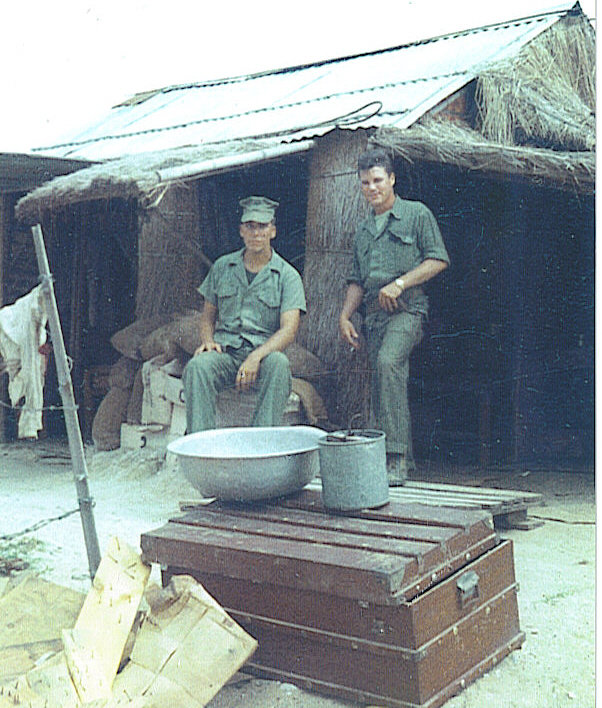 I read with great interest the Silver Star citation for Joseph Clinton Brown in the last issue of Sponson Box. Sadly, the award was presented posthumously. “JC,” as he was called by our crew, was actually killed in action the following day, July 31, 1966, in the same location as described in the citation. I was with JC that day and, to the best of my memory, this is the rest of the story:

In the morning of that fateful day, I received news that I was being assigned to Tank B-14 (I think). I had previously been with another tank in Bravo Company, B-42, but our crew had been broken up when our TC Sgt. Reed went back to the world. My new TC was Sgt. Alvarado and also aboard was a familiar face: JC Brown. We had been in the same platoon back at Camp Lejeune and had come over to ‘Nam in March ‘66. We readied our tank’s departure by replenishing our ammo and topping off our fuel. With JC driving, we left basecamp Hill 55 in the early afternoon.

We arrived at our outpost position located on the Song River less than two miles from Liberty Bridge in mid-afternoon. Our two tanks were in support of Marines of 1/9, possibly a platoon (no more) and they were strung out along the riverbank with our companion tank a hundred or so yards on the other end. We parked our tank parallel to the river and went about setting up a makeshift camp. We tied a large tarp to the side of the tank that wasn’t exposed to the river. During this time, JC caught me up with the events of the day before.

The attack by the Viet Cong had been intense and the loader was severely wounded. I was, in fact, his replacement. The way JC told me, I never knew he was anything more than a Marine doing his job; if anything, he downplayed his actions during the attack. I didn’t find out about the Silver Star until I joined the VTA several years later. I have to admit, I was scared of the prospect of another attack that might come that night. After a while, we broke out some good old C-Rats (World War II) and began to chow down when all of a sudden, a crackling whizzing sound penetrated the air above us. JC said it was snipers and it was almost a daily occurrence, then cautioned me to stay low when moving around the area.

It was now early evening and Sgt. Alvarado had me relieve the fourth member of our crew who was on watch up on the turret (I wish I could remember his name). I mounted the tank and climbed into the loaders hatch and gazed out across the river to a wooded area along the bank, maybe a hundred or so yards away. It was quite scenic, like on a postcard. I was soon joined by JC who said Sgt. Alvarado wanted to call in to base that our position was all secure. I moved over to the TC hatch and JC called it in.

Afterward, JC remained in the loader hatch, and we began talking about our time at Camp Lejeune. We had a good laugh when we remembered the time we were on a long weekend and drove to Maryland where I dropped him off and went on to Michigan, then picked him up on the way back when I had a tire blowout going down a hill. I lost control and my old ‘59 Ford spun out several times before coming to a halt near a deep ditch. It scared the crap out of both of us, but we were safe. However I was so shaken up that JC drove the rest of the way back to Lejeune. Soon the conversation turned to baseball as we were both big fans. His team was the Baltimore Orioles and mine was the Detroit Tigers. My favorite player was Norm Cash and his was Boog Powell. So we were talking baseball when more shots rang out.

Instinctively I jumped off the tank to my right and JC to the left, then we took cover behind the unexposed side of the tank, away from the river. JC had a strange look on his face and he took a couple steps toward Sgt. Alvarado then collapsed. Everything after that is hazy as I must have been in shock. JC had a chest wound and I know he did not regain consciousness. It was the worst thing I ever saw in my life. A corpsman had immediately been called, but after a few minutes he informed us JC was gone. I vaguely remember everybody shooting up the coastline of the other side of the river where the shots had come from. I sure hope we got the sniper, but we will never know for sure. Soon darkness filled the air and it got really still and quiet…I’m sure no one slept that night with thoughts of an impending attack, but it never came.

The next morning a helicopter came and took Corporal Joseph Clinton Brown on what would become his long journey home to Maryland. We stayed on for another week or 10 days, but I don’t remember anything eventful happening. I only saw action once after that, on August 20. It was a pretty big deal at the time, but I only learned years later that Sgt. Alvarado was awarded the Silver Star and Bob Haller a Navy Commendation for their valor. I’m proud to have been a member of that team even though I can’t remember the names of all involved. On September 8, I was summoned to the company commander’s tent where Captain EV Tunget told me I would be going home the next day. He said some other things too, but all I heard was I was going home. The next month, my four years were up, and I was to begin a new chapter in my life.

Now, 50-plus years later, I still think about what happened that day and wonder why it was JC instead of me. It’s really hard to understand! I think of JC often…Memorial Day, Veterans Day, or when opening the pages of a new issue of Sponson Box. My family and I have visited The Wall in Washington, D.C., several times over the years. It’s quite an emotional experience for me to see JC’s name there with the other 58,000 who gave it all. What a fine young man he was, only 20 years old. I will never forget him.