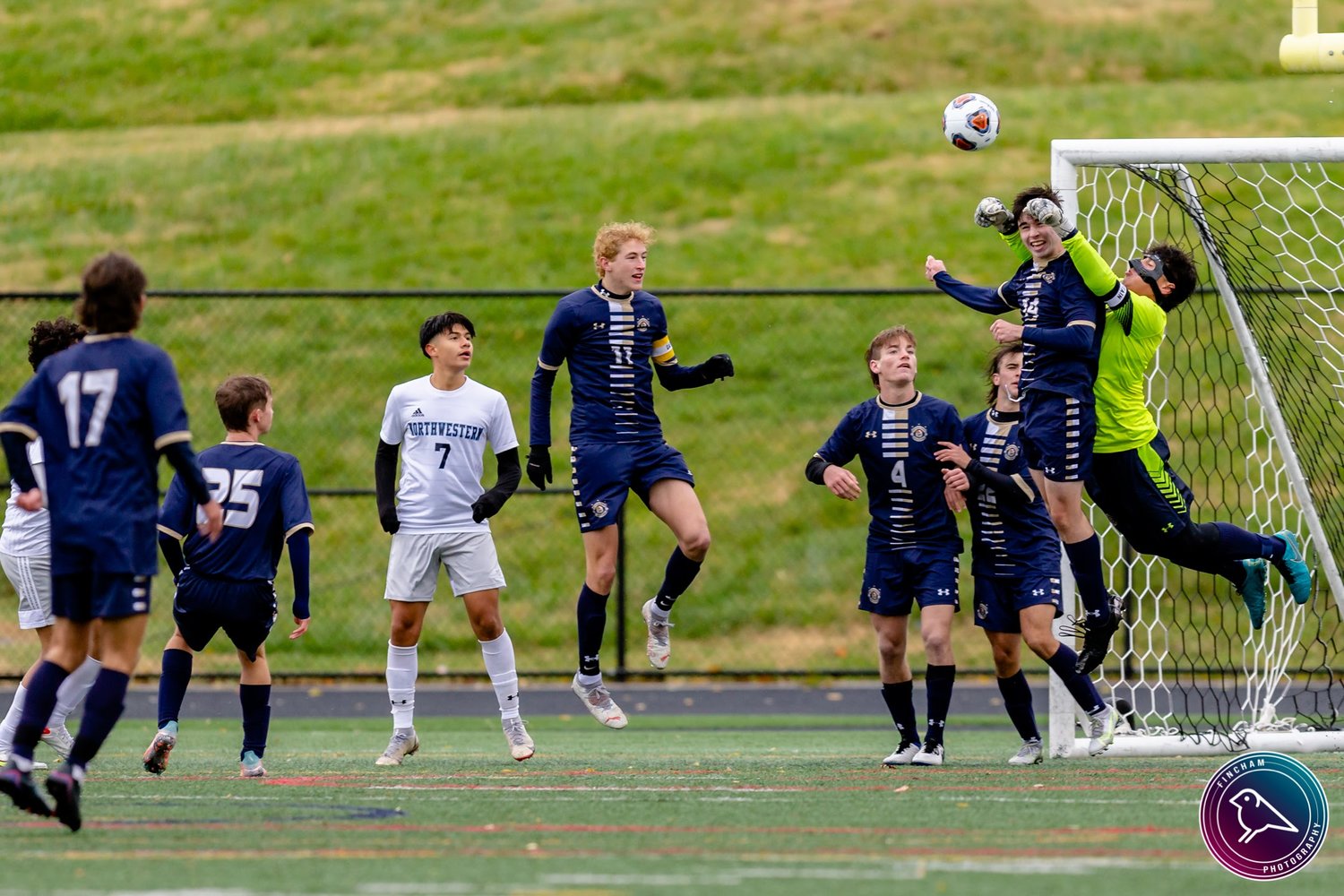 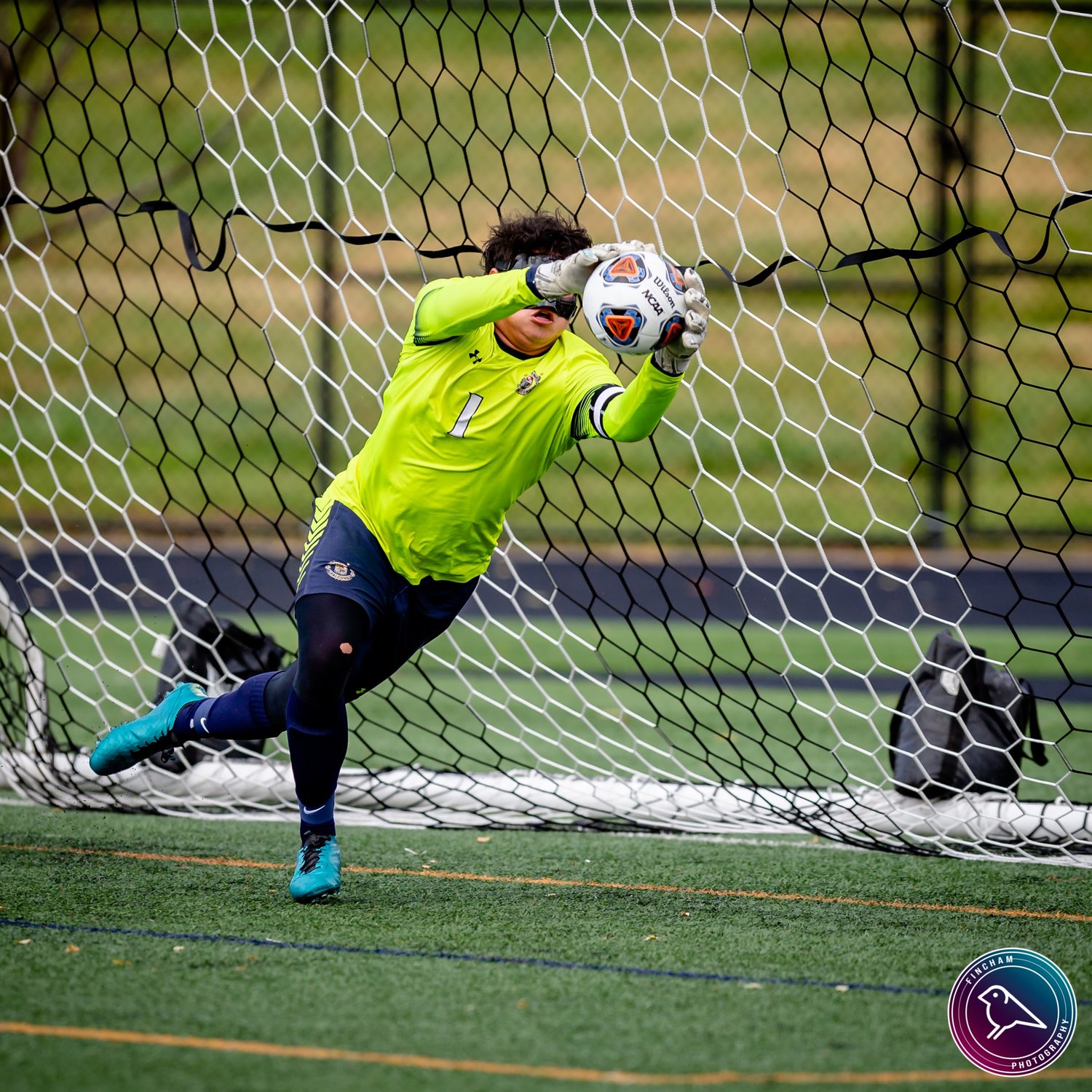 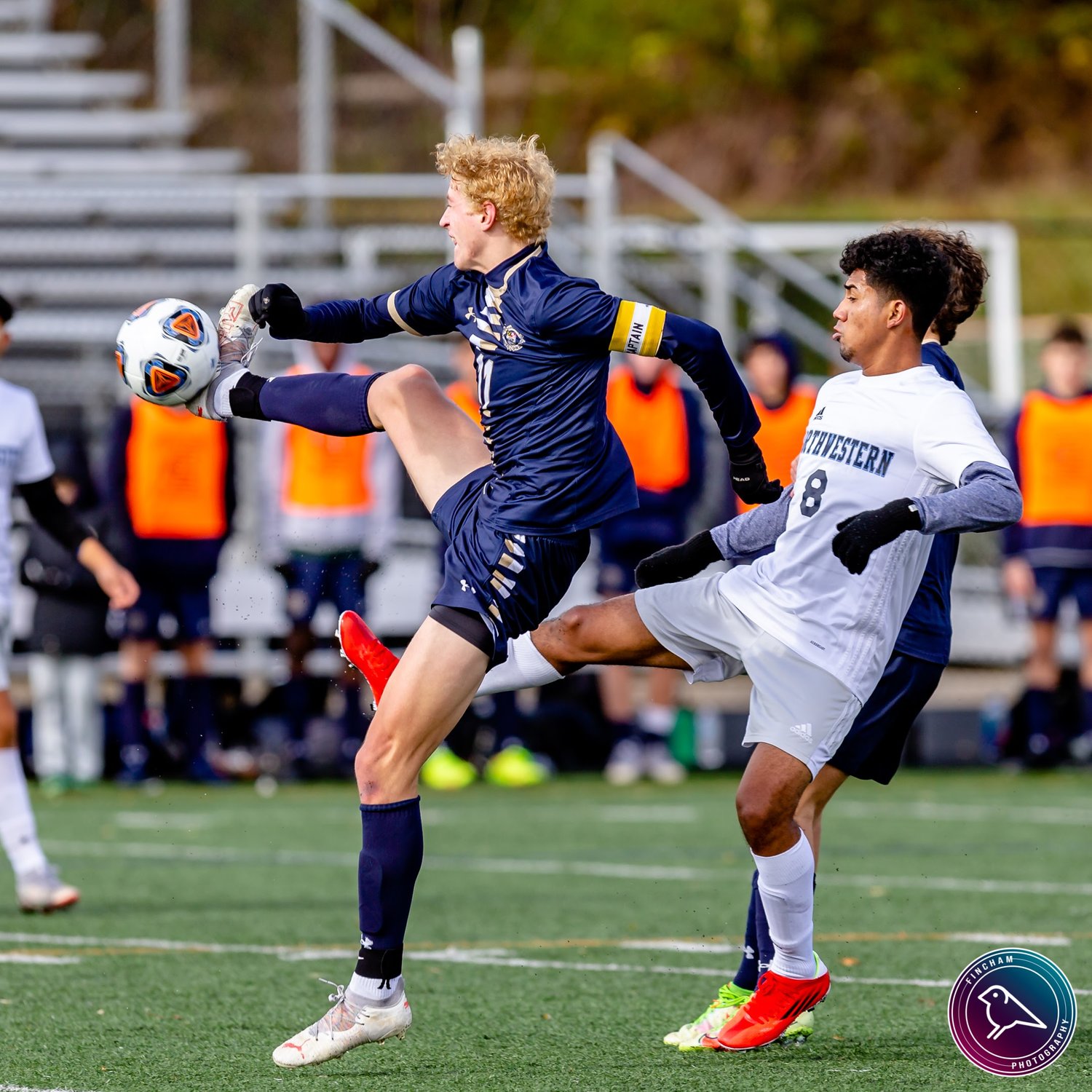 Gus Bachmann (left) served as a team captain and one of the Falcons’ top offensive weapons.
Photos courtesy of Christopher Fincham Photography 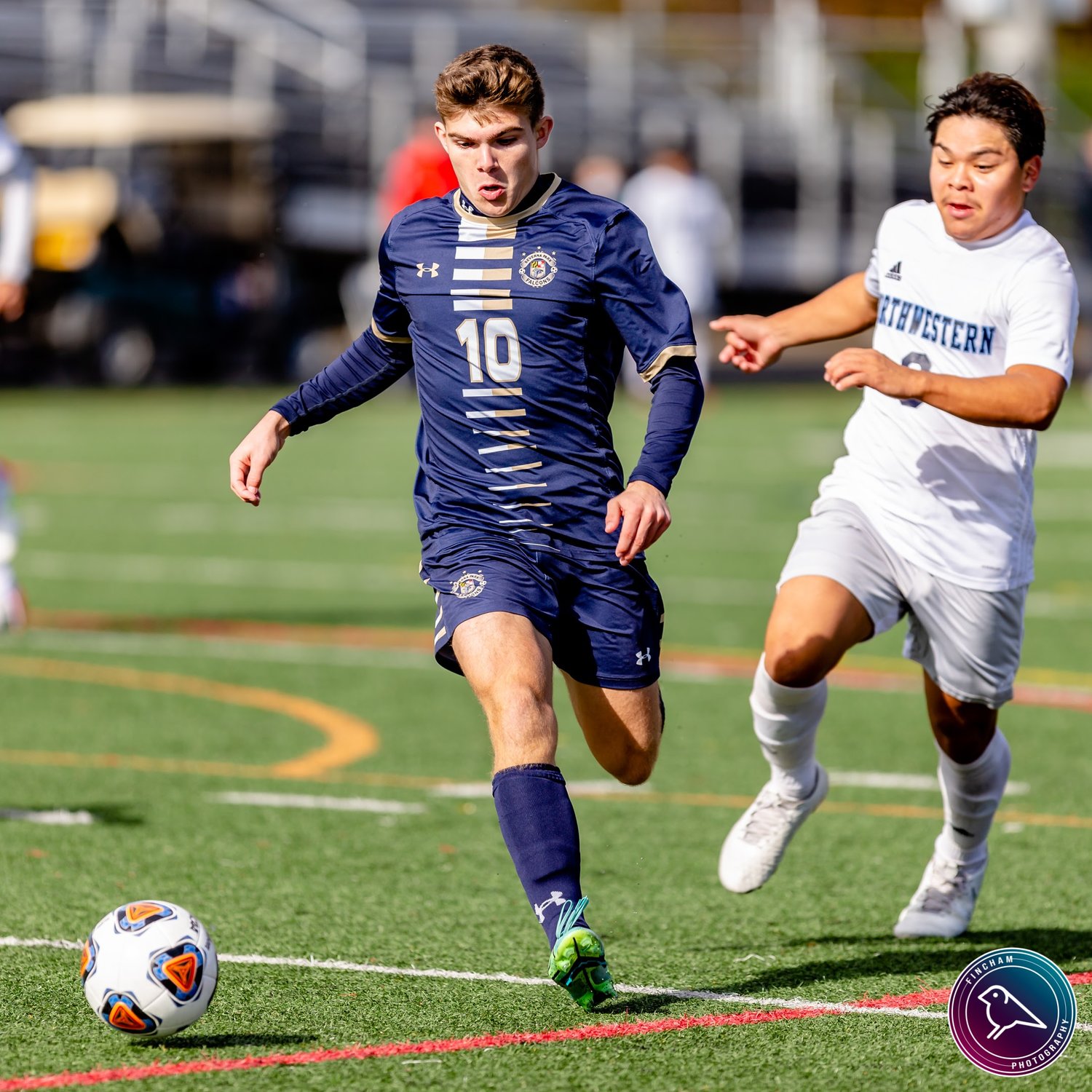 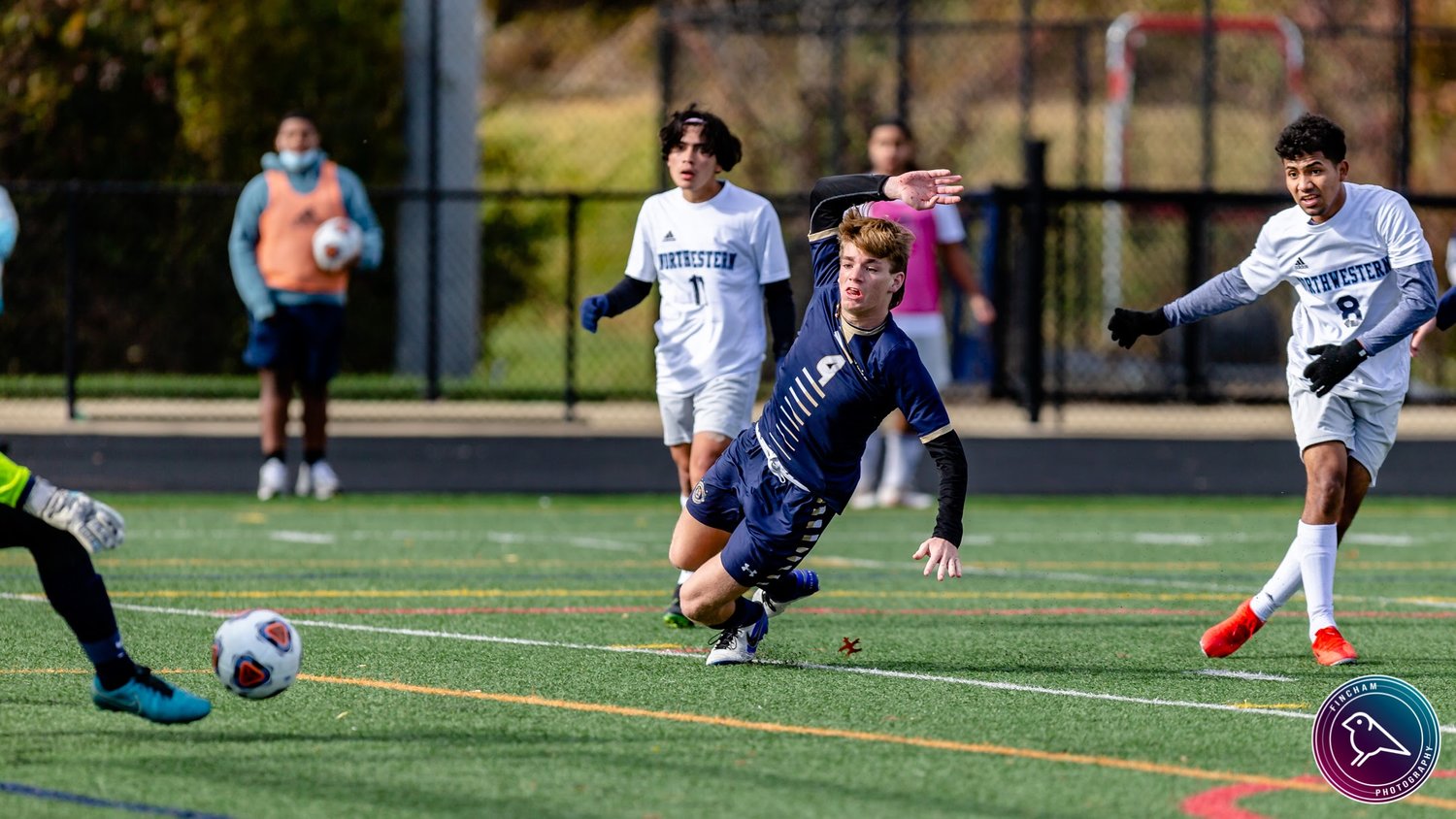 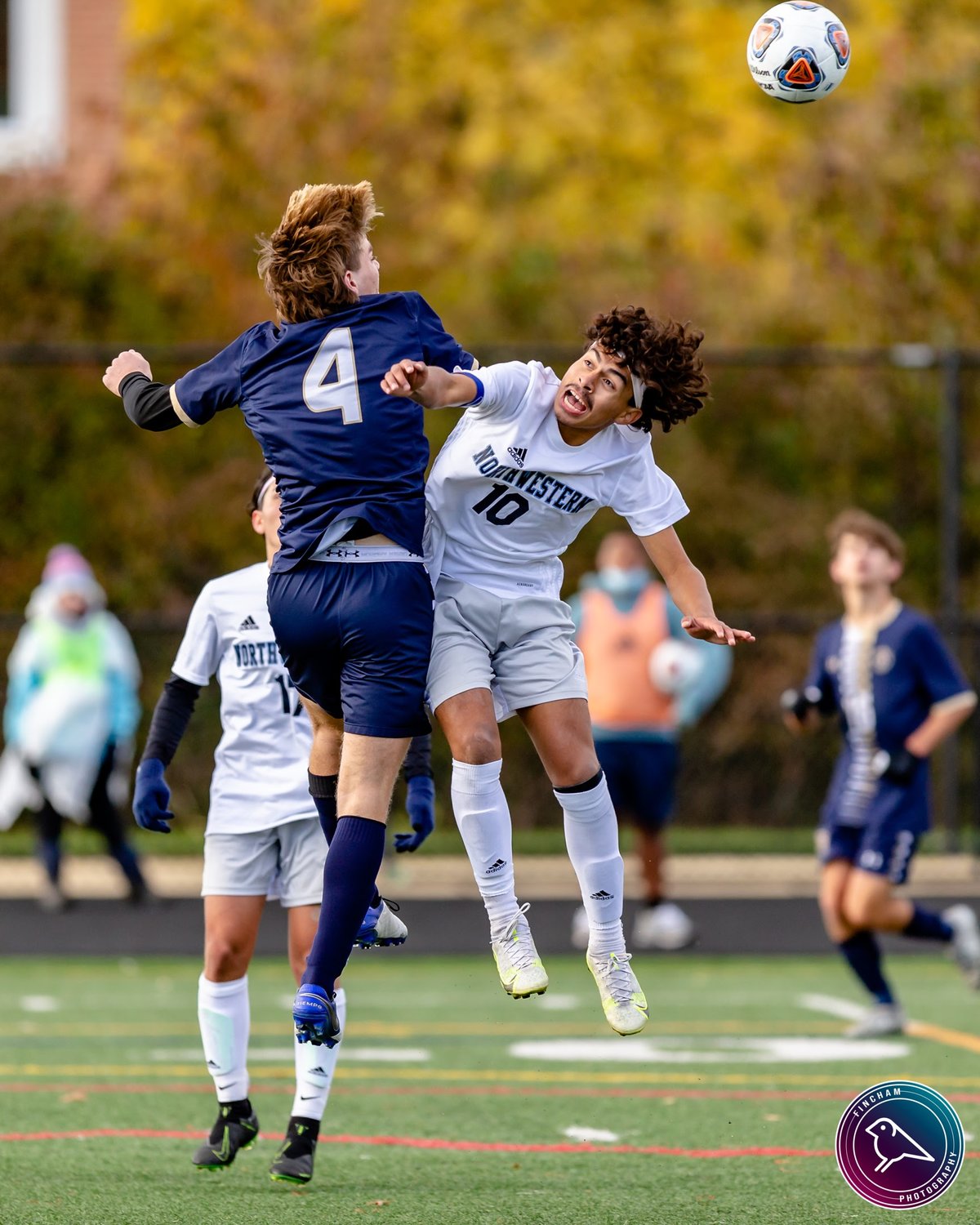 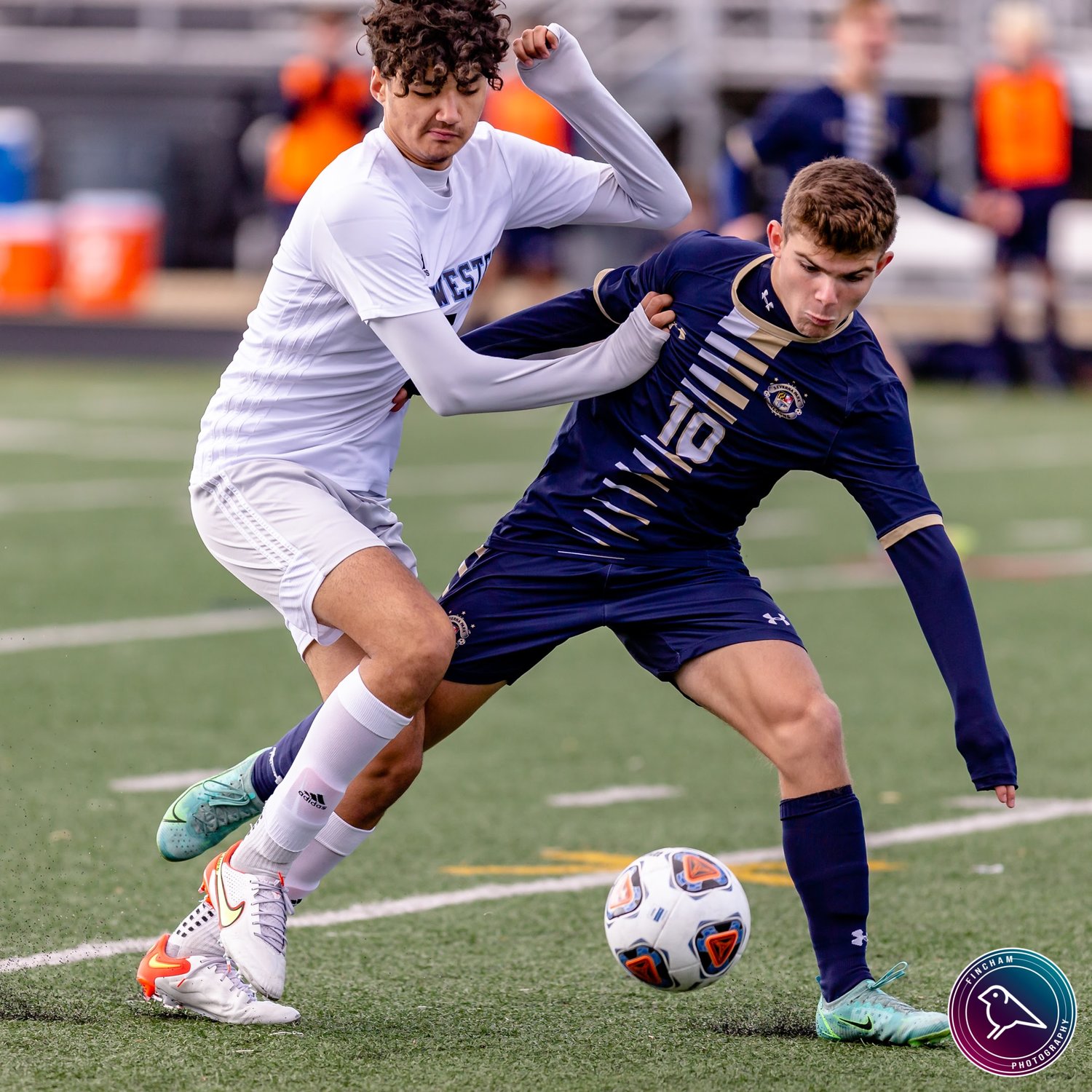 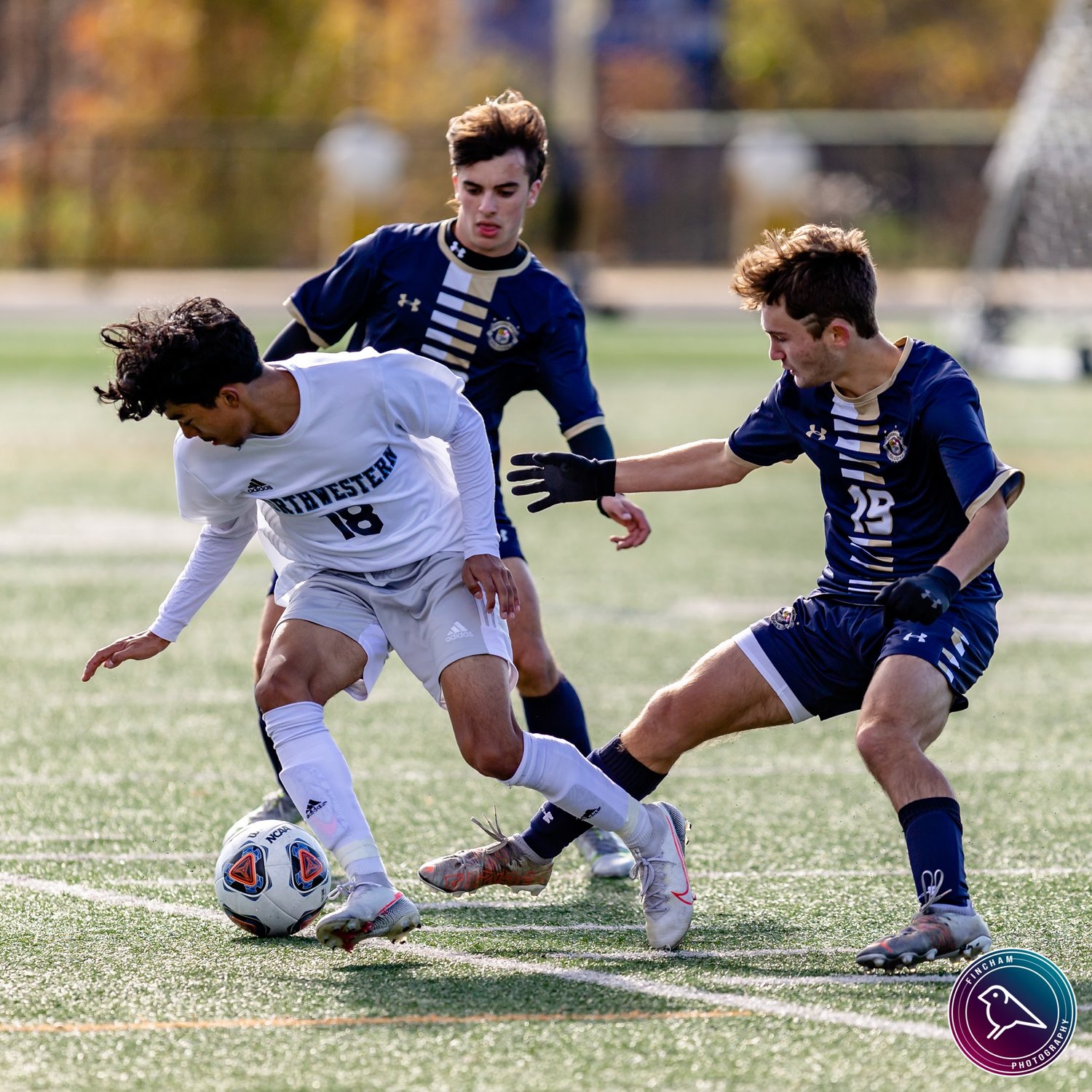 The Falcon defense was stout in a 2-1 loss to Northwestern.
Photos courtesy of Christopher Fincham Photography 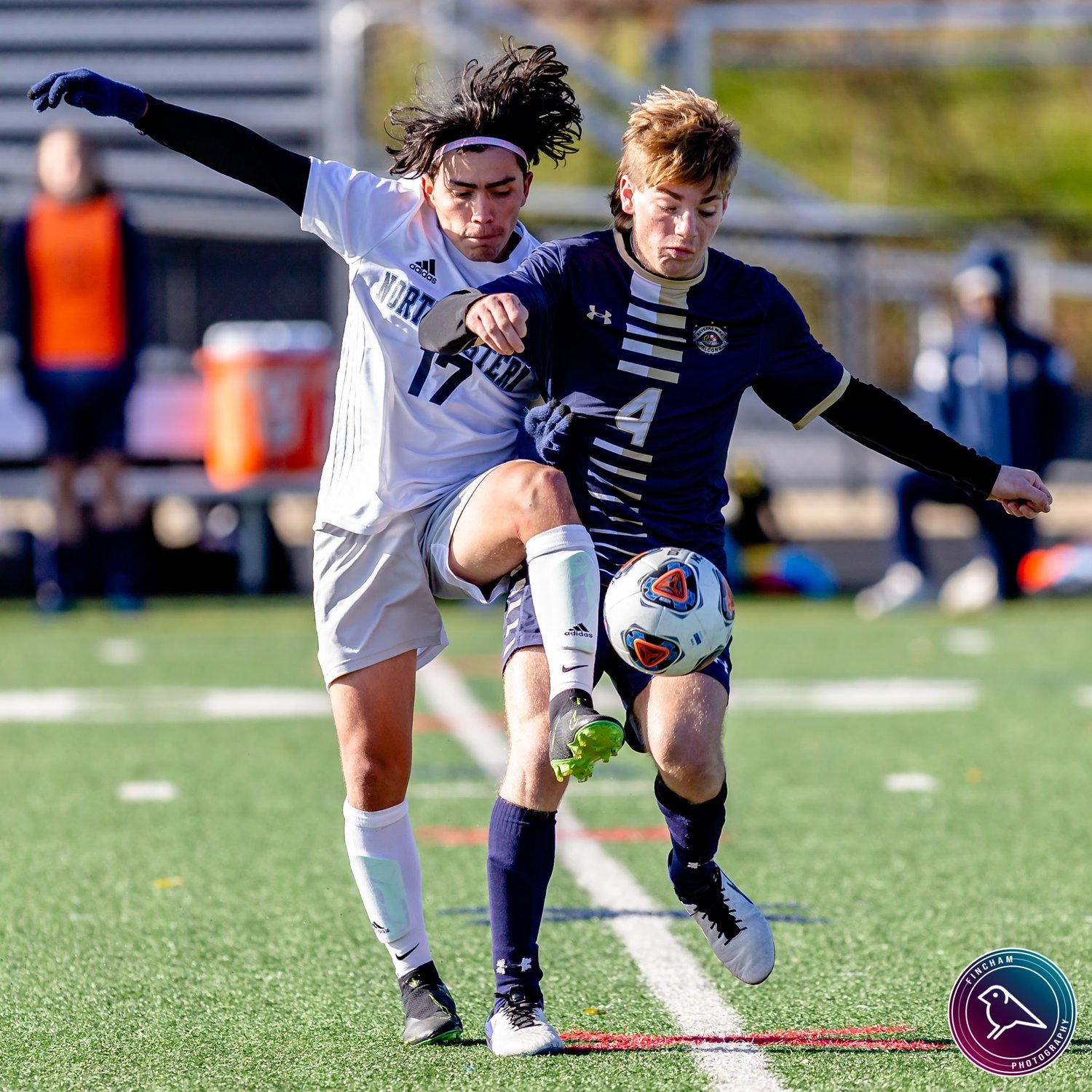 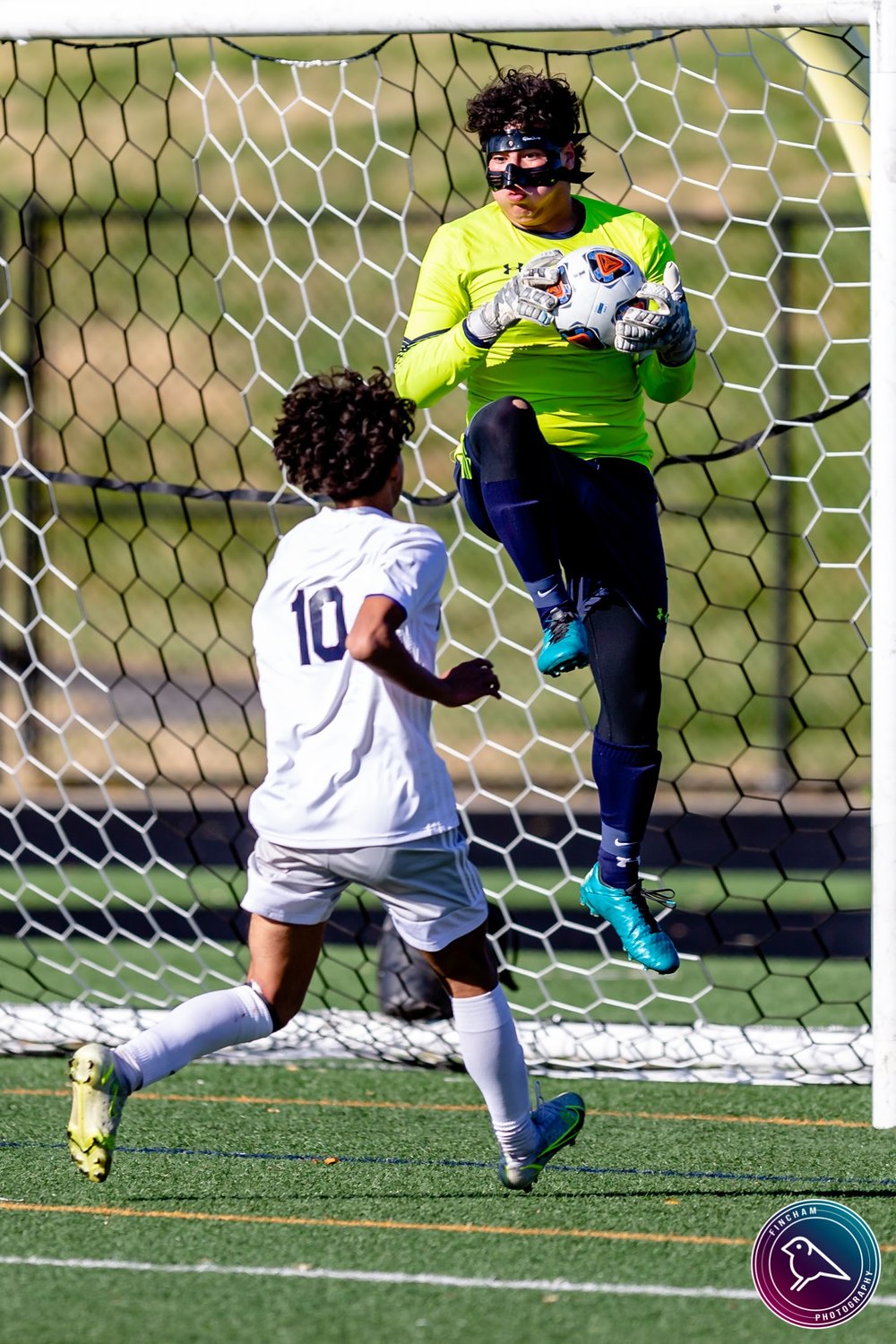 The game and their season was over in a flash, a stunning strike of a goal sending the Falcons home on November 13, sooner than they hoped. The goal gave Northwestern a 2-1 win, advancing them to the state finals, while leaving the Falcons looking back on a great season that they wanted to extend.

The Falcons finished 15-2-1 this season, having utilized their great defense to keep teams at bay. Prior to the state semifinal game, the Falcons had held their opponents scoreless in six of their previous seven games. On the season, the most goals given up by the Falcons was three, in a game against Broadneck in which the Falcons were starting a freshman goalkeeper due to injury.

“As the season went by, the backline strongly improved,” said senior goalkeeper Brandon Asch. “Our desire for the second-chance balls and in the air were phenomenal and I couldn’t be prouder of how many clean sheets we had this season.”

Last year, the Falcons played just five games in a spring season shortened due to the pandemic. Thus, this season was more important to many of the players.

“It meant the world to be given an opportunity to play a full season,” Asch said. “Not having a full season last year truly made me cherish every little moment this year with the team.”

As the season progressed, head coach Ryan Parisi saw what it meant to his players to be able to have another full season.

“It was incredible to be able to have a full season for the kids,” Parisi said. “As the season went on, our team’s togetherness and desire to play for one another always put us in a position to compete.”

Now that the season has ended, the Falcons will have to overcome the loss of graduating seniors. That means replacing team leaders like Gus Bachmann and Asch. But Parisi isn’t worried.

“Every year, our senior leaders take great pride in developing the underclassmen,” he said. “That way, they can set the program up to have continued success.”

For Asch, it will be tough moving on as he prepares for college, but the seniors will always have the memories of their time with the Falcons.

“Out of all of my years playing competitive soccer, I’ve never experienced an atmosphere like it,” Asch stated. “Kids in the stands cheering your name, coming to school dressed up in suits and ties, is something special and I don’t even know if the college level will be the same.”