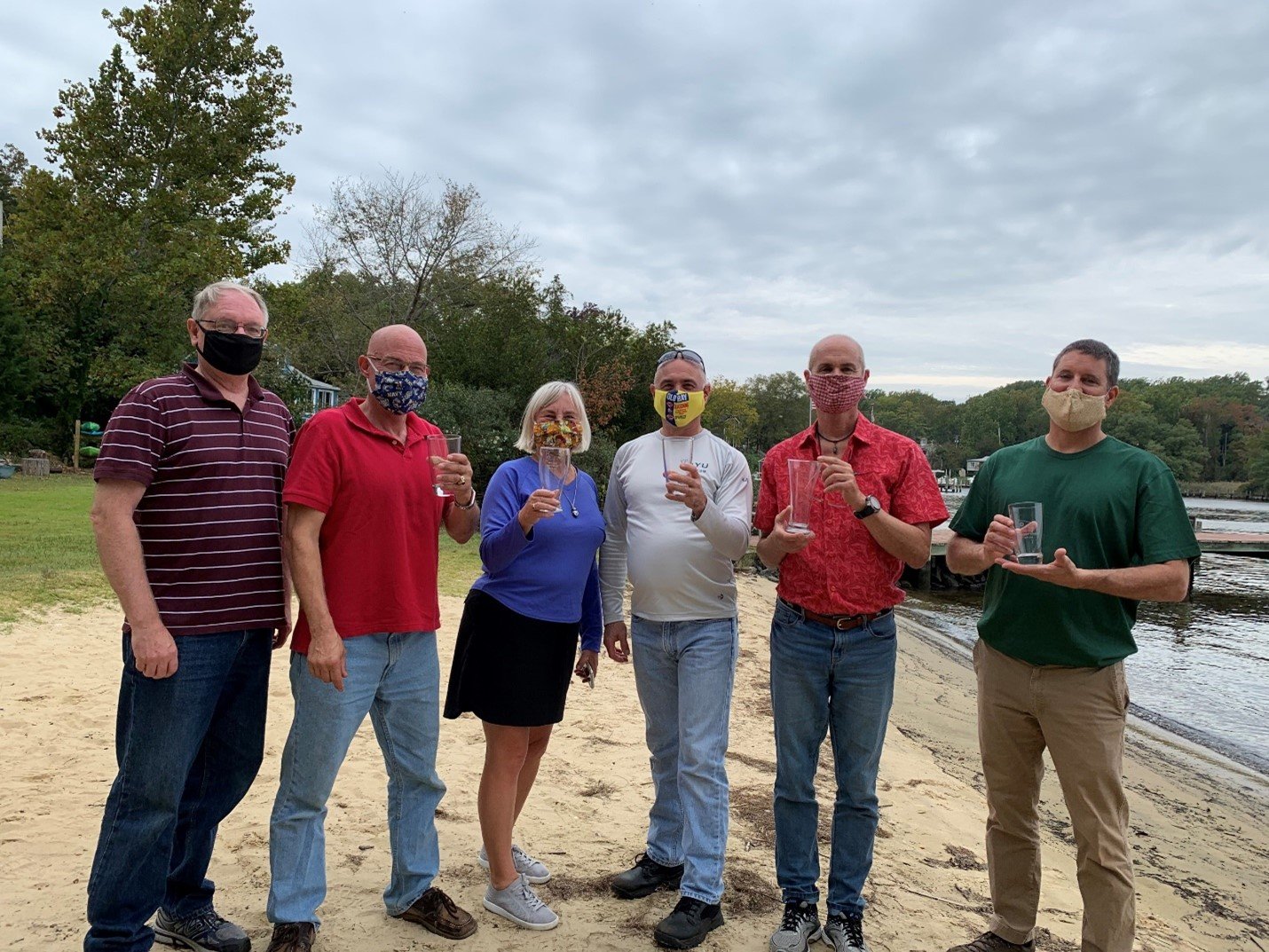 Club skippers keenly anticipated the Round Bay Sailing Association annual awards ceremony held in October to learn the winner of the “Highpoint” for 2020. Other sailing honors were also awarded: CRASH (covered in September), Corinthian, Commodore’s Cup, Most Improved, and Red Lantern trophies.

RBSA awards Highpoint for the best overall scores for Wednesday night racing. According to Chris Drury, vice commodore of RBSA, boats must enter a certain number of races to qualify, as a percentage of total races. Each boat is then given points based on how it did in those races. For example, a boat would have a better score if it beat 15 boats instead of only five boats.

This year’s RBSA Highpoint winner is Lightfoot, skippered by Ken Shuart (pictured with crew). Ken attributed Lightfoot’s success to consistency and paying “attention to the small things, like good jib trim, good kite trim and weight distribution. Constant consideration to these things can save valuable seconds, which can determine the difference between a first or a second place.” Ken and crew dedicated this year’s performance and trophy to the late Wes Saunders, former skipper of Lightfoot who championed the current skipper and crew.

This year’s Corinthian Award went to Don Snelgrove of Himmel for his exemplary Corinthian spirit on the race course. Drury commented that Don was nominated by peers not only for exhibiting a Corinthian spirit but also for good leadership during the pandemic, consistent good sportsmanship and promotion of sailing. The Commodore’s Cup goes to the RBSA boat with the best 2020 record in the charity races: CRAB, Hospice Cup and Leukemia Cup. Mike Miller of Quintet took the trophy this year. Mark Lister of Winsome Ride took the Most Improved award. Mark’s Bavaria 46 moved up 10 full spots in the overall standings for 2020.

Finally, the Red Lantern award is given to the skipper and crew who can appreciate that other forms of performance can be combined with sailing. Some wonder, why show up on a race course with little hope of placing? To sail with friends and enjoy! The Red Lantern award considers important tasks: can you sail an entire race without upsetting a tray of hors d’oeuvres? Can you prepare frozen daiquiris and popcorn while racing? After careful consideration, this year’s Red Lantern award went to Jim Hyatt of Jambo.

All in all, it was a very good season for Round Bay Sailing. Visit us at www.roundbaysailing.com and come join us! The first race of next season will be April 21, 2021.