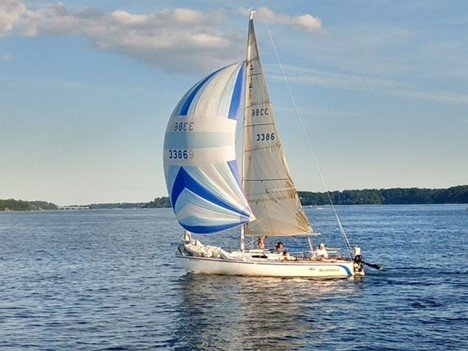 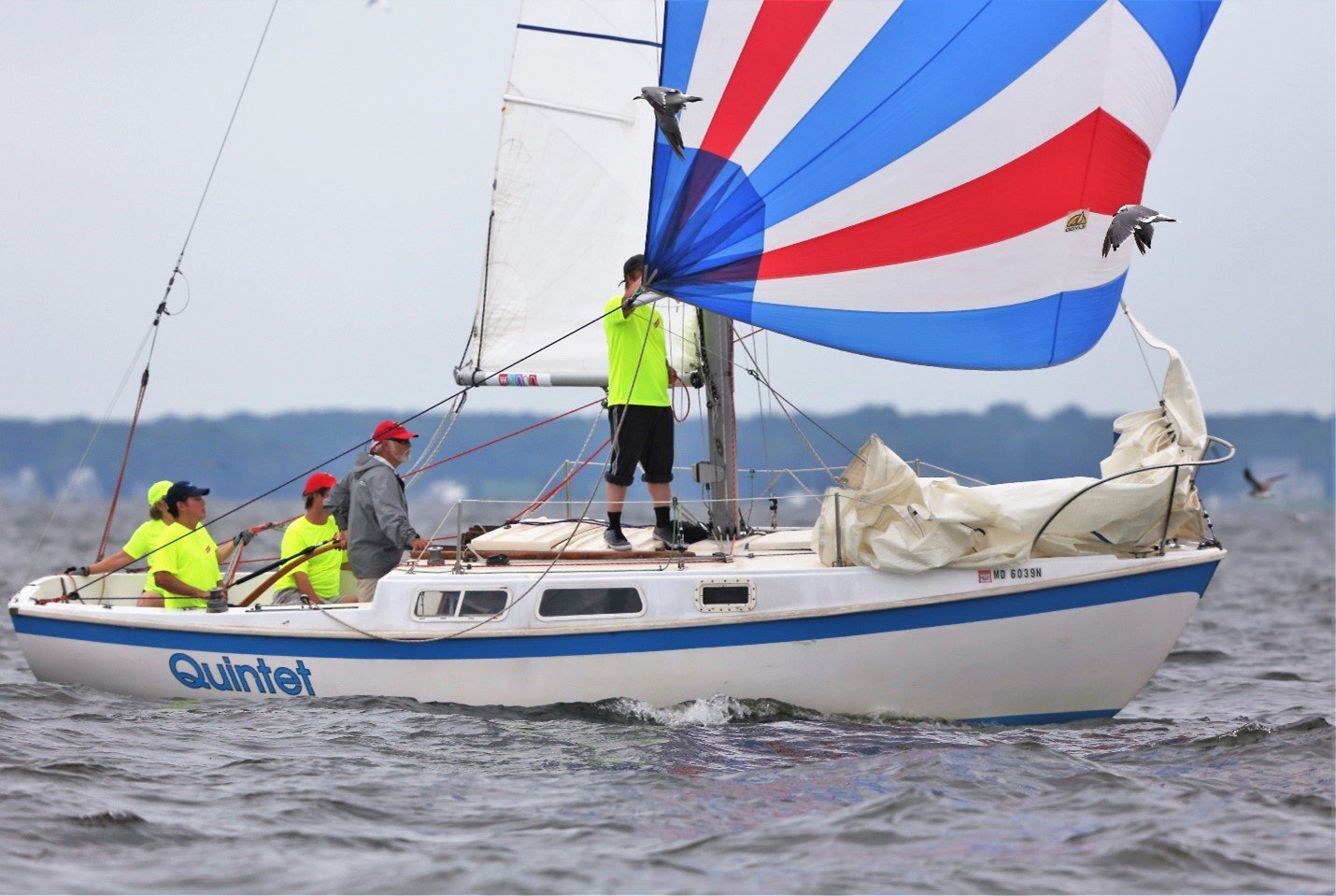 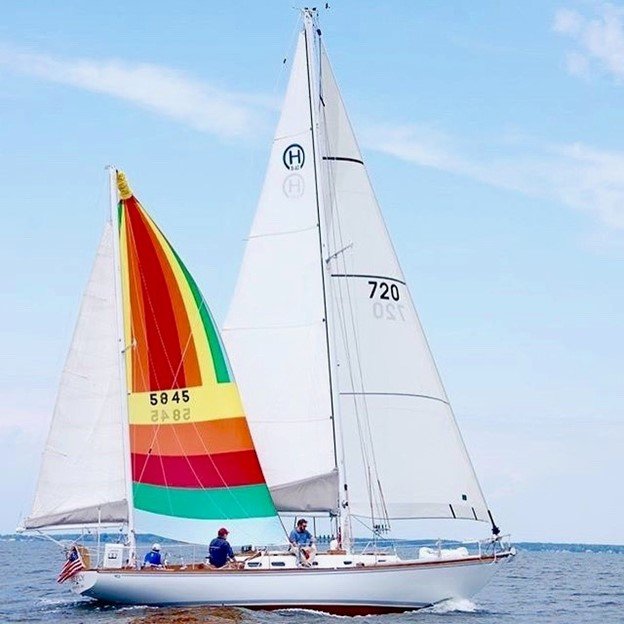 The Linstead Cup race was held September 12 this year, with winds stronger than normal on the Severn River. Wind shifts and gusts made demanding work for skippers and tacticians onboard the seven Round Bay Sailing Association competitors. The start for the cup is always a pursuit start, meaning that boats do not start together and are not scored at race end per a handicapping system. Rather, boats start at differing times, depending on their handicap rating, which allows the first boat to cross the finish line to know that they have indeed taken first place.

The race goes down the Severn River through Round Bay, continuing through the narrows and then rounding any Route 50 bridge span, and back again. The course sounds simple, but in reality, is no cake walk. First, through the narrows, boats must dodge powerboat and sailboat cruisers. Penny Zahn, past RBSA commodore aboard Firefly, commented that boat traffic was not as brisk this year, but there was one very large boat on the course that racers had to dodge. Next, the narrow section of the Severn is difficult to maneuver under sail alone with its shifty winds and many shoals. Many RBSA boats have gone aground in the narrows over the years! Ken Shuart, skipper of Lightfoot, reported no groundings this year, and said that boats finished in “record time” because of the favorable winds, despite the shifts and shoals in the narrows.

According to Gary Patenaude, winning skipper of Seamma, the winds held up most of the race. He recalled that some past Linstead Cup races have been “painful” slogs up and down the river because of low winds. In the pursuit start, Seamma started fourth; Gary knew it would be difficult to catch up to competitors but Seamma was able to pass the leader, Quintet, after rounding the bridge. Mike Miller, skipper of Quintet, also happily reported good winds. Mike explained that if the wind dies after the cup’s start, faster boats (which start after the slower boats per the pursuit start) always catch up to the slower boats that start earlier, so this year the steady winds kept the race competitive. Despite the shifts, the narrows and long race course, RBSA sailors all reported a fun race.

Congratulations to the winners and all participants!

Annapolis has a long, complicated past …

Conversation with a Doc - …