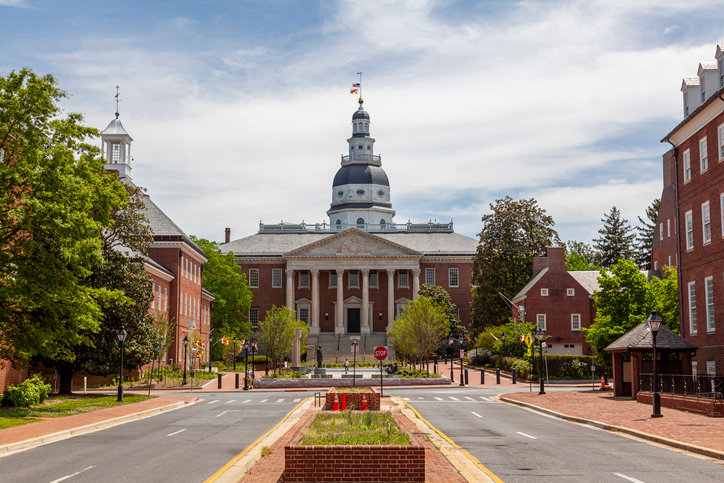 Maryland's State House is flanked by offices for the House of Delegates and Senate. 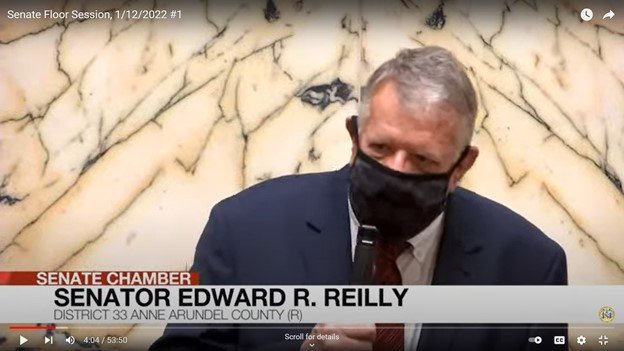 Are speed cameras coming to Severna Park? Is more oversight coming to the Anne Arundel County Board of Education?

Maryland lawmakers in the Senate and House of Delegates have 90 days from January through April to lobby for their priorities and pass legislation. While much of the debate during the 2022 legislative session will involve redistricting, whether to spend or save the state’s $2.5 billion budget surplus, and fixing the economy, several proposed bills involve issues specific to Severna Park and the Broadneck peninsula.

As of January 17, Delegate Heather Bagnall has introduced eight pieces of legislation. One of those, Bill 167, intends to alter the way the Anne Arundel County Board of Education conducts public business. If the law passes, the board would be prohibited from voting on any action after 10:00pm. The law would also require the board to elect a parliamentarian.

Bagnall said the bill is intended to “put some guardrails” into the meetings without limiting the work done by the board members.

“We’ve gone from an appointed to an elected board, and that comes with some growing pains for sure, and they are working really hard to reign those meetings in,” Bagnall said. “… We really didn’t do a good job of providing resources [for the board], unlike the Maryland General Assembly where we have a committee system and we have chairs, vice chairs, institutional knowledge and counsel. The board has very limited resources, so it also means when the meetings don’t have some level of control and consistency, it makes it hard to recruit board members to want to do this job.

Another one of Bagnall’s bills would establish a commission to build a memorial dedicated to Maryland women veterans. Although Cecil County has a monument dedicated to women in the military, it’s not strictly for veterans.

“We wanted one dedicated to women veterans because women veterans are becoming a larger and larger part of the military force and they have unique service and unique challenges,” Bagnall said.

She is also sponsoring bills to require inspections for elevators installed in privately owned single-family residences and to create the Commission on Student Behavioral Health and Mental Health Treatment. That last bill, House Bill 56, is being reintroduced after it passed in the House of Delegates in 2021 but failed to reach the Senate before session ended.

“It’s to try and address an issue that constantly comes up, and that issue is that we ask educators to be health providers,” Bagnall said. “We really want a commission that is working with education but is under the umbrella of the Behavioral Health Administration so that we’re really looking at what our resources are, what our need is, and how we can have a common language. Because even the language we use around behavioral health services — in a health setting, you have a diagnosis. In an education setting, you have a 504 or an IEP (individualized educational program). In a health setting, what you call a counselor is not necessarily the same thing as what you call a counselor in an educational setting. So we really need those two aspects working in tandem.”

She is also working on a protection bill for state employees.

“We have had two whistleblowers in two months who have been either early retired, moved to a different department, or have been relieved of their duties — who brought forth some important information,” she said.

For example, she cited spoiled vaccines distributed at the Maryland Renaissance Festival and Sandy State Park.

As of January 17, neither Delegate Sid Saab nor Delegate Rachel Muñoz — the other two District 33 representatives — had introduced legislation. Entering her first session, Muñoz expects a busy year.

“As a delegate and a mom, I am going to be fighting for the next generation and the taxpayers,” she said. “We should save much of the surplus for a rainy day.”

While Republicans and Democrats will disagree on how to use that budget surplus, members from both sides agree that some of those funds should be saved.

Appearing on WYPR’s program “Midday” with host Tom Hall, appropriations committee chair Maggie McIntosh, a Democrat, said she would like some money to be put into reserves. She also supports one-time expenditures instead of tax cuts.

“If you cut taxes, those revenues will not be there for you to fix the roads, and send kids to school, and provide public health and transportation,” the Baltimore City delegate said.

The Maryland legislature has a Democratic majority, so Hogan and his fellow Republicans will need to compromise to get their wish list funded. Senate President Bill Ferguson, a Democrat, said he is focused on Marylanders’ health and the economy. The House of Delegates has the same priorities: health care, public safety, education, and helping families hit hard by the rising costs of goods and services.

“Our focus will be getting more people back to work, strengthening Maryland families and ensuring everyone can put food on the table and afford basic necessities,” House Speaker Adrienne Jones told her fellow lawmakers.

Whether Marylanders reside in Anne Arundel County or elsewhere in the state, many of them face those same challenges because of the coronavirus, Bagnall said.