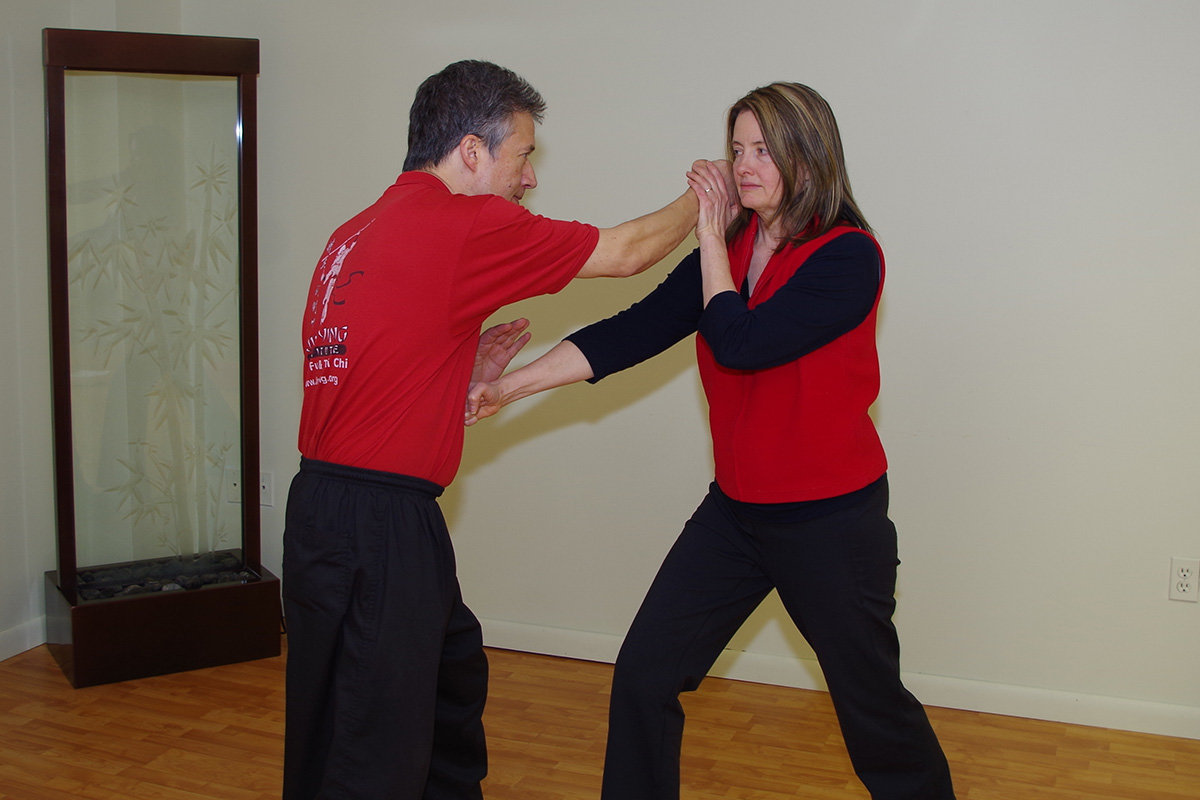 Nancy and Billy Greer strive to promote Jing Ying’s vision to transform lives and build community by providing an environment where every student — regardless of age, health or fitness level — can achieve their full potential. 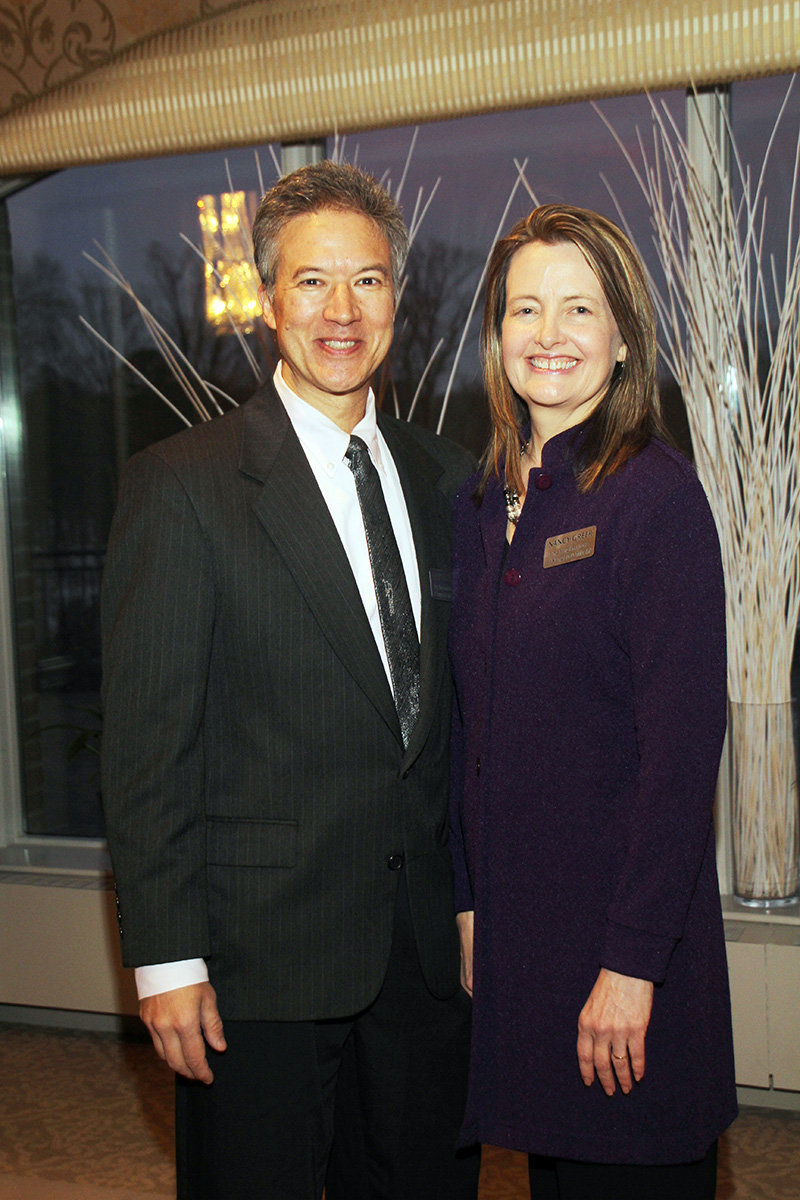 Nancy and Billy Greer strive to promote Jing Ying’s vision to transform lives and build community by providing an environment where every student — regardless of age, health or fitness level — can achieve their full potential.
Previous Next
Posted Wednesday, August 12, 2020 12:37 pm
By Zach Sparks

Jing Ying – a Chinese expression meaning “best of the best.” For 20 years, the Jing Ying Institute of Kung Fu & Tai Chi has helped both adults and children of all ages reach their full potential.

The studio opened in 2000, with Billy and Nancy Greer becoming involved in 2001. After learning that the martial arts studio was in danger of closing, they had to step in. Jing Ying had become a mainstay in their lives, especially for their son, Glen, and daughter, Lane. So, the family took a leap of faith, keeping Jing Ying’s doors open by becoming small-business owners.

Since then, they have become a visible part of the community. Local residents may have seen them performing in the Cape St. Claire Strawberry Festival parade, the Severna Park Independence Day parade, and at area schools and businesses.

“Being part of the broader community and the local community have always been really important to us,” Nancy said. “It has always been my goal in both my career and personal life. From working with the developmentally disabled, working as an educational consultant, volunteering, to my current role as owner of the Jing Ying Institute of Kung Fu & Tai Chi, it is the common thread that runs throughout my life and work.”

“People assume that kung fu is for fighting, and the emphasis is not really fighting; it’s self-defense,” Billy said. “At its heart, it’s about learning how to use your body properly.”

Billy came to that realization himself after first trying karate many years ago. He enjoyed the experience, but karate wasn’t for him. Billy later found the ideal fit: a kung fu school employing the same style Jing Ying teaches today. As his instructor at the time explained, karate is like a stick — easy to pick up and apply, but also linear in movement. Kung fu is like a whip, which is unnatural to wield at first but capable of doing more damage and being more flexible than the stick.

“Kung fu is more circular, more fluid in the motion, where karate was more linear and about the power you can generate,” Billy said. “That was my first lesson in the idea that softness can overcome hardness.”

Billy and Nancy credited tai chi — a type of kung fu — with helping one of their students lose 70 pounds.

“We had someone who couldn’t stand at her sink and wash dishes for more than five minutes,” Nancy said.

“Within her first week, she made it through an hour-long tai chi class,” Billy said.

“There’s a myriad of health benefits,” Billy said. “I have always said if the health benefits of tai chi were available in a pill form, it would be the miracle drug of the century.”

Those benefits are available to everyone. It’s a myth that kung fu and tai chi are only for children.

“Seventy percent of our enrollment is adults, and the median age is in the 30s and 40s,” Billy said, “but we have students, especially in the tai chi program, in their 80s.”

Nancy and Billy strive to promote Jing Ying’s vision to transform lives and build community by providing an environment where every student — regardless of age, health or fitness level — can achieve their full potential in body, mind, and spirit and be an active part of the community. Through Nancy’s efforts, Jing Ying has raised over $100,000 in cash to support charities, almost two tons of food and clothing, and has donated services to local schools and charities.

When her mother died from severe complications from Alzheimer’s three years ago, Nancy made that the new focus of her charitable efforts. On the day after her mother’s memorial service, she led Jing Ying’s first team in the Walk to End Alzheimer’s as they became the top fundraising team for Anne Arundel County. Since then, the Jing Ying team has remained in the top teams, and Nancy was also the top individual fundraiser in the last walk.

Through an annual silent auction, Jing Ying has been a been an advocate of SPAN. The Greers also provide an annual self-defense workshop during the Lunar New Year to raise funds for organizations such as The Bernie House, an Annapolis home for families affected by domestic violence.

While community has continued to be on the minds of Billy and Nancy since the coronavirus pandemic started, so has the health of their students. Jing Ying is operating with students’ safety as the highest priority. Jing Ying started outdoor classes in June, moving inside only when the heat or humidity are too high or the weather is otherwise bad. Students maintain 10 feet of physical distance and can work underneath a 32-foot shade sail in front of the building.

“We’re not doing any contact training, so a lot of the sparring and application drills that we practice, we’re not doing that with a partner,” Billy said. “But we can do other drills focusing on forms and routines.”

Participants can register online, or if they feel uncomfortable around other people because of the pandemic, they can tune in to livestreamed classes.

“Kung fu schools traditionally are organized like a family and so the idea is that when you join that school, you are becoming part of a larger family and that community,” Billy said. “I think that is part of what attracts people to Jing Ying. It is a very supportive environment where more experienced students are always interested in helping the new ones.”

Why All The Stock Splits?

Benedict Arnold is the most famous …