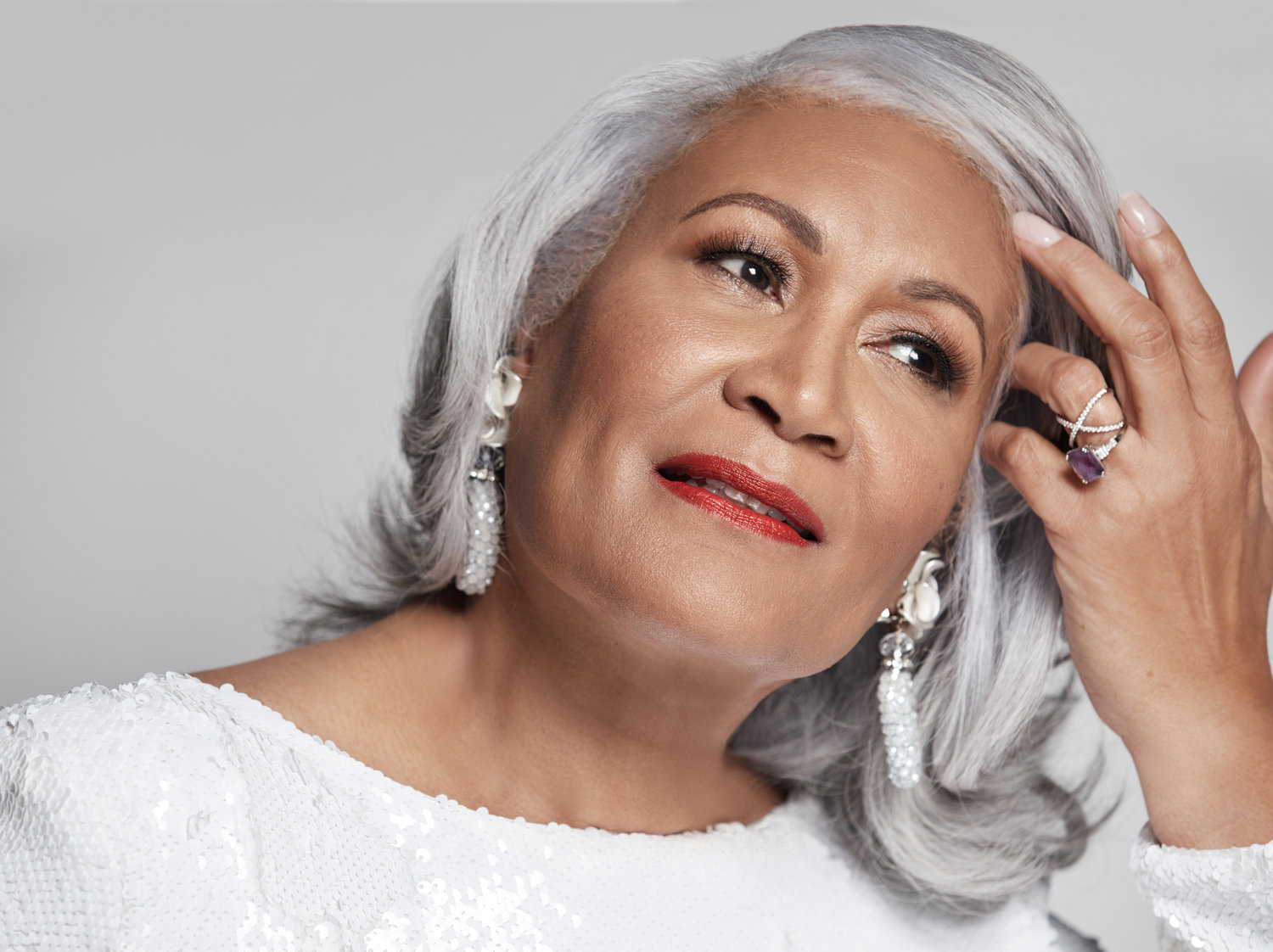 On Sunday, June 13, Jazz Beyond Borders will present Washington, D.C. jazz star Hazel Mitchell-Bell in an outdoor CD release concert at Cafe Mezzanotte in Severna Park as part of its monthly world music and jazz series.

Hazel Mitchell-Bell will share music from her new album, “Sack Full of Dreams.” Already garnering great reviews, the recording celebrates the singer’s versatility with unique renderings of jazz, blues, R&B and showtunes. In a garden courtyard setting, listeners will be treated to live versions of new album tracks along with select favorites from Mitchell-Bell’s high-charting 2018 album “Stronger Than Ever.”

Working closely with pianist and music director Vince Evans since 2016, the stunning vocalist has performed and recorded with orchestras and smaller ensembles, stoking the fires of the D.C. jazz scene. She has enjoyed one sellout after another, appearing in festivals, concerts and clubs such as the Kennedy Center, City Winery, the Preservation Jazz Festival, the Mid-Atlantic Jazz Festival and the Sheldon Cultural Center in St. Louis. Her vocal stylings have been compared to jazz giants Nancy Wilson, Sarah Vaughan and Phyllis Hyman.

The new album has been receiving high praise from critics at home and abroad since its official release in May. George W. Harris of Jazz Weekly writes, “Classy and uptown soft swing and soul is delivered by vocalist Hazel Mitchell-Bell as she gives tribute to all of the right inspirations.” Susan Frances of Jazz2love writes “Her blend of jazz, soul, R&B, and bossa nova feel like home, surrounding the listener in comfort and bliss.” New listeners may especially enjoy classics such as the titular track “Sack Full of Dreams” by Gary McFarland and Louis Savary and Buddy Johnson’s 1955 jazz ballad “Save Your Love for Me.” Her longtime fans will fondly remember tunes from the earlier album “Stronger Than Ever,” which peaked at No. 12 overall on the Roots Music Report Top 50 Jazz Chart. Nina Simone’s 1966 social narrative “Four Women,” recorded on Philips Records and Hoagy Carmichael’s “Skylark,” are among the songs revisited.

Music director and pianist Vince Evans has earned respect from peers and fans in his extensive career as a musician, producer and educator. He has worked with celebrities such as Phyllis Hyman, Al Jarreau, George Benson, Luther Vandross, Eddie Murphy, MC Hammer and Prince. Evans holds a bachelor’s degree in music production and engineering from Berklee College of Music and runs a recording studio, rehearsal space and teaching facility.

Cafe Mezzanotte is located at 765 Ritchie Highway. The venue offers Mediterranean cuisine, which includes ingredients from an organic garden adjacent to an open courtyard. There is ample outdoor seating, plenty of space for social distancing, and parking is free and convenient.

Seating for the performance is from 4:30pm – 6:30pm. Show tickets are $25. Purchase them online from instantseats.com. The rain date for this event is June 27. For more information, call 410-647-1100. Check out Hazel Mitchell-Bell’s new album at www.hazelmitchellbellmusic.com.

Now in its sixth year, Jazz Beyond Borders is a cultural diversity project of the Maryland-based Phillips Agency. The organization brings world music and jazz artists to festivals, concerts and classrooms and launches albums and tours in North America and Europe. Events are presented in live, streaming and hybrid formats. The organization will present new festivals in Severna Park and Annapolis in 2021 to benefit The Food Project. Learn more from www.jazzbeyondborders.com.

Through The Eyes Of Others: Producer Discusses Documentary About Dreams, Success And Friendship

Conversation with a Doc - …