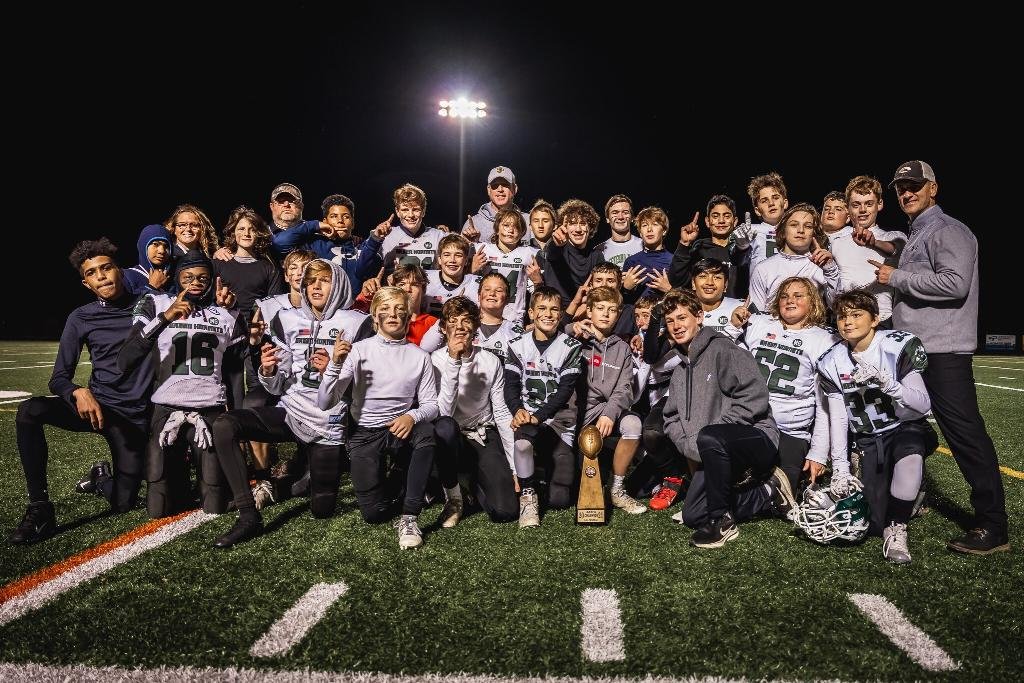 The Green Hornets 14U second team won the 14U Central championship this fall, beating the Southern Bulldogs 16-6. For head coach Roy Bowerman, it was a title four years in the making. Bowerman had coached some of the same kids for the previous four years, having moved up to the next age group to keep coaching them each year. About six of the kids he started out coaching stuck with him all through the past seasons, with Bowerman calling them his OG (original) kids.

“The kids believed in the process, themselves and each other,” Bowerman said. “One of my OG kids, who had been with me from the beginning, came to me as we subbed him in with about a minute left in the championship and said, ‘Coach, it took us four years, but we got here!’ And gave me a big hug. That is what it is all about.”

Bowerman will miss his team’s camaraderie. “I hope that they remember that hard work and dedication produce results,” Bowerman said. “They were dedicated to their football family, and they worked hard each and every week.”

Bowerman’s team finished 9-0 on the season and scored 209 points while giving up just 18.