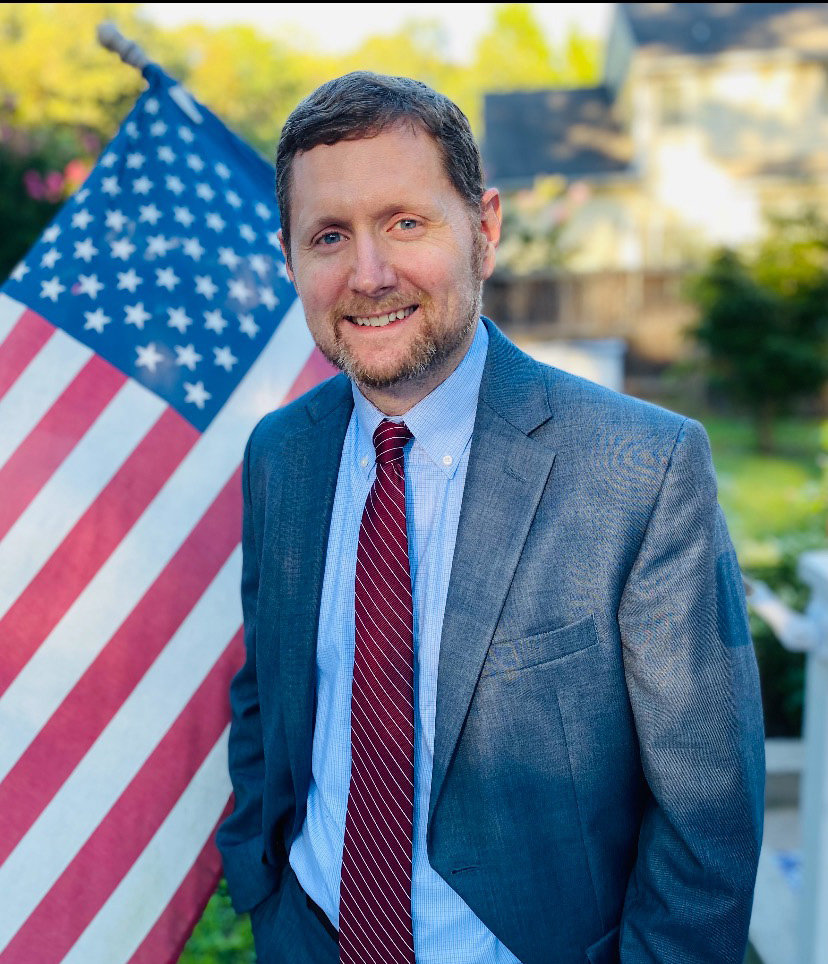 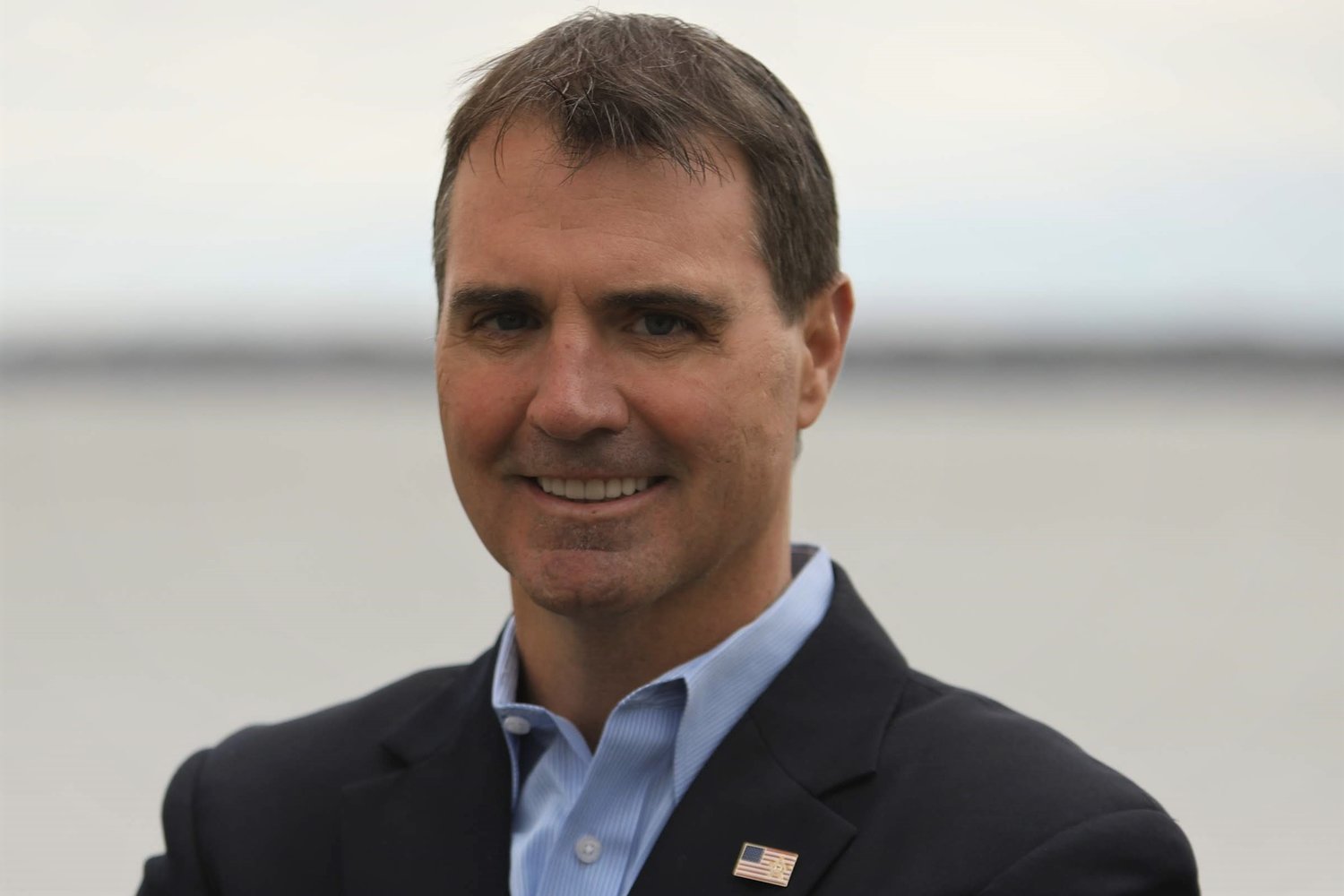 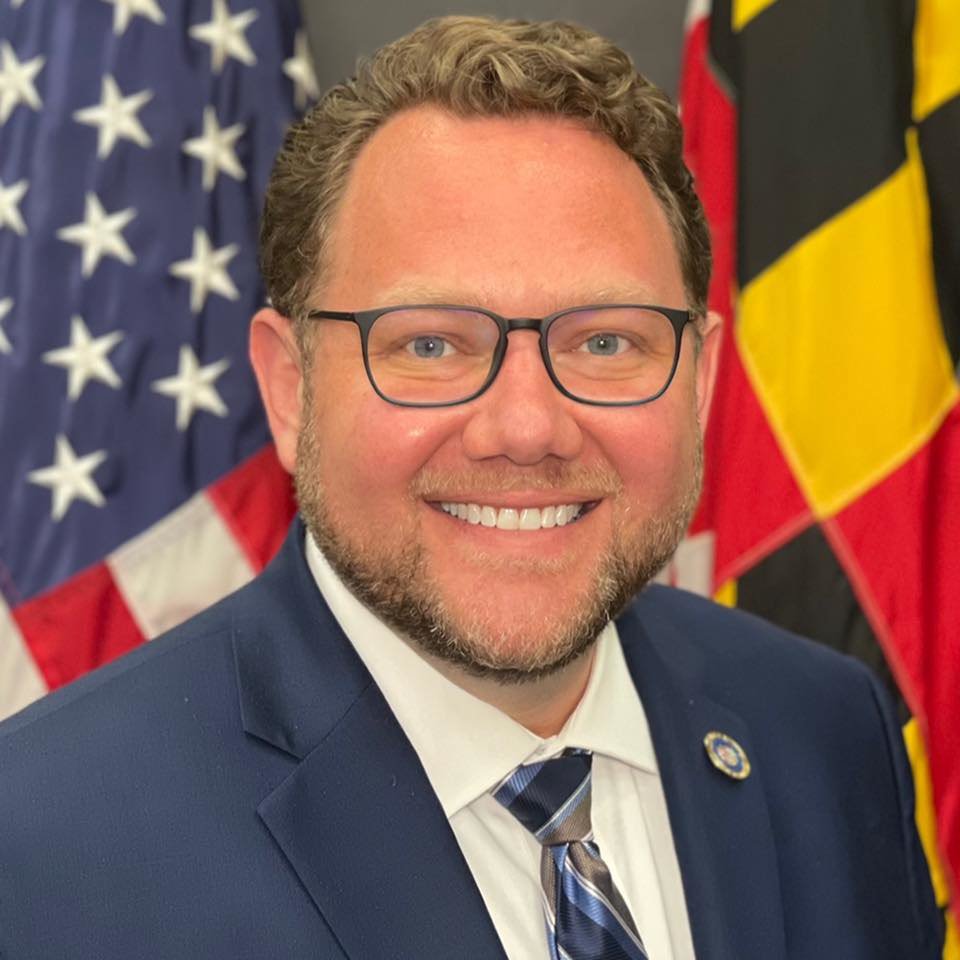 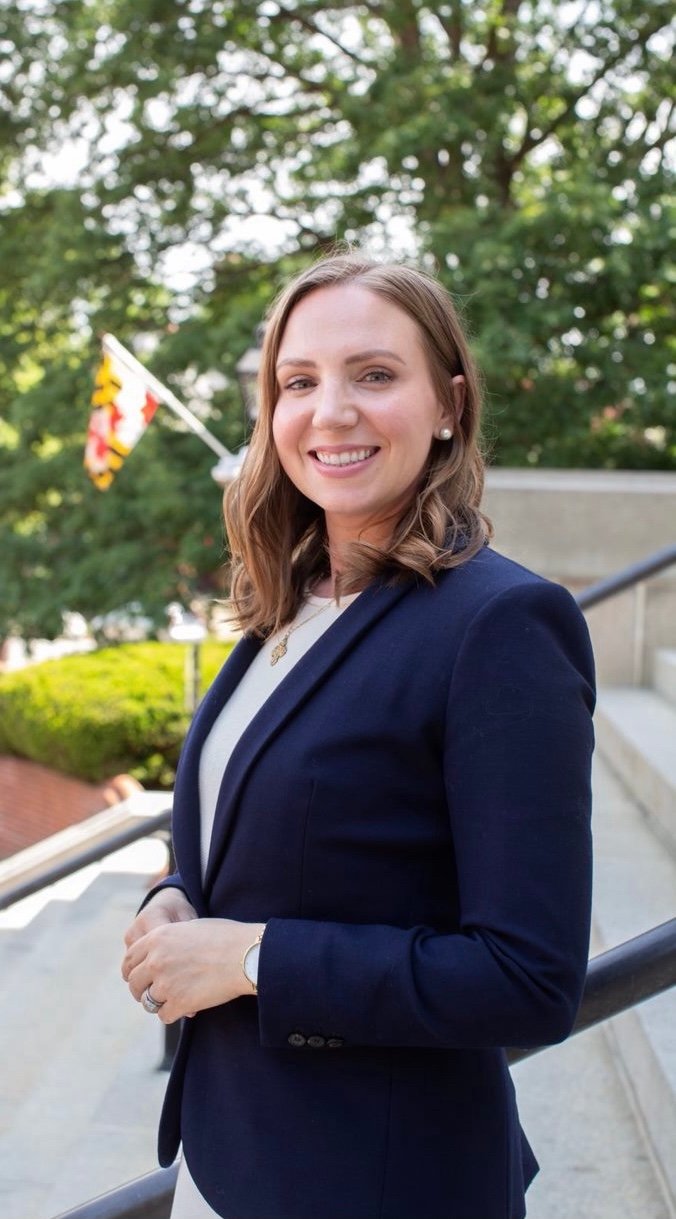 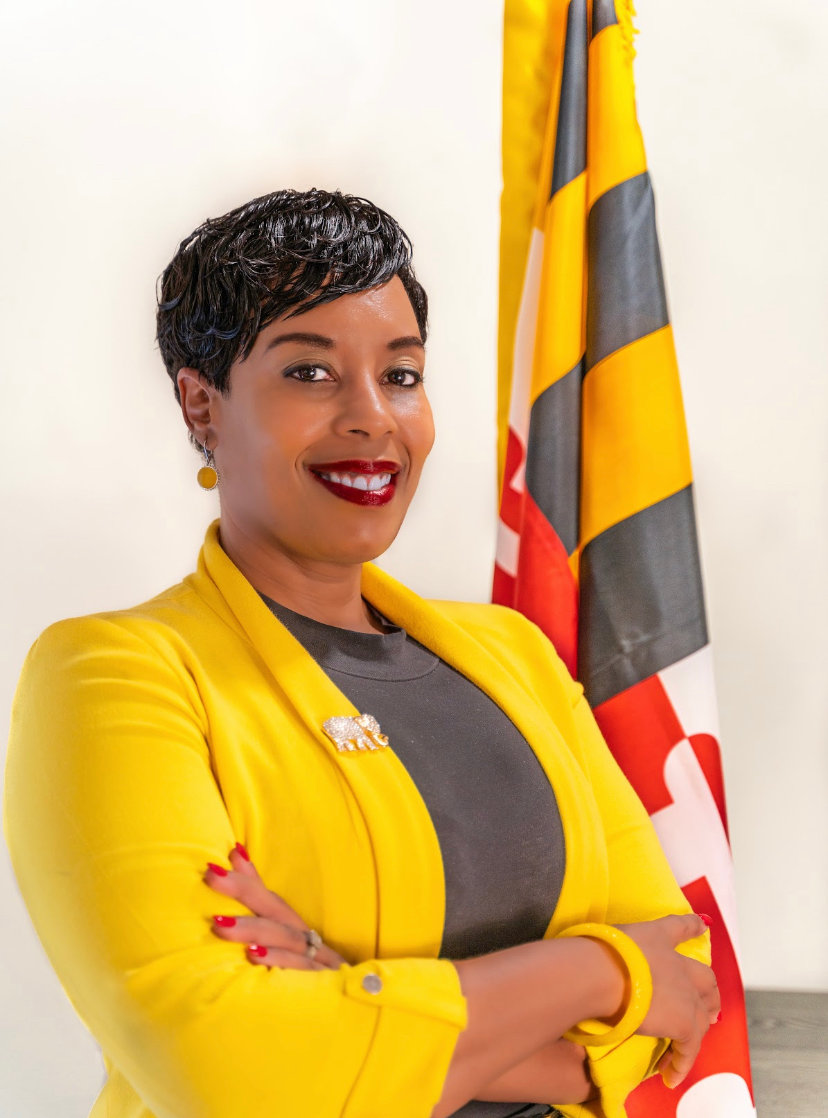 In our May edition, we featured a Meet the Candidates segment with bios on the people running for office. With early voting for the primary election starting on July 7 and Election Day scheduled for July 19, we asked the candidates about their priorities and experience.

While not every candidate could respond, we hope the responses we collected will inform voters headed to the polls this month. Some responses have been edited due to space limitations.

What would be your three priorities upon taking office?

First, there must be a relentless and primary focus on the financial security of the residents of District 31. This includes helping small businesses grow, providing needed relief for working families, and safeguarding the hard-earned money of retirees and seniors. Immediately, Maryland should fully index all deductions and credits in its tax code to inflation to guard against the harmful unlegislated stealth tax that results from inflation.

We should also cut taxes on those living on fixed incomes, including retirees and seniors. This relief should not be financed by taking money from necessary public investments for the future. Instead, it should be enabled by closing the tax loophole on large out-of-state corporations that also gives them an unfair advantage over your local community business.

Second, we have to protect the environment from pollution and stand against development run amuck in our own backyards. We should be aware that my opponents have received significant campaign donations from housing developers. We also should be alarmed by a report from the Environmental Protection Agency that questions the safety of our drinking water due to understaffing at the Maryland Department of the Environment. We need to enforce the law, appropriately fund our state agencies and hold polluters accountable.

Third, providing for public safety is the essential function of government. As a former federal prosecutor and military officer, I would effectively partner with our law enforcement agencies on this core responsibility. I am very disturbed that all three of our current delegates voted against banning ghost guns, which are untraceable firearms that can be purchased through the internet without a background check and have become the weapon of choice for criminals. A few delegates have received generous donations from the firearms industry.

What would be the greatest challenge you would face in this office?

The political environment. We should work together to secure a better future and leverage the best ideas from both parties and not be inflexibly beholden to any interest group. But, unfortunately, too many treat politics as a zero-sum game and have their views constantly re-enforced in their own respective echo chambers. This polarization is greatly exacerbated by the influence of “all or nothing” interest groups on both sides that work to foreclose nuanced discussion and policy.

What aspect of your background or your experience sets you apart from others running for this office?

Unlike my opponents, I haven’t received significant donations from big developers and the firearms industry. My professional career began in the military and included service overseas in Iraq. I also worked as a special United States attorney and investigated and prosecuted drug, gun and violent assault offenses. I now work in the private sector predominantly with businesses seeking to grow and protect their success.

I learned from these experiences that a leader must take ownership and responsibility. I have met with residents of District 31 who have told me they often hear “that is a county issue” or “that’s not my lane” when they raise issues with our current delegates. If elected, I will take ownership and responsibility for getting the government to work for the residents of District 31.

What would be your three priorities if re-elected?

The greatest challenge I would face in the next four years is the same challenge almost every other Marylander will face and that is providing opportunities to earn a living, protect our families, and encourage others, especially the youth to strive for excellence and self-determination.

I have lived in the area I represent for over 40 years of my life, and I have deep roots in this community and state with friends, family, constituents, neighbors and colleagues — roots that are unmatched by the vast majority of those running for office. I care deeply for all those I represent, and I refuse to yield to political pressures and compromise the principles I share with those I am honored to have served in the past and in the future. I see far too many candidates running for office who are only focused on themselves and actively deceive the public of their true intentions. I currently serve in a leadership position and will continue to serve with the passion, vision and a bold agenda to represent those in District 31 with honesty, integrity and respect.

What would be your three priorities if re-elected?

My priorities are centered around freedom: to advance economic freedom by cutting taxes and fees, supporting education freedom to ensure parents and students have the right options to choose the best education, and standing strong for individual liberties by defending our constitutional rights.

The cost of living in Maryland continues to be a huge burden for many families. I will continue to fight to chip away at Marylanders burdensome tax climate and work to advance meaningful tax cuts.

I have the most experience having served as the leader of the House Republican Caucus for eight years. Having been a "team captain" for 50 Republican delegates, I have strong relationships with leaders in the Maryland government and I believe that serves the district very well. I hope this will help our whole team including Delegates Brian Chisholm and Rachel Muñoz and Senator Bryan Simonaire.

What would be your three priorities if elected?

My top priorities are to make Maryland affordable, strengthen public safety and improve education. Like everyone else, our family budget is being stretched to the max with the high price of gas and inflation. You can count on me to lower our tax burden.

I believe that we should be defending the police who put their lives on the line to keep us safe – not defunding. As a delegate, I will work to give the police the tools they need to do their jobs. I want our children to receive a quality education and keep politics out of the classroom. I will fight for parents’ rights and age-appropriate education.

I am a mother of five young children, and I proudly grew up in this community. Since being appointed last November, I have given this job everything I have. I know that what we do now will impact Marylanders for generations to come. I want to give the next generation a better Maryland.

What would be your three priorities if elected?

To undo the failed progressive policies championed by the Democratic majority in Annapolis as it relates to over-taxation, government overreach in our lives, crime and a failed educational system.

I am the only one who is a true outsider seeking to get support solely from the citizens of Anne Arundel County. All of my opponents have been in some way entangled in the political scene for years. Some are career politicians; others have been appointed to their seat and untested by the electoral process. I will be the first to bring fresh ideas and seek legitimacy directly from the constituents. I’m not interested in making backroom deals and playing political musical chairs.

Milad Pooran could not be reached.

Have The Most Wonderful Meal Of The Year