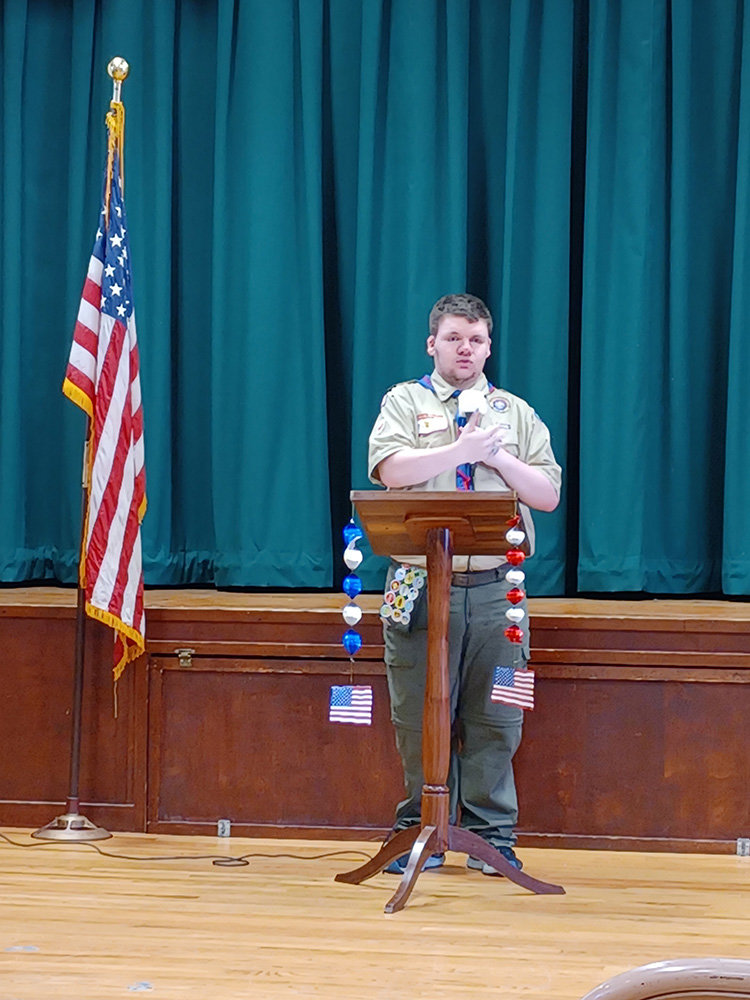 This summer, Broadneck High School graduate and Troop 382 member Matthew Hayes was awarded the rank of Eagle Scout after completing a project for the Patriot House, part of the Arundel House of Hope.

Hayes has been a part of Boy Scouts of America for 12 years. He wanted to achieve Eagle Scout as two of his older brothers also achieved the honor.

To earn scouting’s highest award, Hayes had to earn a minimum of 21 merit badges, serve in leadership roles within his troop, and complete a community service project.

The Patriot House is a homeless shelter for veterans. When veterans are ready to move out, it can be costly to get basic items. Hayes’ project created boxes, which he called “move-in kits,” containing household items such as plates, glasses, pots, pans, cleaning supplies and towels.

“The reason he chose Patriot House was because of the veterans in our family - two brothers and one sister are vets, as is his father,” said his mom, Debi. “He wanted to pay back others for their service and knowing that it could easily have been his family and hoping that if it should ever be a family member that someone would help them too.”

Question Of The Month: Benfield Elementary

Educator Of The Month: Lori Pere