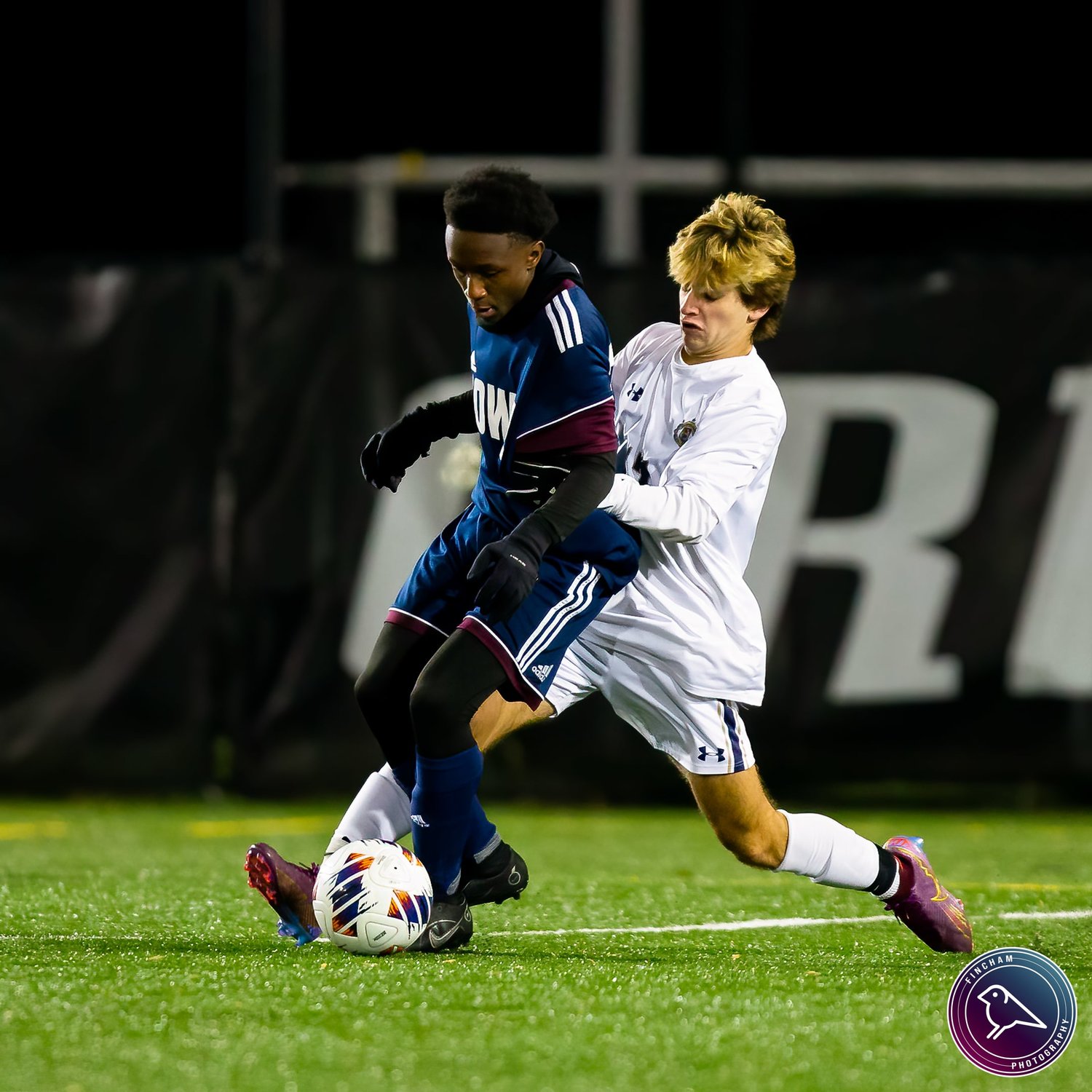 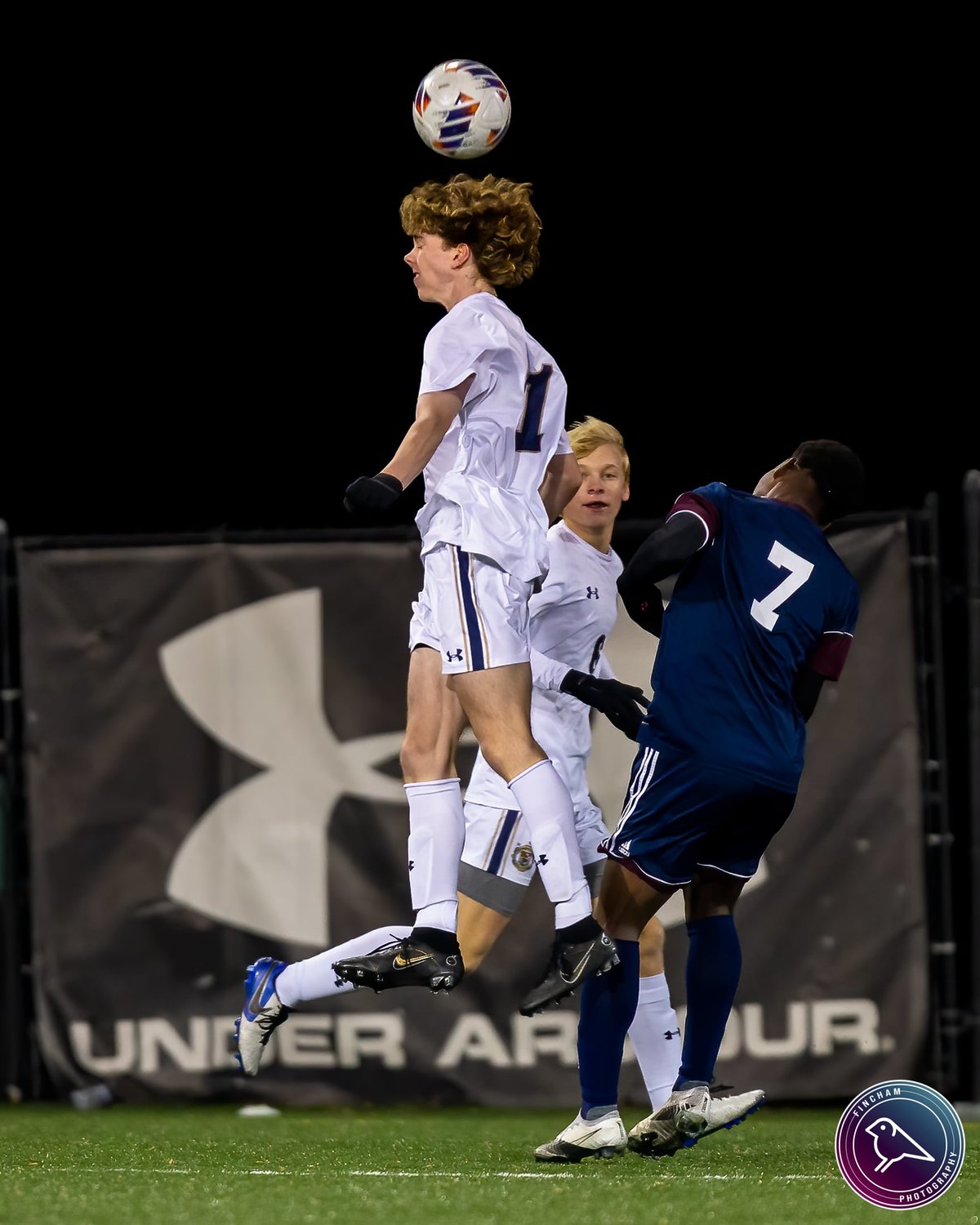 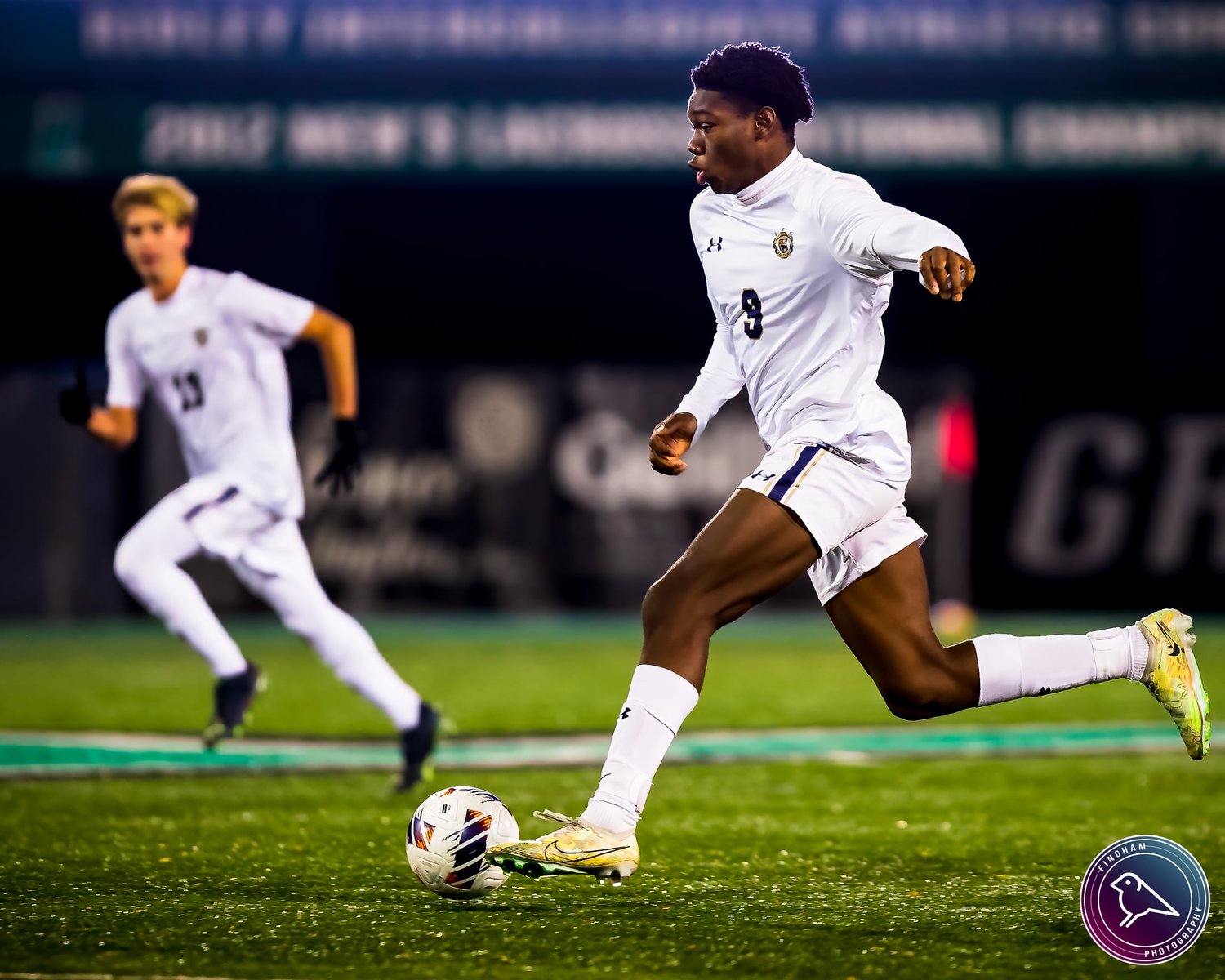 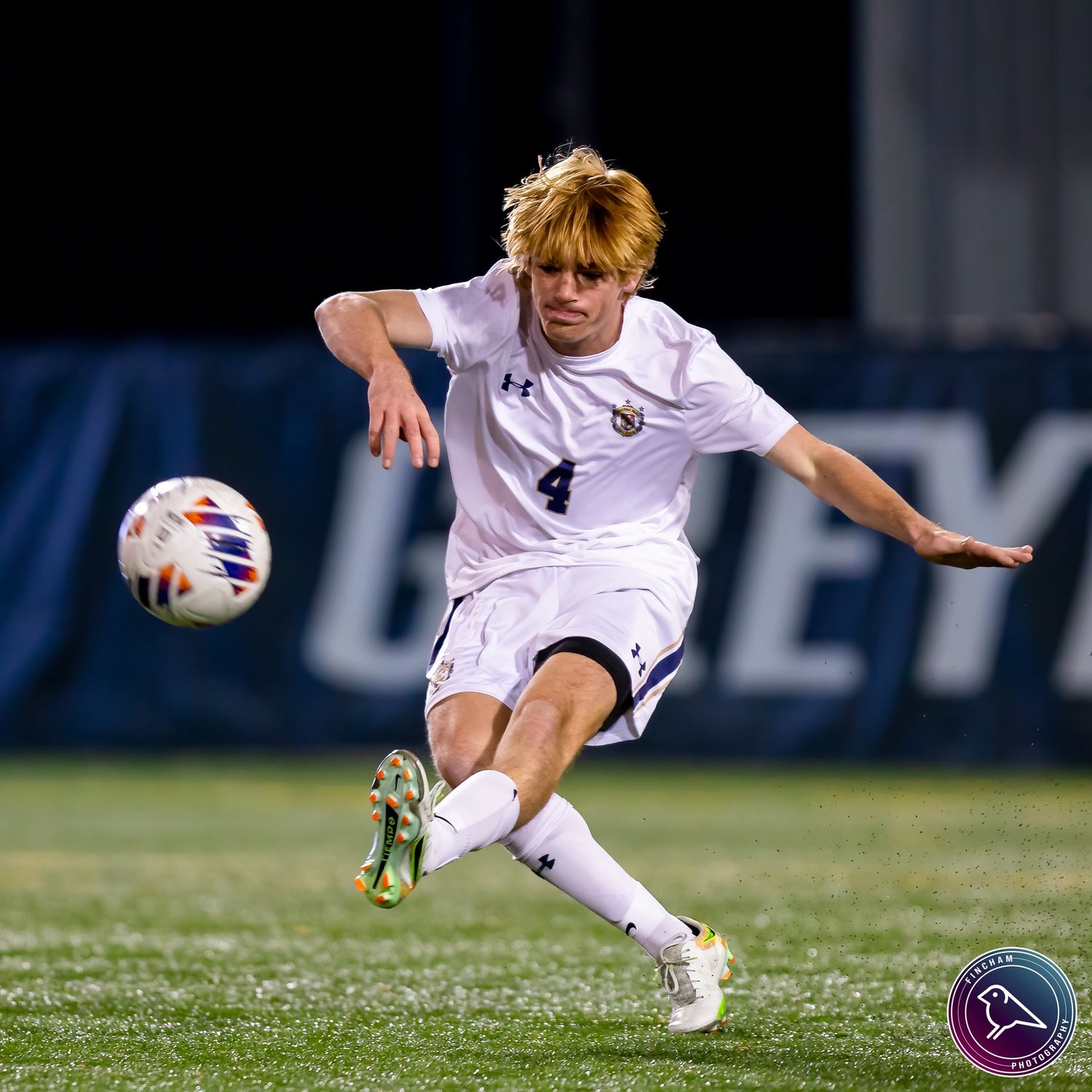 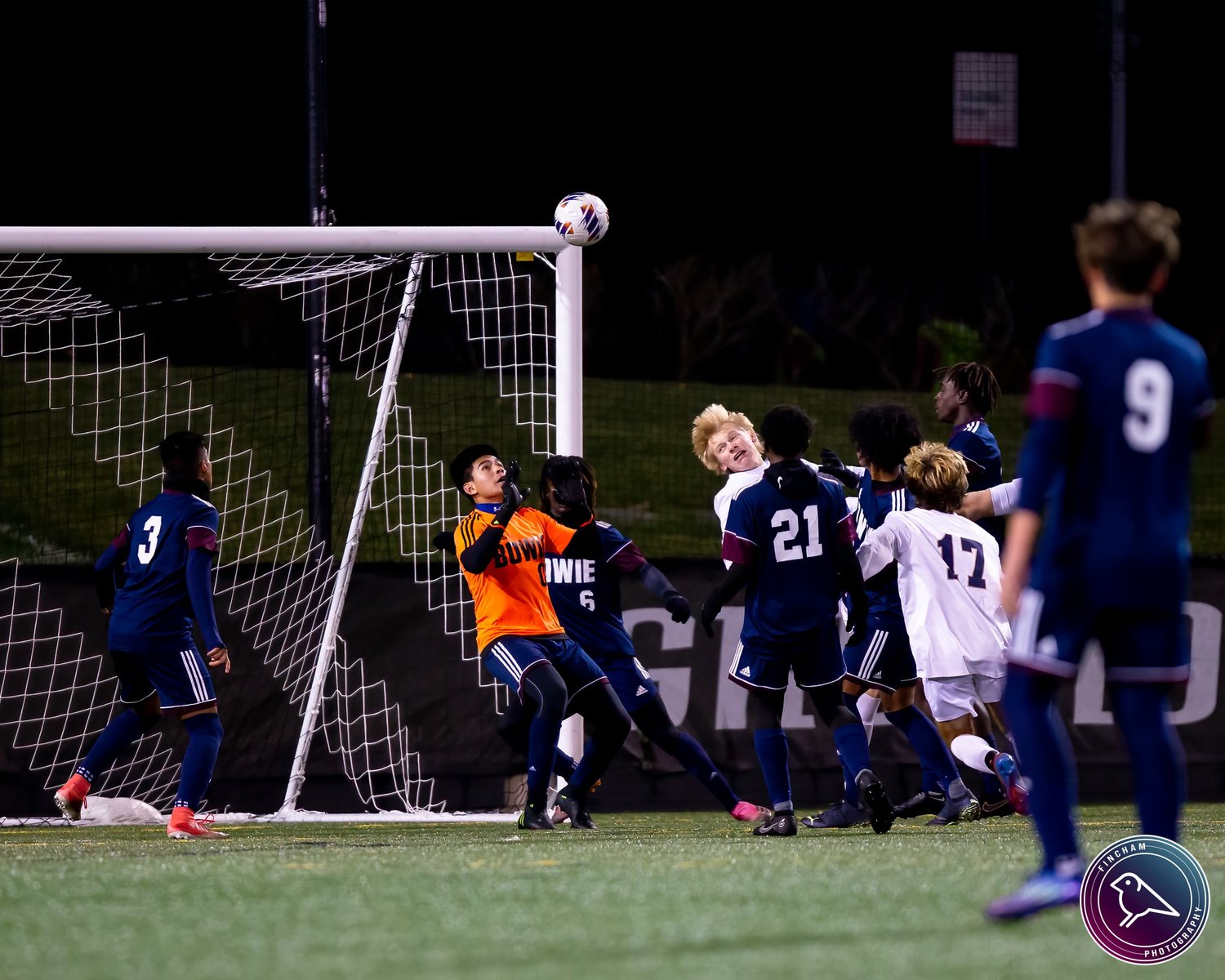 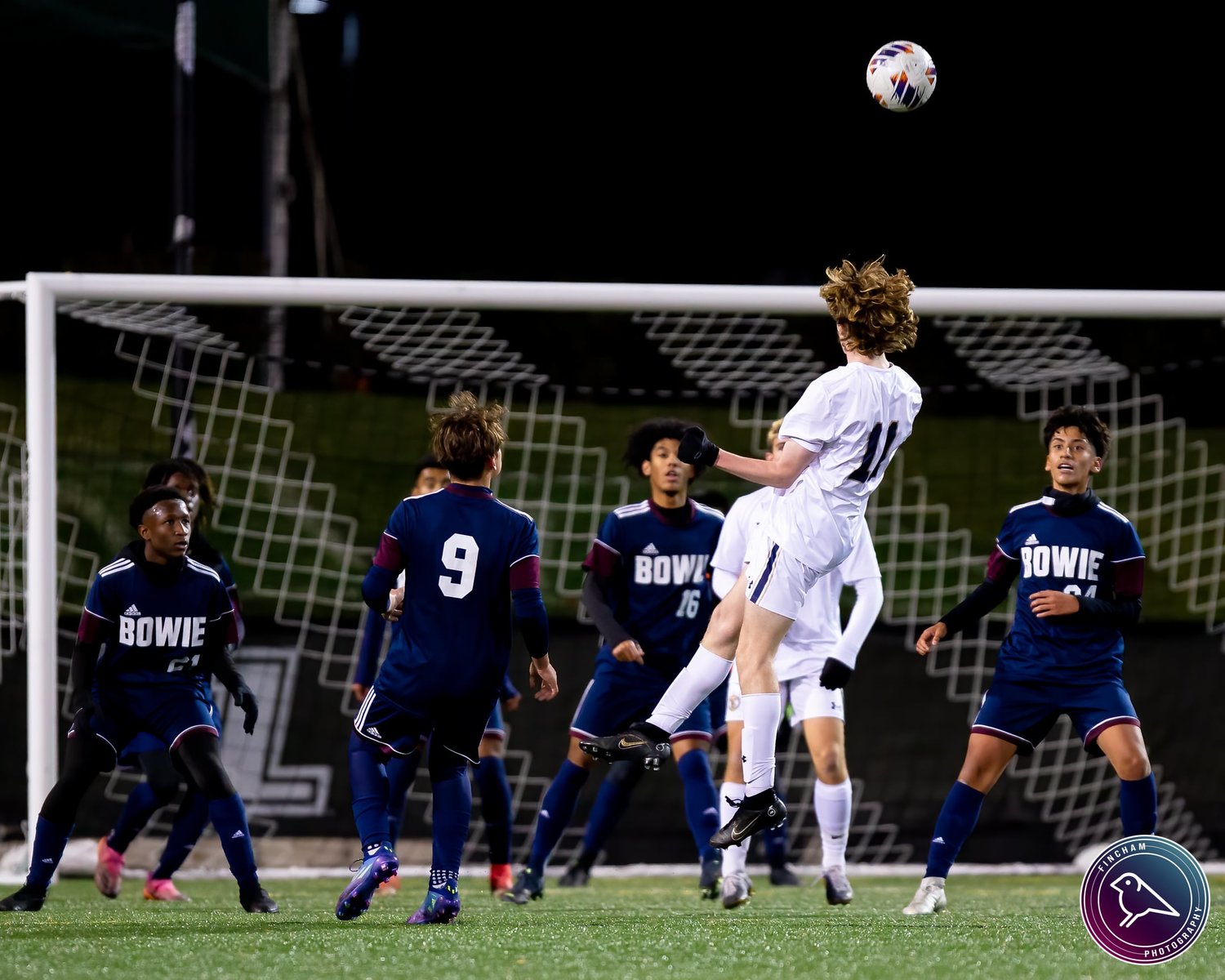 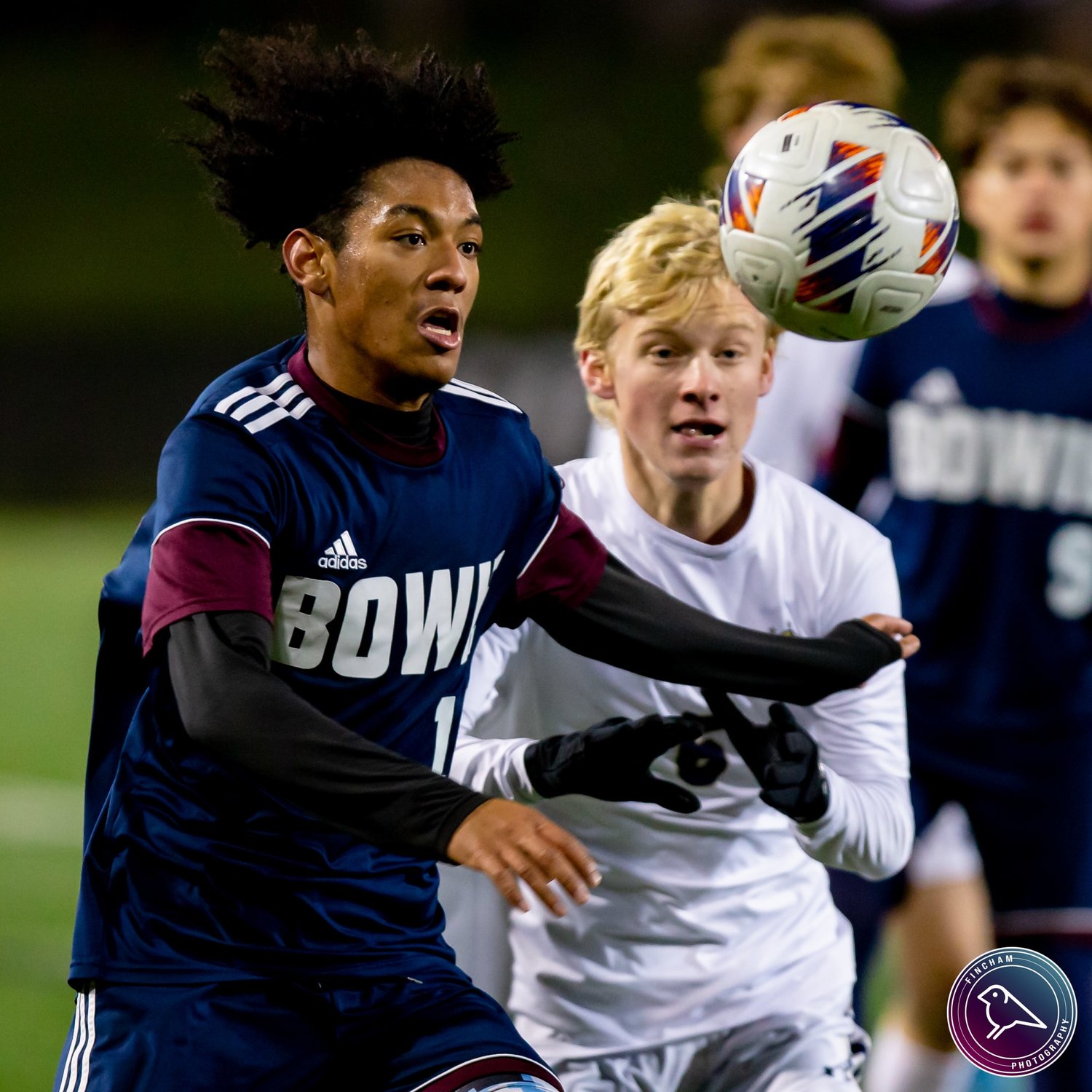 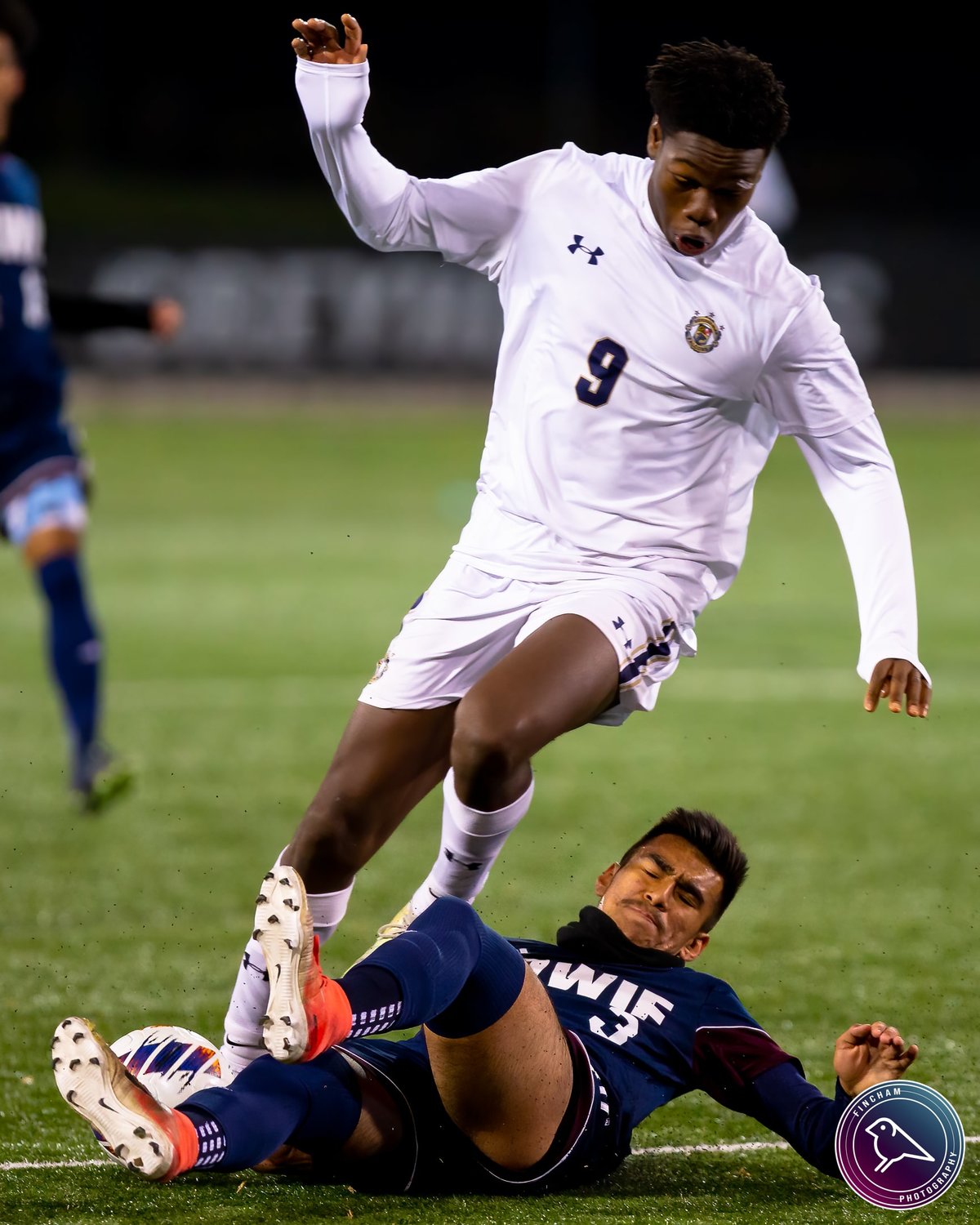 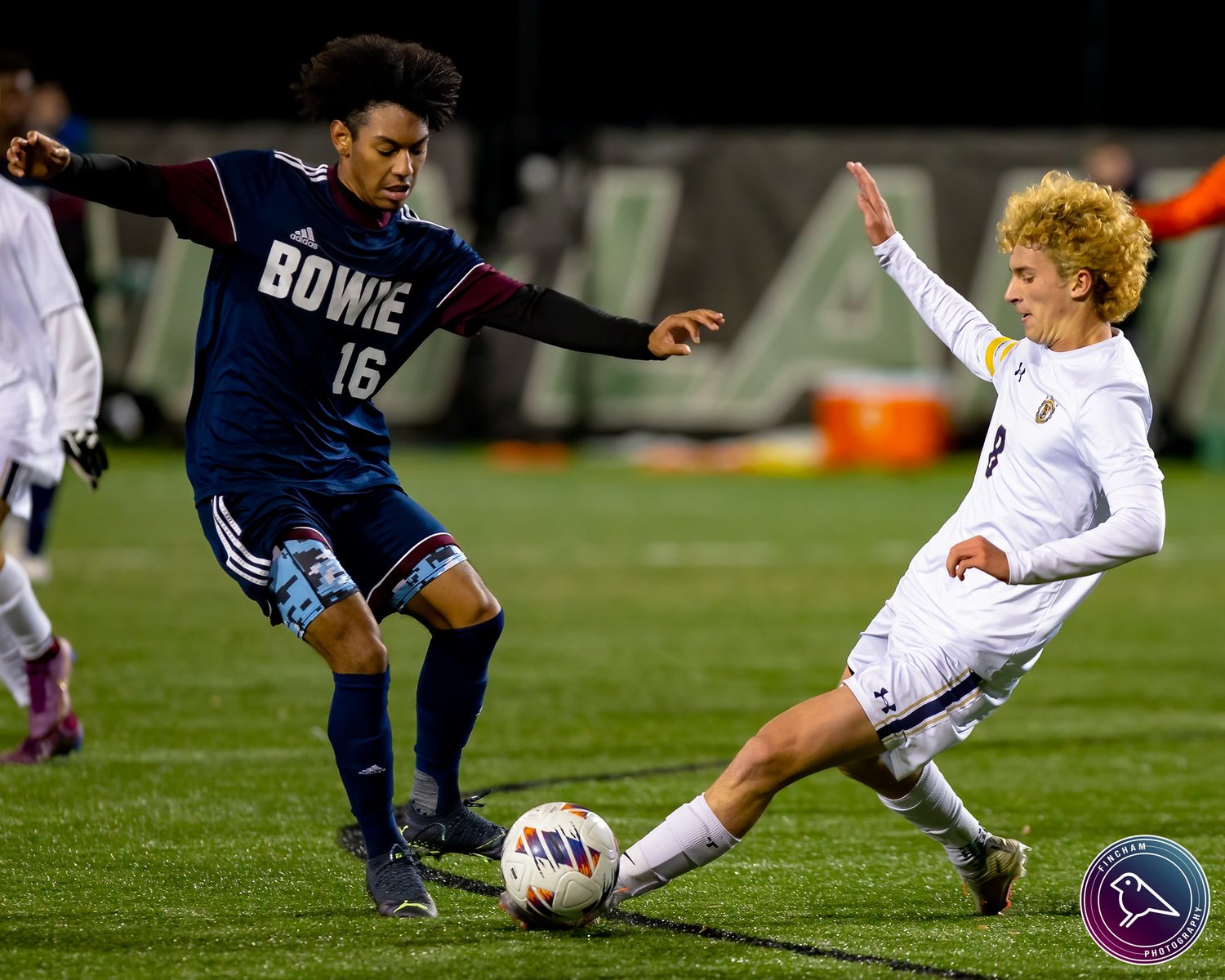 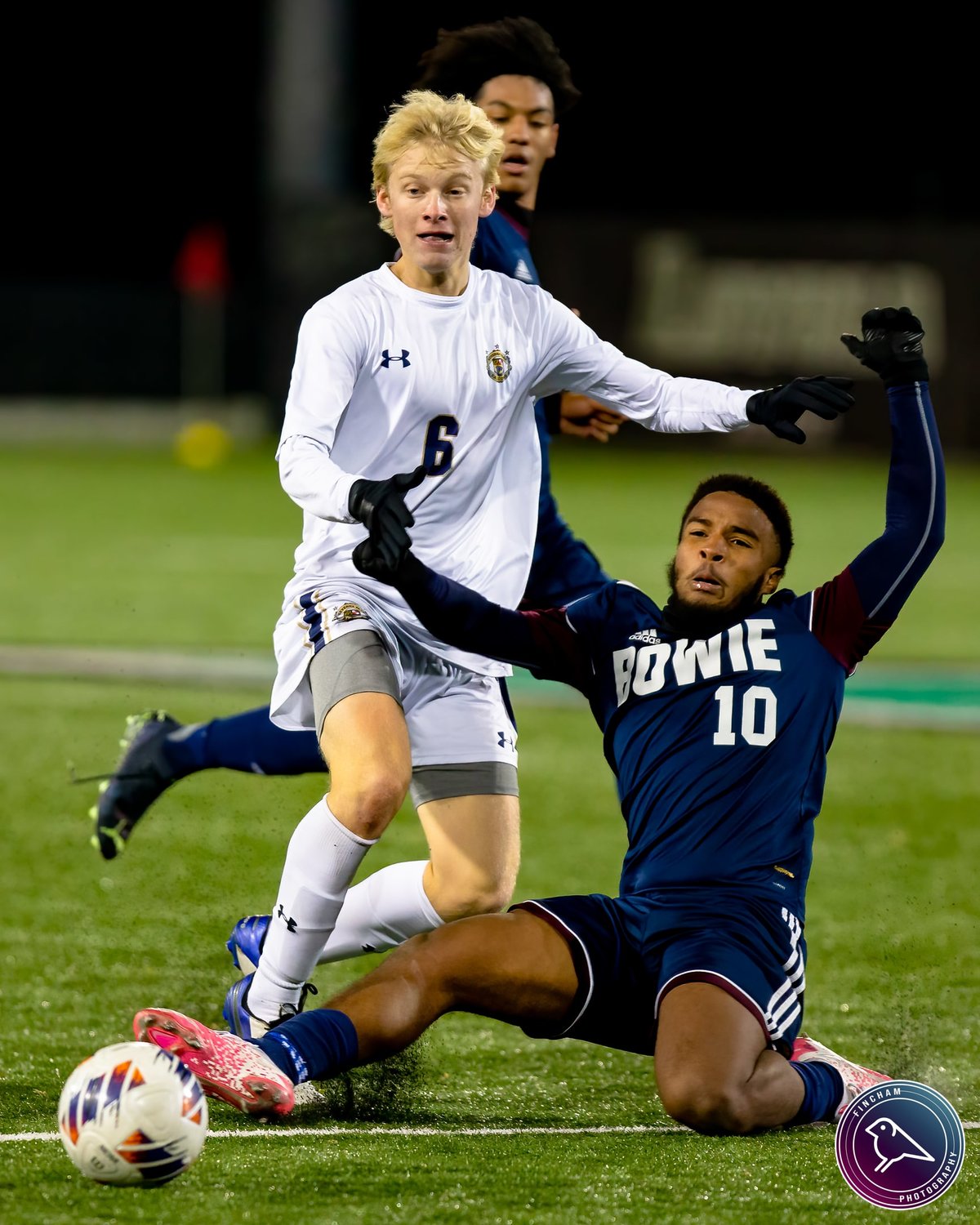 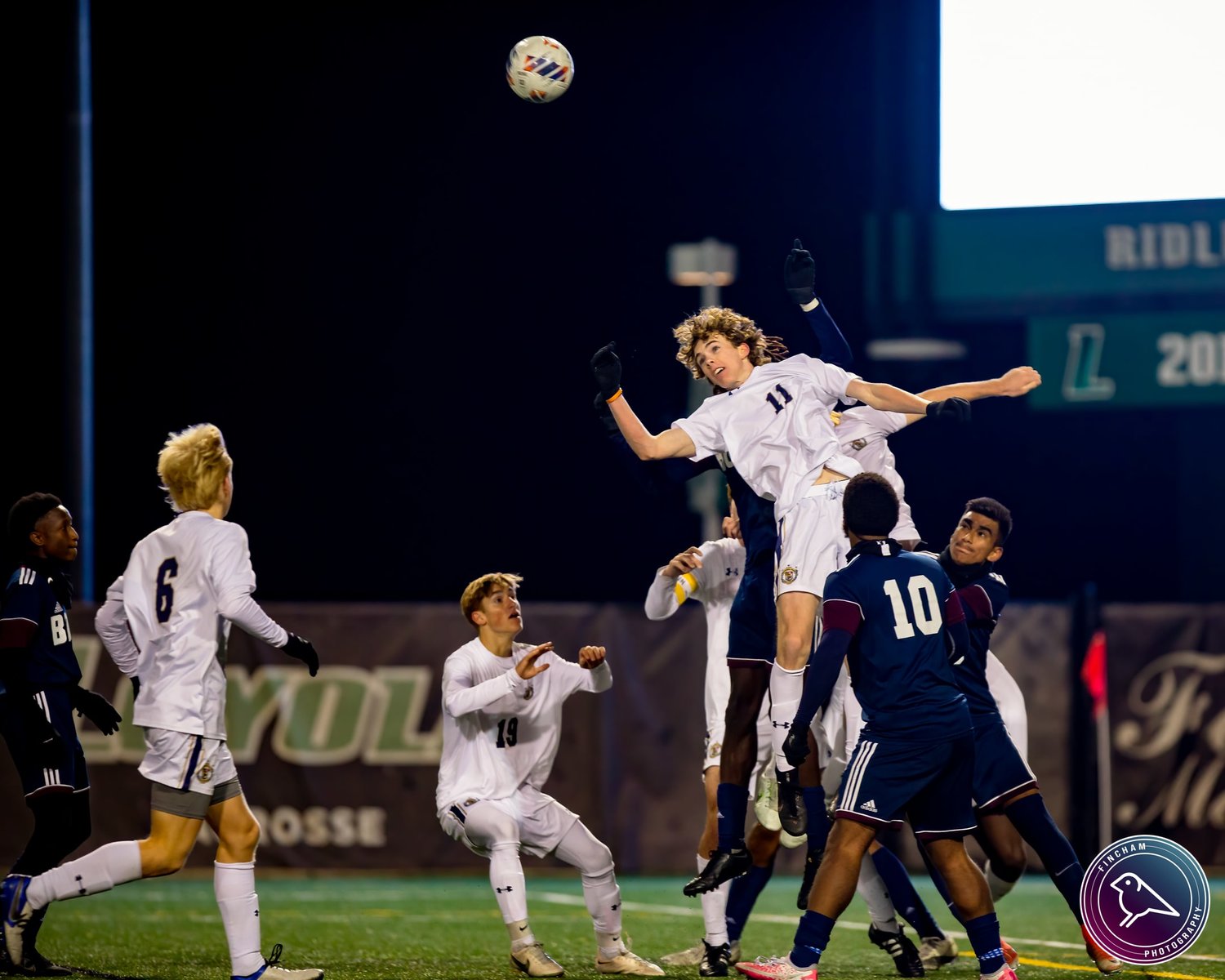 The season was moving along nicely for the Severna Park boys soccer team until Bowie ruined it.

The Bulldogs handed Severna Park a 1-0 loss in the Class 4A state championship at Loyola University Maryland on November 19.

The Falcons (17-3) earned a spot in the game with an excellent playoff run by prevailing in four close games.

Severna Park opened the postseason with a 2-0 victory over North Point, and a 2-0 conquest of South River followed. The Falcons edged Richard Montgomery, 1-0, and Montgomery Blair, 2-1.

In the state final, Severna Park coach Ryan Parisi was impressed with his team’s effort despite the loss.

“I couldn’t have asked for anything more,” Parisi said. “The kids played their hearts out. They put it all out there. Sometimes you come up short, but they were phenomenal.”

Bowie coach Frantz Deetjen might have called Davis’ effort phenomenal, too. Some players may not have suited up for the game with his injuries. He’d played with a sports hernia for which he’ll have surgery this week. He also had a torn tendon in his left foot.

“He couldn’t have played at more than 50 percent,” Deetjen said. “He had to go to physical therapy so he could practice. He’s definitely a throwback player.”

Severna Park pushed hard for the equalizer. Andrew Campbell had a breakaway with 18:10 remaining, and Bowie goalie Ronaldo Sosa stopped it.

Soon after that, Severna Park goalie Peter Saunders made two diving saves to keep it a one-goal game.

In the final 11 minutes, Severna Park couldn’t get any of its shots on goal. Andrew Handen’s attempt went wide, and Campbell’s shot went over the goal.

“They played very aggressively and fast,” Deetjen said of Severna Park. “They had a great midfield. I said to my boys, ‘This is going to be the two best midfields I have seen.’ But we are very disciplined defensively. It took them a while to figure out what they could do to have some opportunities.”

Saunders and his defense of Owen Muldoon, Henry Saunders, Evan Souder and Handen withstood some pressure from Bowie in the opening minutes.

Nelson Plata’s kick into the box from near the sideline was snatched out of the air by Saunders 1:04 into play. About a minute later, Severna Park’s Elliot Gerig cleared the ball out of danger.

The Falcons had an excellent scoring opportunity about 10 minutes into play. Handen’s kick into the box went through it only a few feet from the goal line, but no Falcon could gain control of the ball.

Severna Park threatened again on a Campbell header that got past Sosa, but senior midfielder Kaden Green, stationed right in front of the goal, kicked the ball out of the box.

“For me, it was a journey,” Parisi said. “Our journey started on August 12 and we spent 99 days together. We maximized our time as a team. We didn’t win the last game, but [we] did a lot of great things throughout the year.”