Author Michael Hilliard Returns To Action With “No Safe Place” 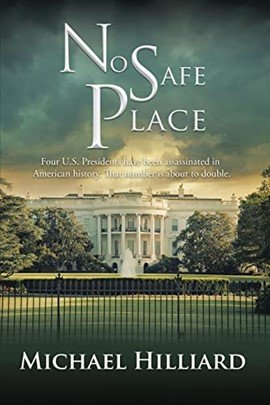 More than 4 million books are published, either traditionally or self-published, in the United States every year according to Toner Buzz. With that many written annually, it’s hard to stand out.

Severna Park financial advisor and author Michael Hilliard hopes to do that with his action thriller “No Safe Place” after a nearly nine-year hiatus. Published in June, Hilliard’s latest work is his first novel since “The Island Hopper” in 2013.

At 404 pages, “No Safe Place” tells the story of National Security Agency (NSA) analyst Pip Palmer. Despite his troubled upbringing, Palmer is the brightest computer hacker at the agency. Although the thrilling tale begins as a serial killer mystery, the novel transitions into a cat-and-mouse chase after four former presidents are assassinated.

The book’s Amazon description promises a gripping read, saying, “When the former presidents are assassinated and Pip intercepts crucial information, the very people he should trust may be the ones behind it all. He's forced on the run with an unlikely partner, and together they try to save each other and unravel the truth.”

“I’ve always wondered what it’s like for them personally when a president steps down,” Hilliard explained. “As soon as they leave office, they are at a place in life completely 180 then where they were just 24 hours before.”

Hilliard also wondered what would happen if all the ex-presidents were suddenly killed and how the nation would react. Without revealing any spoilers, Hilliard said the title “No Safe Place” is spoken in the novel, a writing style of which Hilliard is a big fan.

“No Safe Place” is the third novel in an unofficial loose trilogy, beginning with Hilliard’s first novel, “The Last Patriot” in 2005, and “The Island Hopper” in 2013.

Although Hilliard said family obligations and his primary career as a financial advisor were the main reasons it took nearly nine years for the novel to be finished, he also spent the time researching government agencies to make sure they would be depicted accurately.

Despite the presidential and government agency prominence in the novel, “No Safe Place” does not have a political message.

“The main takeaway I intend readers to get from the novel is entertainment,” Hilliard said. “There is no underlying message. If you want a nice action novel with a love story, ‘No Safe Place’ is for you.”

Annapolis is also notably highlighted in the novel; the towers at Greenbury Point are instrumental in the plot, according to Hilliard. Readers should also look for the Severna Park references sprinkled throughout the action thriller.

Arnold Native Writes Children’s Book On The Importance of Pollinators