Arnold Native Writes Children’s Book On The Importance of Pollinators 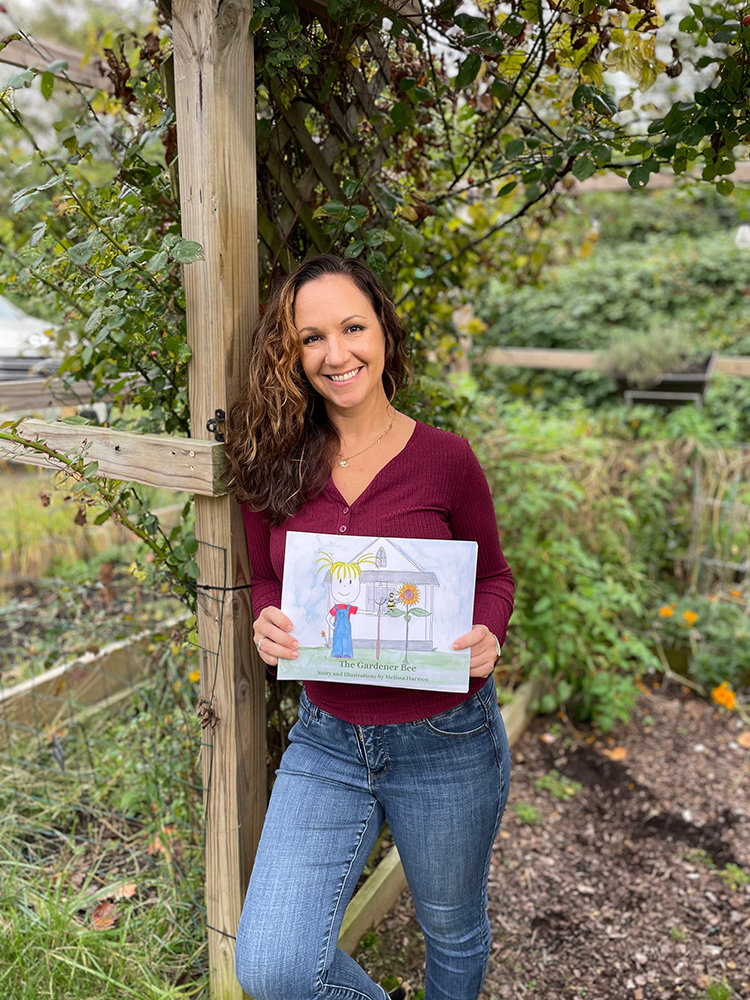 Melissa Wissler has always been an avid gardener. Growing up in Arnold, her mother maintained a tomato and bell pepper garden. When she bought a house, she looked forward to having a large garden in the backyard and planting vegetables with her two daughters.

But her family garden soon encountered a problem.

“I had this picture in my head of gardening with my little girls and when we were gardening, the bees would show up and they would just freak out,” Wissler said.

To help her kids conquer their fears, Wissler turned to other long-term interests — art and storytelling — to self-publish a book under her pen name, Melissa Harmon.

Using insect characters, Wissler came up with a story about a child who learns about the importance of pollinators to the health of her garden after accidentally scaring away “the gardener bee.”

The lessons in the story resonated with her daughters.

By finding a way to explain to her kids that bees weren’t threatening and could help them with their garden, Wissler also faced her own fear of the yellow and black insects and saw them in a new light.

“I realized how important they were to the ecosystem and to the food chain,” Wissler said.

Wissler realized that if she made her story into a book, she could use the story she created to help other children appreciate bees and not be afraid of them.

“I’ve always wanted to write,” Wissler said. “I’ve just never had something that I felt strongly enough about that it just came out of me.”

Wissler wanted to make her book accessible to all young children, trying to use colors and images to convey not just information but also feelings.

Since publishing the book, Wissler has been reaching out to people, libraries and businesses to get the book out to more people and to promote it.

“I would absolutely love to do promotional things, even if it’s just at a small local garden center or something like that,” Wissler said.

She has also had assistance from her community.

“I actually have several friends who have bought copies of it to put in their Little Free Library, which I think is really cool,” Wissler said.

“I have some ideas buzzing around my head, but nothing concrete as of yet,” Wissler said.