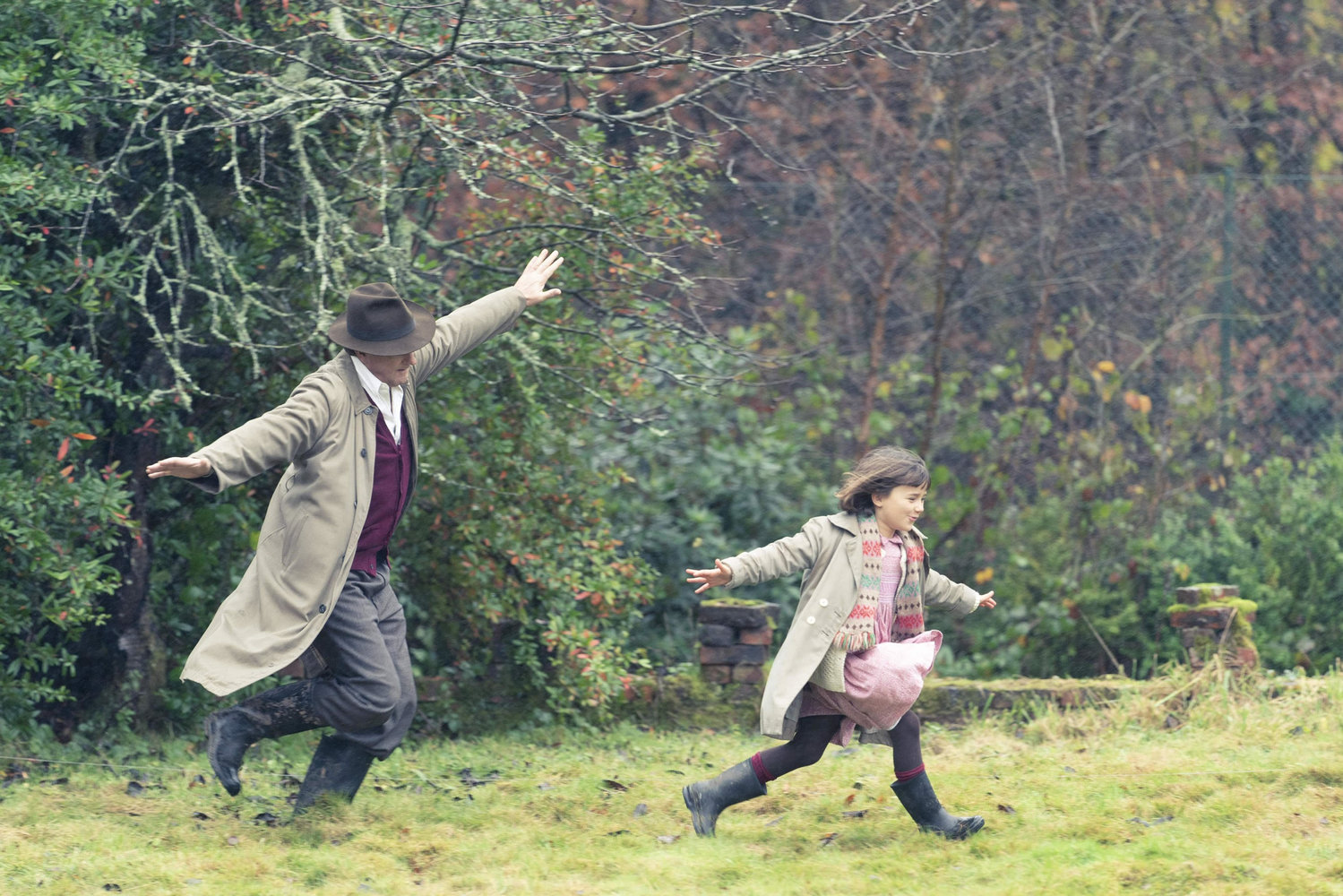 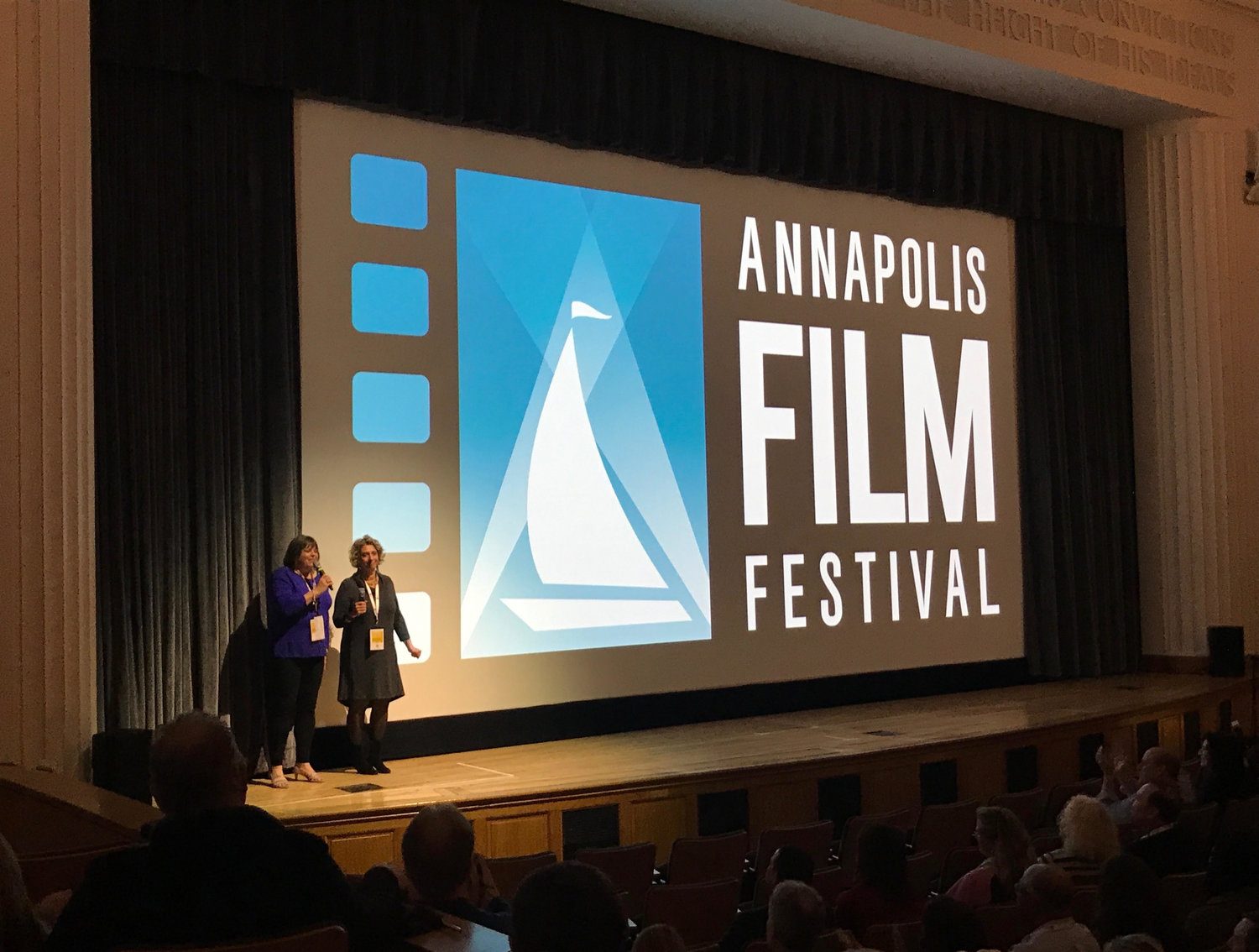 Lee Anderson (left) and Patti White are the co-creators of the Annapolis Film Festival.
Photo Provided 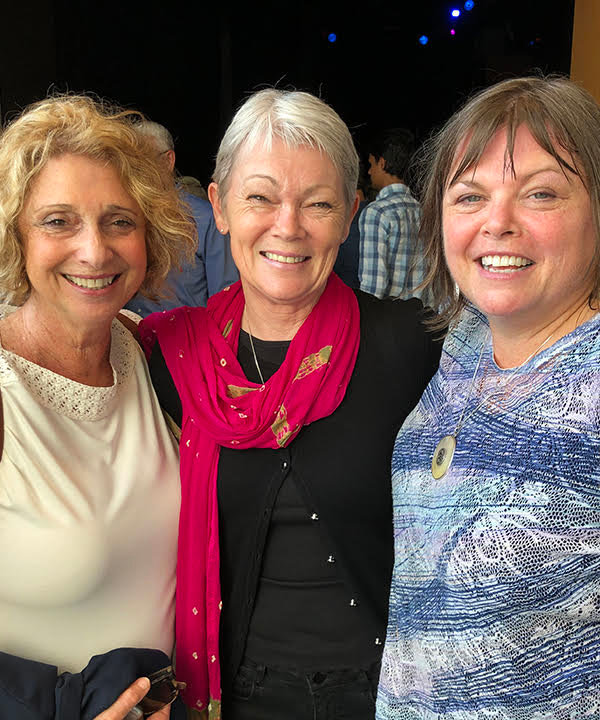 (L-R) Patti White, Tracey Edwards and Lee Anderson are planning to show a slate of more than 70 films from around the world.
Photo Provided
Previous Next
Posted Thursday, March 17, 2022 12:47 pm
By Lauren Burke Meyer

Cinephiles rejoice! After two years of being remote, the Annapolis Film Festival (AFF) is back with a four-day festival, taking place from Thursday, March 31, through Sunday, April 3, at four primary screening venues in the Annapolis Arts District.

With a planned showing of more than 70 films from around the world, the festival is expected to draw a large crowd of film enthusiasts including some as young as high schoolers all the way to retirees.

“We’re the largest and most diverse arts event all year,” said AFF director and co-founder Lee Anderson. “We have a great amount of diversity. It was intentional from the beginning 10 years ago.”

To be clear, this diversity Anderson talks about rings true not only with the films showcased year after year but with attendees too. She and her fellow AFF director and co-founder Patti White spoke about the state of the Annapolis community before the festival began.

“Annapolis had a reputation of being separated – ‘a tale of two cities’ was what people said,” White explained. “The thing we’re the most proud of is that we’ve built something that has forever changed the fabric of the community that we live in and work in. In a good way. At a time that has made the world feel more divided, this has brought everybody together.”

During a March phone conversation with White and Anderson, it was difficult at times to decipher who was speaking. It’s possible that their voices sound similar, but it’s likely related to their many years working together, the fact that they’re both award-winning filmmakers or their shared passion for storytelling that has them so in sync.

Anderson summed it up beautifully: “We made a film festival by filmmakers for filmmakers. What we’ve done is have incredible hospitality and trained a community to embrace those artists to feel so welcome that they spread the word that you have to go to the Annapolis Film Festival, so we’ve been able to attract an amazing slate of top-notch films and filmmakers.”

The theme for the 2022 Annapolis Film Festival is “The Big Picture” – honoring AFF’s 10th anniversary of bringing independent films to one of Annapolis’ premier events.

White shared how “The Big Picture” theme has two parts. For one, seeing things on the big screen is the obvious part.

Opening night will take place on March 31, and it will be as glamorous as you’d imagine with a red carpet, VIP sponsored pre-party, film showing and afterparty. Everything will conveniently take place at Maryland Hall at 801 Chase Street in Annapolis.

The highly anticipated film will be “To Olivia” – the true story of the tumultuous marriage between famous author Roald Dahl and actress Patricia Neal. The setting is in England during the 1960s. Neal tried to get her career going as an actress, so there’s a touch of old Hollywood. Dahl and Neal go through a child-related tragedy, which unfolds during the film. “To Olivia” is directed by John Hay and stars actress Keeley Hawes and actor Hugh Bonneville.

“We really wanted something hopeful for people coming out of this dark time with COVID-19 … there’s grief in the film and normal human emotion, but there’s an overall theme of finding the childlike themes that inspire you again,” Anderson said.

Attendees will see “To Olivia” ahead of its release date in theaters this April.

“Our entire programming is based on intention; every single thing we choose, we’re choosing for a reason,” White said. “We’re curating this festival and selecting films intentionally that our audience should be seeing or films they’ll love.”

In addition to the 70-plus film screenings, the pitch competition and “Coffee Talks With…” are highly anticipated events.

Emerging filmmakers who participate in the pitch competition will have the opportunity to have their pitch critiqued by judges. The audience is a portion of the final decision, and the judges decide on the ultimate winner. The lucky winner receives a production package complete with camera package, sound and lighting package, and post-production services — approximately $30,000 worth of goods and services to make a high-level short film that will premiere the following year at the festival.

Hosted at Rams Head On Stage on West Street in Annapolis with coffee and tea complements of Baltimore Coffee and Tea Company, “Coffee Talks With …” will take place from 9:00am to 10:00am on Friday, April 1, Saturday, April 2, and Sunday, April 3.

“These are candid conversations that you have with a filmmaker that you might not typically have at a panel,” White said.

There’s nothing quite like movie magic of seeing a film in a crowded theater. With that in mind, AFF is taking COVID-19 precautions seriously and doing everything possible to promote the safety of attendees. Currently, the AFF intends to request vaccination cards and photo IDs. For the unvaccinated, proof of a PCR test within 72 hours of attending the festival is needed. Indoor masking will be required at theaters.

AFF pricing ranges from shorts passes ($100), student passes ($100), industry passes ($150), general passes ($195 or $175 for Annapolis Film Society members) and premium passes ($350). For more details on these packages and to purchase individual tickets for most shows, “Coffee Talks With…”, special conversations and opening night, as well as links to where to stay or how to support or sponsor the Annapolis Film Festival, visit the AFF website, www.annapolisfilmfestival.org. Check back often as the site will be updated on a regular basis.