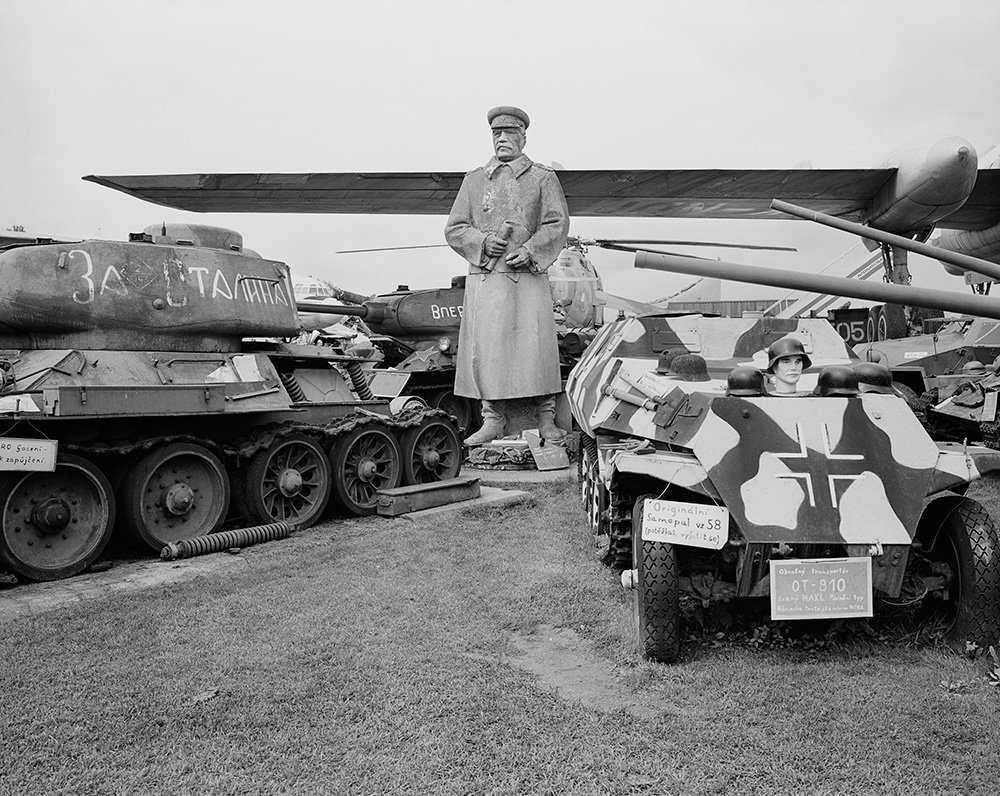 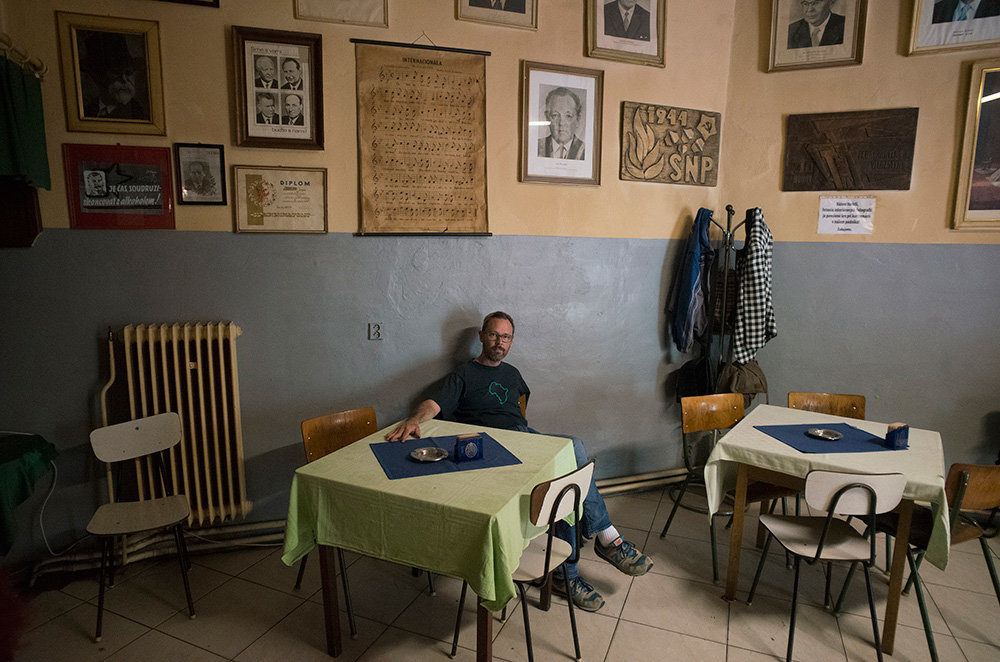 Joseph Stalin and Vladimir Lenin no longer live to torment the European people, but their likeness still exists in the form of monuments erected in their honor. Photographer and Anne Arundel Community College professor Matthew Moore embarked on an eight-year journey to find the places where those statues once stood, and in some cases, continue to stand.

He compiled 40 photographs for “Post-Socialist Landscapes,” an exhibit featured at Blue Sky Gallery in Portland, Oregon, during May 2022. His photos were previously part of a solo exhibition at the Academy Art Museum in Easton, Maryland, in 2019.

The concept came after Moore learned about a man who set himself on fire in front of a Lenin statue in Lithuania in 1989.

“At the time, people perceived it as a fairly ineffective protest because he did it months before the Berlin Wall came down,” Moore said. “So I think people saw it as a tragic event but one that was ineffective. I was fascinated by it.”

Moore wanted to find the space that statue once occupied, along with other monument sites. Before he could travel to Eastern Europe, he needed to research. Moore said he’s always been fascinated with how maps work and how they record information. He turned to archival photos, travel blogs and “creative Googling” to learn more.

“The best clues are always right under your nose,” he said.

Between 2014 and 2021, Moore made several trips abroad. A former Czech Republic resident, he used Prague as his home base for some of his travels. His wife is Czech and understands some German, so he relied on her help too.

“Things are inherently surprising in that you’re going to a random spot on a map, and you don’t know what you’re going to see there,” Moore said. “There might be a construction crew on the site or a cleaning crew. It’s an old-school hodgepodge of an approach.”

Through his exploration, he learned about the communities and how they processed trauma. Some municipalities had the monuments destroyed.

As Moore explained on his website, “These photographs seem to portray obscure public squares or city parks, but to many local inhabitants, these spaces are still charged with an ominous presence.”

The Czech people blew up a Stalin monument in Prague and the town of Kolín destroyed another statue. A Berlin monument of Lenin was broken into 192 pieces and buried.

“I call that group scars because they are in various states of healing,” Moore said of the places where the monuments no longer stand. “Some people just want to completely erase the things and others leave them. It might be because of the cost to redesign a space, but you can tell how much trauma it has caused by learning whether they went to great lengths to remove it or allowed it to rot.”

Some towns abandoned their monuments. In the capital town of Tallinn, a Lenin head was dumped behind the Estonian History Museum.

Lithuania’s Grutas Park, called Stalin World by locals, repurposed statues and busts of Stalin, Lenin, Karl Marx, Friedrich Engels and others. There, they attract the attention of visitors who also come for rides and to see animals.

Not only did communities remove or abandon the statues, but some sought a third option: replacing it with another statue. Budapest replaced a Stalin statue with another that symbolizes overcoming communism.

Moore found a few surprises while searching for locations. His wife was on a retreat in the Czech countryside and heard about a maze with a Stalin statue, so the couple brought their two girls.

“It’s almost like a tourist attraction in this proper European maze with bushes,” Moore said. “A lady at the ticket booth warned us, ‘Be careful. There’s a monster in the center of the labyrinth.’”

Now that his exhibit at Blue Sky Gallery is done, he is looking forward to August and his next stop: The Wende Museum, a Los Angeles art museum devoted to the Cold War.

Moore is not eager to return to places with “fresh wounds,” like where the Confederate statues were dismantled. Through “Post-Socialist Landscapes,” by visiting European countries roughly three decades after the fall of communism, he has learned more about how people and countries reflect on their legacies.

“The goal is always to provoke important questions,” Moore said. “It’s sort of like having a conversation with viewers. I’m not interested in telling people what to think, but I’m interested in provoking questions. Why did folks in Eastern Europe eradicate these statues so soon after the fall of the Berlin Wall?”

Has The COVID-19 Pandemic Impacted Your Child’s Development?

How To Protect Your Child From Drowning

Financial Fitness – Is It Time For A Mortgage Checkup?