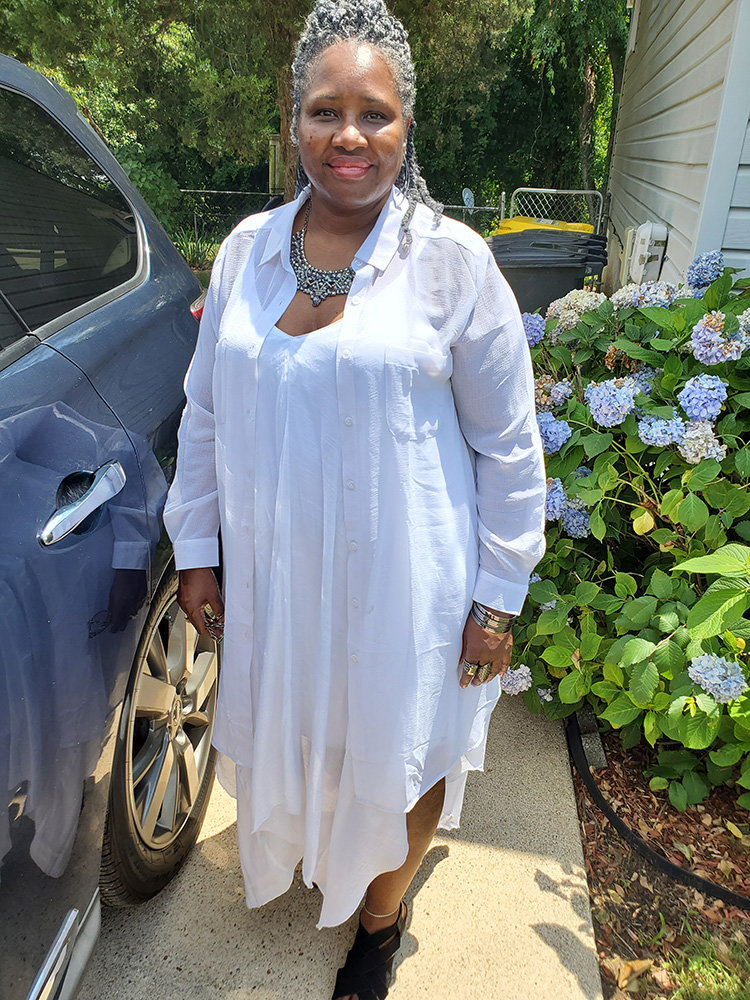 Kim Walker was named the AACPS December Volunteer of the Month for her dedication to the Severna Park High School Business Advisory Board and for supporting students.
Posted Friday, January 21, 2022 11:29 am
By Haley Weisgerber

Kim Walker was named the Anne Arundel County Public Schools (AACPS) December Volunteer of the Month for her dedication to serving the Severna Park High School (SPHS) Business Advisory Board (BAB). The former Severna Park resident said serving the youth is one of the greatest joys of her life and she hopes that she plays an important role in their lives.

“People say they are our future, but they're not,” Walker said. “They're our today.”

Walker has been volunteering with young people for over 20 years in youth ministry. After many years in that position, her former pastor, the Rev. Dr. Reginald Tarpley, asked her to begin working with senior members of the church, affectionately referred to as “Seasoned Saints.”

She was originally sad to leave the youth, but after a few months, she became attached to the seniors. Her pastor said he put her in the role because of the way she talked about her grandmother, who raised her. Her grandmother is the reason that Walker felt inspired to serve others.

“I think about the fact of her giving her heart and her love wholeheartedly, not just the financial part, but making sure I had a home, making sure that I felt love,” Walker said. “I always want to make sure that I am making others feel loved.”

Walker began working with the BAB when her son, Myles, started at SPHS. She was actively involved in Myles’ education through elementary and middle school, so when she heard about the BAB at a back-to-school night, she immediately jumped at the opportunity to assist children with professional advice, mock interviews and general life advice.

“I was blessed to have Myles at Severna Park High School and the opportunities that it has for parents to be involved, not just directly involved with your kid but just being there for all of the kids,” Walker said. “As the old saying goes, ‘It takes a community to raise a child."

Walker, who works full-time in clinical research, has now served on the BAB for five years and is currently the treasurer. Although her son has graduated, she has continued to work with the business advisory board and has no plans to stop.

“What I love about Severna Park High School is that Myles graduated in 2019, but I'm still allowed to be a part of the business advisory board,” Walker said. “There are a lot of parents whose kids have graduated, but they are still a part of that because it's a community.”

In December, Severna Park’s signature program facilitator, Joanne Brack, invited Walker to a Board of Education meeting to support Brack as she presented information about the BAB to the board. Walker didn’t think anything of it, even after her son asked to join her, until they announced that she was the December Volunteer of the Month. She said it was unexpected and a great honor.

“Just the fact that somebody would even think enough of me to put my name up for it was just awesome, but to actually be recognized,” Walker said. “That's not why I do it. I do it because I love doing it. I love being with the young people.”

Walker said that people often say they are too busy to volunteer, but she encourages people to make time to serve others.

“The world is a community and I think if we treated each other better, if we respected each other more and if we showed God's love to each other,” Walker said, “this world will be a better place.”

Andy Killen Wants To Make The World A Better Place