Tiny Talent Shines On Picture Perfect Evening In Round Bay 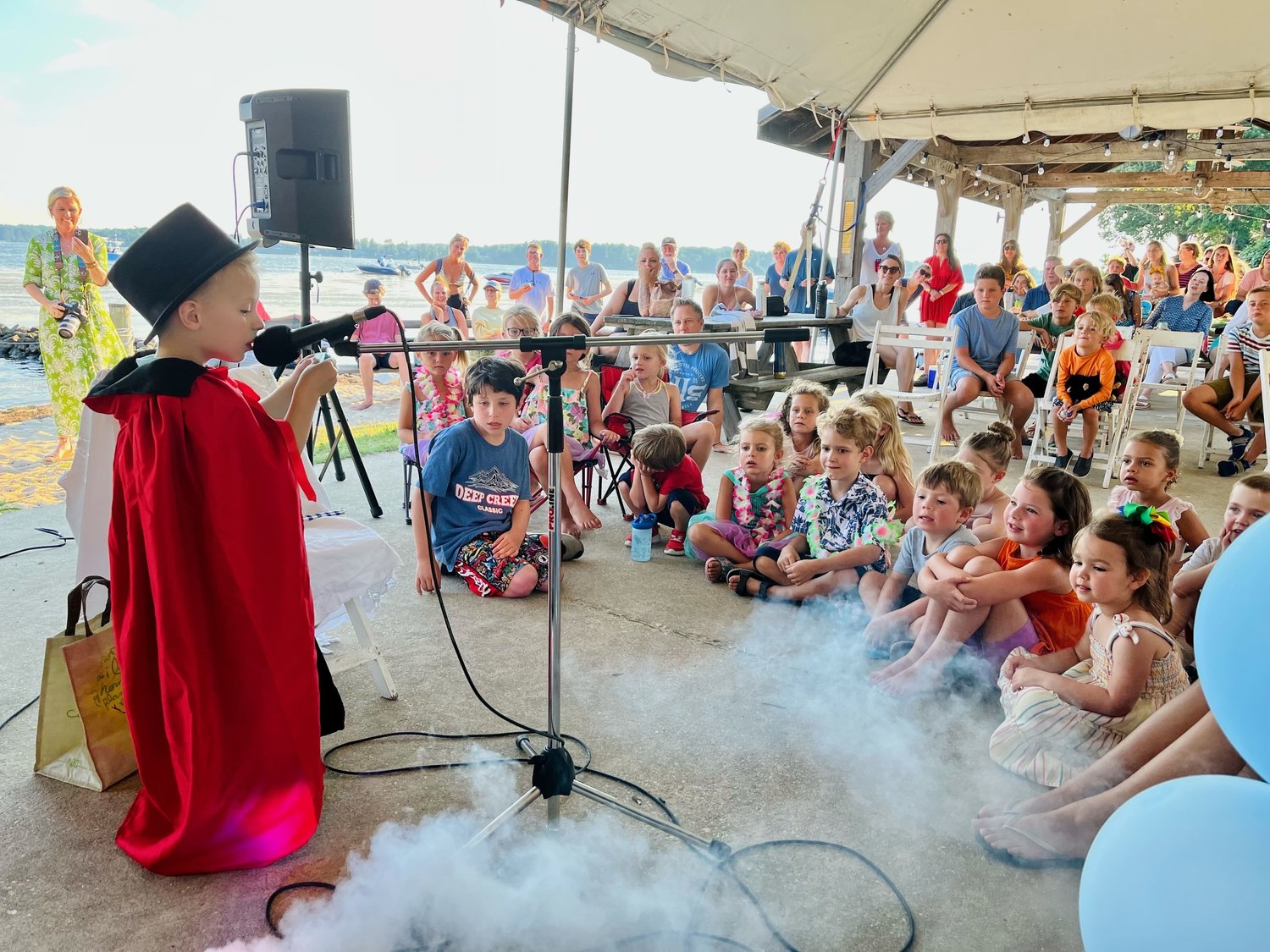 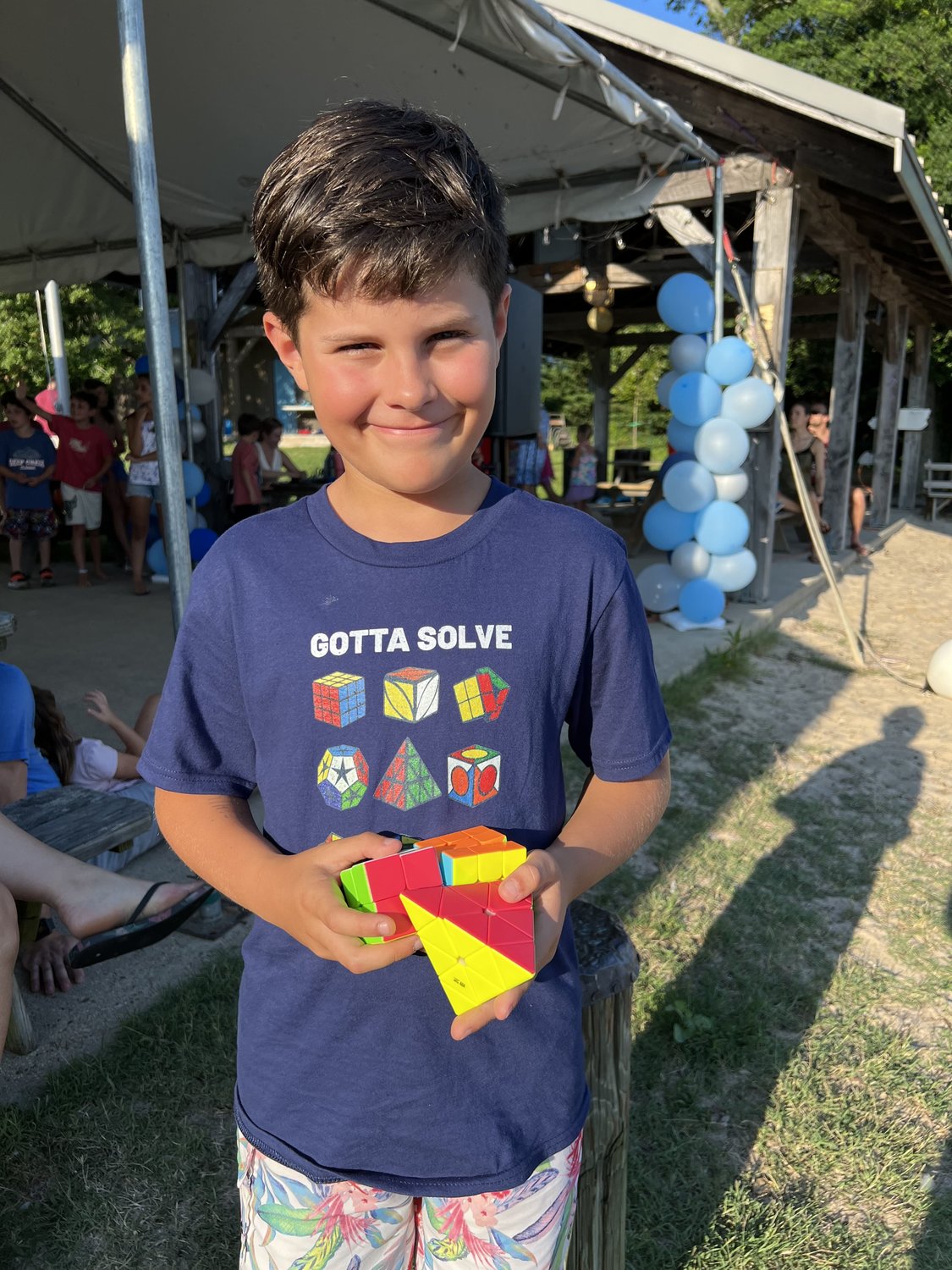 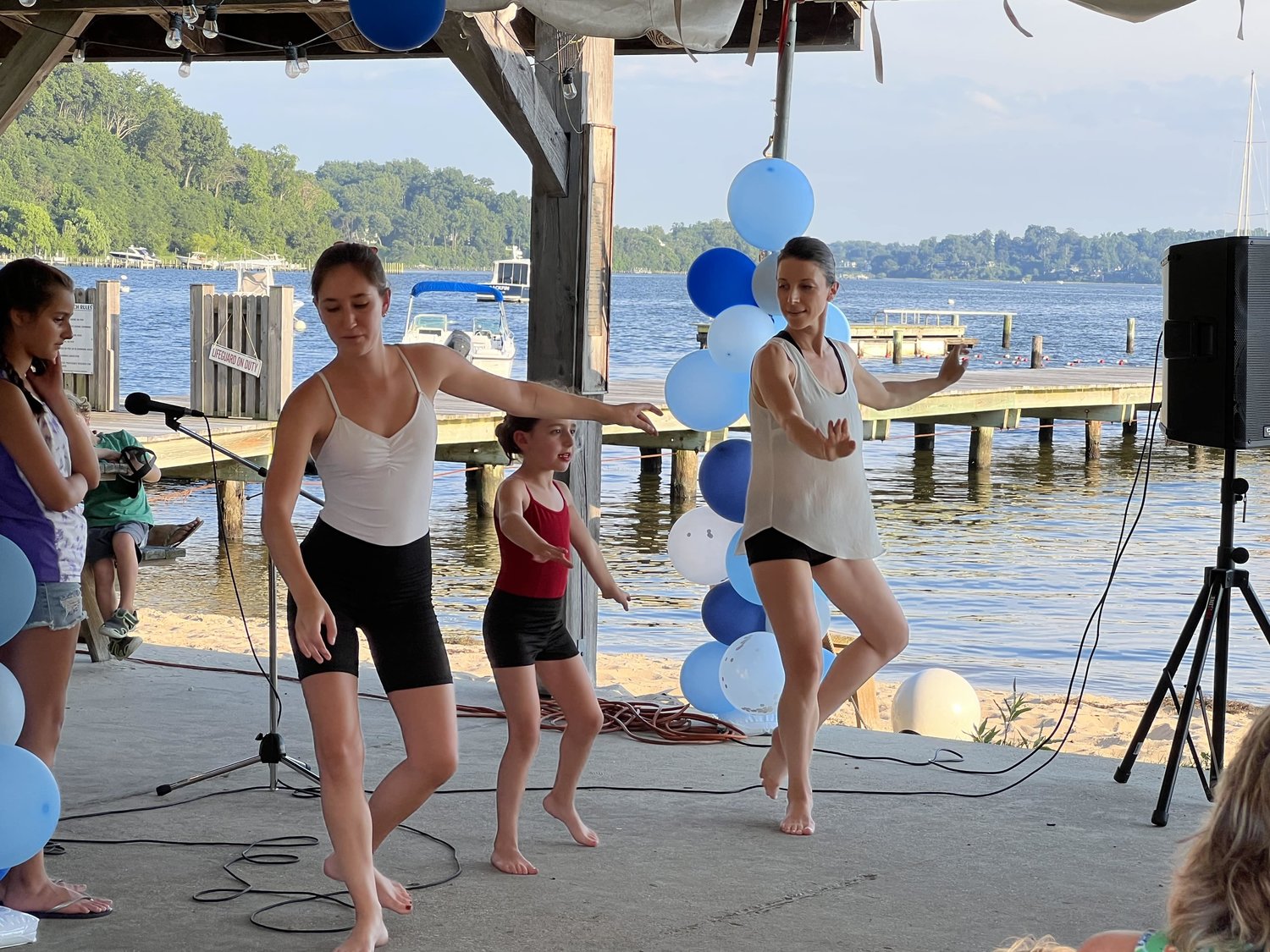 Dancing was a popular art form during the talent show.
Photo by Judy Tacyn
Previous Next
Posted Sunday, July 24, 2022 4:51 pm
By Judy Tacyn

With Wednesday night sailing on the Severn as the backdrop, more than 100 Round Bay residents gathered at the main beach in Round Bay on July 13 for a talent show put on by the neighborhood’s tiniest talents. For more than 20 years, this fun evening has provided a stage to children approximately 3—12 years of age to perform any act they choose. The talent show is one of the many evening events that take place during beach camp week, a longstanding tradition in the community.

Steph Carolan moved to Round Bay about three years ago and she was excited to jump into the community activities by volunteering to run the talent show this year. The spectacle is so popular that longtime residents, like Lee Kriel and Carrie Gruver, still attend the event even though their children have long outgrown the tiny stage.

“It’s my favorite night of the year!” Kriel said.

Carolan promised an array of acts including singing, dancing, improv and magic, and the kids didn’t disappoint!

Five-year-old Ver Carolan opened the show with a beautiful interpretive dance performance. Another 3-year-old, Owen King, mesmerized the audience with his wizardry and magic tricks.

In just the last few weeks, Matthew Sieben, a rising fourth-grade student at Jones Elementary School, learned how to complete a Rubik’s Cube. Matthew is so proficient that he started challenging himself by setting time limits on each puzzle. For his act, Matthew completed three Rubik’s Cubes in less than three minutes.

While some people never learn to solve a Rubik’s Cube, Matthew taught himself how in lightning speed. “There really isn’t a trick to solving the puzzle,” he said. “You just have to know how to put the colors back together.”

Norah Marshall and Karis Jung, both rising second-graders, along with their friend Tallulah Pestorius from Austin, Texas, also performed. Norah sang “Shake It Off” by Taylor Swift, while Karis did a cups routine to “Cups” from “Pitch Perfect.” Tallulah sang “The Middle of Starting Over” by Sabrina Carpenter.

Both Norah and Karis said they have been practicing their routine since school let out. Watch for these two onstage at “Rock ‘N’ Roll Revival” in years to come!

The 25 kids in 15 acts all did so well that everyone was declared a winner, thus proving that Round Bay’s got talent.

The Round Bay beach camp consists of a morning program with a different theme each day, including competitions, art, water, science and nature. In addition to the talent show, evening events include an ice cream social, movie night, a bonfire and a kids’ summer dance. About 50 campers participated this summer.