The worst beers in the world, according to Beer Advocate

Stacker compiled a list of the worst-rated beers in the world, using ratings from Beer Advocate. A maximum of five beers per brewery were included. 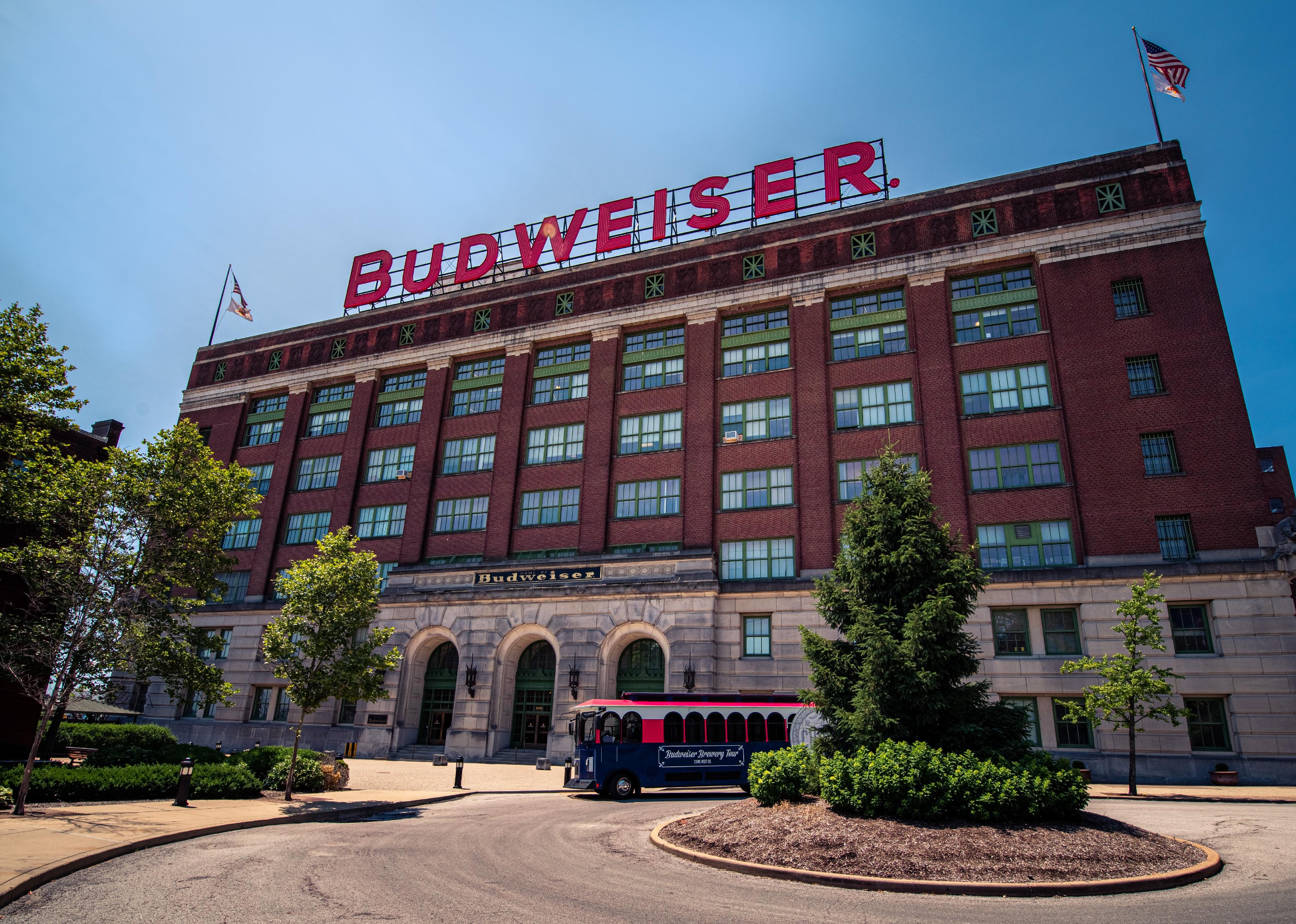 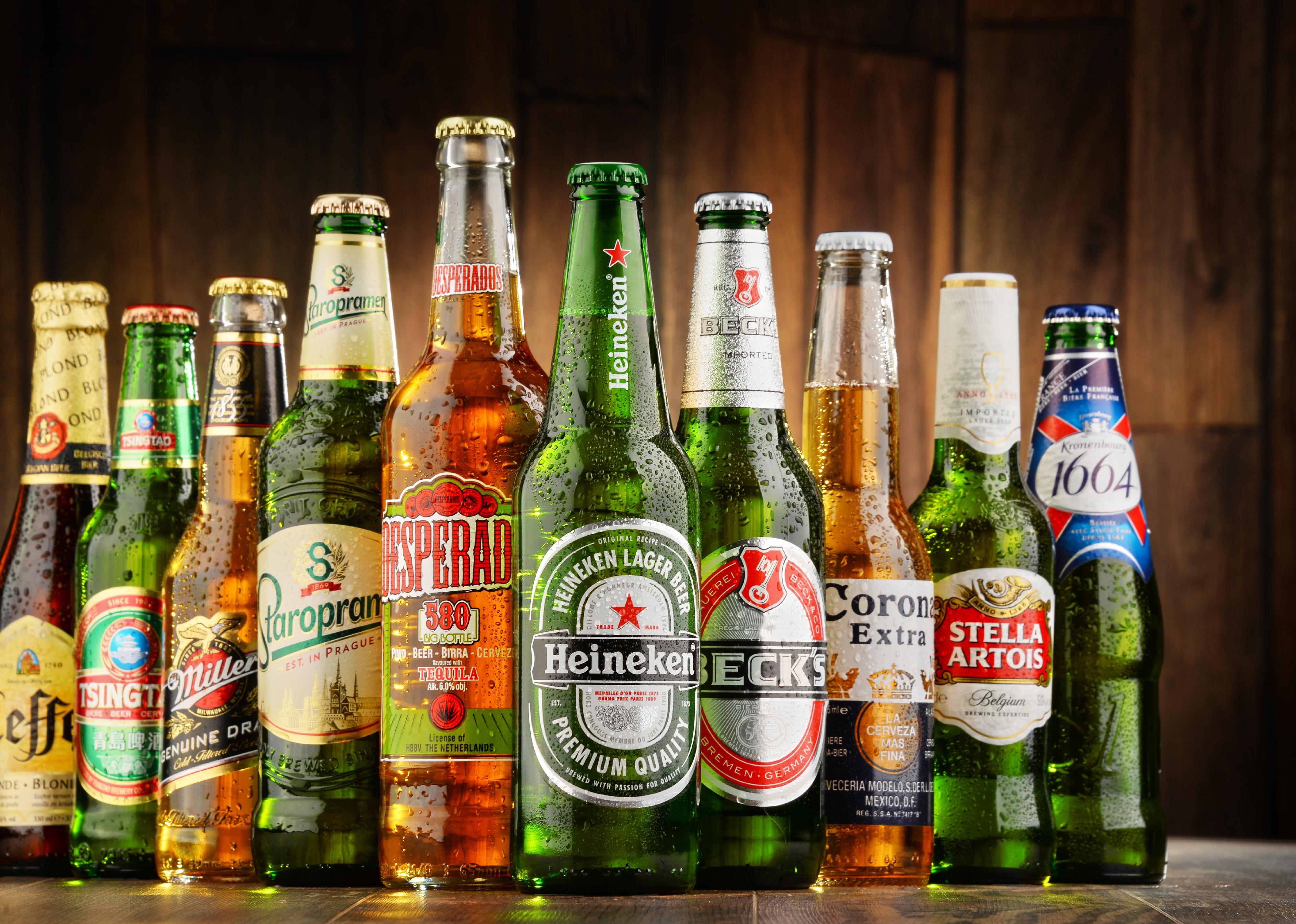 It's no surprise that Americans love their beer.

Despite having a relatively old legal drinking age compared to the international standard of 18, America still ranked among the drunkest countries in the world in 2021. The previous year, legal consumers in the U.S. drank an average of 26 gallons of beer per person.

Craft beers, in particular, are growing in popularity in the U.S. In 2021, craft beer sales rose nearly 8%, compared to 1% for the overall beer market. A dramatic jump in the number of breweries nationwide began around 2010, increasing from 1,813 that year to 9,247 as of 2021.

But as it turns out, Americans also hate their beer. Beer Advocate allows users to rank and leave comments on any beer commercially available, and critics who pick up on watery taste and over-carbonation do not mince words.

Ironically, many of the worst-ranked beers are also the most bought nationwide, including Corona Extra and Bud Light. This could be because American drinking culture uniquely prizes low-quality, light-bodied beer that can be drunk quickly in large quantities. America has a more dysfunctional drinking culture than most other countries. The fraternity system and massive sporting events (not to mention tailgates) are just two examples of cultural staples that eschew other countries' fondness for moderation and pacing when drinking.

Overall, however, the rise in popularity of craft beers may very well mean that these rankings will soon be reflected in sales numbers. This shift has already begun: over the past decade, regional breweries have stolen a more significant portion of national annual beer sales from global giants. In 2010, Anheuser-Busch InBev and Molson Coors (formerly MillerCoors), two of the largest beer companies in the world, comprised roughly 77% of total beer sales in the U.S. In 2020, that share was less than 60%. As tastes become more refined, average beer prices are increasing as well, reflecting consumer demand for a higher-quality product.

So which beers are Americans "hate-drinking?" Stacker compiled a list of the worst-rated beers in the world, using ratings from Beer Advocate. This list was created by choosing those with the worst rank among beers with more than 100 ratings. To diversify the beers' origins, Stacker selected a maximum of five beers per brewery for ranking.

You may also like: IPAs to Pilsners: The best beer of every type 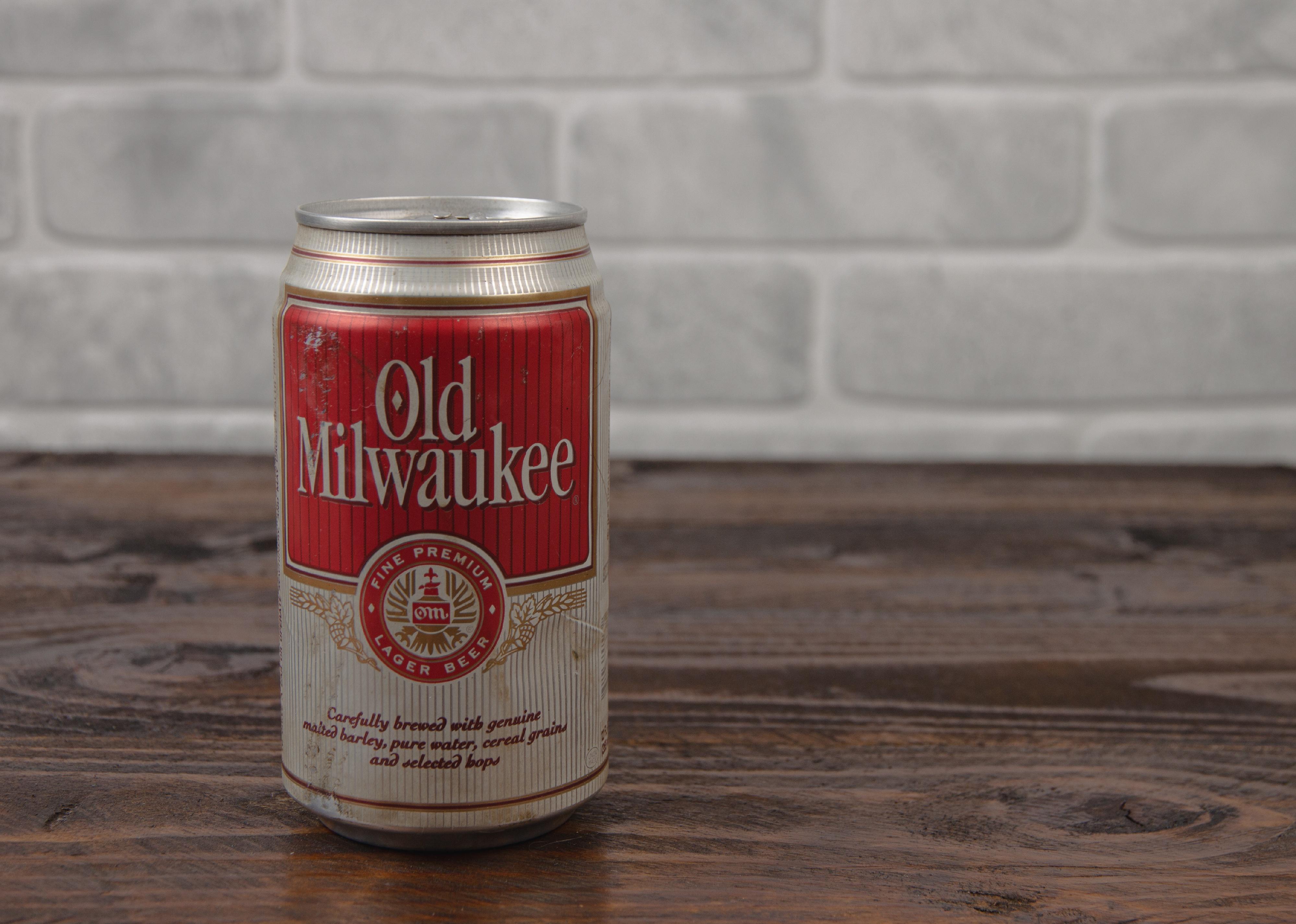 Old Milwaukee's lightness and heavy carbonation have some critics. Nevertheless, it won medals at the Great American Beer Festival six times since 1997. 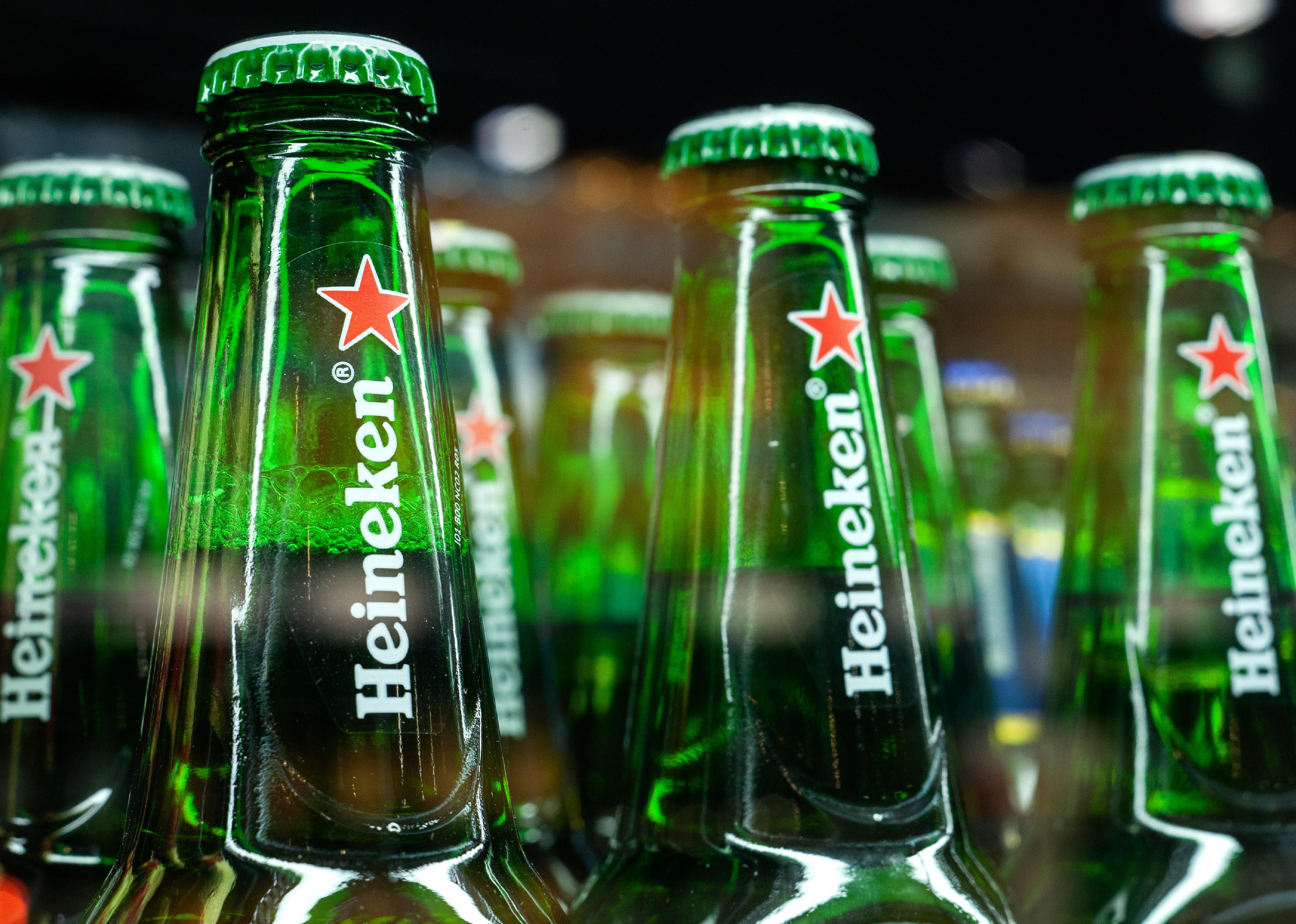 Heineken's Premium Light Lager was introduced in a limited number of states in 2005 before being released nationwide the following year. The beer's primary draw is that it has just 90 calories, but many consumers think this comes at the cost of taste, with some reviews calling the offering watery and flavorless. 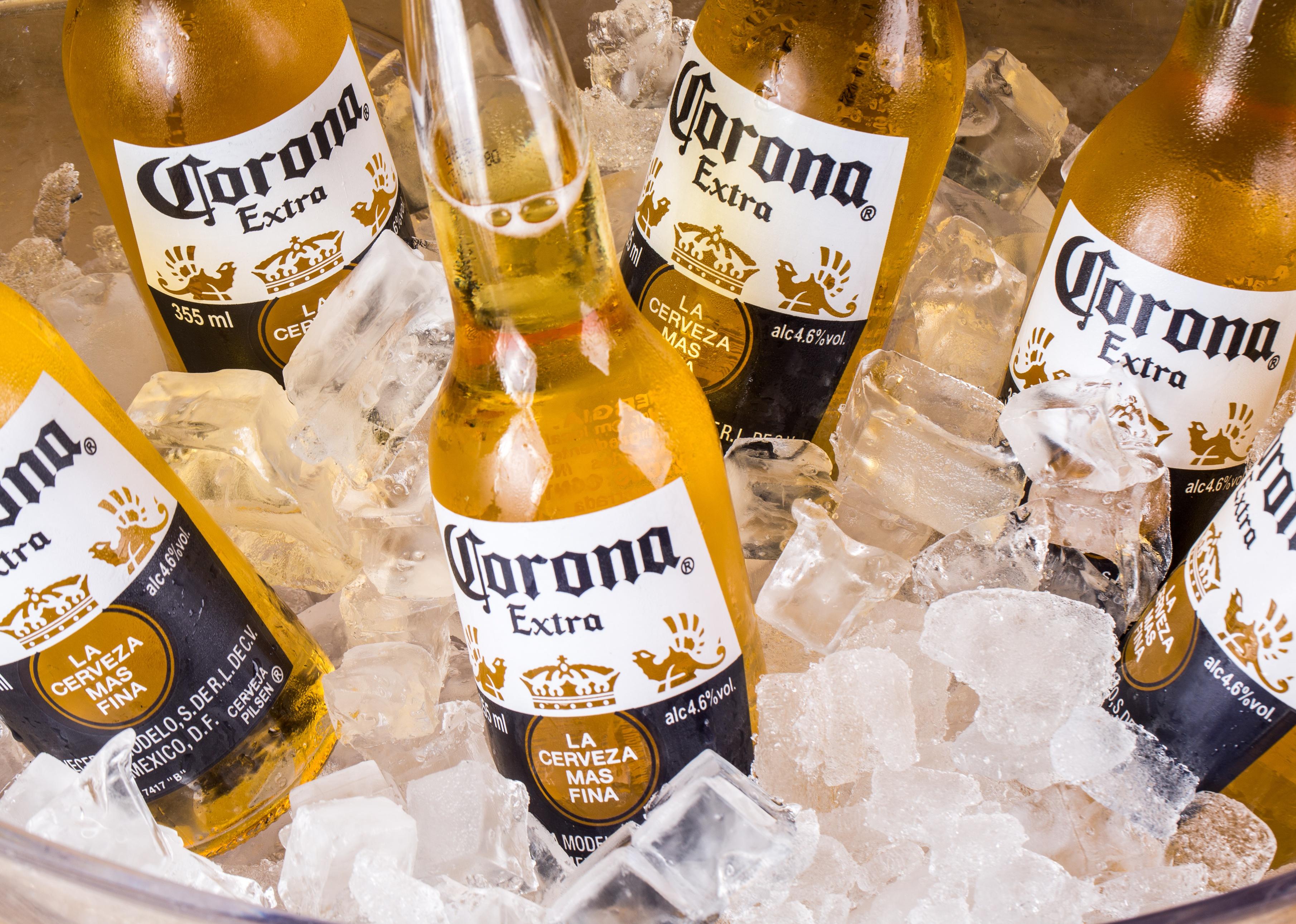 Corona Extra is the most popular of Corona's beers and has ranked as one of the top-selling imported beers in the U.S. since 1998. Advertised as a light, fruity lager, some customers think it ultimately tastes too bland. 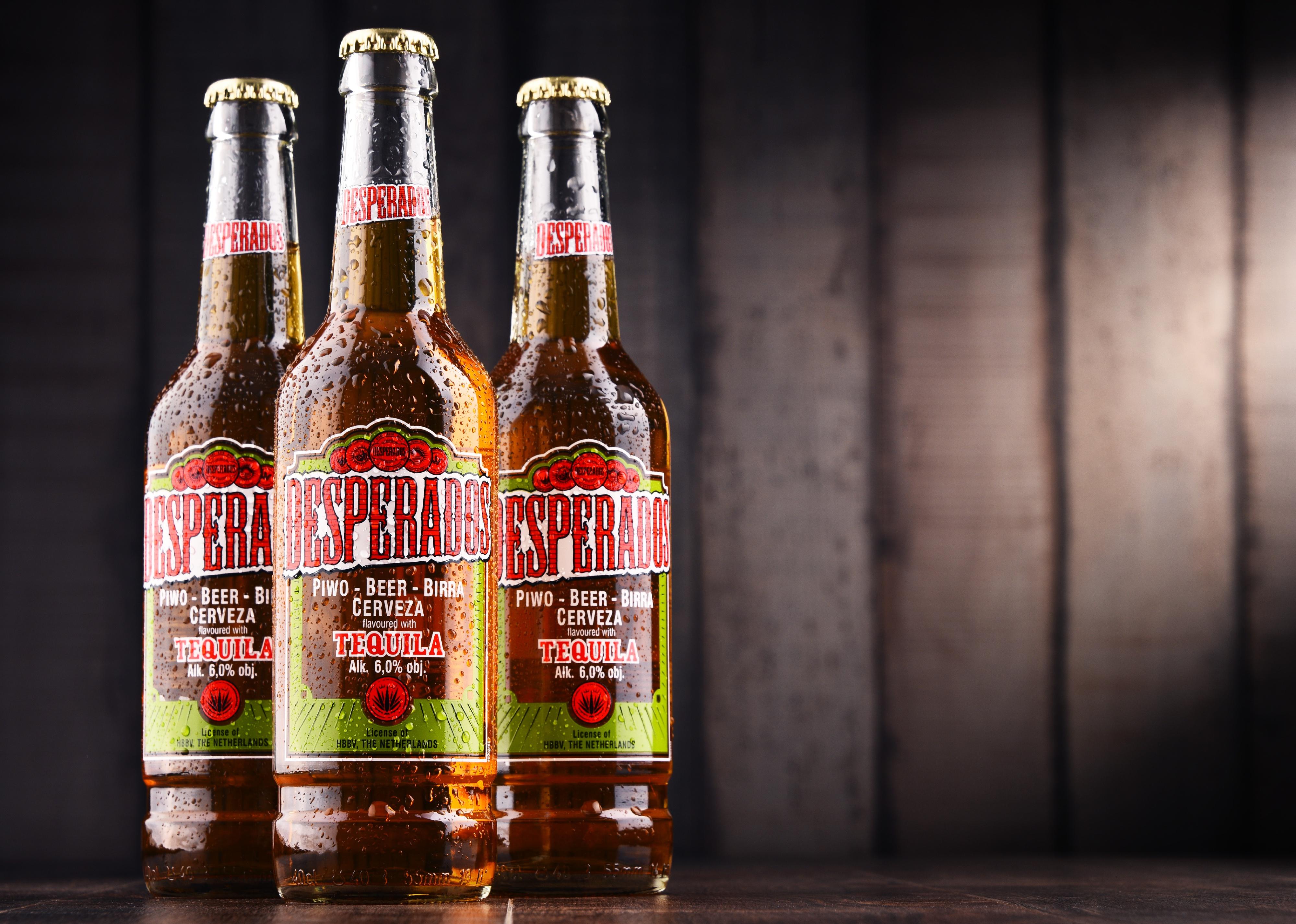 Desperados is known for its distinctive tequila flavor, resulting in an alcohol by volume of 5.9%. The unique taste rubs many consumers the wrong way, though, with several describing it as overly sweet, and the tequila notes overpowering the traditional beer hops. 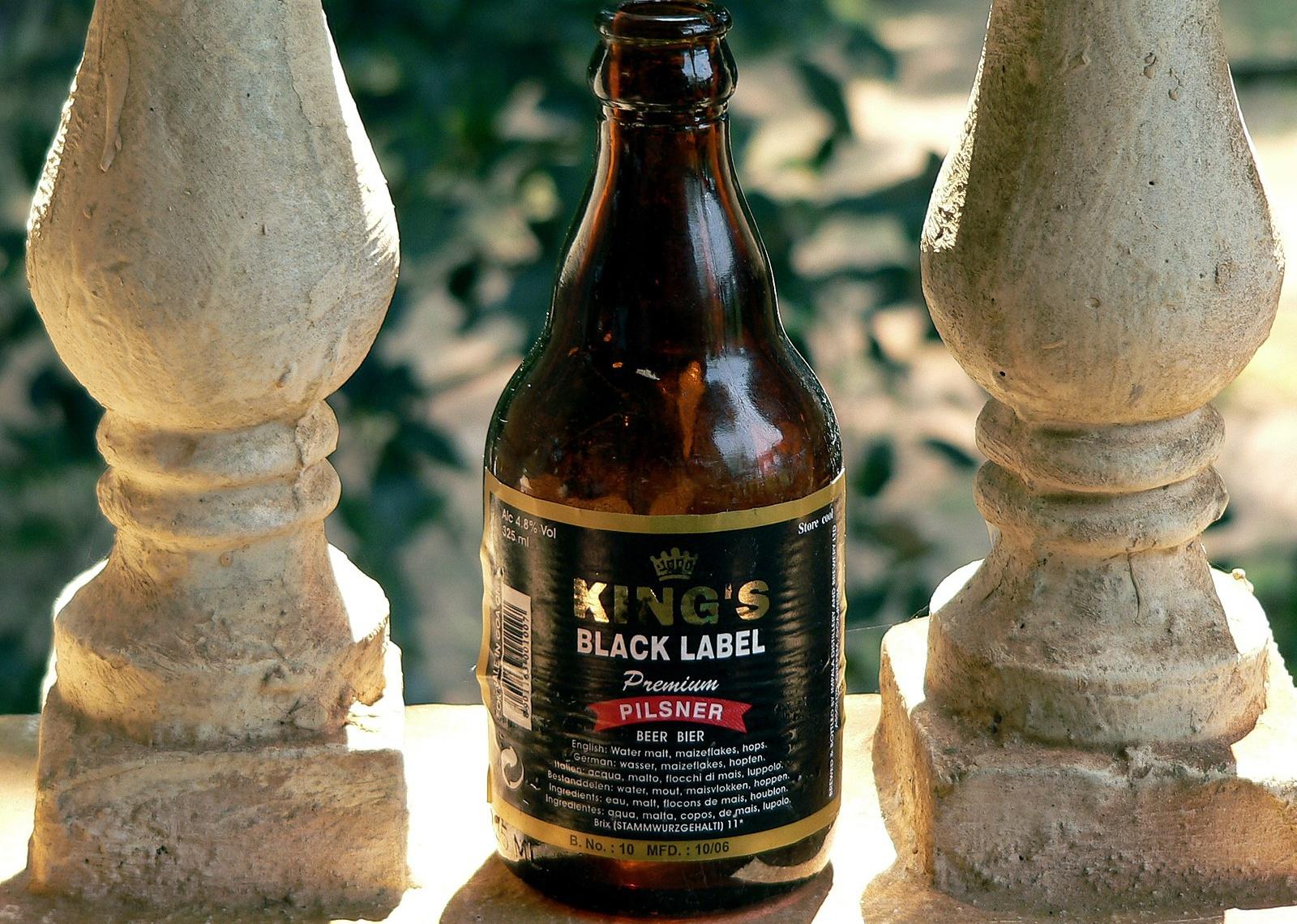 Black Label Beer has been brewed in Canada since 1926 but is consumed worldwide, even going by the shorthand "Carling" in the U.K. to make it easily summoned for at crowded bars. Despite Black Label's popularity, it has been criticized for tasting like "sweat" and being flat. 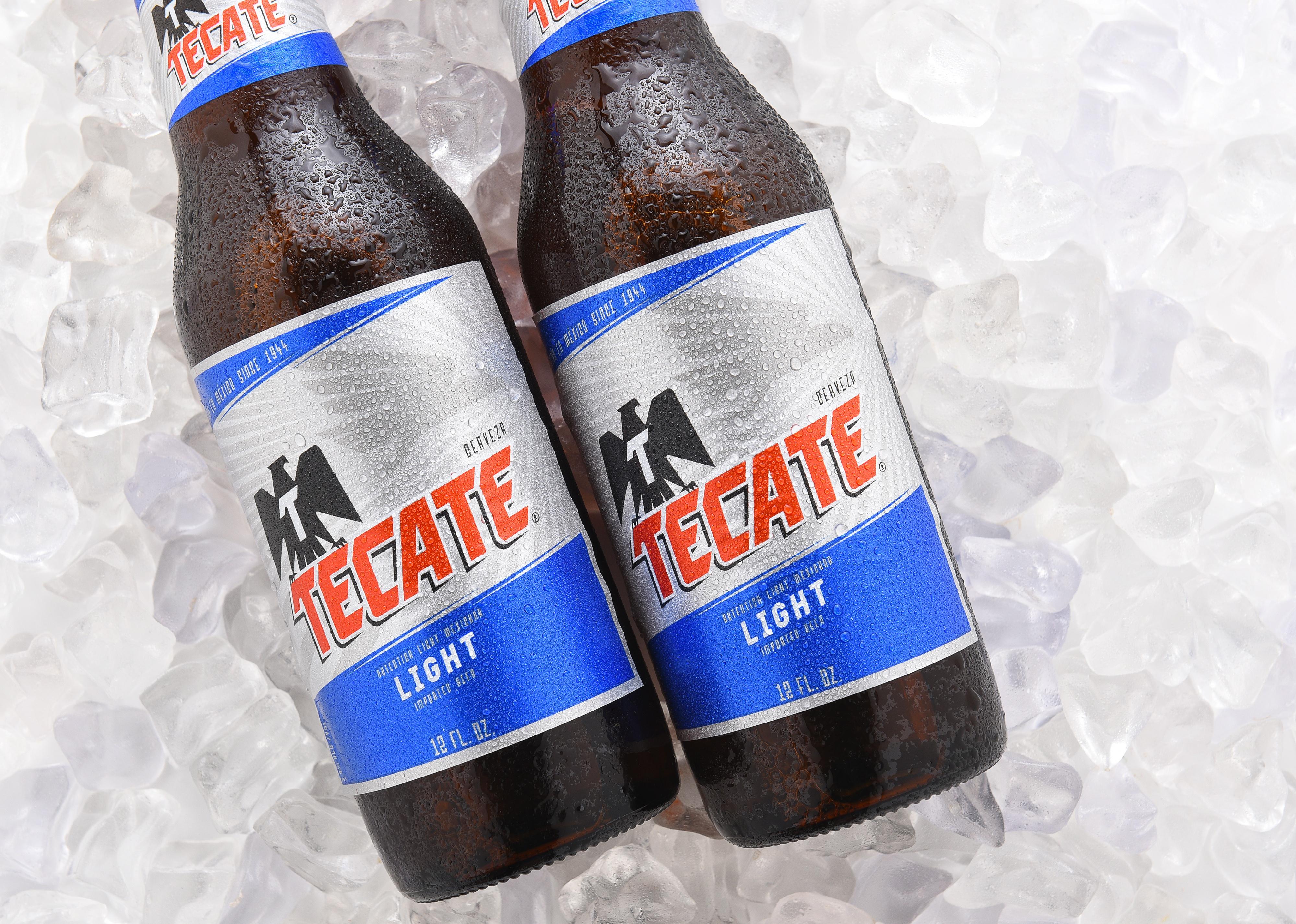 Tecate Light is the less calorie-dense version of its namesake, brewed to achieve a citrus taste. Many drinkers note a distinct (and distasteful) corn syrup flavor in the drink. 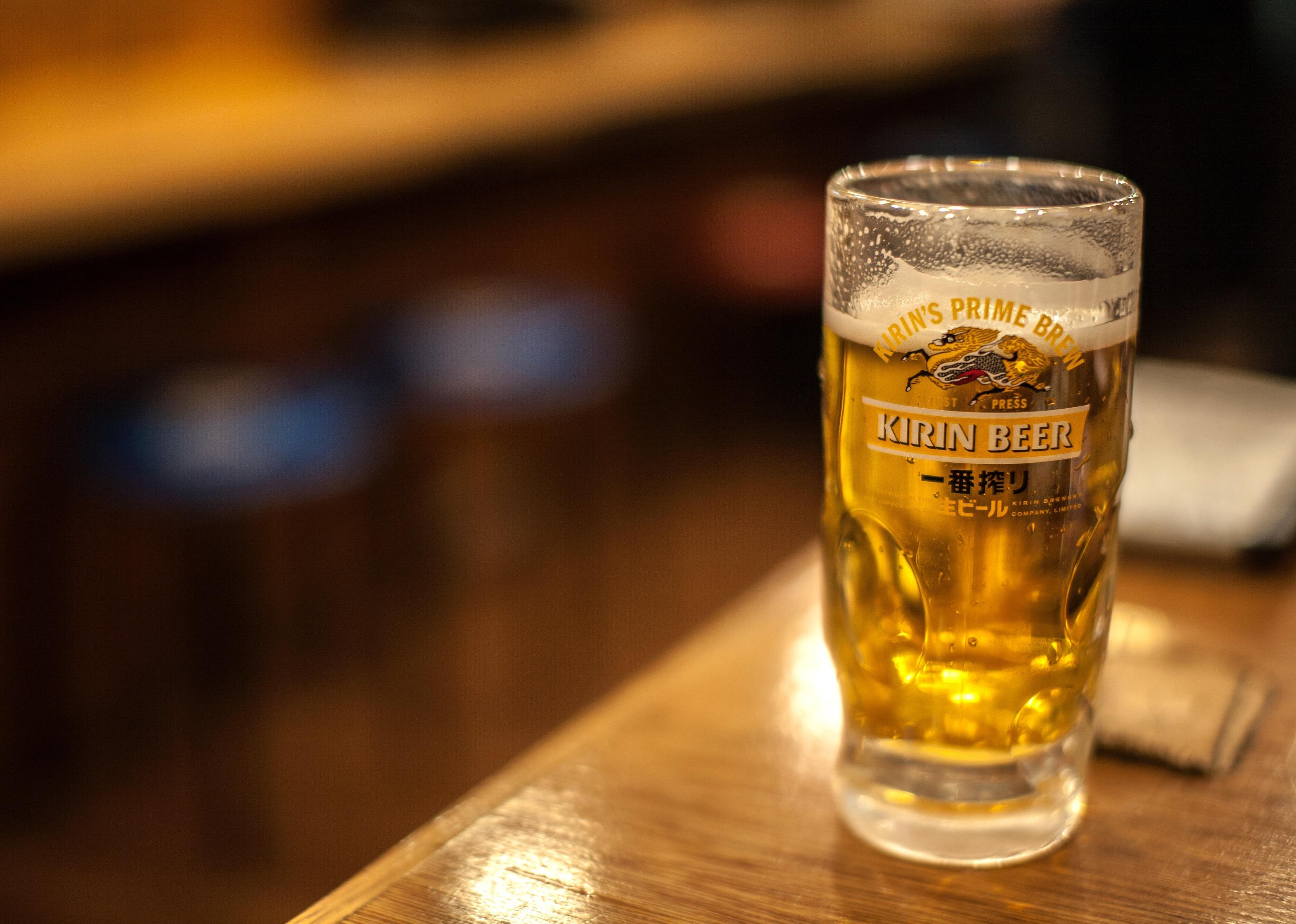 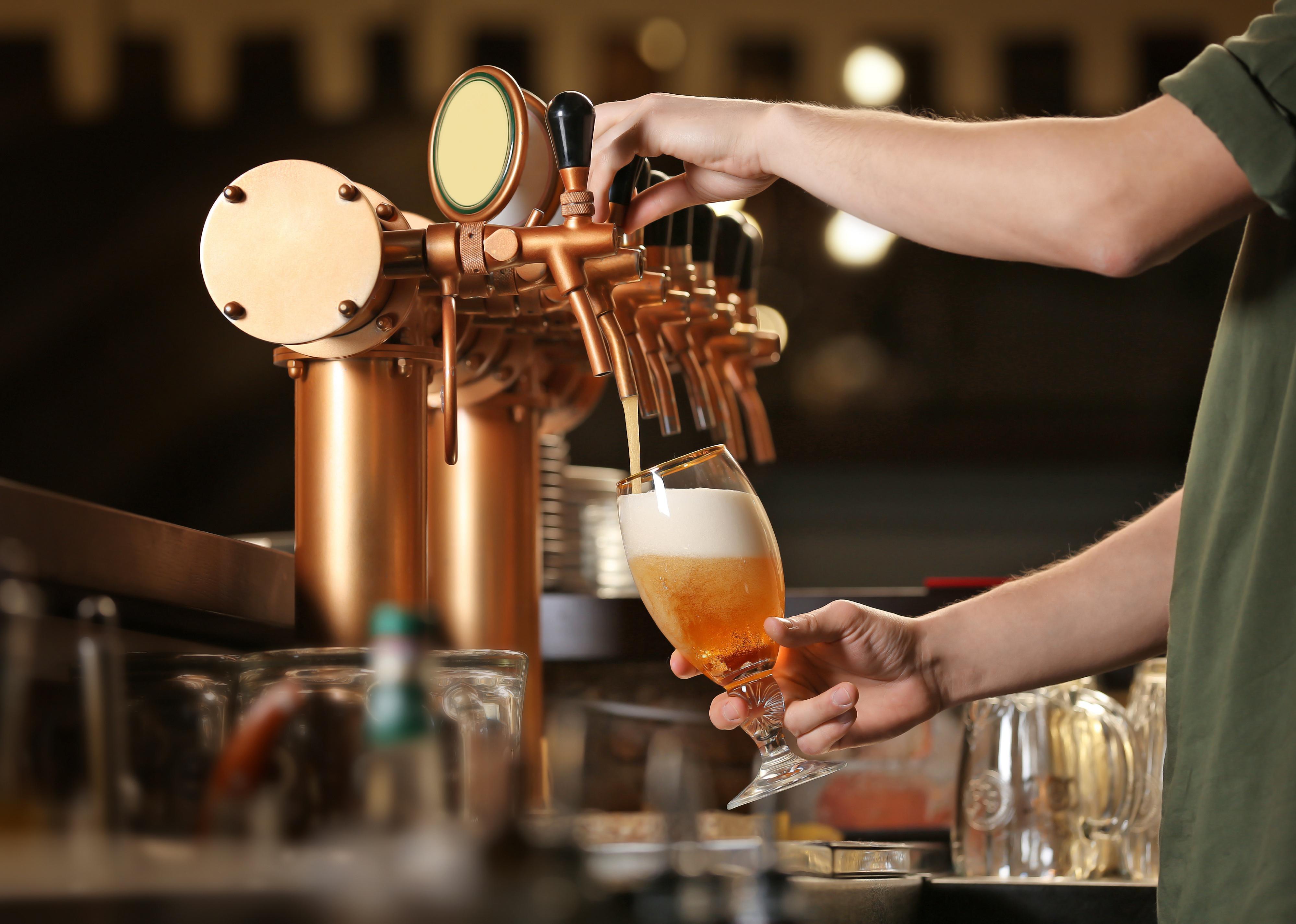 Colt 45 generally turns off drinkers with its overpowering booziness. A beer modeled to imitate malt liquor is unorthodox enough to require a star-studded PR campaign to encourage consumption: various celebrities have promoted the drink, most recently Snoop Dogg. 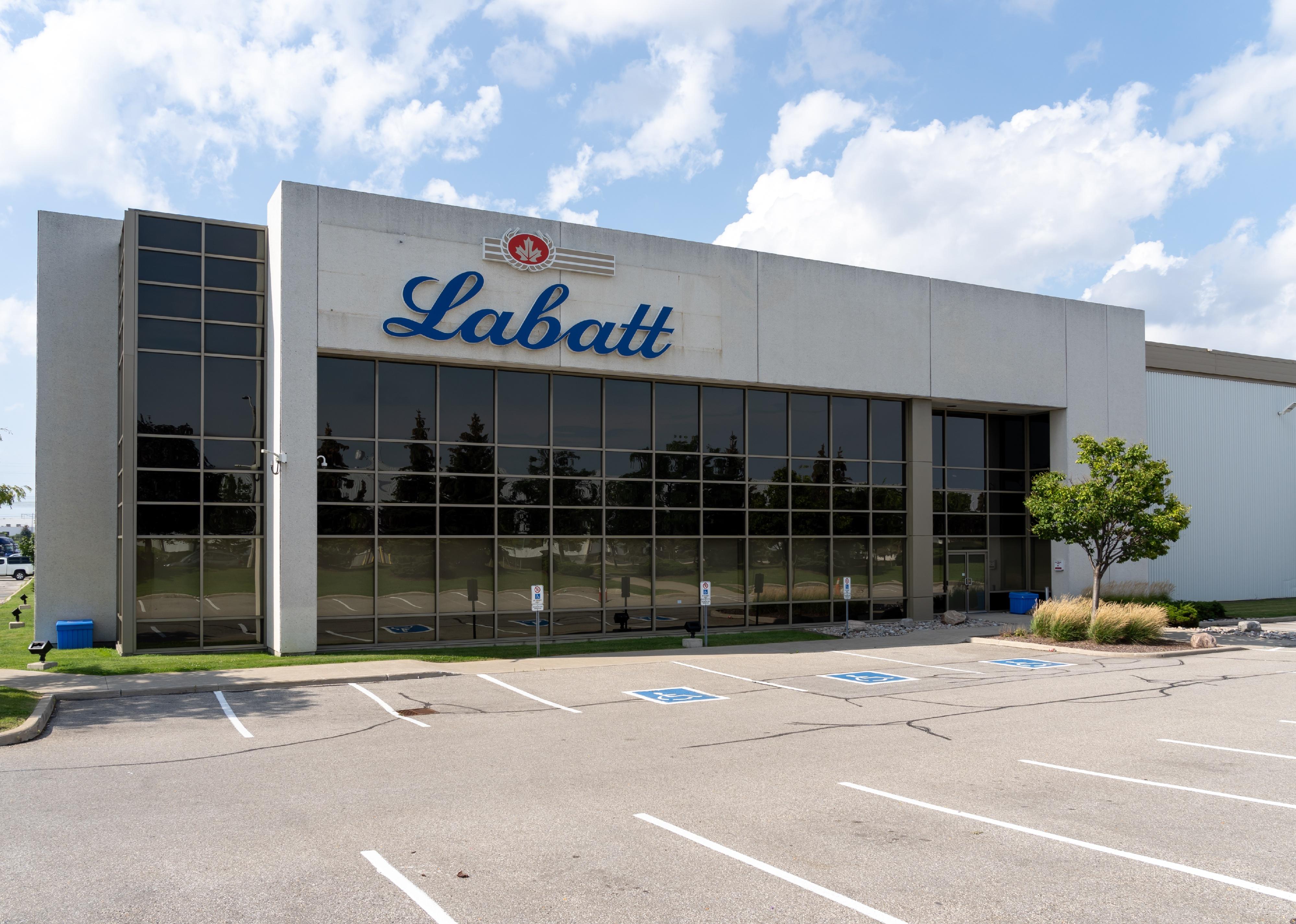 Labatt Blue has been a dependable choice for Canadians looking for a light beer that can be consumed quickly en masse. Though this variation was created in 1983, the brewery itself has existed in its earliest form since 1847. 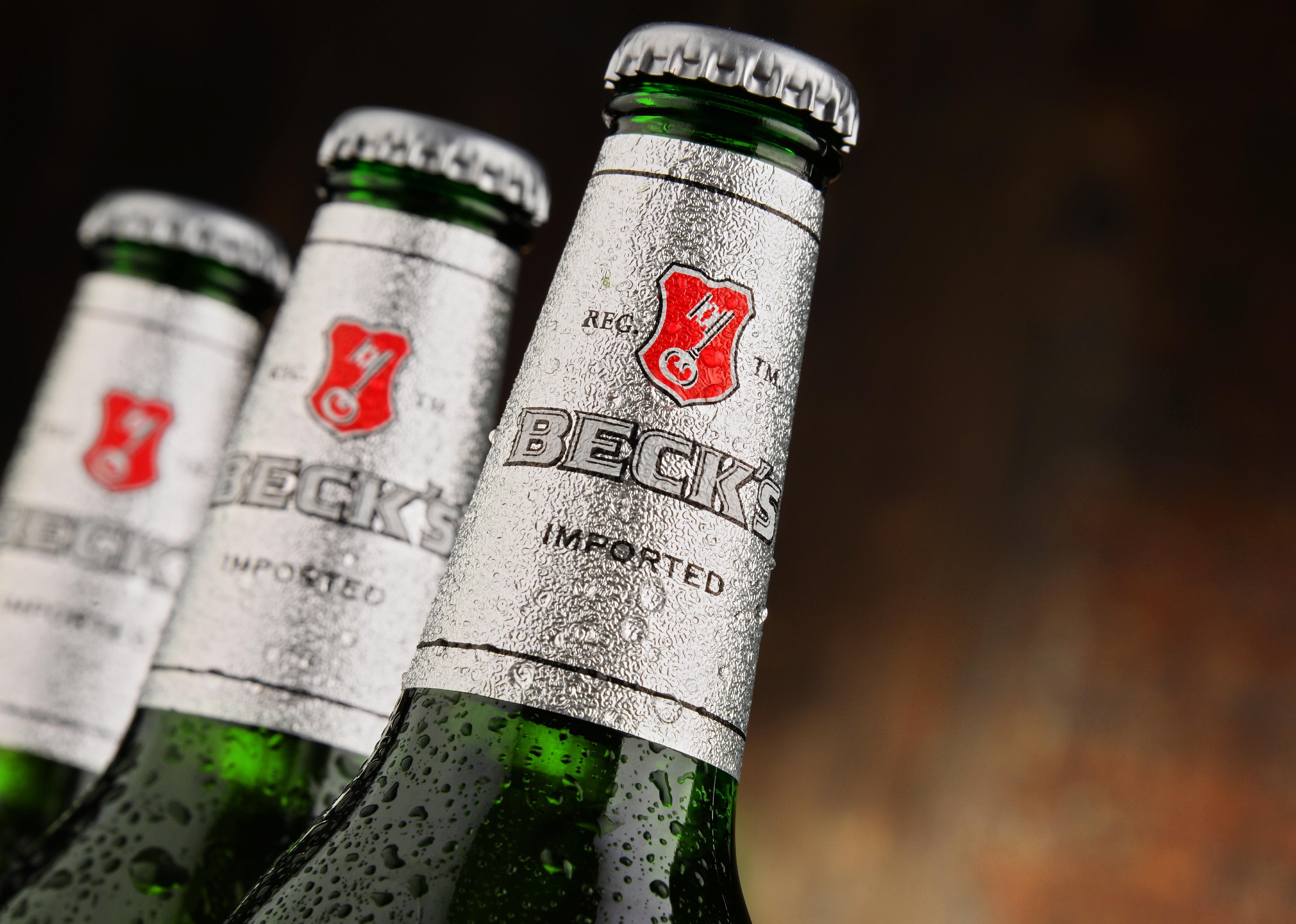 Beck's Premier Light has a unique selling point of being only 64 calories and containing just 3.9 grams of carbs. Though it is an enticing choice for the health-conscious, those looking for a fuller-bodied beer may be disappointed, with many reviewing it as being watery and too low-alcohol. 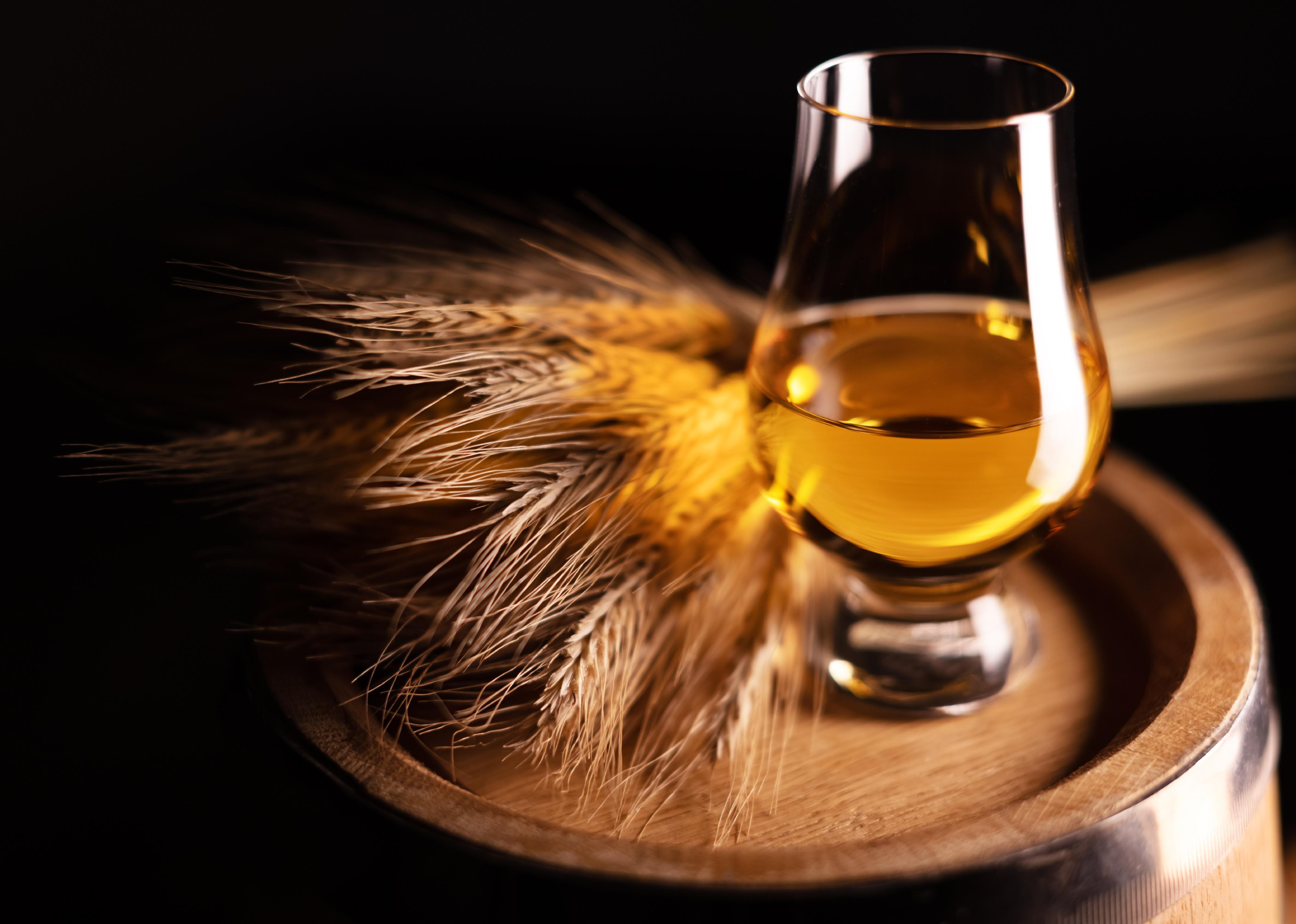 St. Ides is notable for having an alcohol content higher than malt liquor. What it lacks in flavor balance, it makes up for in pop culture lore. The beer has been endorsed by a slew of famous rappers including the Notorious B.I.G., 2Pac, Ice Cube, Wu-Tang Clan, Dr. Dre, and Eminem. 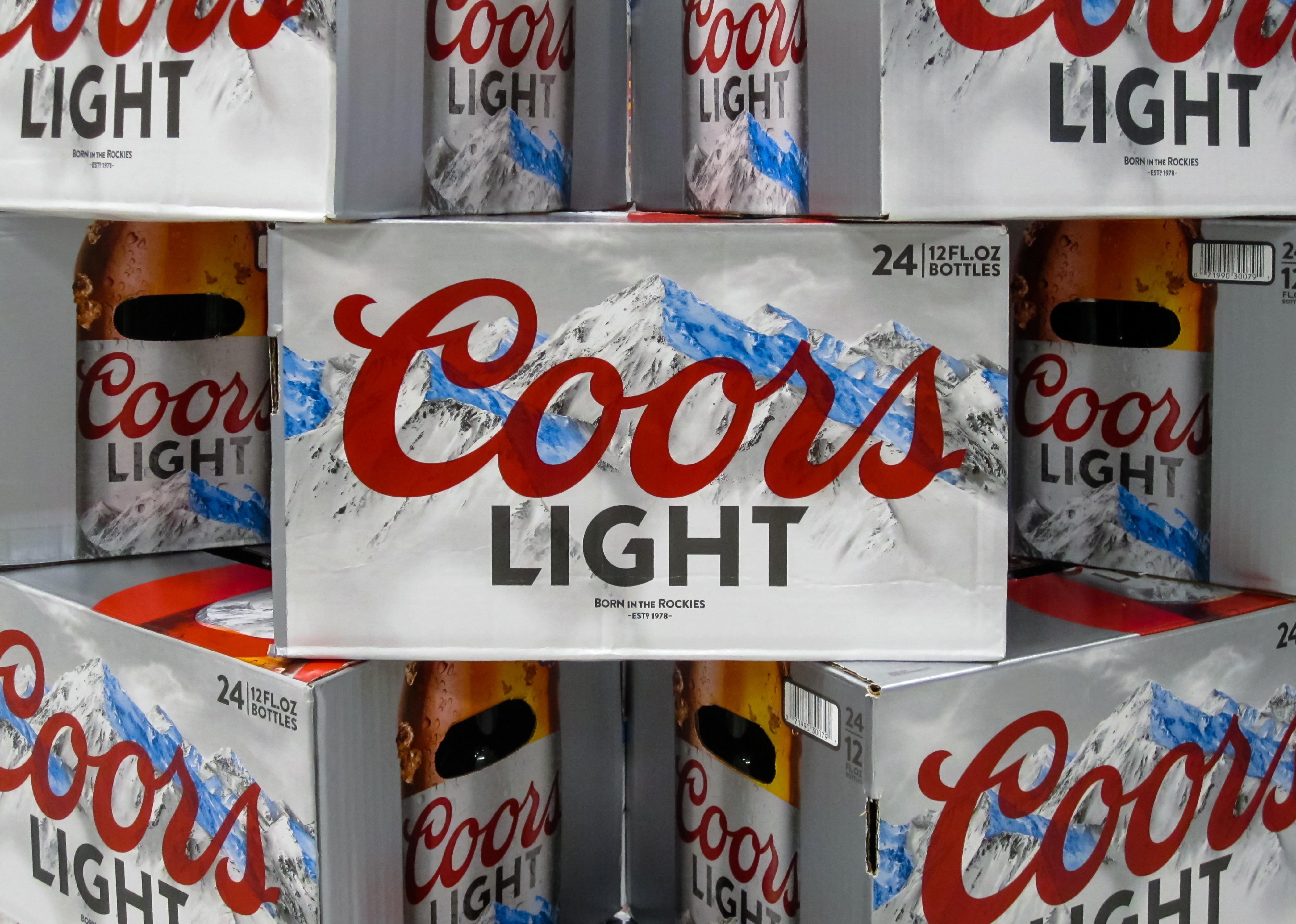 It's not just a watery taste and overly carbonated texture that has gained Coors Light pushback. In 2013, the brand was called out by the Federal Trade Commission for allegedly misleading consumers into thinking that it had achieved a scientific guarantee of freshness with slogans including "the world's most refreshing can" and "beer on the inside, science on the outside." 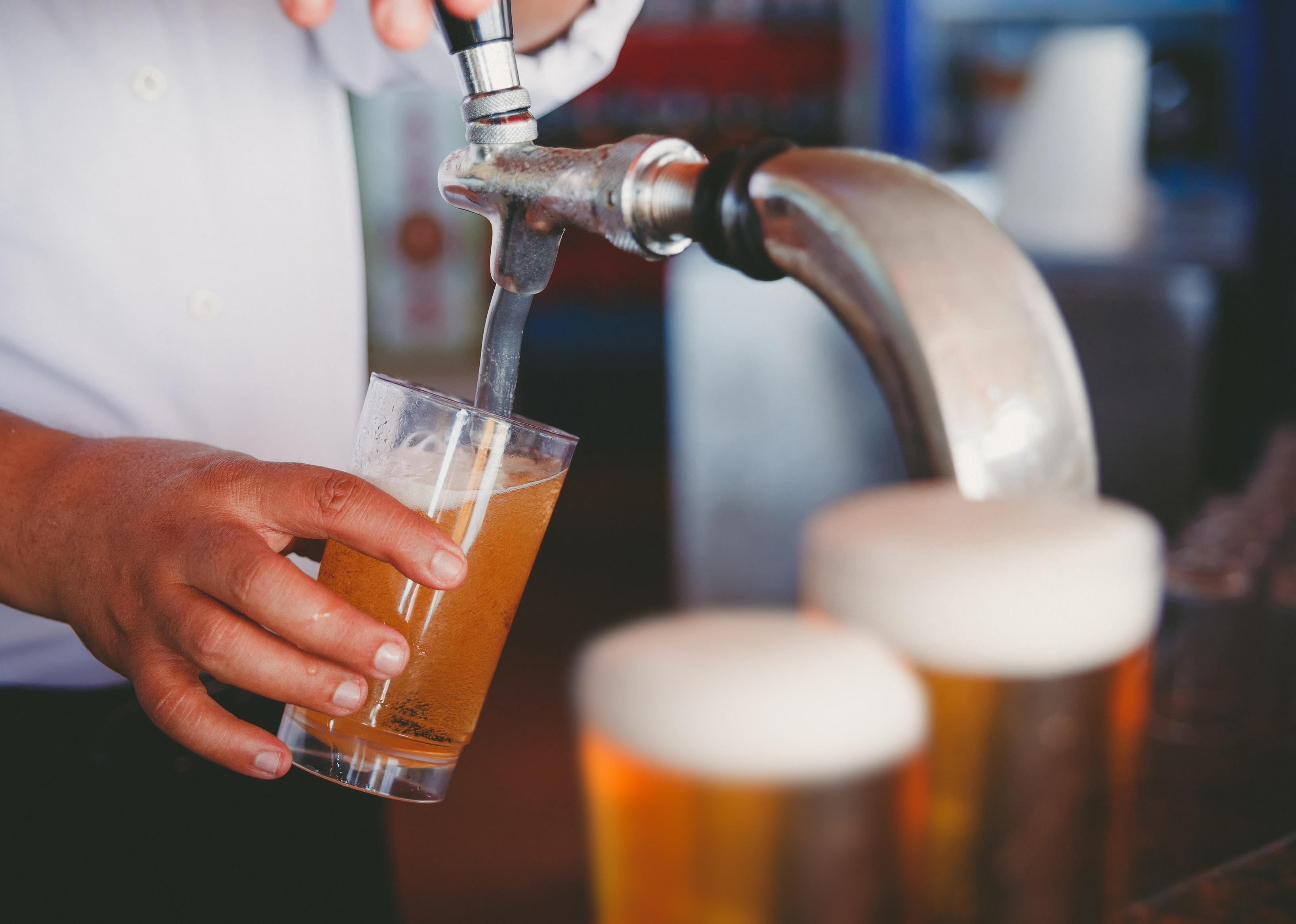 Red Dog beer had its peak of popularity just before the 2000s and it is hard to find in stores today. But its manufacturer, the Miller Brewing Company, remains one of America's most significant breweries, in operation since 1855, and influential in the development of light beer. 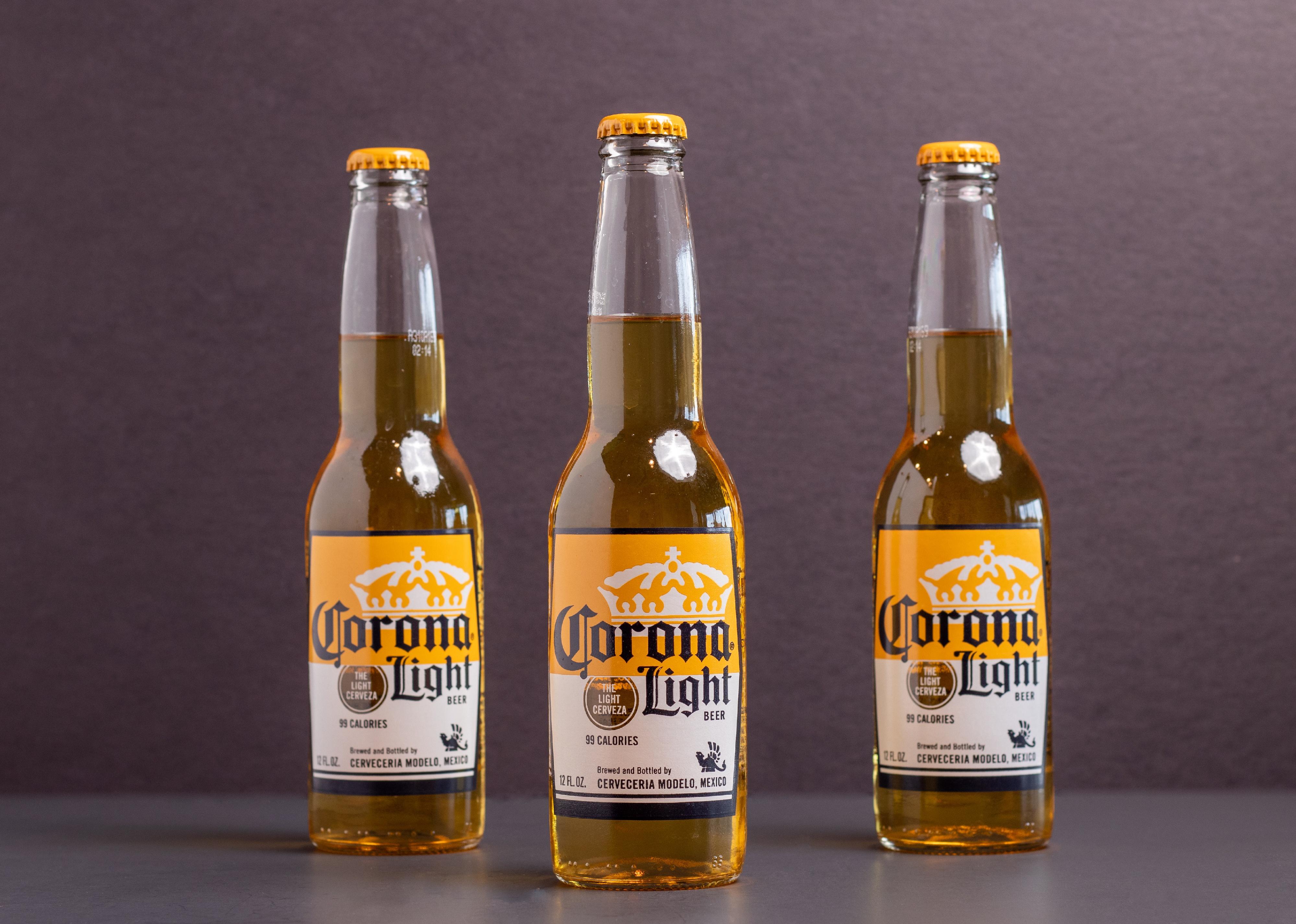 Corona Light falls just behind Corona Extra in popularity, with around one-third of the calories and half of the carbs. The beer suffered from negative public opinion at the beginning of the COVID-19 pandemic, when over a third of Americans said they would not buy Corona "under any circumstances" because of its association (in name only) with the coronavirus. 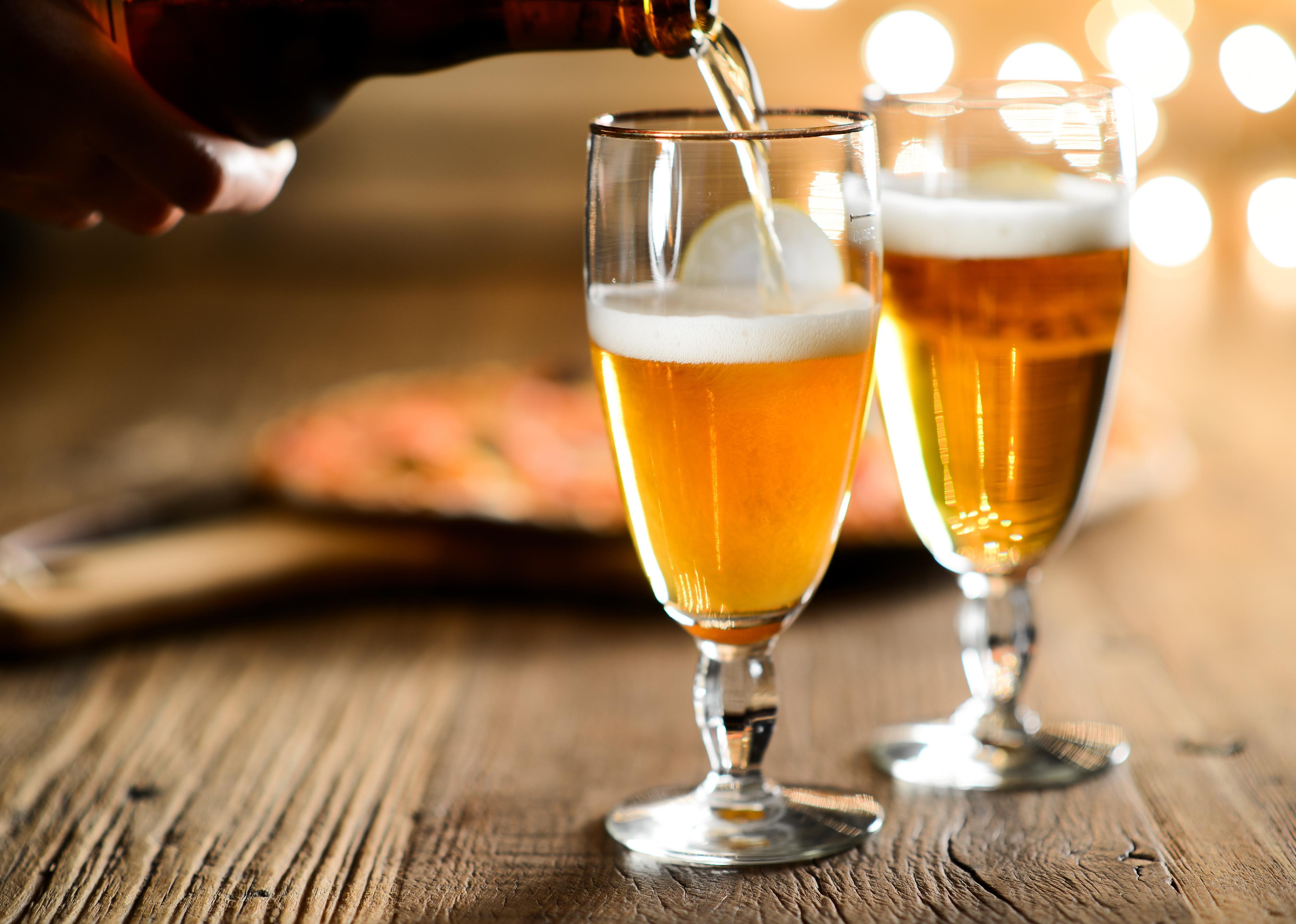 Keystone Lager is light-bodied—so light that those looking for a nuanced, flavorful taste will have complaints. The beer's smoothness, however, makes it a popular at tailgates and other gatherings that call for an easy-to-drink can. 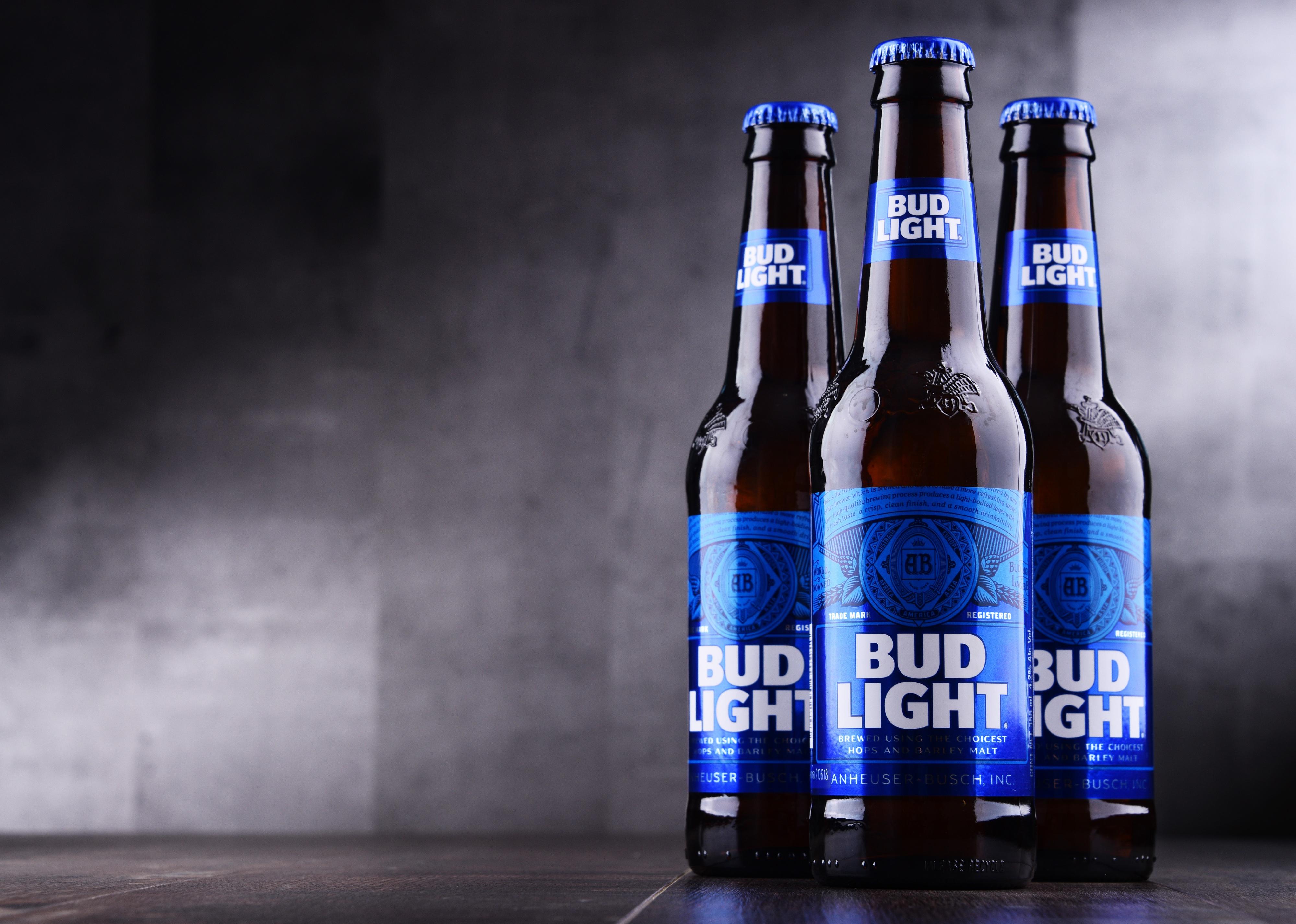 Bud Light is so popular that it inspired a collection of spin-off drinks, including Bud Light Seltzers, Bud Light Peels, Bud Light Platinum, and Bud Light Chelada. The beer was described by one reviewer as "water with a hint of alcohol." 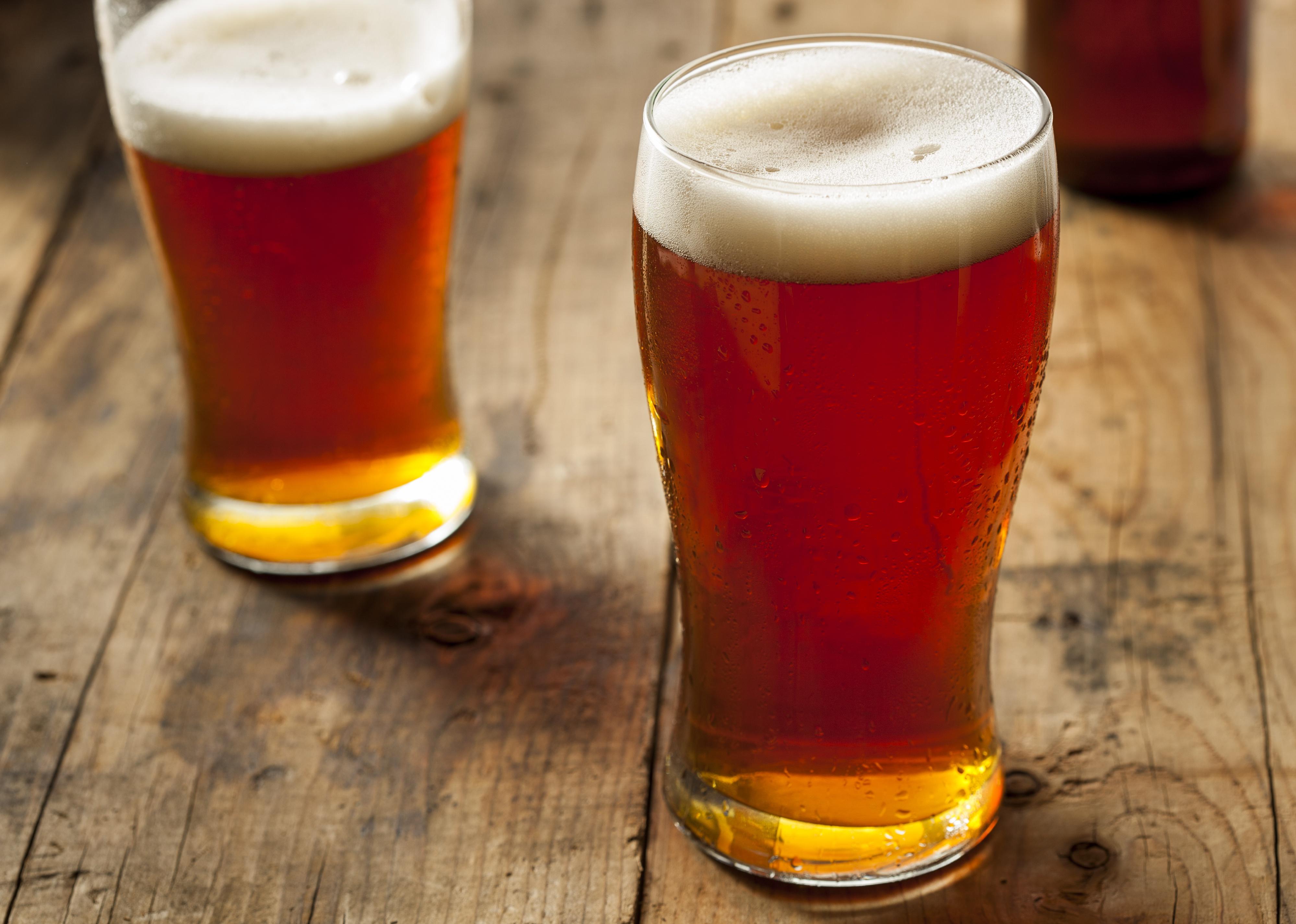 Keystone Premium is much less popular than its lighter version—which is still derided amongst beer lovers (see #6 on this list). Critics say the fuller Keystone is "skunky," with a "metallic" taste. 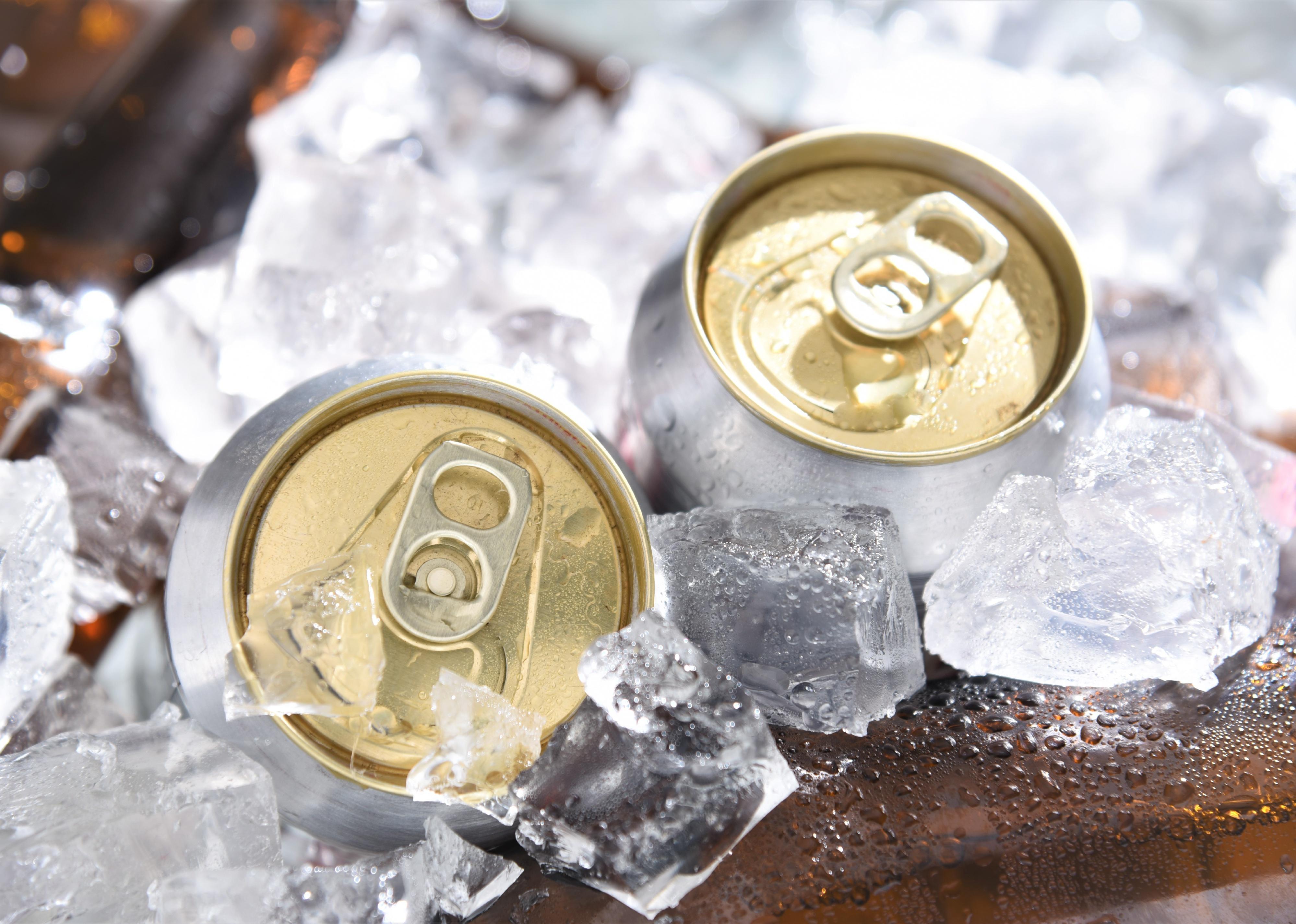 Uniquely, Busch Ice has a slightly sweet taste, which many drinkers are not fans of. This is achieved through an ice-brewing process, during which the beer is frozen to achieve a sugary taste and high ABV. 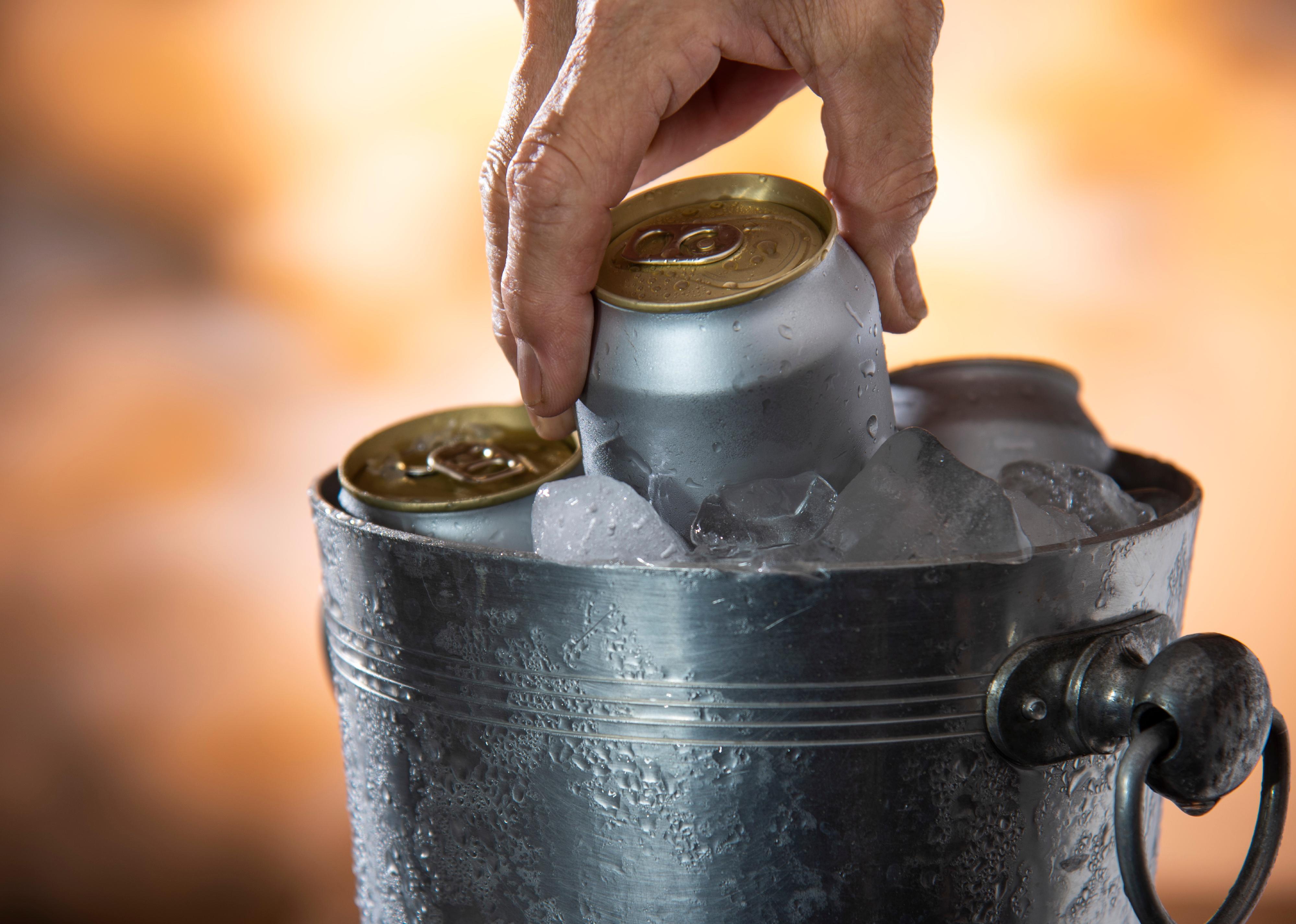 Though both beers are largely disliked by American consumers, Natural Ice has a slight edge on its brother Natural Light due to its higher alcohol content. The beer is brewed with hops, malt, and corn at a temperature below freezing—thus the "Ice" moniker. 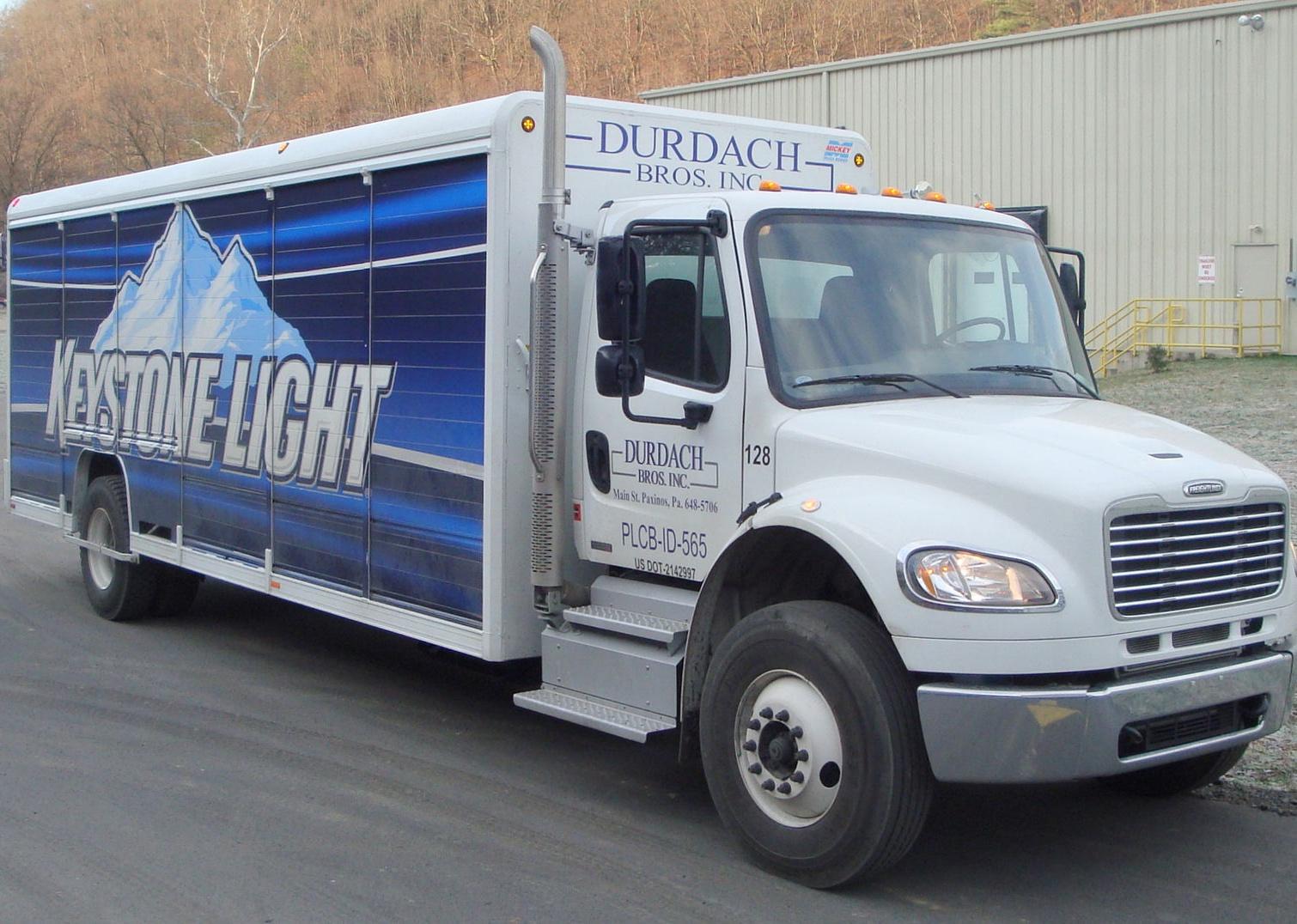 As the name Keystone Light would suggest, criticisms of this beer largely focus on the fact that it's very watery. The beer is popular in drinking games, where its weak taste makes it easy to drink quickly in large volumes. 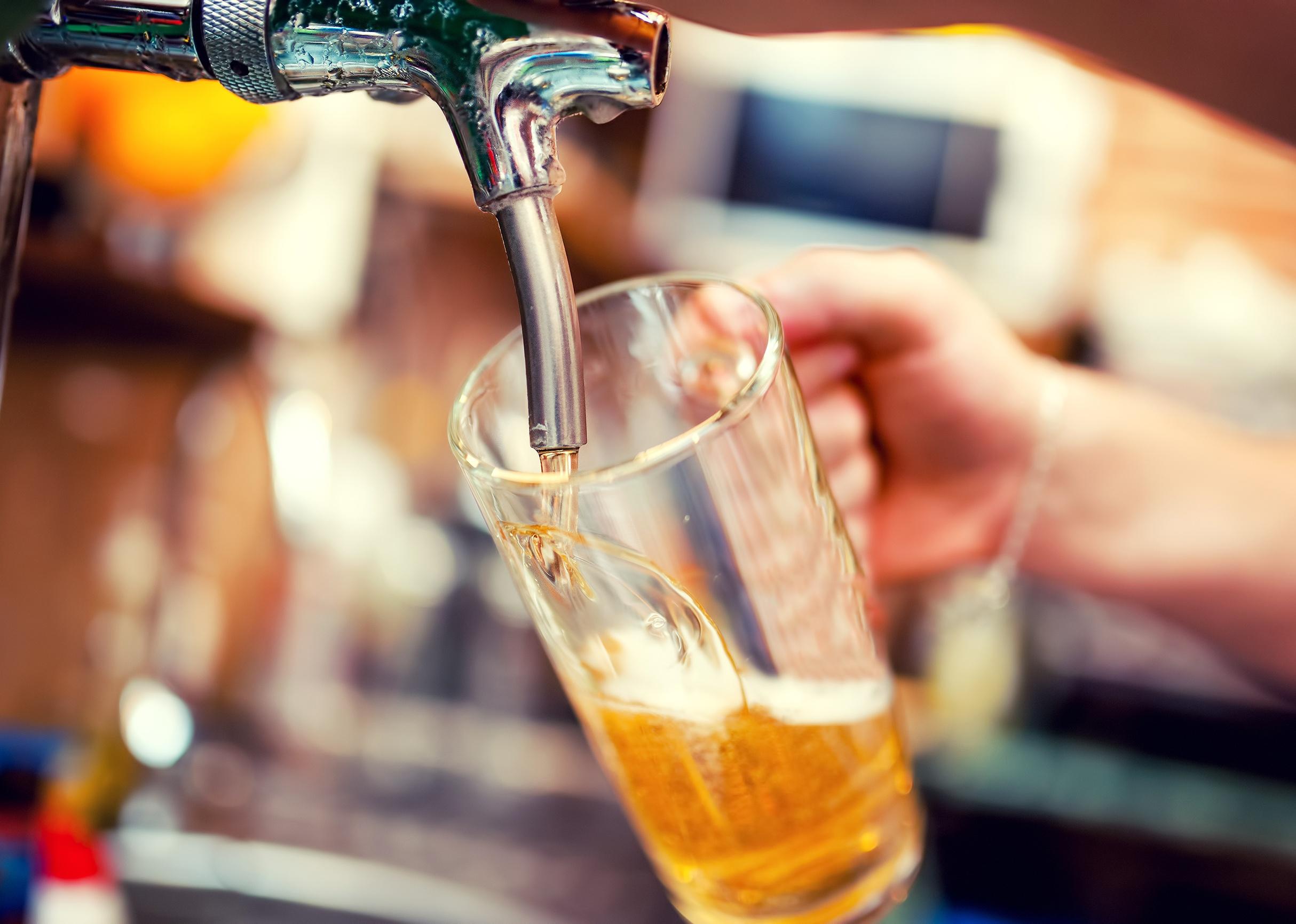 Though Milwaukee's Best Light is one of the lowest-ranked beers amongst the American public, it is favored by some judging panels, having won a silver medal at the 2006 Great American Beer Festival. In an effort to get the drink into the national spotlight, the beer was made sponsors of the 36th World Series of Poker and a national tour of the world's largest poker table. 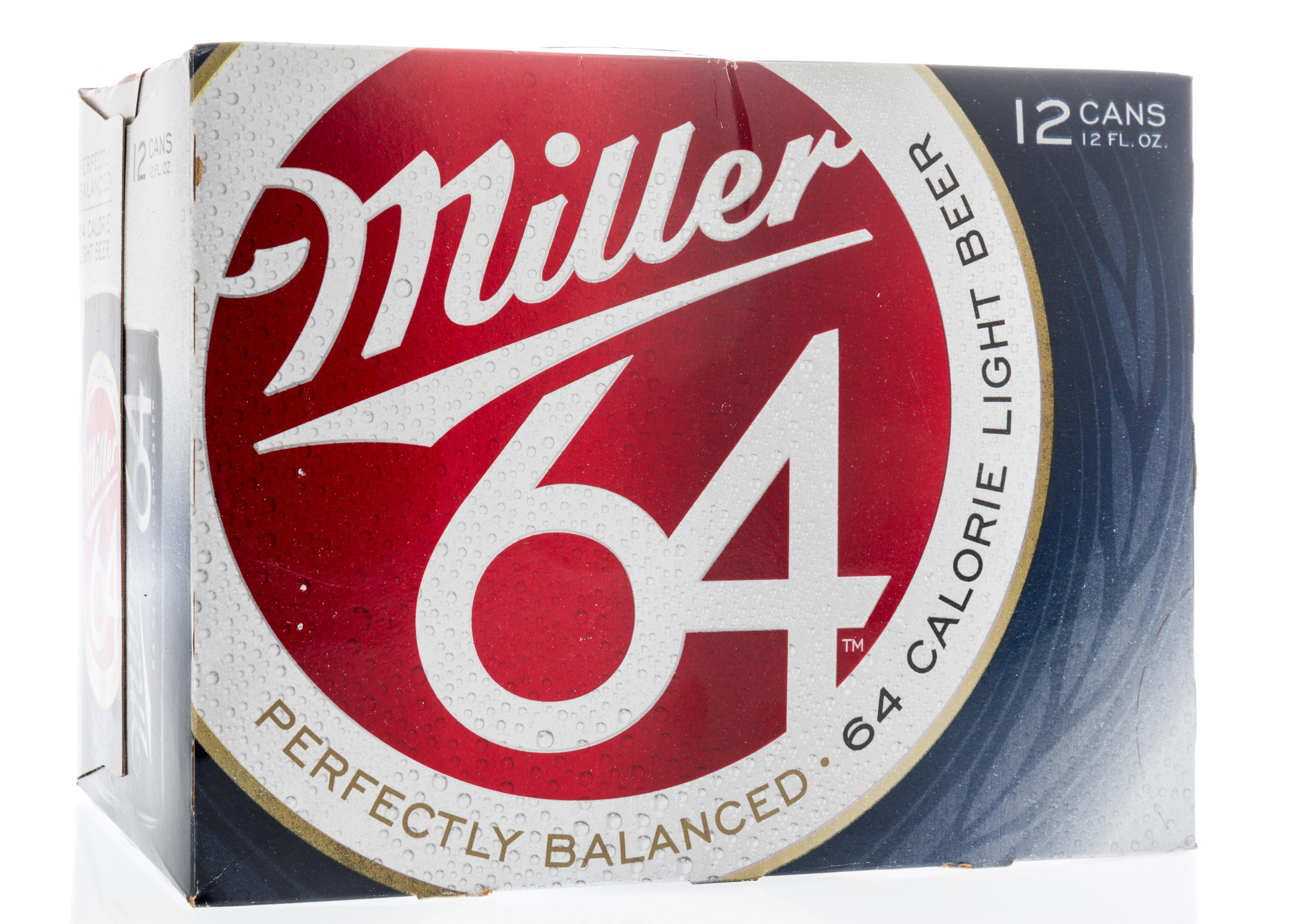 Miller 64 is marketed as an extra-light version of the 80-calorie Miller beer. Critics say it is so light that it is "barely beer," and even Miller Brewing describes it as just "beer-ish." 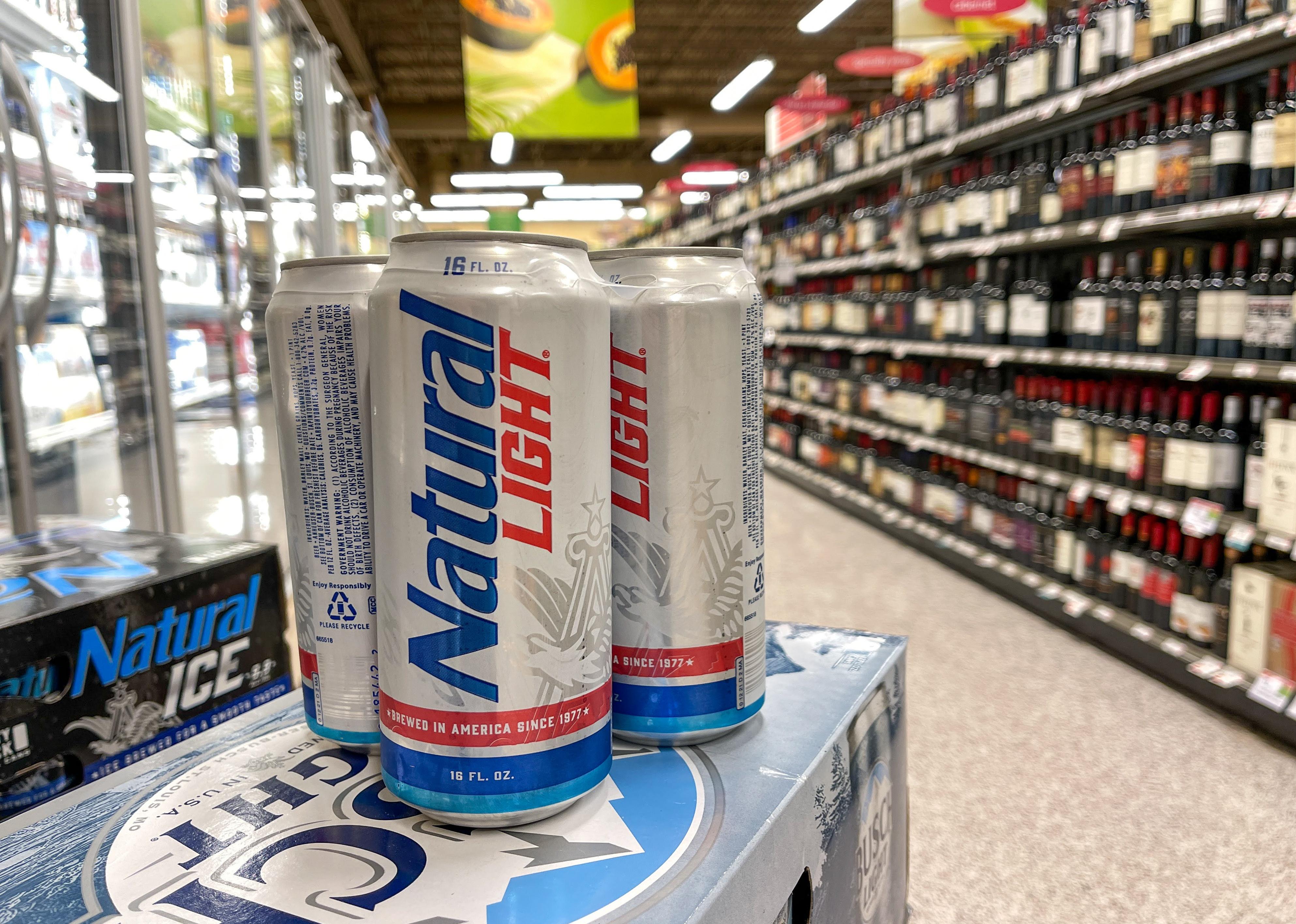 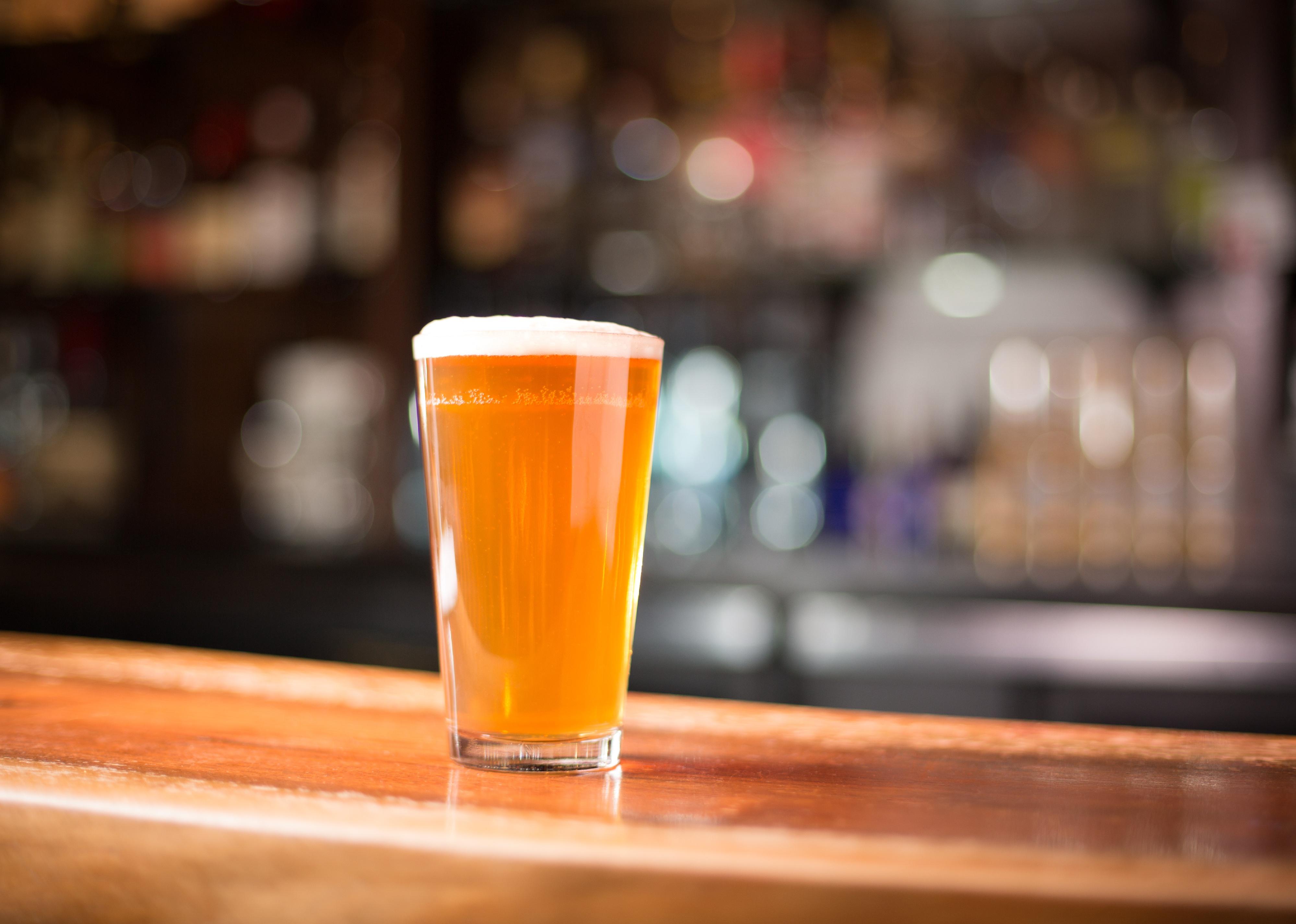 Though low-alcohol beers are generally lower in flavor than full-bodied ones, Sharp's is disliked for being even less flavorful than its other low-alcohol competitors. The beverage premiered in 1989, with Miller boasting its "patented Ever-Cool brewing process" to achieve a beer taste with a minimal ABV.

Budweiser Select 55 is a 55-calorie alternative to Budweiser's heavier Select original, and brewed with a caramel taste. Anheuser-Busch has been instrumental in popularizing lagers amongst American consumers for decades, after the beer style was first introduced to the U.S. thanks to German immigrants in the mid-19th century. One Beer Advocate reviewer summed this offering up thusly: "It's thin, flavorless, and odd smelling."

How the pandemic e-commerce surge spiked demand for truckers

5 ways to make all your Valentines feel loved

50 most physical jobs in America

Industries losing and gaining the most jobs