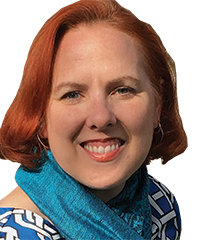 At last, we have arrived in October, and many of the bills which we passed in the General Assembly become law. Among the many laws that went into effect October 1 was a bill that came from this community, the culmination of two and half years of work, research, education, advocacy, debate and compromise: House Bill 132/Senate Bill 41, the Mental Health Access Initiative.

As most readers of the Voice are aware, in 2019, following a high-profile suicide, a group of students from Severna Park High School organized and established an advocacy group called Our Minds Matter to lobby for suicide prevention, destigmatization of mental illness, and greater access to mental health resources.

They asked for a meeting, and after we met and talked through some of the challenges they identified in the aftermath for the mental health and wellbeing of themselves and their classmates, we got to work on the Mental Health Access Initiative. Through our research, we identified a disparity in the health occupations licensure in how we address substance use disorder and mental illness for our adolescent populations.

Many of you have heard me speak at length on this bill, which provides an access point for mental health care for adolescents who, for whatever reason, do not wish to seek parental consent to speak to a licensed clinician. To address the opioid crisis, substance use disorder (SUD) has no consent age for services and treatment in statute, meaning a young person who suffers from SUD can receive treatment and services immediately without having to seek parental consent, so long as they are determined to be mature and capable of informed consent, a recognized standard in the health field.

However, mental health treatment requires parental consent until the age of 16 despite the reality that these can be co-occurring, and often, the same provider offers services because they fall under the behavioral health umbrella, creating confusion for providers and adolescents and greater stigma around mental health.

When we began to work on this issue, none of us could have foreseen that we would have an entire population who survived a pandemic, and two years of virtual and hybrid learning, but we were already dealing with a rising suicide rate. In fact, according to the governor’s commission on suicide prevention, in 2016, suicide was the leading cause of death for minors age 10 to 14.

The Mental Health Access Initiative lowers the age of consent for mental health services (excluding medication) from 16 to 12, so long as a licensed provider can determine the minor to be mature and capable of informed consent. It does not require a provider to offer services nor does it provide for reimbursement of services without parental consent but instead provides flexibility to providers to act in the best interest of the minor.

Every provider will tell you that family involvement is always preferred as it provides better outcomes, but there are circumstances in which consent may be detrimental to the minor but which do not rise to the level of crisis intervention when consent does not apply nor Child Protective Services intervention. Until this law passed and because it applies only to the licensure of providers under the health occupations statute, essentially any adult could speak to a minor about their mental health except one who is licensed and trained to help them.

I cannot even say how grateful I am to all the stakeholders, the advocates, my extraordinary colleagues and my Senate partner who helped usher this bill into law, but I am humbled by the bravery of five students from Severna Park High School who knocked on my door looking for answers.

Two and a half years later, those brave students who met with me before they could vote — who testified, who lobbied and fought, and organized, and have moved onto college and careers — will see their bill become law.

As my colleague Majority Leader Eric Luedtke very eloquently stated during the debate, “It is an act of bravery to ask for help.” This law will ensure that if and when an adolescent takes that brave step, someone who is licensed and trained will be there to help them.

This will likely remain one of my favorite bills, not only because it will save lives, not only because it came from students too young to vote, who saw a need and got to work to solve a problem in their community, but also because it proves the adage by Margaret Mead, “Never doubt that a small group of thoughtful, committed citizens can change the world; indeed, it’s the only thing that ever has.”

Your Voice Matters: The County Budget And Rezoning

The Timeline For Redistricting

Letter To The Editor