Reboot Relevant To Current State Of The World

Robert Pattinson is convincing as Batman, who seems to be barely holding it together from one crime scene to the next.
Photo courtesy of Jonathan Olley/DC Comics and Warner Bros. Entertainment Inc. 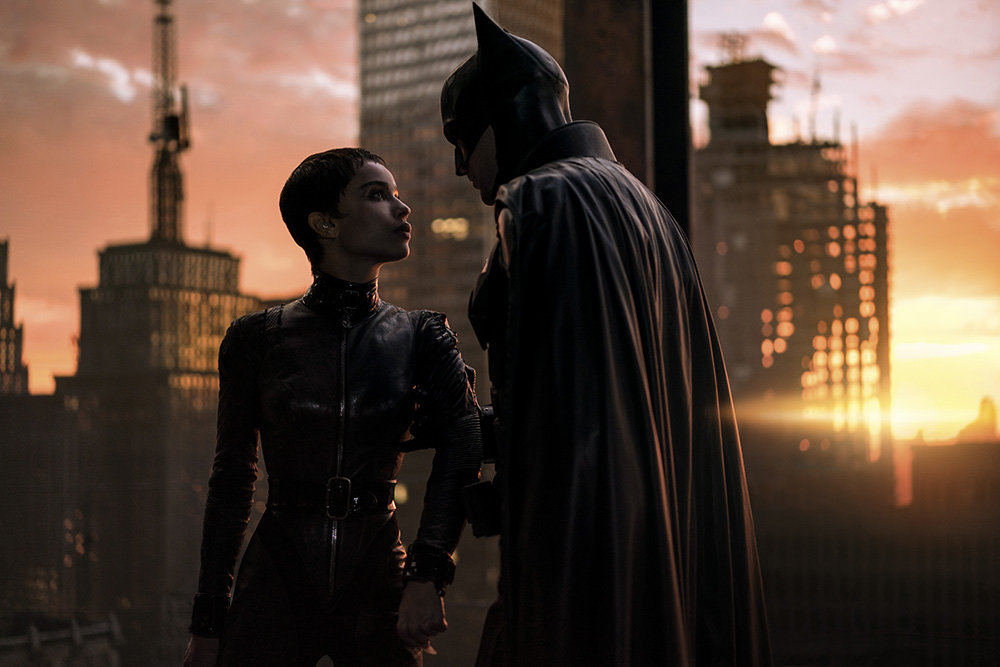 I can’t tell you how tired I am of the superhero flick — I am still baffled as to why the Marvel Cinematic Universe seems to be America’s most successful international export. An increasingly long list of filler films hit our screens every year, and I often feel I am behind on my “homework” when I drag myself to the latest one — will I understand the newest Avengers flick if I didn’t see some five-minute lore that was tacked to end of the “Ant Man and the Wasp” movie? Why do I care again?

In an age of seemingly pointless reboots of grown men in spandex fighting caricaturist evil, “The Batman” was the reboot we needed. Some reboots breathe new life into tired, old material — but “The Batman” is just as weary as the rest of us are in a time of systemic corruption, a rising cost of living and growing international conflict.

“The Batman” has a nearly three-hour runtime, but it is well worth it — it feels like two separate films. The first film, so to speak, is a Los Angeles noir style detective mystery. Batman spends less time fighting and more time trying to get to the bottom of a complex web of corruption and deceit. It’s a layer cake film in terms of the number of characters and motives the audience has to follow.

Robert Pattinson reads as a tired, emo Batman — and a true emo, far removed from the performative, substance-less, emo vampire that made Pattinson famous. Pattinson’s Batman seems to be barely holding it together from one crime scene to the next, dragging himself out wearily whenever the stupid bat signal is in the air again, forcing himself to bother to take a shower when Alfred makes him conduct a meeting as Bruce Wayne now and again, and he’s not at all attractive — he’s not even trying to be. Can’t we all relate to that a little?

“The Batman” doesn’t try to insult our intelligence with the typical reboot reveals. There’s no Hans Zimmerman horn or dramatic flair whenever we see a familiar face reintroduced. The filmmakers seem to be saying, “Come on, you know who the Riddler is. You know what the Penguin is about. Let’s just get on with the story already.”

In a time where income inequality is worse in the United States than it was during the Gilded Age, not as many people want to root for the billionaire playboy. The tone around figures such as Jeff Bezos or Elon Musk has shifted from capitalist reverence to cynical mockery. “The Batman” tackles this problem head on in the second half of the film. Bruce is forced to question his own privilege, his moral imperative, and his place in the complicated matrix that is Gotham’s political infrastructure. In many ways, Batman is fighting the same corrupt institutions the Riddler is beefing with, but Bruce is also intrinsically woven into the fabric of what made Gotham a dark place to begin with. He is only one step away from a full-blown identity crisis at any given time. Aren’t we all?

Familiar characters are beautifully reimagined, and they provide a rich background against which Bruce’s motivations and actions can be contrasted. There’s the morally ambiguous, headstrong Catwoman, played by a compelling and stunning Zoë Kravitz. Andy Serkis was a surprising choice for Alfred, but he made the character his own. Colin Farrell is unrecognizable but persuasive as the Penguin, and Paul Dano’s performance is worthy of the hall of fame of “perturbingly unhinged but frighteningly sympathetic” Batman villains (no Jared Leto, you’re not invited). Everyone’s acting is very, very good - and hopefully Pattinson, like Kristen Stewart, can finally shake off the specter of “Twilight.” They have both more than earned the right to be called serious actors.

“The Batman” may not be the fun superhero film we deserve, but it’s a film we need right now, in these times. This iteration of the Bat seems to be telling us, “Yes, life is a frustrating and seemingly endless slog at times, and your best efforts can feel like a drop in an unmoving ocean — but there’s always hope, and you have to do the right thing when you can.”

“My Policeman” Gives Voice To People Who Are Famously Reserved