Student-Athlete Of The Month: Mason Keegan 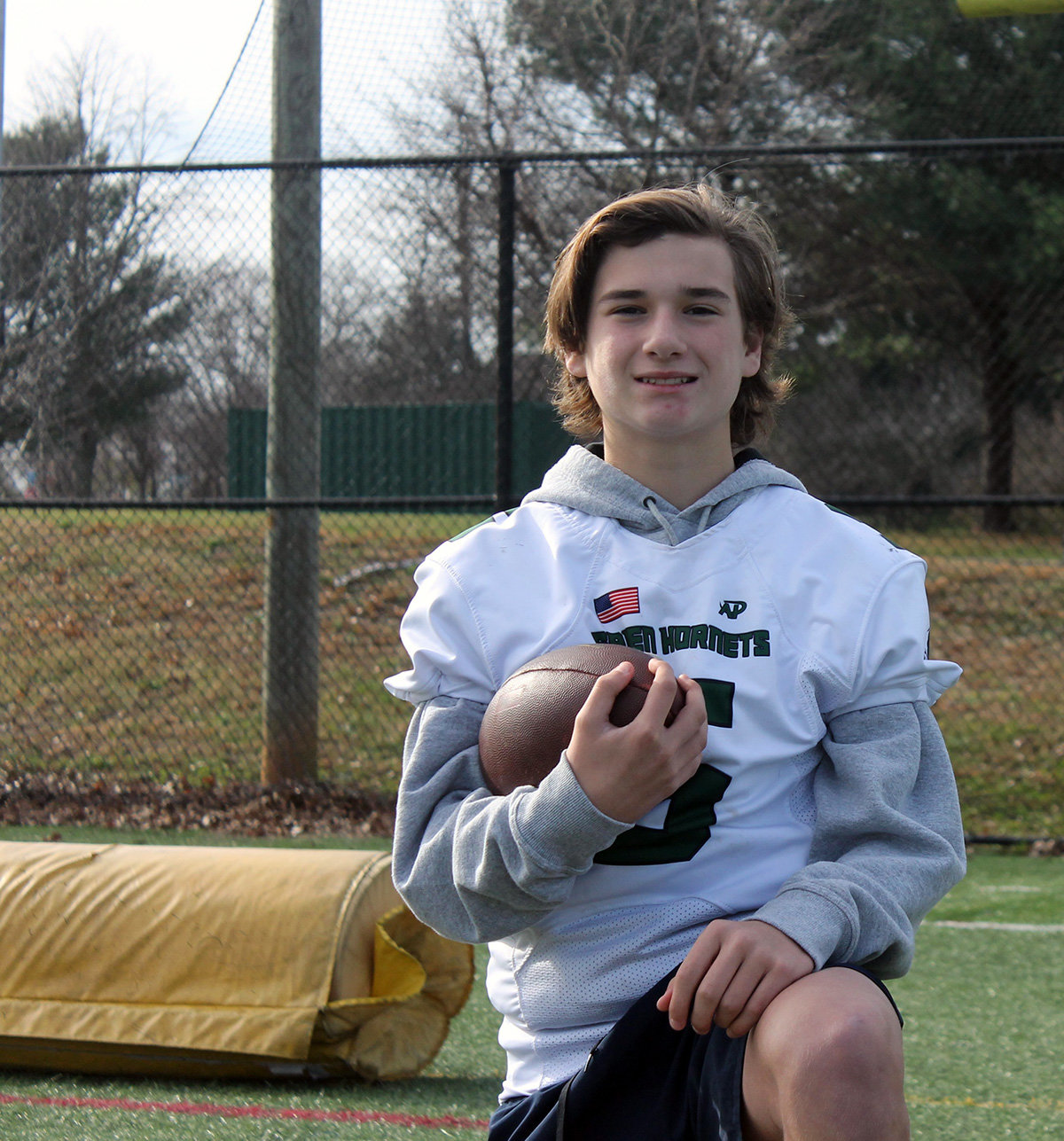 A running back and linebacker for the 14U Green Hornets, Mason Keegan earned this year’s Buzz Platt Player Award for his excellence in play, character and sportsmanship.
Posted Tuesday, December 8, 2020 12:54 pm
By Zach Sparks l zach@severnaparkvoice.com

Whether they were on offense or defense, it was tough for players on opposing teams to stop No. 5, Mason Keegan, this season. The 14U Green Hornets football standout played running back on most of his team’s offensive snaps and outside linebacker on most defensive plays.

“I like running back because it gives me the opportunity to make plays and help my team the most,” said Keegan, who idolizes Baltimore Ravens running back Mark Ingram, Carolina Panthers running back Christian McCaffrey, Hall of Fame linebacker Ray Lewis and rookie Ravens linebacker Patrick Queen. “I like them because they are hard hitters and playmakers.”

Keegan has been a playmaker for his teams since he first joined Green Hornets at 70 pounds, but its his leadership that sets him apart. This year, he was honored with the Buzz Platt Player Award, which is named after the founder of the Anne Arundel Youth Football Association, in recognition of his excellence in play, character and sportsmanship.

“He’s a tremendous leader who routinely puts his teammates before himself,” said 14U head coach Scott MacRobbie. “He has seemingly played every position, on both sides of the ball, to help the team fill a need on any given day.”

Keegan’s encouragement to teammates doesn’t often come in the form of yelling or fiery speeches, but as MacRobbie said, “when he did speak, the others listened.”

The 14U team went 7-2 this year before losing to the Pasadena Bucs, 14-8, in the championship game.

An eighth-grader, Keegan is excited to play his next season for Severna Park High School, but he will miss playing with his friends on Green Hornets and being coached by his dad, who served as a coach for four of the last five years.

“I just want to have fun playing the game, make the varsity team and hopefully win a championship,” said Keegan, who also enjoys playing lacrosse.

Keegan’s accomplishments aren’t limited to the field. He made the honor roll during the first semester of the 2020-2021 school year, and his favorite subject is math.

He can’t wait to get back to playing sports soon.

“I like being out in the open field and making plays,” he said.