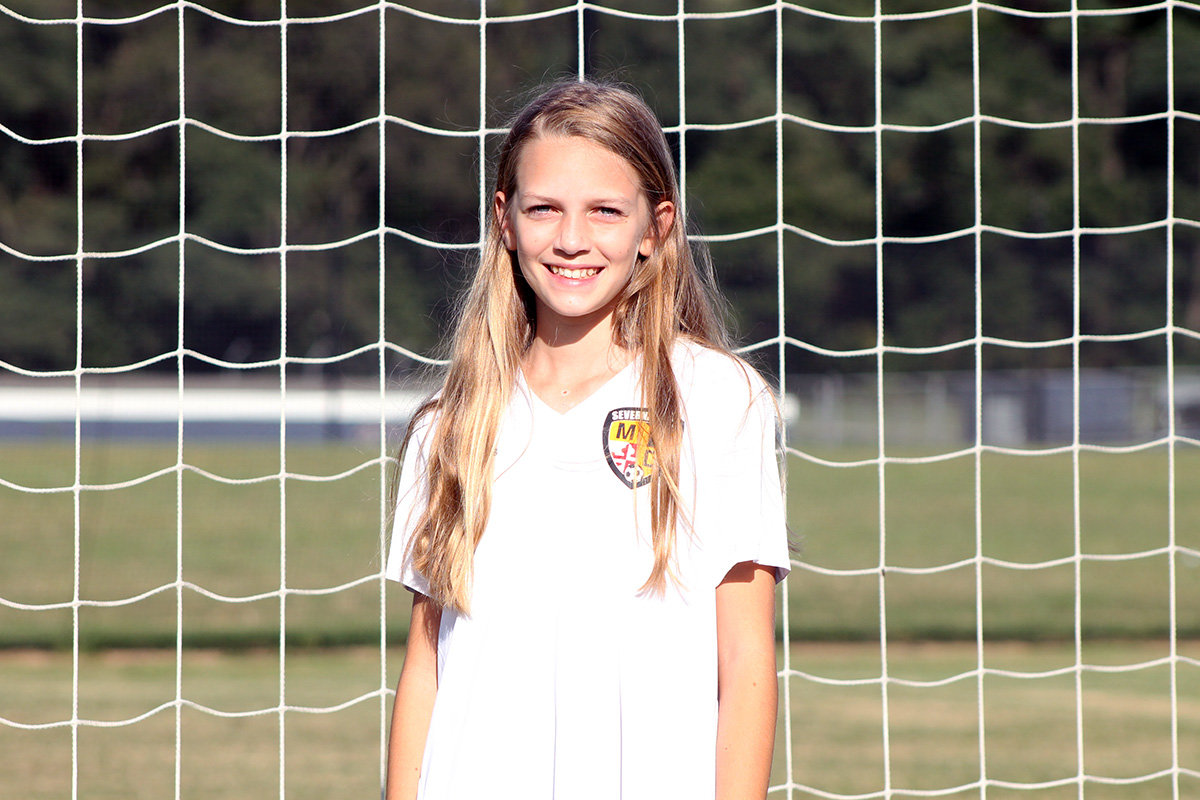 With four of her five brothers having played soccer, 11-year-old Jordan Dill has grown up with the sport and developed a natural leadership style.
Posted Tuesday, October 6, 2020 3:34 pm
By Zach Sparks l zach@severnaparkvoice.com

In soccer, there is an expression that hustle and heart set a team apart from the competition. Jordan Dill has brought both of those characteristics to the Severna Park Storm.

“Jordan joined the Storm in the fall of 2019 and displays the characteristics of a natural leader,” said Storm head coach Chris Rom. “She’s vocal on the field, but also leads by example with her work ethic at practices. The players and coaches all respect her ability and love her attitude and commitment to the team.”

With four of her five brothers having played soccer, Jordan, an 11-year-old Alaska native, has grown up with the sport and developed a natural leadership style.

“I communicate to my teammates a lot, so I tell them if there is someone behind them or something,” said Jordan, who plays center midfielder and striker. “I like to help them. Like Coach said, communicating is a really key point, and I’m really positive.”

Jordan is enjoying the opportunity to play select soccer.

“For club you move around a lot, so you’re only with them for a year and then you switch teams,” she said. “For select, you stay with the same team, so you bond more with them.”

To better herself as a player, Jordan constantly works on passing and shooting. She said the Storm emphasize game situations when practicing. Practice, she insisted, is the key to making anyone a better player.

“You want to practice. Don’t give up if you feel like, ‘Oh, I’m really bad at shooting,’” Jordan said. “Just keep on practicing, because you will eventually get better. And listen to what your coach says. Don’t poke the ball with your foot. Use your laces.”

Jordan also enjoys playing basketball with her friends, and she pointed to the fast-paced nature of the game as her favorite attribute. Soccer, though, offers a different challenge. Because of futsal, the sport can be played year-round regardless of the weather.