Student-Athlete Of The Month: Grace Frankl 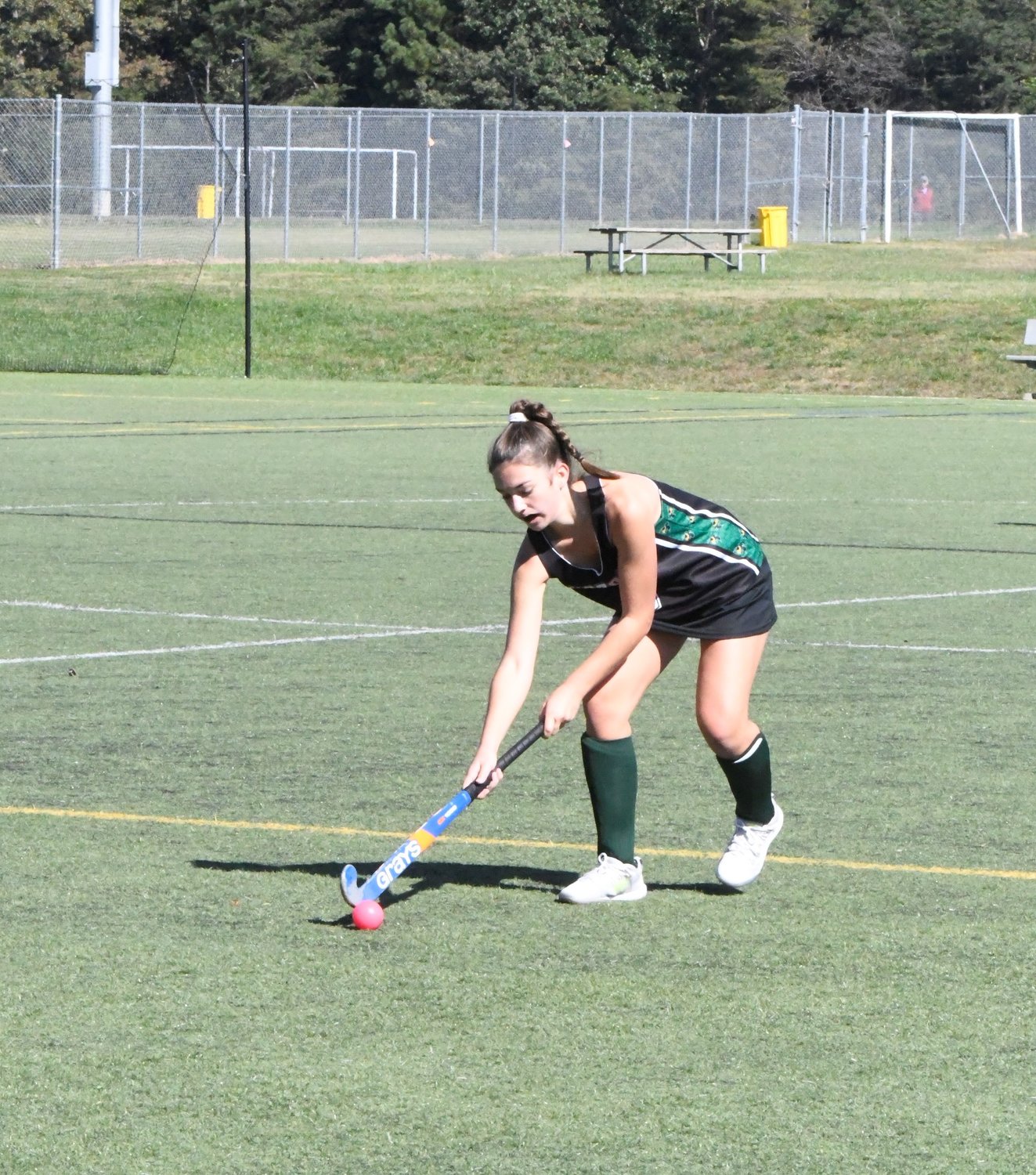 Throughout an unusual field hockey season, members of the Green Hornets Junior A team relied upon one of their quietest teammates. Grace Frankl excelled with her play as a defender on the field and her leadership off the field.

“She’s a quiet force on the back line of the field,” said head coach Sherrie Day. “As a defender, she sees the entire field and is a strong leader in that position.”

Grace was surprised she was chosen for the honor of Student-Athlete of the Month. “I’m usually quieter on the field,” she stated. “My leadership style is to always have my teammates’ backs. Whenever we’re on the field, I try to play as part of the team, not as an individual. We win or lose together.”

According to Grace, her style of leadership is not to hype up the rest of the team but rather to raise the level of her own play and to lead by example. Day agreed, stating that Grace’s positivity and encouragement of her teammates, on and off the field, would take her far.

Although she looked forward to playing this season, Grace found it to be much more difficult due to the COVID-19 restrictions placed on the team. “It was harder because we couldn’t see each other and we had to stay physically spread out,” Grace continued. “So there wasn’t a lot of interacting with other teammates, which made it more difficult to become closer as teammates.”

While Grace continues to develop and improve her field hockey game, she says that Day has taught her some great lessons to rely on. One such lesson she took to heart is to “never give up when you’re out on the field. Put everything you have out there and give as much as you can.” Beyond that, Grace also knew that to get better, she “would have to practice a lot more on her own, outside of team practices.” Day emphasized to Grace and the rest of her team that they “always need to practice more outside of practices … and that we always need to be trying to get better.”

All but two members of the Junior A team will go to high school next year, including Grace, who plans to continue playing field hockey for Severn School. Day wanted to emphasize to her team the importance of growing and getting better this season over wins and losses, and Grace understood that.

“Coach Day taught us that we always need to work outside of practice to become the best,” Grace explained. That’s the lesson Grace will carry with her as she continues on her field hockey journey.