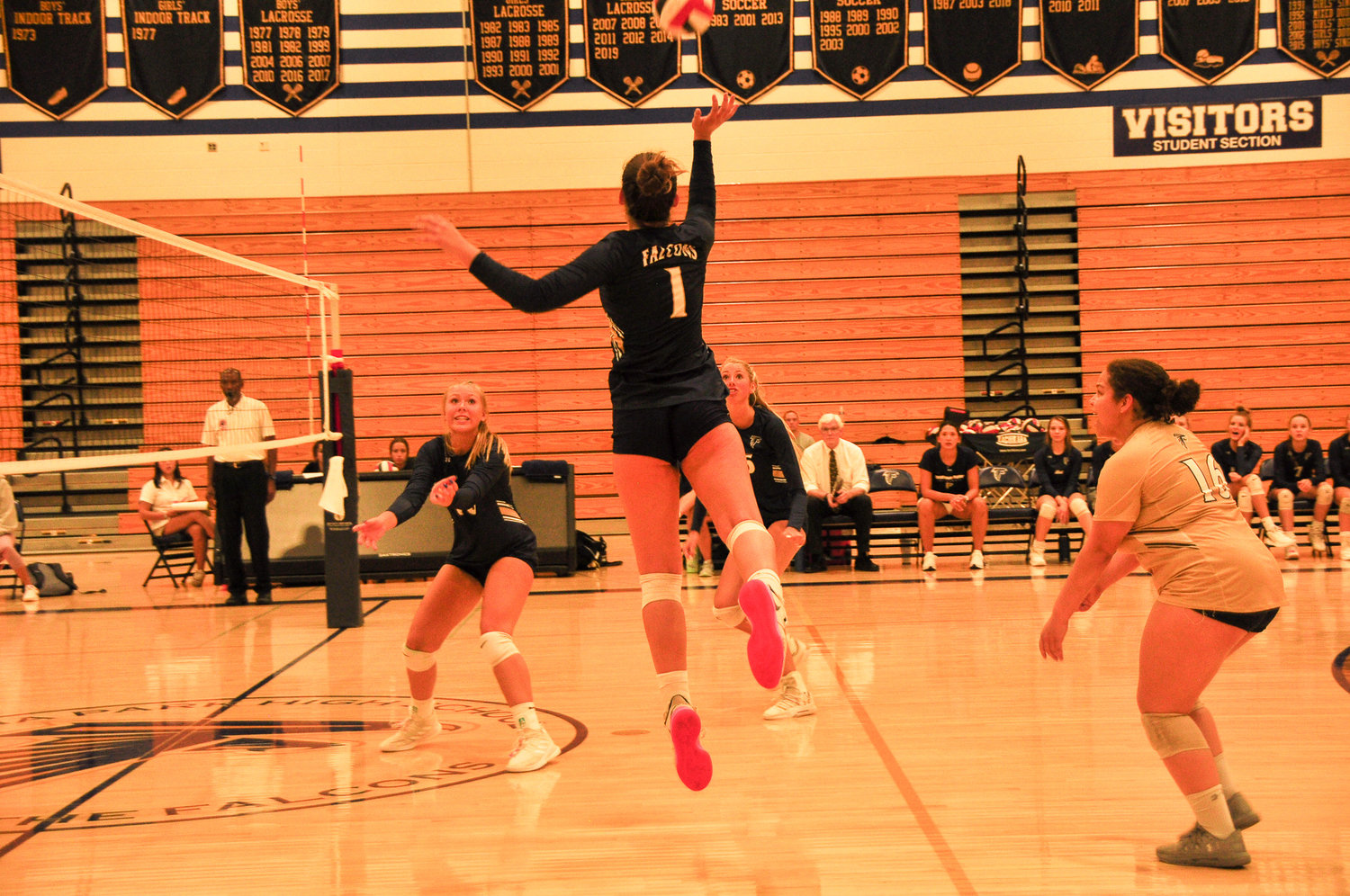 Perry Stevenson tapped the ball over the net to catch the defense off guard.
Photos by Conor Doherty 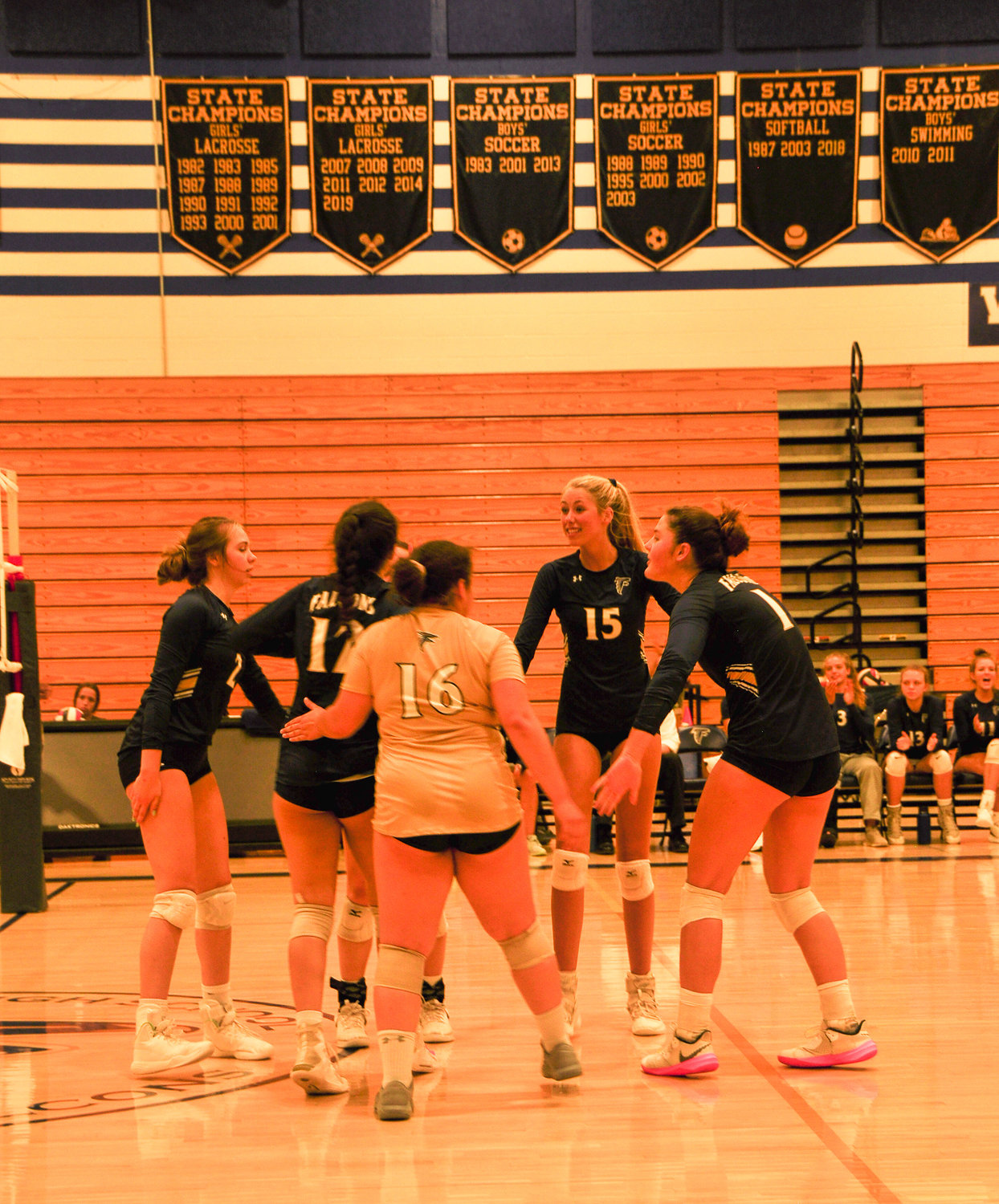 With wins over McDonogh, North County, Southern, and Maryvale Preparatory School, Severna Park’s volleyball team got off to a fast start.

The winning streak began with the season opener. After falling behind 12-5, Falcons head coach Tim Dunbar called timeout to try and get his team regrouped. Despite the timeout, the McDonogh Eagles would go on to win the first set 25-18.

However, the game quickly turned as the Falcons held the Eagles to 13, 15 and 11 points in the final three sets.

“I just don’t think that we came out really ready to play like we can,” Dunbar said. “We just weren’t focused, and they were a bit more pumped up than we were. I told them that even when McDonogh had a big lead, if we fight back, all that momentum is going to change, and we’ll be ready for the second set. We were kind of hesitant in the first set and we weren’t hesitant after that.”

The Falcons comeback was led by three of their top players as Ava Meadows had seven aces, Mikayla Williams had 11 kills, and Taylor Stone had 39 of the team’s 41 assists. Meadows is an important player for the Falcons, a four-year starter who never came out of this game.

“I just want to play with my team — being a leader and making everyone feel confident and playing as a team,” Meadows said.