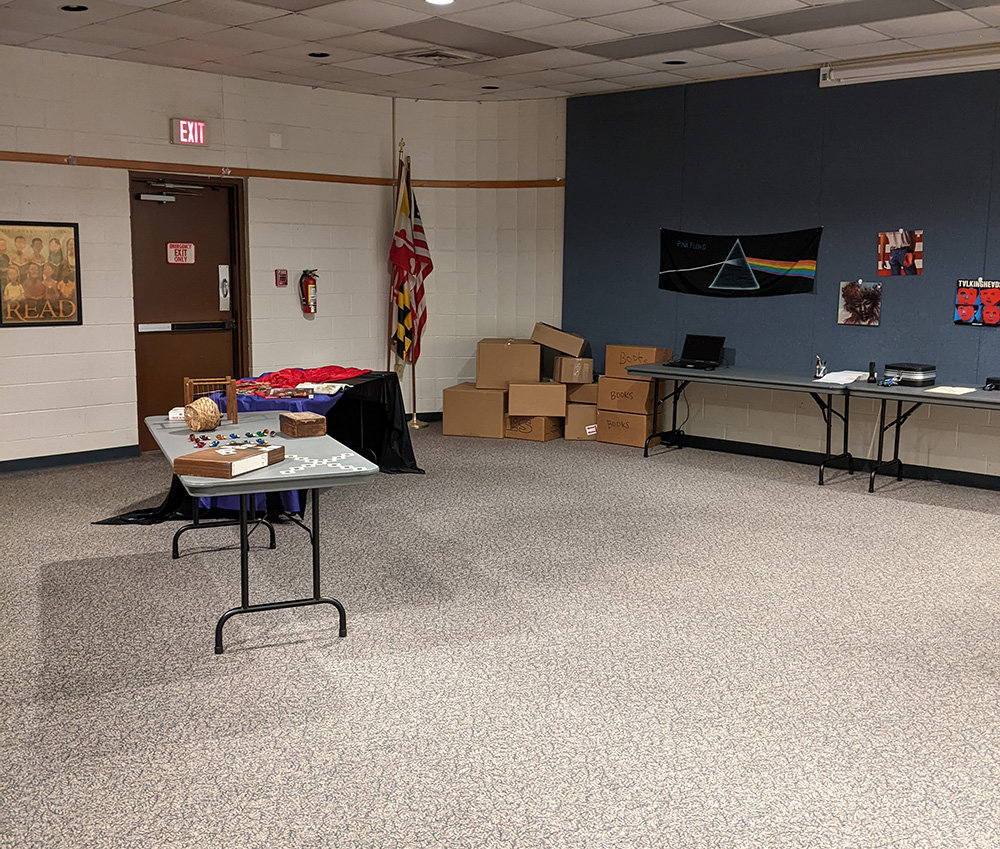 Participants will use the library’s clues to look for their missing friend, Will Byers.
Photo Provided 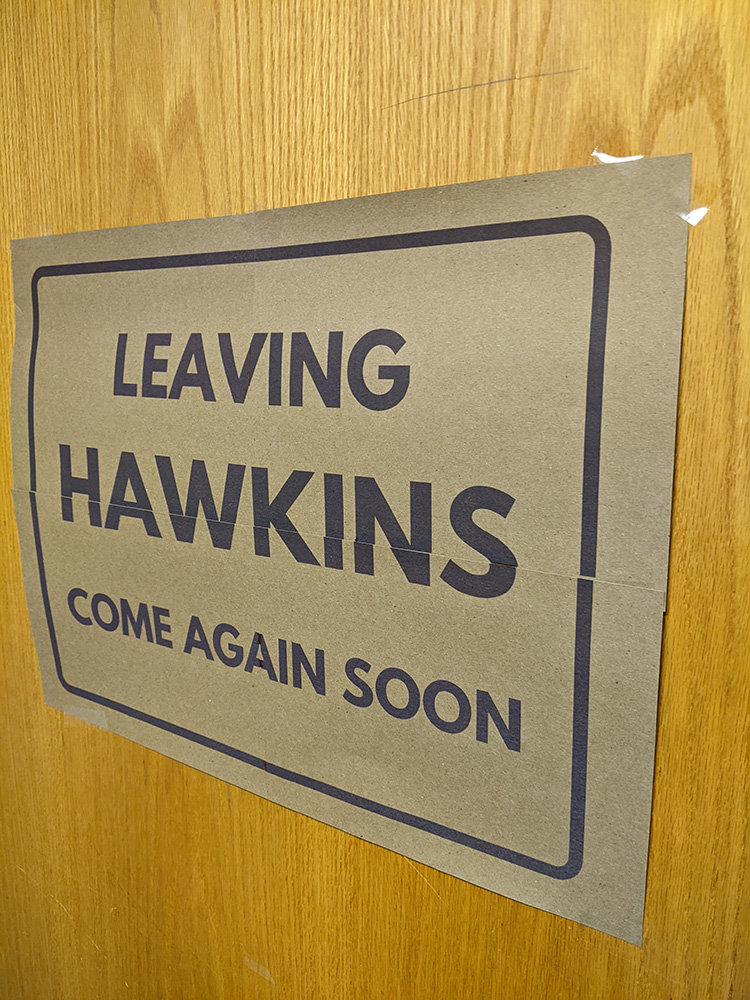 Participants will use the library’s clues to look for their missing friend, Will Byers.
Photo Provided
Previous Next
Posted Tuesday, September 13, 2022 1:01 pm
By Lauren Burke Meyer

The “Stranger Things” phenomenon has struck again. A member of the Hawkins Middle School audiovisual club has gone missing. Thankfully, the AV club has clues that could lead them to their missing friend, Will Byers.

As a public library, the Severna Park branch has a few more budgetary restrictions than a Netflix show. Despite that, the staff members working on the program are putting together an immersive experience for fans of the show.

“There’s a part of the escape room puzzle that uses a computer, and sadly, we couldn’t get it to run on an early ‘80s IBM PC, so we had to go modern for that,” said Severna Park librarian Colin Chappell. “Everything else is, we hope, truer to the feel of the show. Many of the design elements are things staff had lying around at home or in their own basements.”

The Upside Down — an alternate dimension existing parallel to the human world on “Stranger Things” — also features prominently in the escape room experience. But even if you have no idea what the Upside Down is, don’t worry.

“Being familiar with escape rooms and how they work is probably more helpful than being a fan of the show,” Chappell explained. “Regardless, we promise we'll let everyone go home in the end, even if they don’t crack the case.”

This is not the first escape room event at the library. In years past, staff hosted rooms themed around mad scientists, time travel to the 1980s, the book “The Wild Robot” – and that is just the Severna Park branch.

“In fact, we even held a successful ‘Stranger Things’ escape room program at the Severna Park Library back in early May,” said Severna Park Library branch manager Samantha Zline. “Other branches have hosted ‘Harry Potter’ and ‘Star Trek’ themed rooms. They have all been very popular, and I think that is since escape rooms can be very expensive, and the library removes that cost barrier to allow friends and families to just come and enjoy the challenge of solving the puzzles together.”

“This allows customers who may feel uncomfortable attending bigger in-person events to come in and have some fun in the library with only their friends or household,” Chappell said.

Escape rooms aren’t the only events the Severna Park Library holds. A surprise hit has been the “Dungeons & Dragons” game nights, which launched over the summer and will continue into the fall. Numerous “Stranger Things” fans joined since the game is featured so heavily in the show. The next program is Tuesday, September 20.

Chappell hosts the Classics Old & New Book Group at Park Tavern across the street from the library. The next book is Louise Erdrich’s “The Round House,” and the meeting will be held on Thursday, September 22.

To learn more about the fun programs and events offered by Anne Arundel County Public Library (AACPL) locations, check out the events page at www.aacpl.net.