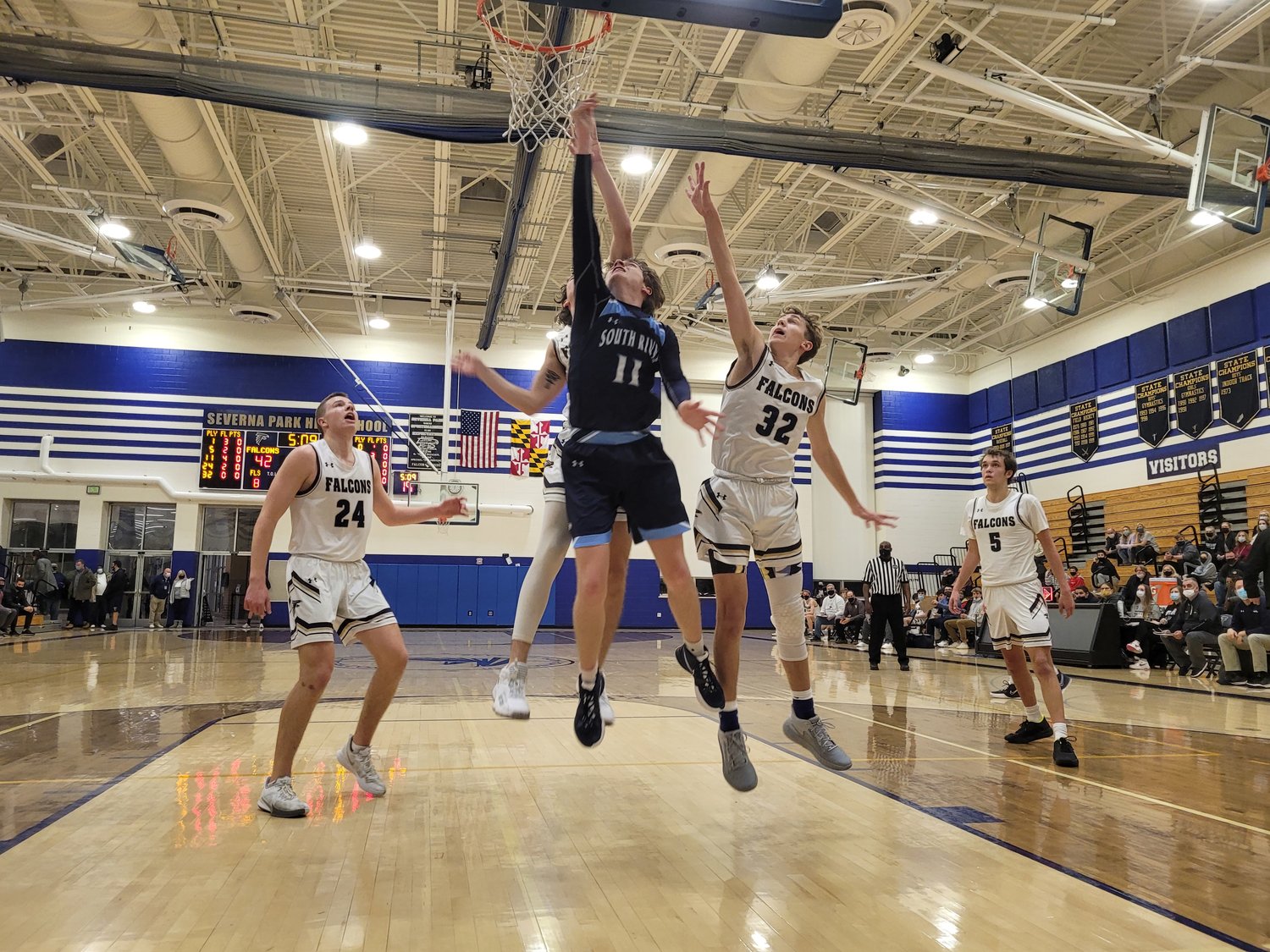 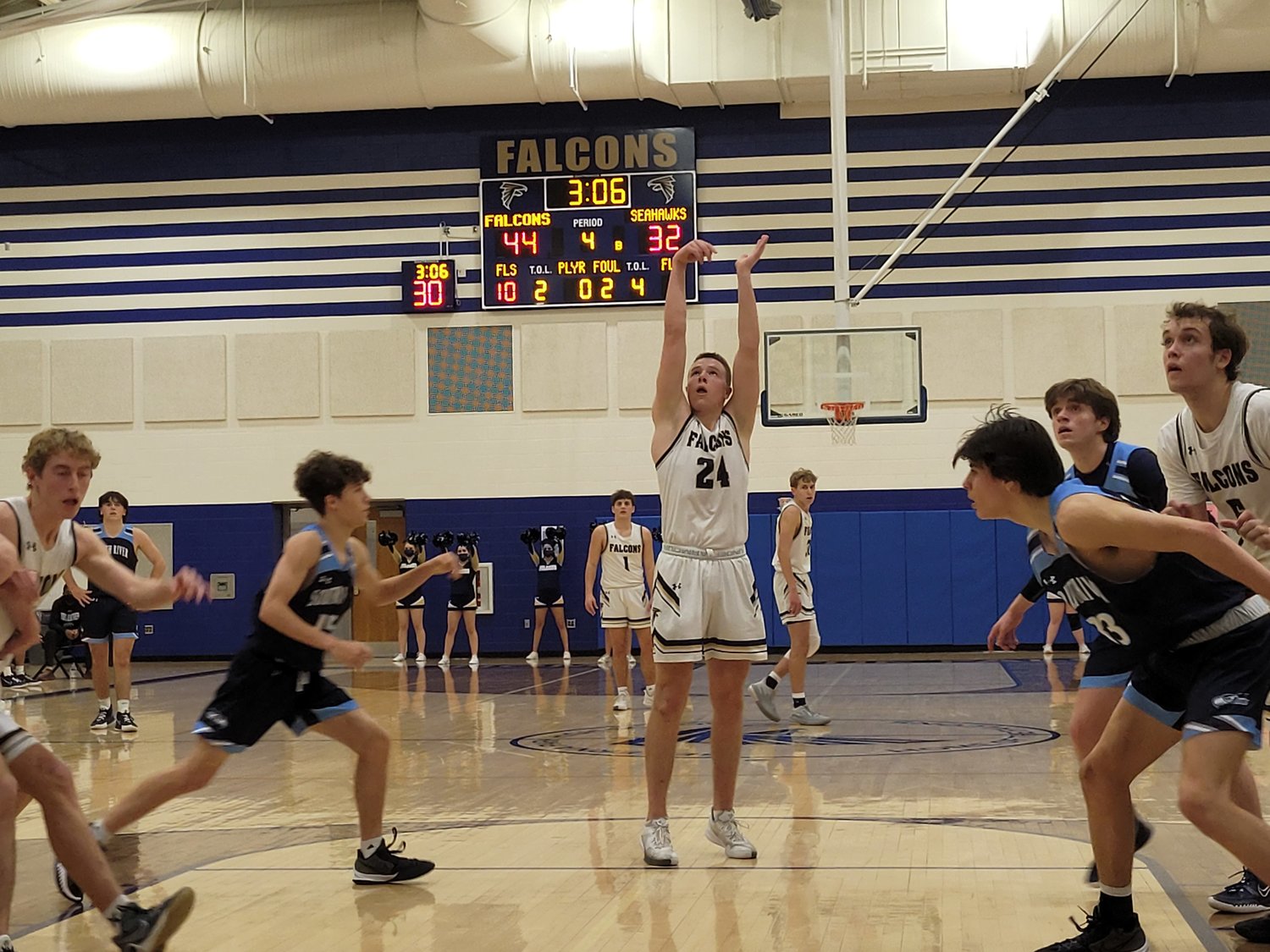 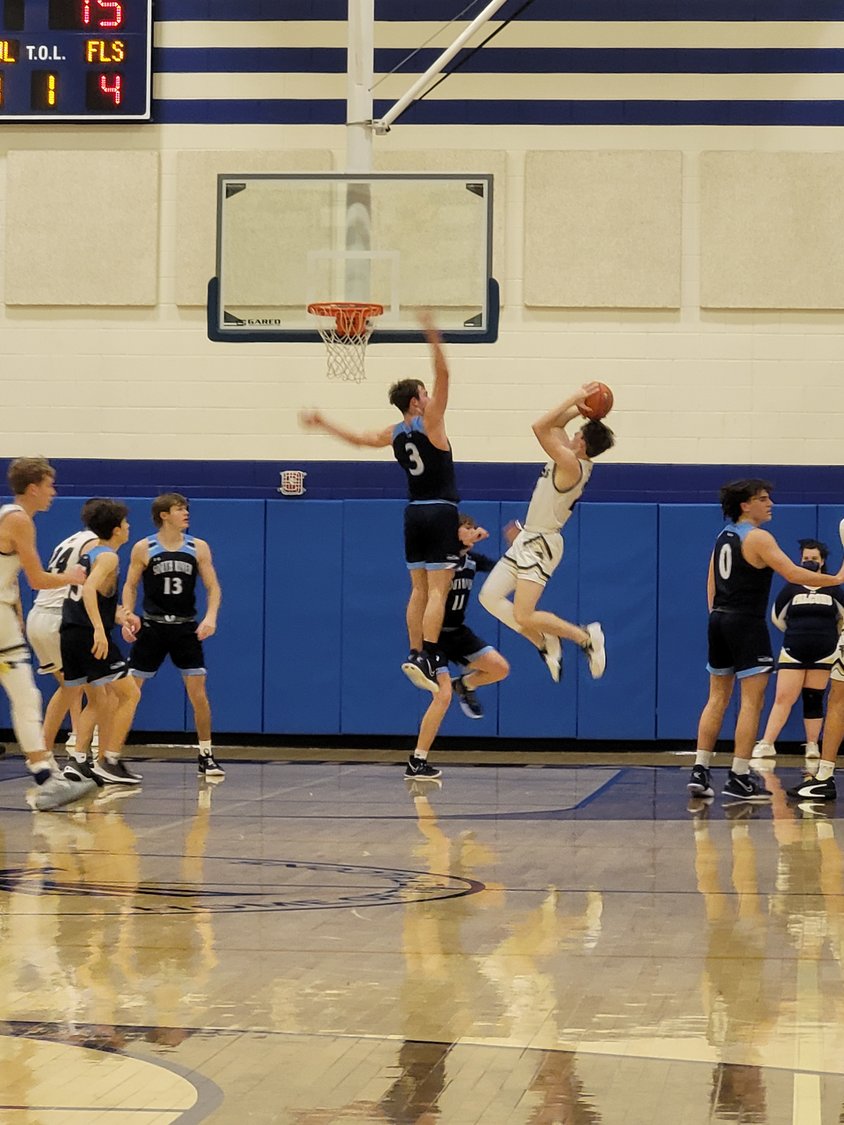 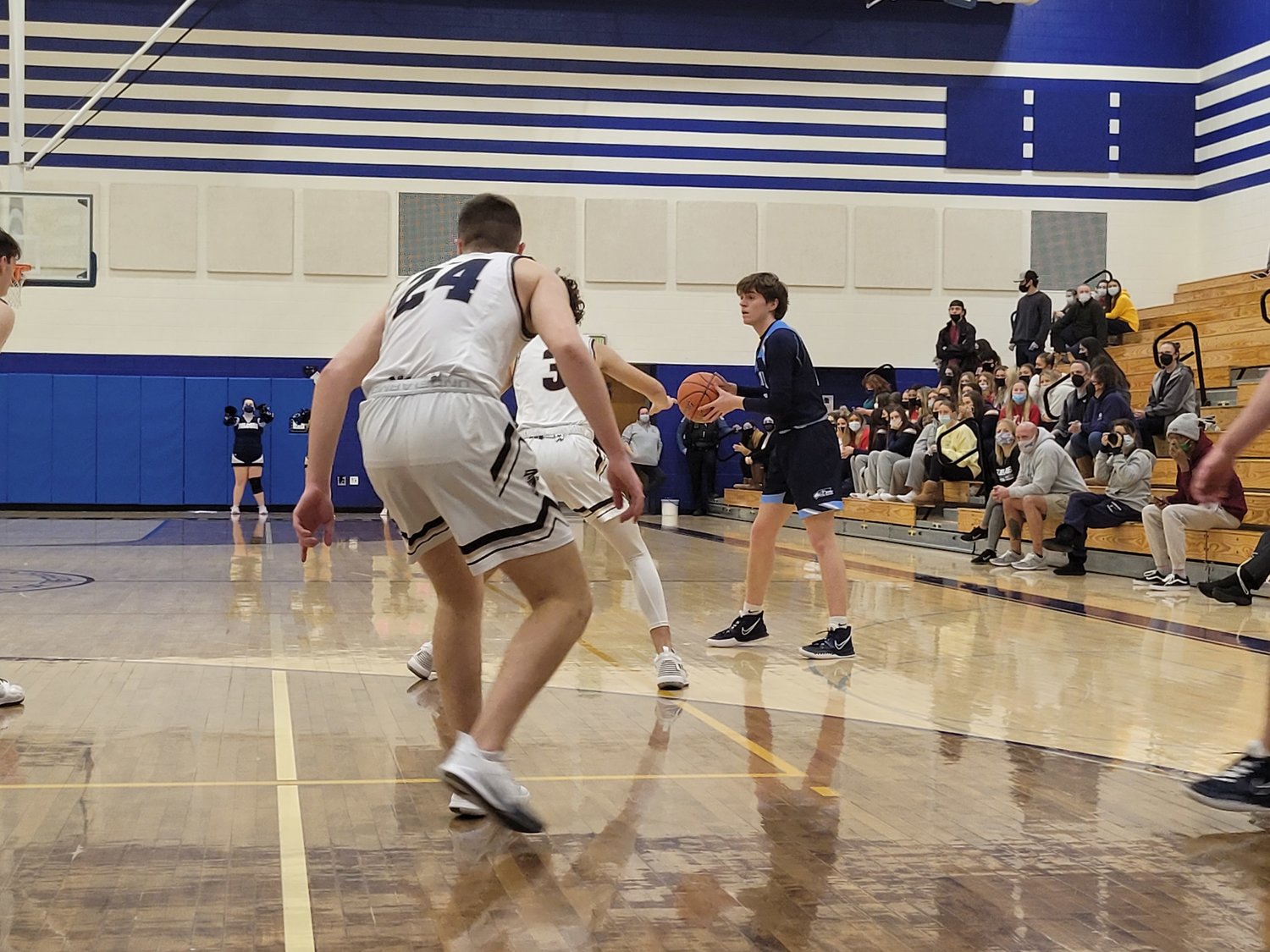 Photos by Aaron Katz
Previous Next
Posted Thursday, January 13, 2022 9:48 am
By Aaron Katz and Zach Sparks

Less than 24 hours after a 69-68 road loss to Meade, the Severna Park boys basketball team faced a tough task: beat South River, a team that had not lost to a county opponent all season.

While both teams showed tremendous drive throughout the game, the Falcons edged out a home win over South River, 53-44.

The intensity from both teams led to 19 fouls in the aggressive but respectful game.

Severna Park and South River ended the first period only a point apart. Coaches Paul Pellicani (Falcons) and Darren Hall (Seahawks) were vocal to their players throughout the game: making swaps, debating fouls, and most frequently, offering advice to their players.

However, during the second and third period, the Falcons outscored the Seahawks, gaining a 10-point average lead while also accruing 10 fouls to the team. Anthony Bocchetta led the Falcons on offense, generating 20 points.

“Anthony came up large,” Pellicani said. “He played within himself.”

Pellicani called South River a well-coached team with some key pieces. But going in, he knew where to focus his game plan.

“We know they are a very potent offense,” he said. “We pride ourselves on what we do on the defensive end. We were highly aware of what they wanted to do.”

After watching game tape the following day, Pellcani noted that South River hit only two of their 31 shot attempts from 3-point range.

Coming into the fourth period with a slight deficit, the Seahawks exploded. In the same way that the Falcons developed their lead through aggression (and fouls) the Seahawks followed suit — fighting for picks, forcing turnovers and outs to slow the clock. Cash Herndon of the Seahawks displayed incredible skill by racking up 15 points, drawing fouls, and playing through pain during the final period.

Their efforts, however skillful, were not enough to make up the deficit before the buzzer rang and the game ended 53-44 in favor of the Falcons.

Severna Park is nearing the midway point in their season with upcoming games at Broadneck on January 14, home to Annapolis on January 18, and home to Crofton on January 21. Pellicani believes they can build on lessons learned during their big win over the Seahawks.

“I think we grew up a little last night,” Pellicani said, noting that the team stepped up when Bryce Stevenson got injured. “I think we found that we have more depth than we thought. We have some length, some shooters, and our depth is one of our strengths.”