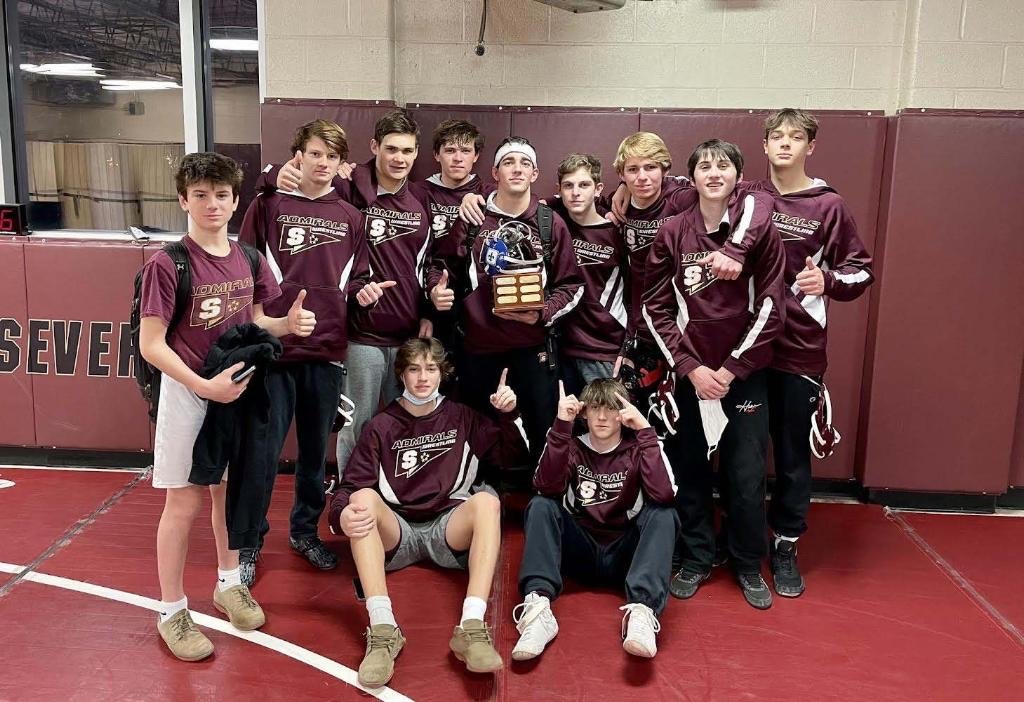 The success of Severn wrestling this year was due to a group effort and not just one dominant wrestler.
Photo Provided
Posted Thursday, March 17, 2022 4:36 pm
By Conor Doherty

Along with the team’s overall success, many individual wrestlers had great seasons.

Looking back on the season, head coach Tom Wheeler couldn’t have been prouder of how his team did.

“It was a big deal to win the dual meet title and the conference tournament for us,” he stated. “Those are both team accomplishments and we wouldn’t have seen that type of success without contributions from everyone on the team. While there were a lot of individual accolades and a lot of attention is given to such accolades in wrestling, you can’t win a team title with a couple of good individuals; it is a group effort.”

Wheeler said that this season had more uncertainty surrounding it than even the 2020-2021 season as they dealt with cancellations and postponements brought on by COVID. His coaching staff was a big part of why the season was so great for Severn School.

“Assistant coach Shane Fraser did a great job of motivating everyone in the wrestling room and his dedication was a big reason that we were able to finish the season strong,” Wheeler said. “It was a testament to our guys and coaches to be able to maintain focus and put in the work without knowing what the next week might bring.”

After such a difficult but ultimately successful season, Severn School is preparing for next year.

“This is a young team, so we have a good foundation to build on and a lot of untapped potential, along with a talented incoming freshman class,” Wheeler said. “We should get off to a good start next season. Putting in some work in the offseason is going to be key to taking another step.”