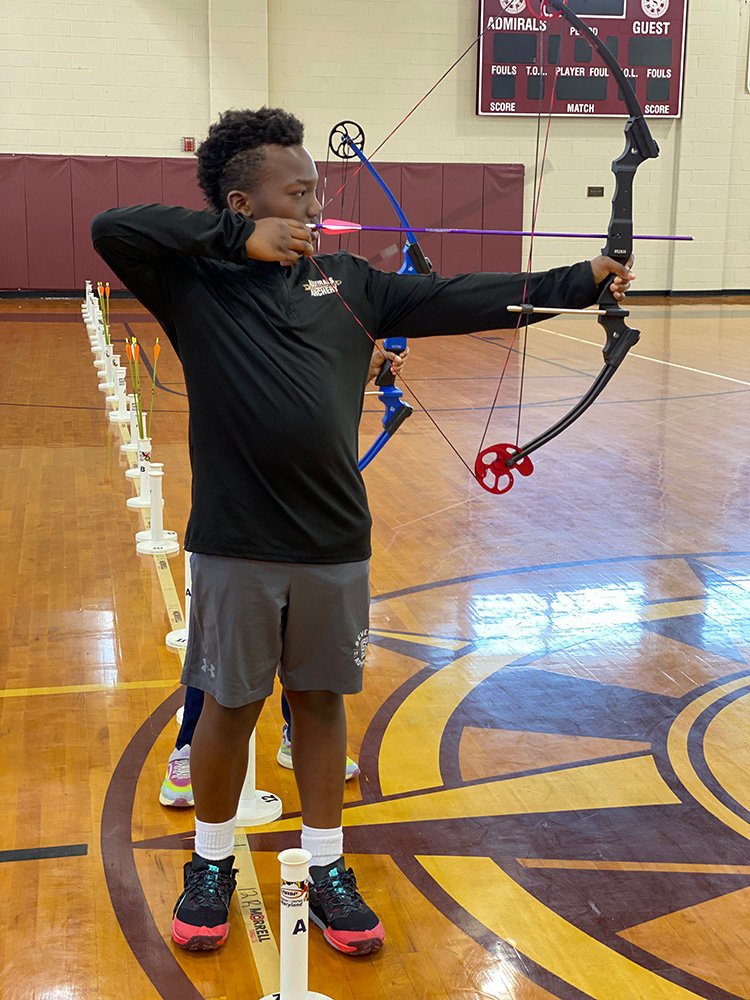 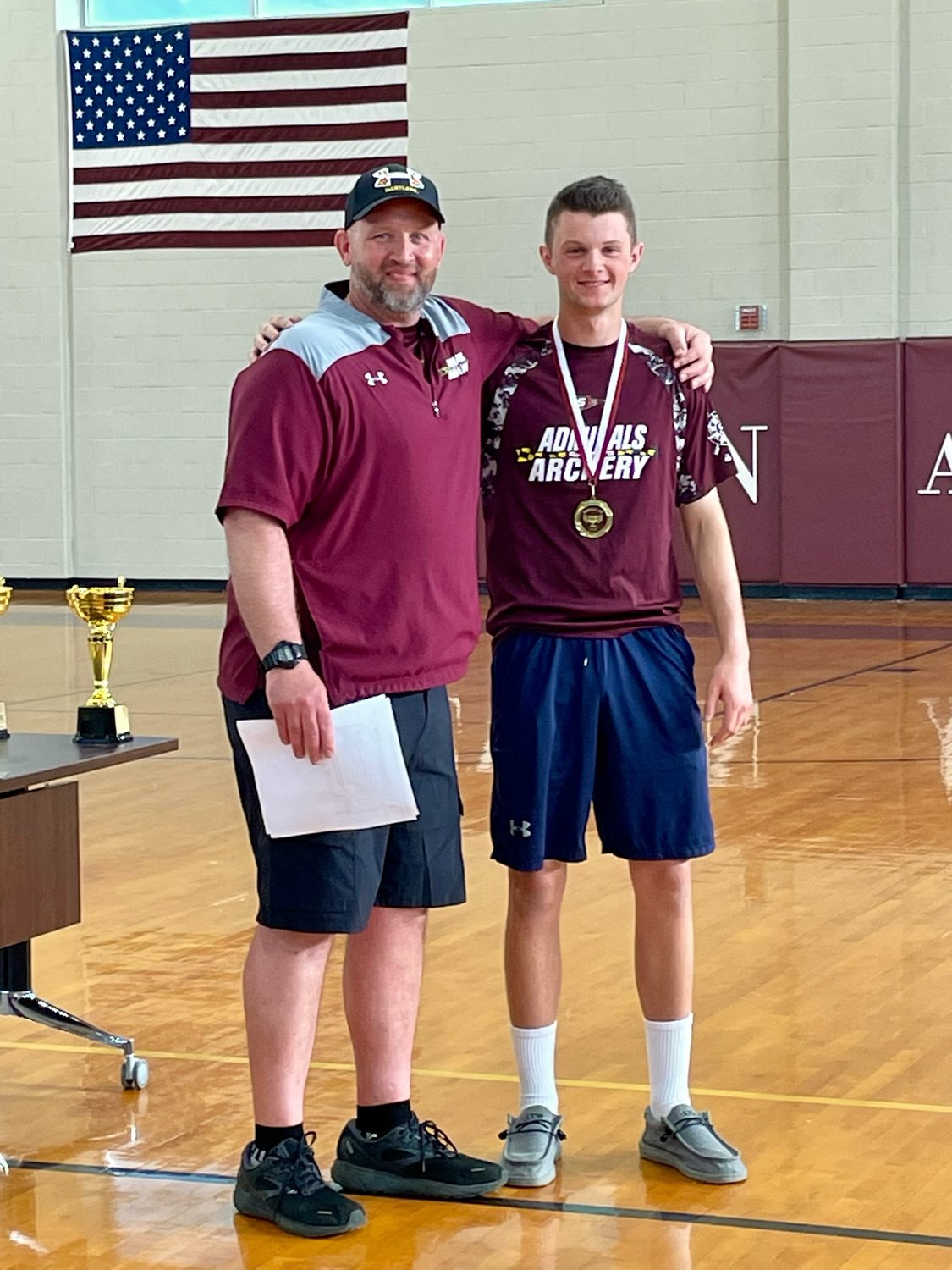 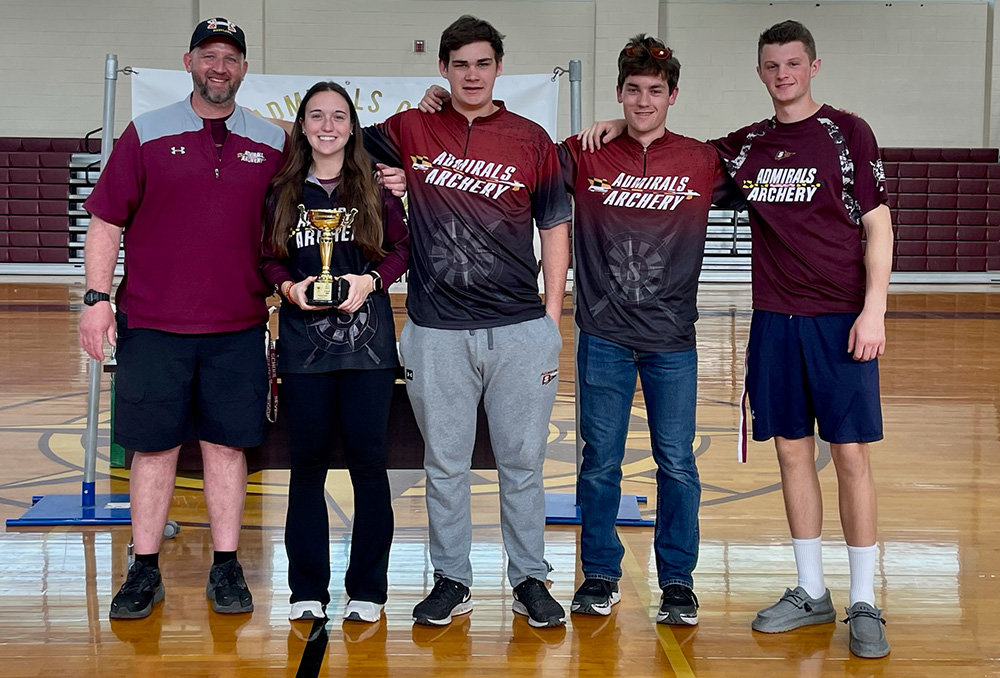 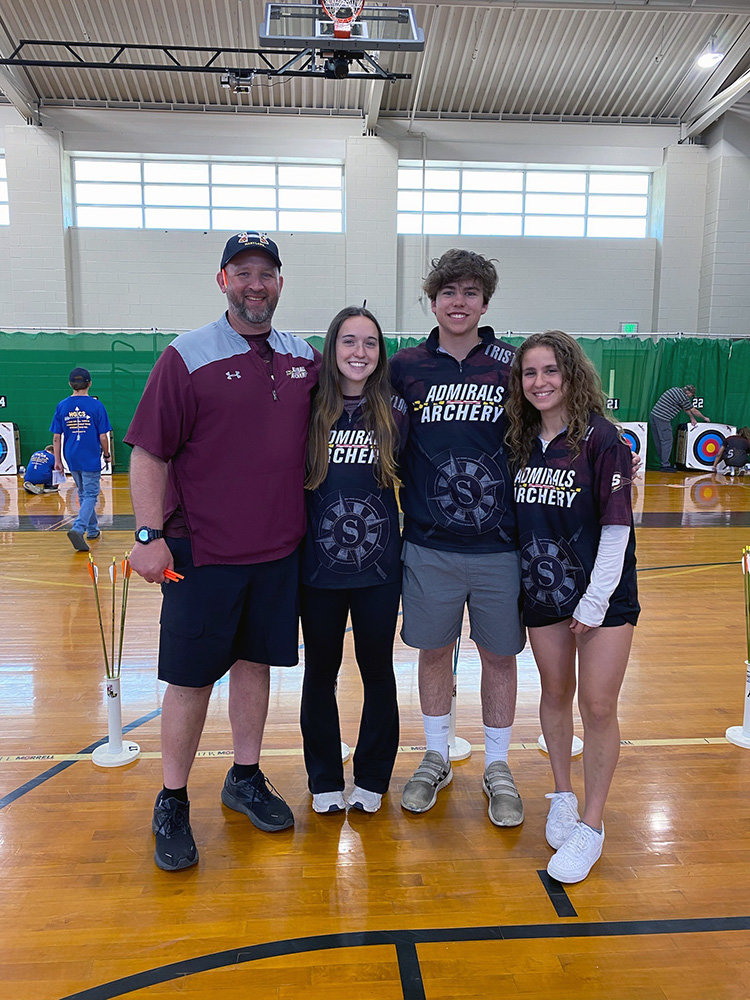 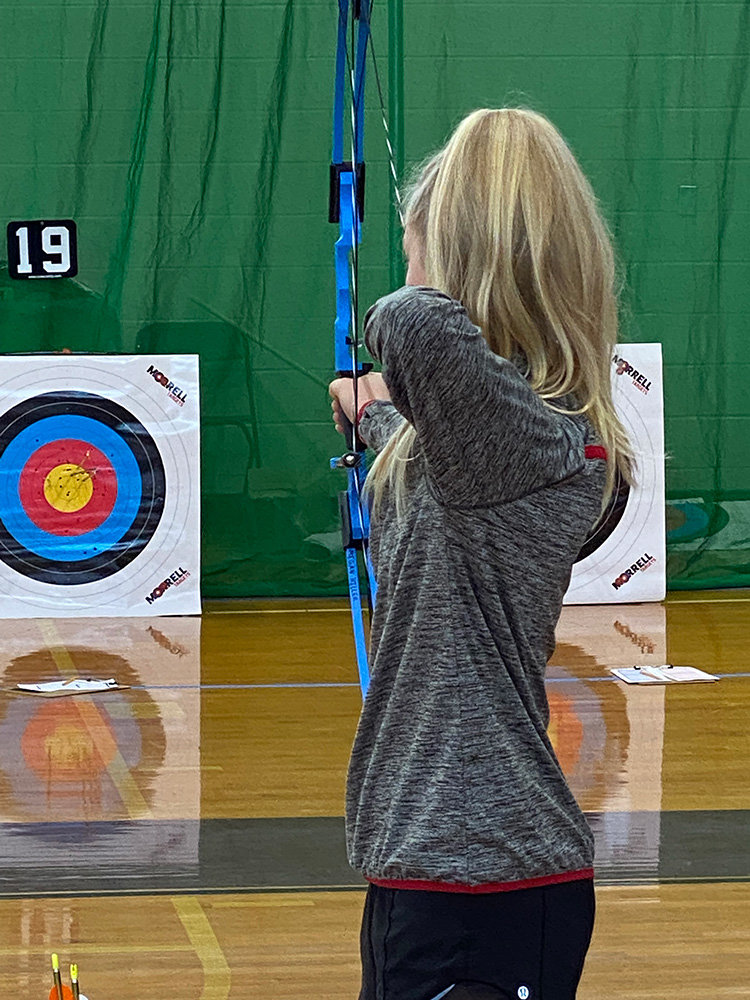 The Severn School archery team will have a new target to aim at as members head to the NASP (National Archery in the Schools Program) IBO (International Bowhunting Organization) Eastern National Tournament in Louisville, Kentucky, from May 12-14.

Led by head coach Dan Mahoney, the team qualified to shoot at nationals, along with the team’s top shooter, junior Trey Dring, who missed out on winning the top spot at the state bullseye tournament by just two points.

The team participated in eight tournaments this year, along with hosting one, the Admiral’s Cup, held in April. The turnout for the cup was great, as both teams and individuals from 17 other schools participated, including one that traveled from Staten Island, New York.

Overall, the Severn School team has done well, and many students have seen improvements just by being able to spend more time with coach Mahoney and their teammates.

“I have improved my scores this season because we were able to resume practices in school due to COVID restrictions being laid back,” senior Taylor Boteler said. “Having more practice time with coach Mahoney helped me improve and become a better archer.”

Even with nationals approaching, Mahoney is ready to prepare his students for even greater improvement next year.

“We need to continue to practice the process of executing the shot and not the outcome of the shot,” Mahoney said. “By focusing on the process instead of the score, my archers will see more success. We also need to focus more time practicing on the 3D range and 15 meters on the bullseye range. I often tell my archers that the difference between a good and great archer is between those two distances of 10 and 15 meters. Next year, I foresee being able to regularly field a team to go and compete in local, state and national archery tournaments moving forward.”