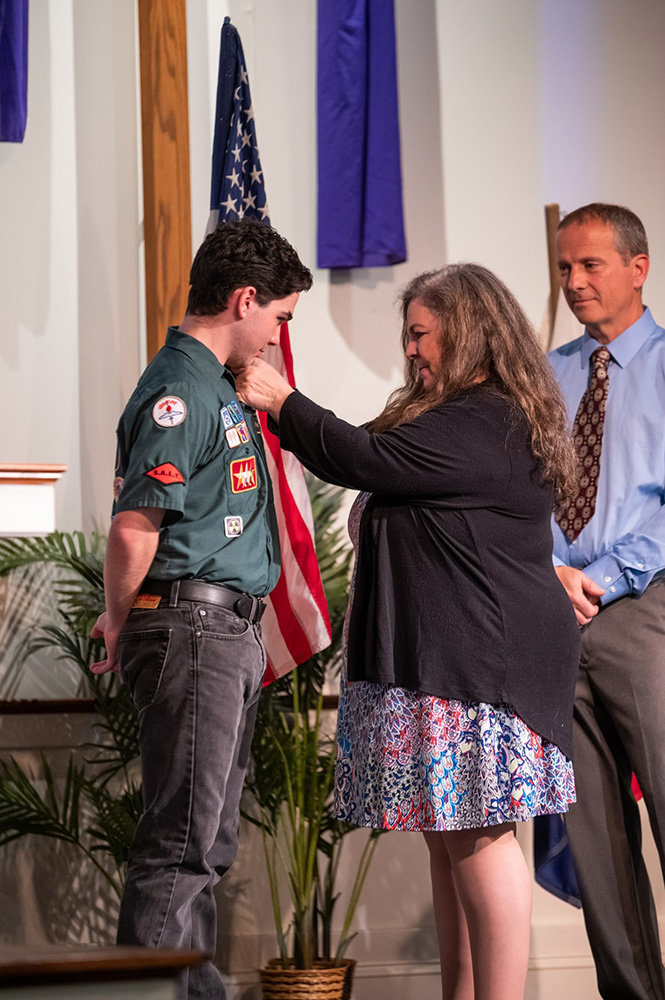 Seth Ratajczak’s mom attached the Herald of Christ pin to her son during a ceremony on April 7. 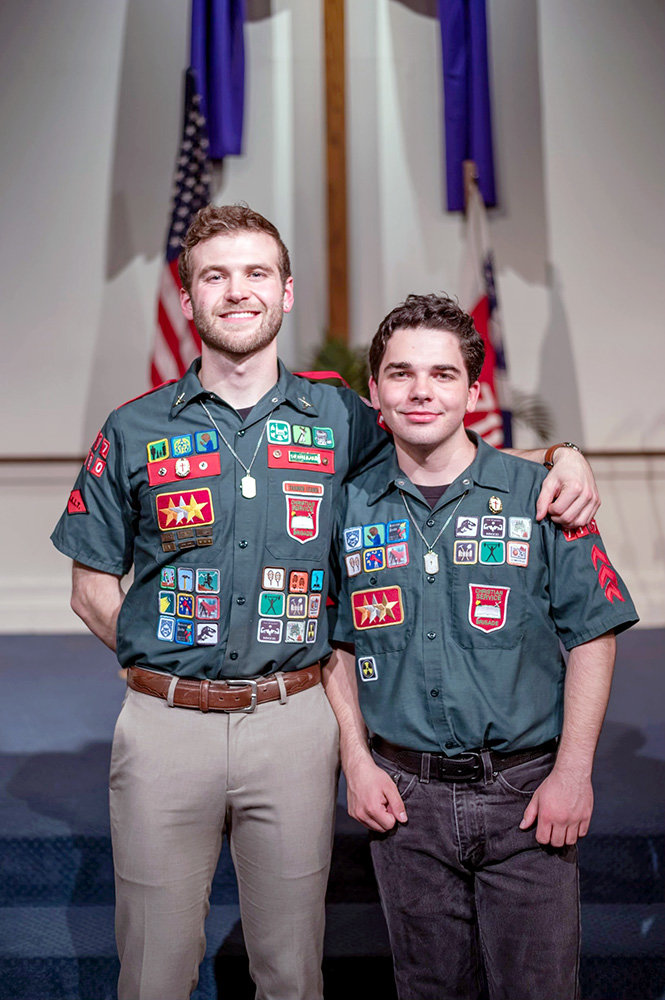 During the ceremony, Seth Ratajczak was joined by his mentor, Jacob Daniel, the only other Herald of Christ in his battalion unit.
Previous Next
Posted Saturday, May 21, 2022 4:34 pm

Seventeen-year-old Seth Ratajczak earned his Herald of Christ award in April. The award is equivalent to the Eagle Scout in Boy Scouts.

“We are similar to Boy Scouts in the way that we do camping trips, we have uniforms and patches, and we learn valuable life skills and lessons as we progress through the program,” Seth said. “Tree Climbers is the youngest age division, Stockade is for middle-schoolers, and Battalion is for high-schoolers.”

Battalion has an achievement program that is done alongside an assigned mentor. Seth just completed his 10-month Herald of Christ internship, which required Bible memorization, in-depth studies into multiple books of the Bible, essays on important topics as described in the Bible, study on Bible doctrine, review of CSB's seven points of valor, a 1,500-word essay on his personal faith journey, a ministry project and a three-month service project.

For his ministry project, he visited Guatemala last summer, and for his service project, he distributed food for the homeless through an organization called BeMoreCaring.

When he earned his Herald of Christ award in April, he became the second person in his brigade’s 33-year history to receive that honor.

“This has been a very beneficial process for me and I'm so grateful for it,” Seth said.

The Greatest Threat To Christianity In America