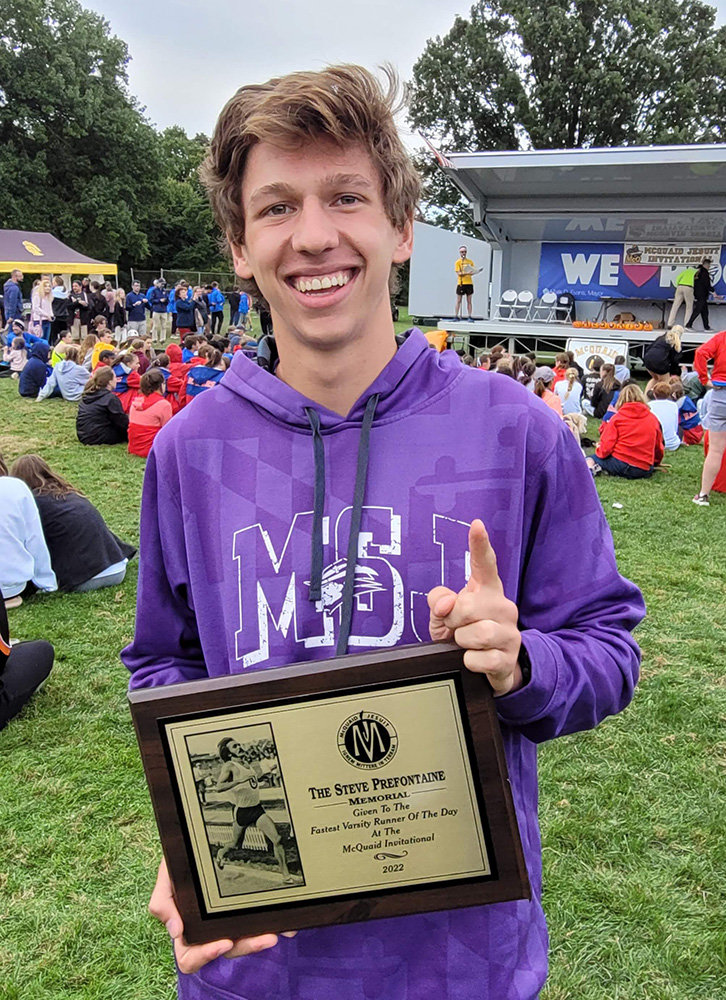 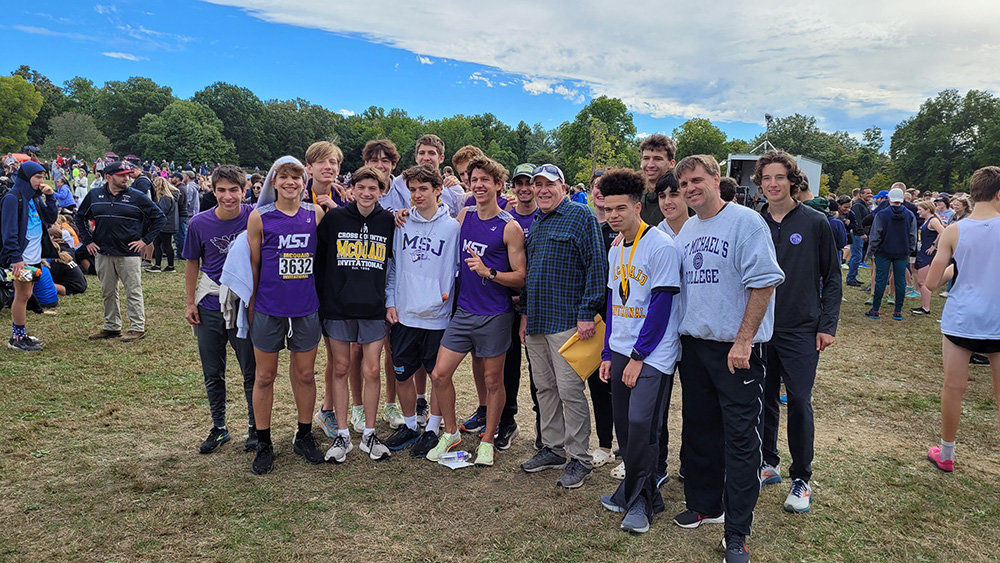 The McQuaid Invitational, a race based in Rochester, New York, is one of the country’s largest high school sponsored cross-country meets with more than 6,000 athletes from 20 states and two Canadian provinces competing. For one Severna Park resident, Mount Saint Joseph High School senior Charlie Butler, being invited for the first time after two years of coronavirus cancellations was only half of the plan.

Butler executed the next step of his agenda to perfection on October 1 amid the crisp western New York fall weather by winning his race at the 57th annual meet. It was the first-ever Mount Saint Joseph win at the prestigious event.

Butler started running when he was 7 years old through Severna Park’s Green Hornets track and field summer program. He ran with the Howard County Striders during the fall of eighth grade, which is when he started to think not only did he love running, but he also might have a talent for it as well. It was with the Striders that he had an opportunity to attend the AAU national championships, an experience he said made him fall in love with the sport.

“For the act of running, I really enjoy how I can clear my mind while doing it,” Butler said. “It is a break from the hustle and bustle that school and my other extracurriculars bring.”

“Charlie was able to keep up with the varsity team on distance runs, which is very unusual for freshmen, and we had a pretty good senior-laden team at the time,” Peach said. “I put Charlie in the junior varsity race in our first race of the season and he won by two minutes.”

Butler was quickly moved up to varsity where he was embraced by the senior runners. By the end of the season, Peach said Butler had made noticeable strides.

“Charlie quickly developed into one of the best runners in the state,” Peach said. “He has run both track and cross country for the past two seasons and continually runs personal bests in the 3200-meter and 1600-meter races.”

Butler said he strives to work hard for his team through consistent and disciplined training. Training for cross country begins in late June and isn’t over until November.

“He has seen me develop as an athlete and has learned what methods are going to help me improve,” Butler said. “He has pushed me to be the best I can be since my freshman year and has taught me what it takes to be a top runner.”

Butler’s accolades don’t end on the track, though. The senior is a member of the National Honor Society, French Honor Society and Rho Kappa Honor Society. He also notched top honors at the 2022 Maryland History Day ceremony by receiving the Major General John E. Morrison Award for Excellence in Education and Innovation with his project titled “The Oil Crisis of 1973: How Diplomacy Was Able to End the Worst Oil Crisis of the 20th Century.”

His name appears atop several Mount Saint Joseph High School track and field records, but he’s also a member of the school’s FIRST Tech Challenge team, Boy Scout Troop 450 and is a sacristan at St. John the Evangelist Catholic Church.

Butler plans to pursue an engineering degree and has his eyes set on multiple universities, including Villanova, Syracuse and Princeton. Whatever school he attends, his goal is to earn a spot on a collegiate cross country team.

“Coming into this season, we knew he was going to be one of the tops in the state,” Peach said, noting some of the runner’s top accomplishments and victories this year.

Butler said he tries to alleviate stress and not let a race get to his head at meets, often sporting headphones and focusing until the starter's gun goes off.

“Even during the race, I couldn’t tell you what I am thinking, only to keep pushing,” Butler said. “I’m not the superstitious kind, though I do eat Oreos the night before every race.”