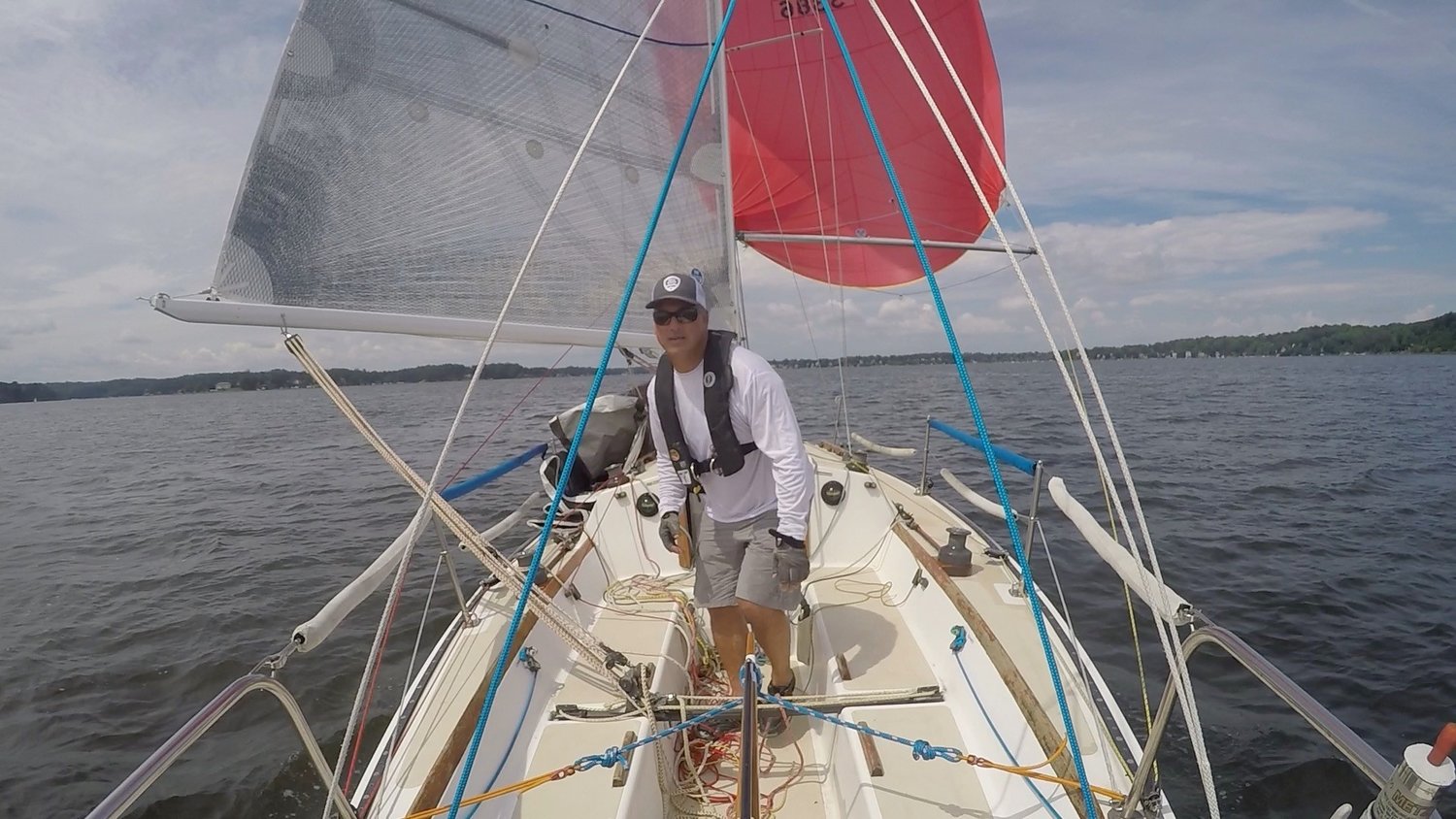 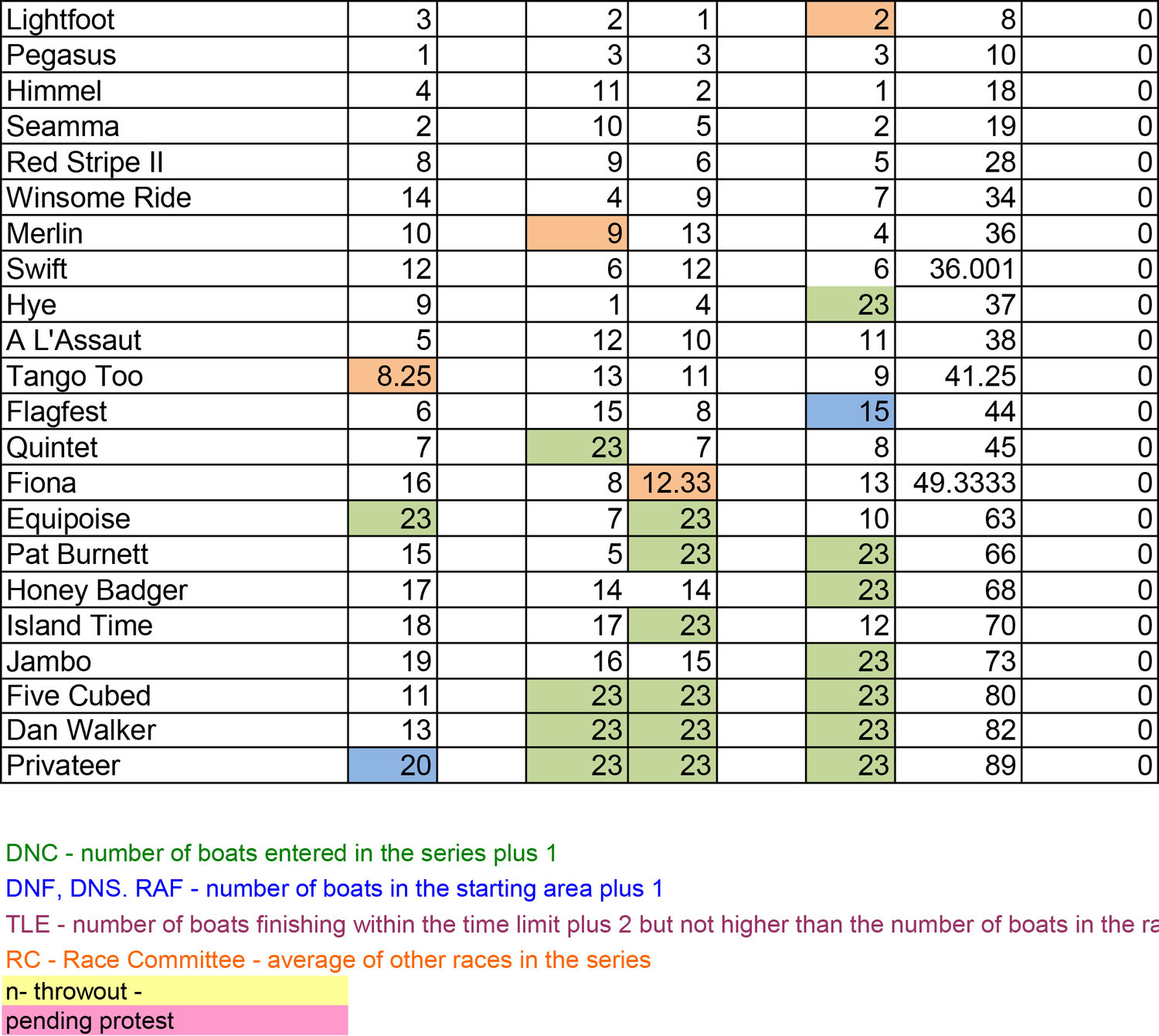 Each year, the Round Bay Sailing Association (RBSA) hosts the CRASH Race that requires skill and determination, and a bit of hutzpah. The CRASH Race, which stands for Cross Round Bay Single-Handed, requires that skippers race solo. As Himmel skipper Don Snelgrove describes it, the race “really makes you appreciate the jib trimmers.” While this is a single-handed race, rules permit one other person onboard as an observer only; that observer can do nothing except perhaps serve the skipper a beverage of choice.

This year, seven boats competed for the prize: Fiona, Flagfest, Himmel, Jambo, Privateer, Seamma and Swift. Thunderstorms were predicted but didn’t materialize during the race, although the race start time was moved up to accommodate the weather predictions. According the Dan Flagler, skipper of Flagfest, the only weather complication for the race was that the wind built and shifted prior to start time, requiring the race committee to change the course several times before the start. Final conditions were great for a long course of 5.7 nautical miles, on Saturday, August 22, with 8 to 10 knots of breeze from south-southeast.

Seamma took first-place honors and claimed the CRASH Race perpetual trophy, with Himmel and Flagfest taking second and third places, respectively. The perpetual trophy is a framed RBSA burgee (the club flag) that was flown by a skipper from the South River Sailing Association (previously RBSA’s sister club). According to John Stefancik, crew member on Red Stripe, that South River skipper “participated in the 1984 Observer Singlehanded Transatlantic Race (OSTAR) and flew that very same burgee during the race!”

Winning skipper of the 2020 CRASH Race and newly anointed trophy holder Gary Patenude, pictured flying Seamma’s spinnaker, has participated in this race many times over the years.

“Usually it’s all about teamwork, but every once in a while, it’s fun to make it work on your own,” he said. “It helps you get in touch with your boat.”

In addition to the CRASH Race, RBSA finished its third series on August 19. The results of the four races (two of six canceled due to thunderstorms) in series 3 are included on the score sheet with this article. CRASH race results are also included.

Congratulations To The Best Of Winners