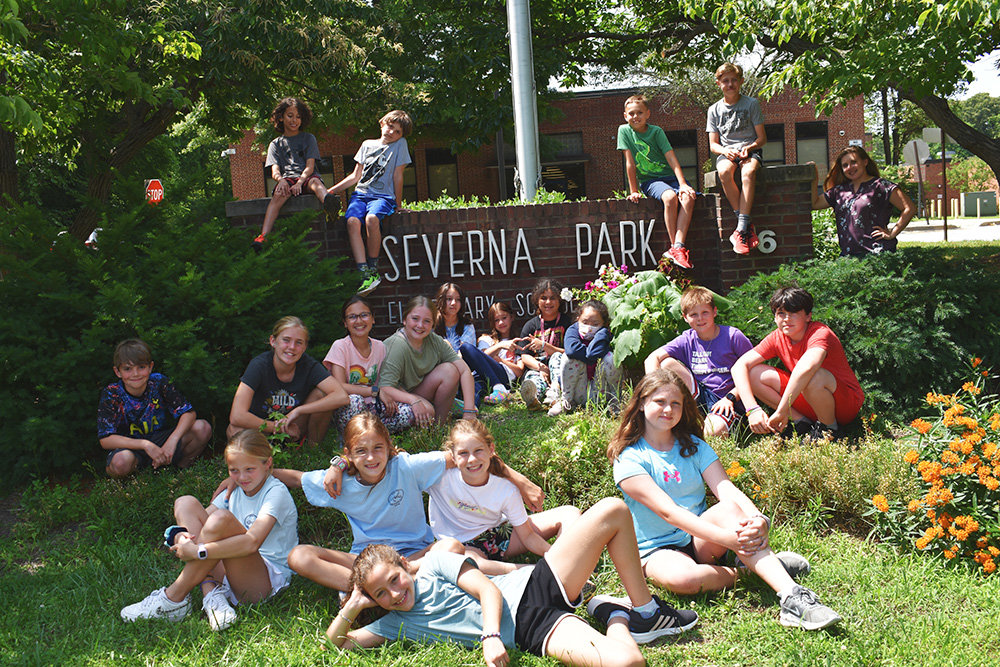 Ms. Tucker’s fifth-grade class at Severna Park Elementary shared where they would travel this summer if they could go anywhere.
Photo By Lauren Cowin
Posted Wednesday, December 31, 1969 7:00 pm

Each month, the Severna Park Voice poses a question to a local fifth-grade class. This month, students from Ms. Tucker’s class at Severna Park Elementary School answered the question:

If you could travel anywhere in the world this summer, where would you go and why?

If I could travel anywhere in the world this summer, I would go to Los Angeles, California, because I would be able to see my aunt and uncle and go to Disneyland.

I would go to Ocean City because I love the beach, the boardwalk and the hoodies. I practically live there. My brother and I love hitting the waves when they’re huge!

If I could, I would go to China. I want to travel all around it. I was born in China, and I used to go there during summer vacation. That stopped for a few years and I would like to go back to see how it is right now.

I would want to go to Paris because it looks really cool and aesthetic looking! I also have never been there before and also the food looks really good.

I would go to Alaska because I want to see my grandparents. I barely get to see them and would love to go hang out with them. I miss them a lot.

I would go to Hawaii or Greece because in Hawaii, I could try new foods, go out on the beach to watch the sunset, and go near the fire pit and roast marshmallows. However, if I went to Greece, I could also go to the beach, walk around on the pathway, go shopping and get good food.

If I could travel anywhere, I would go to Cooperstown, New York, because the Baseball Hall of Fame is there, and it would be so fun to play baseball there.

I would go to Tokyo because they have great sushi and I love sushi. Also, they have a cool culture.

If I could travel anywhere this summer, I would go to the island of Fiji. I have always wanted to go somewhere in the middle of the ocean, and somewhere with not a lot of people traveling there.

I would go to Japan. First, I would visit all of their sushi places and go to cat cafes. I would also like to learn their language and their culture and check out their plushy shops, go to their concerts and see the Hello Kitty store.

I would go to Brazil because of the beaches, my family and also food. The main reason is my family that I haven’t seen since 2019.

If I could go anywhere in the summer, I would go to the biggest Taco Bell in the world because I really like Taco Bell.

I would go to Lake Huron in Canada because I have family there and the silky beaches. I also like to play in the lake.

I would visit every major city in Europe for two days. I think it would be really fun and adventurous. Also, I’d want to watch a lot of soccer games.

I am actually going to Greece this summer. I am super excited to eat warm pita bread and to walk the streets, listening to Greek music. Every time my family goes to Greece, we visit the island Crete.

I would go to Hawaii because I want to go snorkeling with my family. I also would want to go shopping. Going on hikes would also definitely be on my to-do list.

I would go to Florida because I would go to Disney and Universal. I would have so much fun on the roller-coasters.

I would go to Greece because I’ve heard it’s very relaxing and calm with beaches everywhere you look and music playing in the background. I can see myself biking on the walkway, just enjoying life. The food is amazing and Greece is beautiful. I hope I’m lucky enough to go and get my tan on!