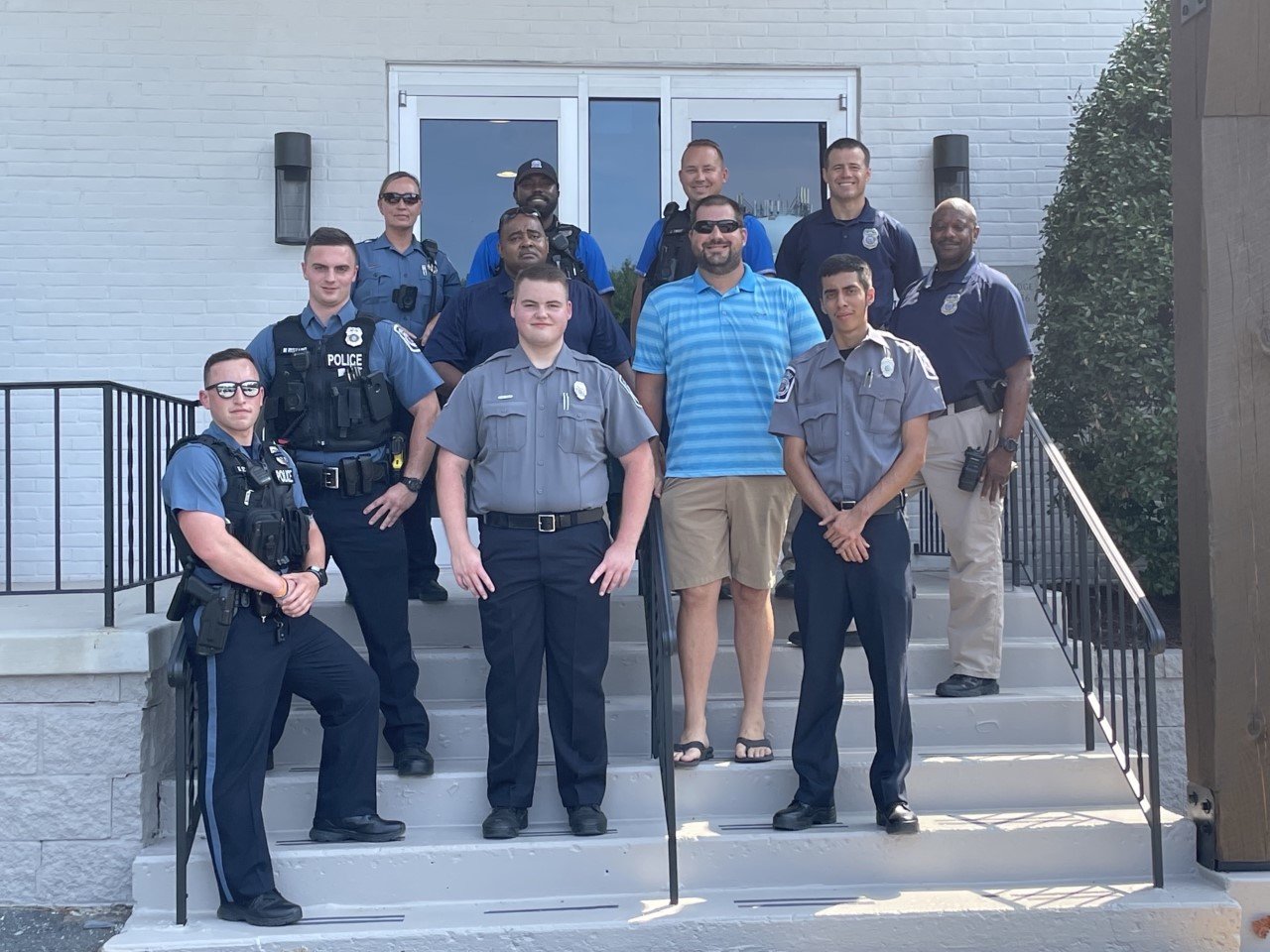 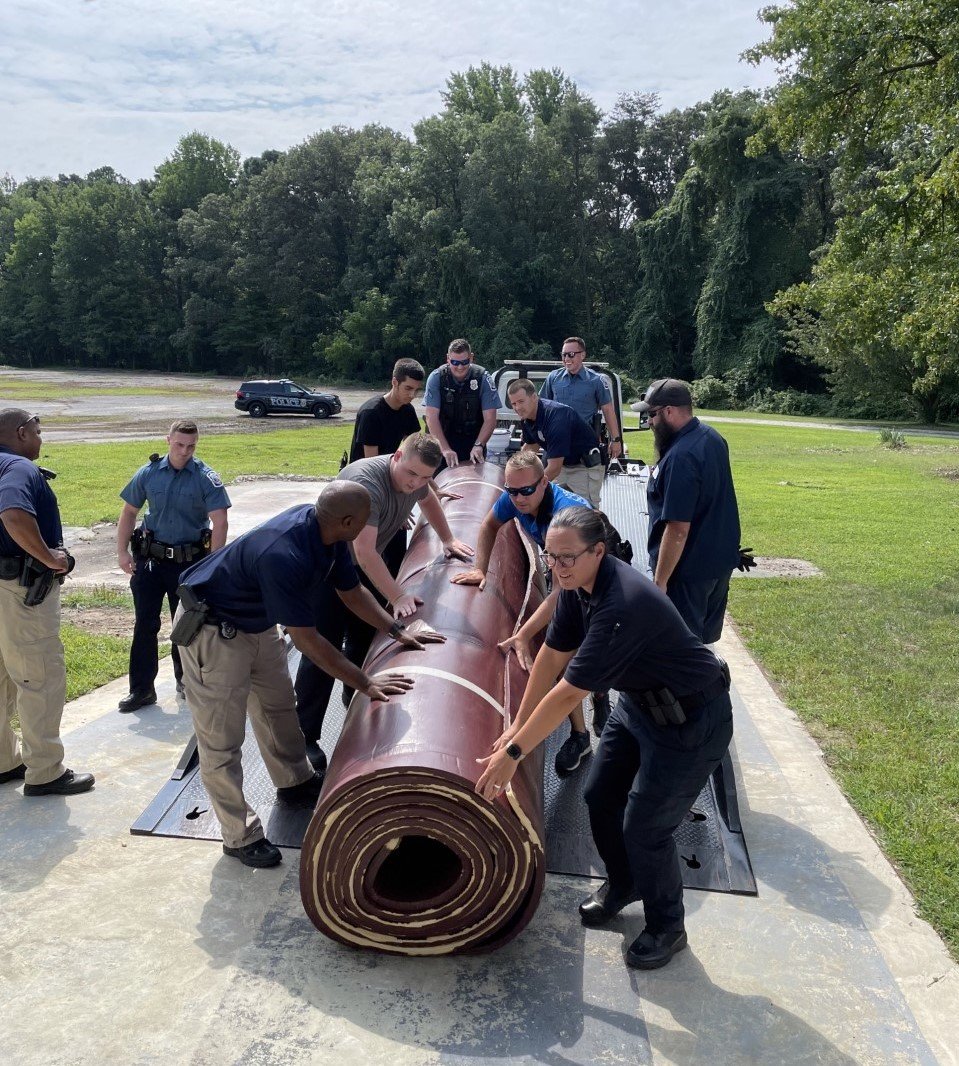 From their own personal experiences, Corporals Scott McAdoo and Dwayne Raiford of the Anne Arundel County Police Department understand how sports can be used to shape lives and teach important lessons that can positively alter the trajectory of at-risk individuals. Sensing a pressing need in the local community, the police officers have recently founded Police And Community Together (PACT), a wrestling-based program targeting middle-school aged boys and girls that will meet one or two days each week in space donated by the Moose Athletic Club in Glen Burnie. Geared after the nationally-acclaimed Beat the Streets initiative, the free programming is expected to begin in September.

Located at 1911 Crain Highway, Moose Athletic Club was recently reimagined from the former Moose Lodge and Family Center. The 30,000-square-foot building is now a multi-functional indoor sports facility which includes a 6,500-square-foot turf box arena and 3,900-square-foot turf training area, in addition to a fitness and weight room and locker room facility. Earlier this summer, Liverpool FC International Academy Maryland formed a partnership with the athletic club to utilize both the indoor facility and outside playing fields for practices, training sessions, league games and tournaments.

This agreement follows the announcement of an alliance with Hero’s Lacrosse and Moose Athletic Club to launch Sweatin Moose, a summer league, lacrosse academy and camp targeting area youth players with a focus on a Canadian box lacrosse-style of training and playing. True Sports Physical Therapy, a sports rehabilitation concept, has also leased space within the facility.

“Middle school is the time when young people are experiencing physical and hormonal changes and are many times easily-influenced and most susceptible to negative associations,” McAdoo explained. “This program is designed to use wrestling as a tool to teach respect, discipline, goal-setting and character-building. It will be much more than spending a few hours rolling around a foam mat and getting sweaty, although the incorporation of consistent physical exercise is a cornerstone of everything we are trying to accomplish.”

In addition to the sports training, McAdoo said PACT participants will be taken to the local swimming pools, partake in community clean-ups, learn public speaking skills as well as how to properly put on a tie for an interview. Focusing on future career choices – different from becoming a professional sports athlete – will be a central component of the year-long program. Guest speakers in different industry categories will be brought in to address the youngsters.

“Every session will begin with a 5-2-1 ritual,” McAdoo explained. “That is, taking your five fingers, focusing two eyes on the person before you, and engaging in a heartfelt and meaningful handshake. This teaches respect for others and dignity.”

McAdoo participated on the wrestling team at both Blair Academy in high school and Rutgers University and believes the sport uniquely teaches discipline and rewards physical and mental training.

“Just like life itself, you take your lumps when wrestling and only have yourself to credit or blame because it is an individual sport,” he explained. “You earn everything you put into it.”

The Beat the Streets model helped achieve a 100% high school graduation rate for its participants in Philadelphia, which led to higher education opportunities. This significantly exceeded the current 60% graduation rate in the city, McAdoo said. He adds that Beat the Streets also offers a higher level of mentorship called “The Academy,” in which Division I wrestlers from Drexel University and the University of Pennsylvania work with the youth. PACT intends to also incorporate this in its own programming with local wrestlers from The Naval Academy, the University of Maryland and the University of Maryland at Baltimore County.

“Typically, the college-aged mentors receive as much benefit as the youth themselves, as many have spent little to no time in lower-income communities and are unaware of the daily challenges that need to be overcome,” McAdoo said. “The new level of perspective is humbling and eye-opening.”

Witnessing this successful effort has been empowering and motivating to McAdoo. “There are many kids in the Anne Arundel County region that lack direction, due to growing up in one-parent households as well as many other reasons. We have the chance to turn lives around and we intend to accomplish exactly that with PACT.”

“Moose Athletic Club intends to be a leader in the development and execution of youth-based sports initiatives, and the mission of PACT to make a meaningful difference in the lives of area young people aligns perfectly with our objectives,” explained Josh Byrom, general manager of Moose Athletic Club. “Donating this space was an easy decision and we immensely appreciate the volunteer efforts of Corporals McAdoo and Raiford as well as all the teachers and instructors. This use is the perfect complement to our existing programming.”

All We Need For Christmas