Parade Participants Get Creative With Floats 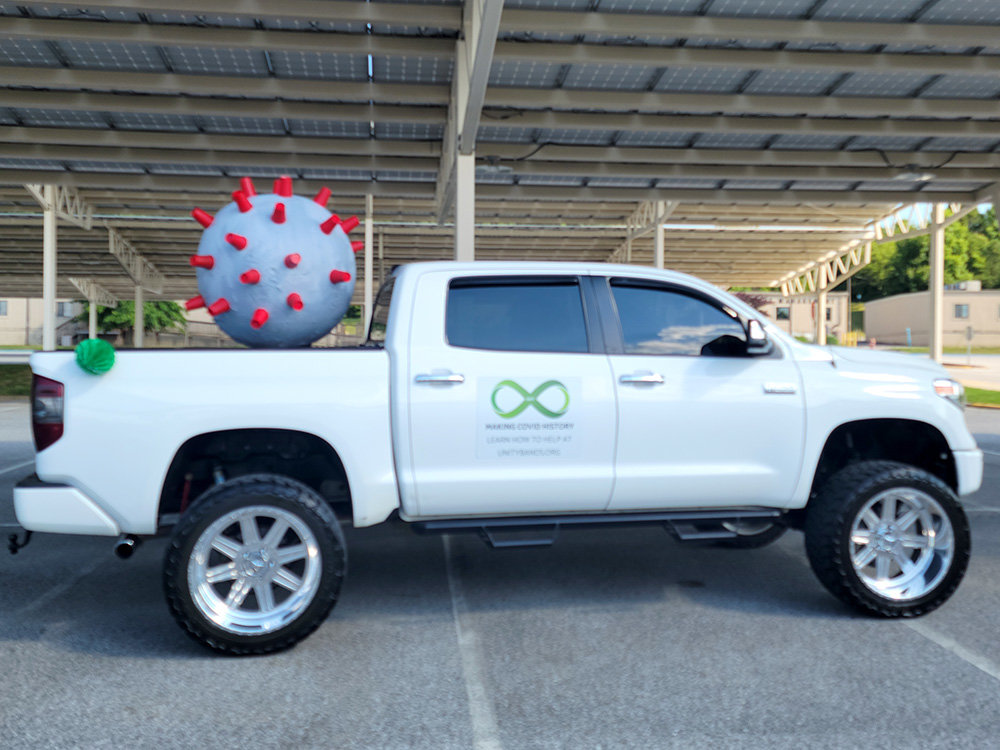 Unity Bands’ truck hauled a large COVID ball that was later destroyed after the parade as a symbol that COVID will be defeated.
Photos Provided 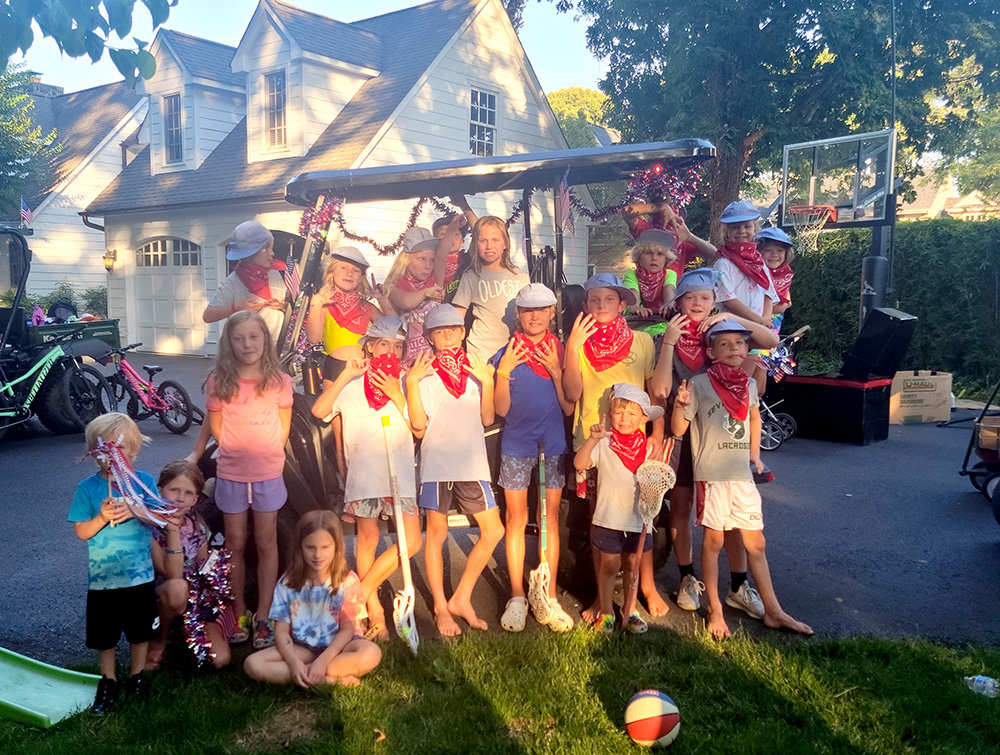 Linstead kids posed in front of one of the decorated golf carts.
Photos Provided 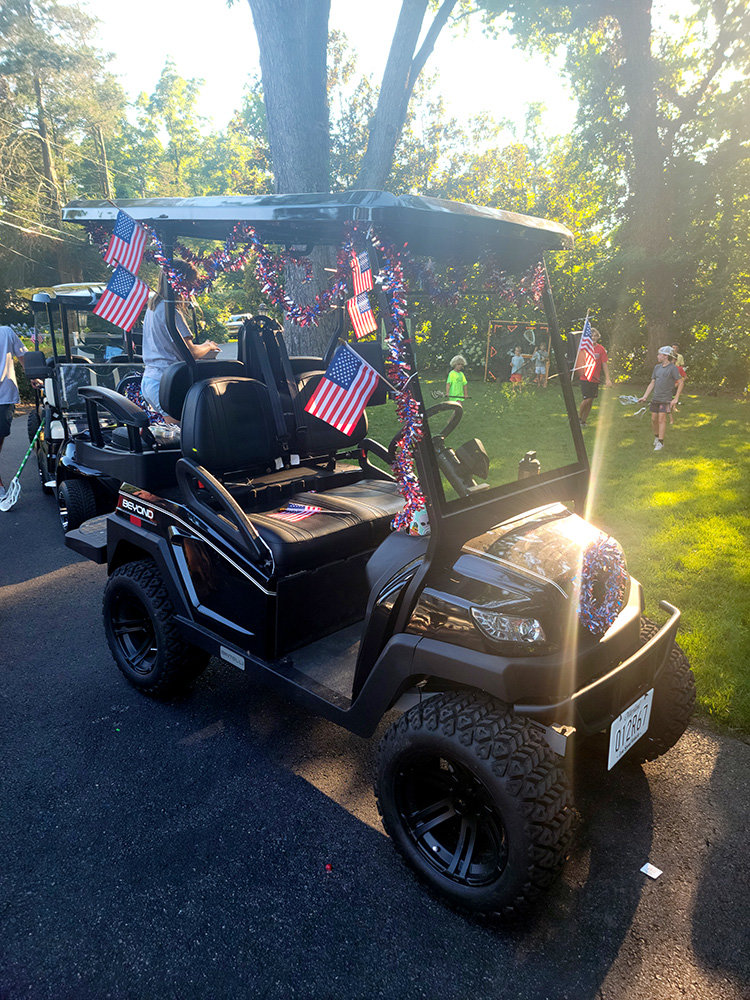 Every year, the Fourth of July parade is filled with dozens of creative and well-designed floats, but not many spectators see how each float is designed to represent the parade’s theme. The theme for this year’s parade was “Celebrating Our Rich History.” Several nonprofits, communities and businesses put a lot of work into their entries this year. Here are a few.

A community that has created some great and award-winning floats over the years saw a changing of the guard as Nancy Rizzo, who helped create those winning floats, passed the torch to a new group of parents, led by Claire Vetter. When coming up with this year’s design, Vetter and her fellow parents drew inspiration from an important and popular Severna Park institution, the B&A Trail. The trail carried trains from the late 1880s to 1969.

To honor the history of the trail, Linstead made its own train as golf carts owned by residents were decorated to look like train carriages.

“We felt that that was something that was worth celebrating, a working railroad right down the street,” Vetter said. “And to bring it kind of full circle, every day there’s people walking, using it. Neighbors are actively using it all the time and probably not necessarily remembering this huge chunk of history that’s right there.”

Started during the pandemic as a nonprofit to help and support local COVID-19 health care workers and research efforts, Unity Bands took an interesting and novel approach to the parade theme this year.

“The theme of the float is making COVID history, as in bye-bye COVID,” said John Schirrippa, the founder of Unity Bands.

The float featured guitarist Steven Boucher performing as he stood in the back of a truck. Behind the truck was the float, which had a large beach ball covered in papier mache to look like the coronavirus, along with the Bowie Baysox mascot, Louie.

“We feel obligated to help these folks with whatever they need,” Schirrippa said. “Whether it’s offering catered meals, mental health improvements, yoga, things like that, that’s why we exist.”

While many floats honored the history of Severna Park, some people took inspiration from places farther away. Jose Matos of EscapeTime Escape Rooms lives on Kent Island, which has history relating to pirates, so he decided to use that as the theme for his company’s float.

“We have a mobile escape room that we will be pulling, which is pirate themed,” Matos said prior to the parade.

Spectators who snapped a selfie with the escape room in the background and posted it to Facebook with the hashtag EscapeTimeMD were entered into a drawing for 10 tickets to one of EscapeTime’s locations.