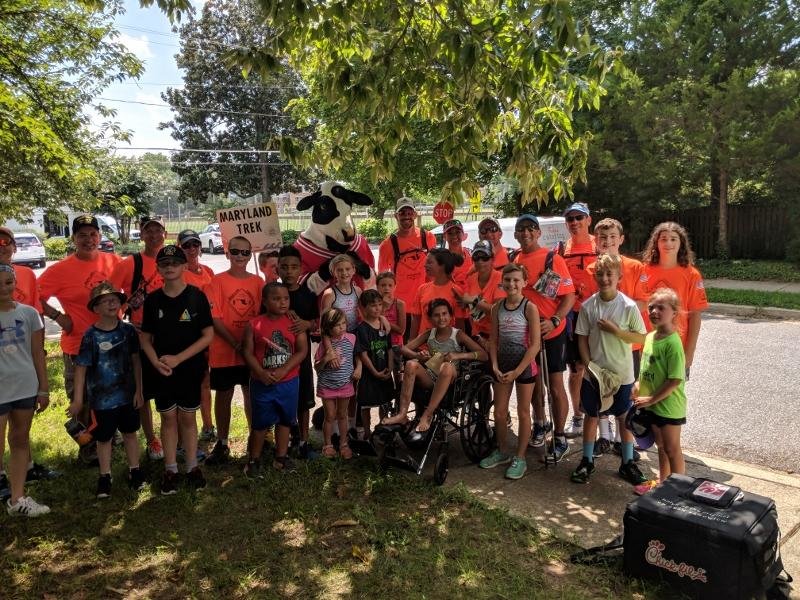 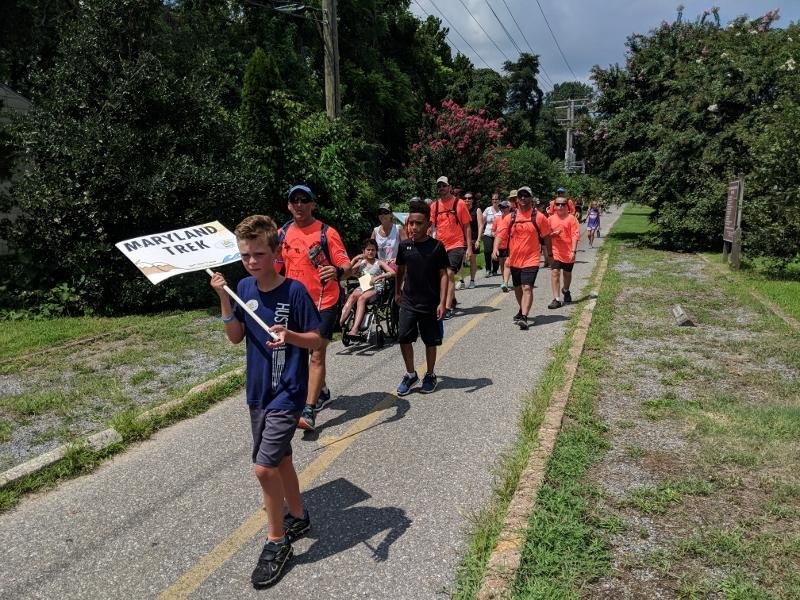 In early August, weatherman Justin Berk and his team of athletes made their way through Annapolis on a 329-mile, seven-day journey in which they hiked and biked from Wisp Ski Resort in Western Maryland to Ocean City, Maryland, in “MD Trek 5” to raise funds for local children’s post-cancer treatment through nonprofit Just In Power Kids. The Annapolis stop included a two-mile Kids Trek with local families along the B&A Trail ending at Severna Park Elementary School, where Chick-Fil-A had lunch ready for the crew and kids. Smyth Jewelers, the title sponsor of the event, was also onsite to celebrate.

“Smyth jumped at the opportunity to support Justin and the MD Trek 5 team’s 329-mile grueling journey for an incredibly worthy cause,” said Smyth Jewelers President Tom Smyth. “After meeting on a previous trek, Justin and his fiancé will be getting married on the Ocean City beaches the day after the team completes their trek. They are committing to one another with the help of Smyth, and we’re so happy to have made a commitment to the couple’s organization Just In Power Kids in exchange.”

The team’s trek began on Sunday, August 5, and continued through Saturday, August 11, when they hit the water at the Ocean City Inlet. In its fifth annual trek, the team hopes to raise $50,000 to help serve 100 kids with post-cancer integrative therapies and supportive care, in conjunction with the family’s chosen medical treatment.

“The Kids Trek on Day 5 is a very special part of our seven-day trek,” said Berk. “To be able to share this experience with local families and give them a glimpse into our journey and mission is something that brings great joy to our team.”