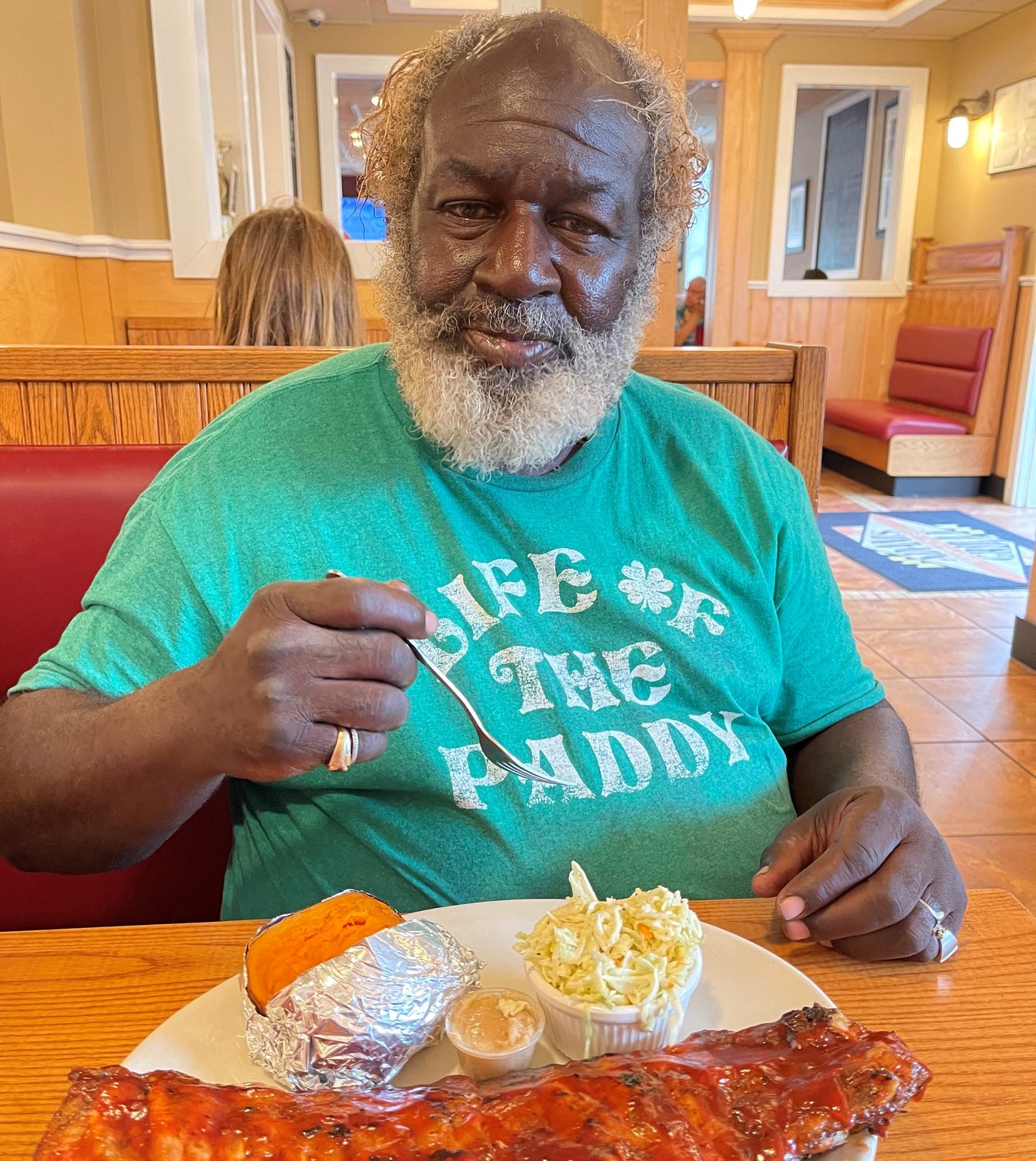 Severna Park residents were pleasantly surprised to see a familiar face recently turn up on the bench at the corner of Baltimore-Annapolis Boulevard and Richie Highway. Severna Park native Arthur “Moose” Williams has been living with his brother in Laurel, Maryland, since an extended hospitalization in January 2020. Williams needed time to fully recover and quarantine, so after his discharge, he and his brother felt it best that the siblings at least temporarily live together.

Immediately following Williams’ return to Severna Park, Facebook discussion threads started as people happily announced their Moose sightings with neighbors asking where he had been and was he in need of anything.

Williams came to town to renew his non-drivers license identification in late July, which expired on his birthday last month. After arriving at the Motor Vehicle Administration in Glen Burnie, Williams learned that he needed an appointment and extra documentation to comply with the REAL ID Act. With an appointment in early August, Williams is staying in Severna Park until then and thoroughly enjoying his local celebrity status.

Many people who have in the past supported him with friendship, necessities or a bit of cash have been stopping for a brief chat, or more often, a wave and a hearty honk of a car horn. He likes the attention and responds with his trademark smile and chuckle.

Williams says he’s feeling very good these days, though the high temperatures do cause his feet and ankles to swell. He has lost some weight. To pass time, he has done some small jobs for Macey’s Corner Exxon gas station. In exchange for his labor, Williams says he’s paid enough money to eat several meals and purchase a few scratch-offs. He recently painted the curbs around the pumps a bright white.

He didn’t expect to see that his favorite breakfast spot, McDonald’s, was closed for remodeling, so he’s spending some of his time on the other side of Ritchie Highway at Royal Farms and in the Giant plaza.

When asked where he’s staying, he sticks to his standard “here and there” response, but adds that he’s inside at night. He expects to return to Laurel after his appointment at the MVA this week but says he would also be happy to stay here in his hometown.

When he returns to Laurel, he can be found at the intersection of Route 198 and Red Clay Road, in front of the 7-11. Williams says that his new friends in Laurel are nice, but adds, “not like here.” And, then he chuckles.

To learn more about Severna Park’s native son, please check out our feature story from 2019.

All We Need For Christmas