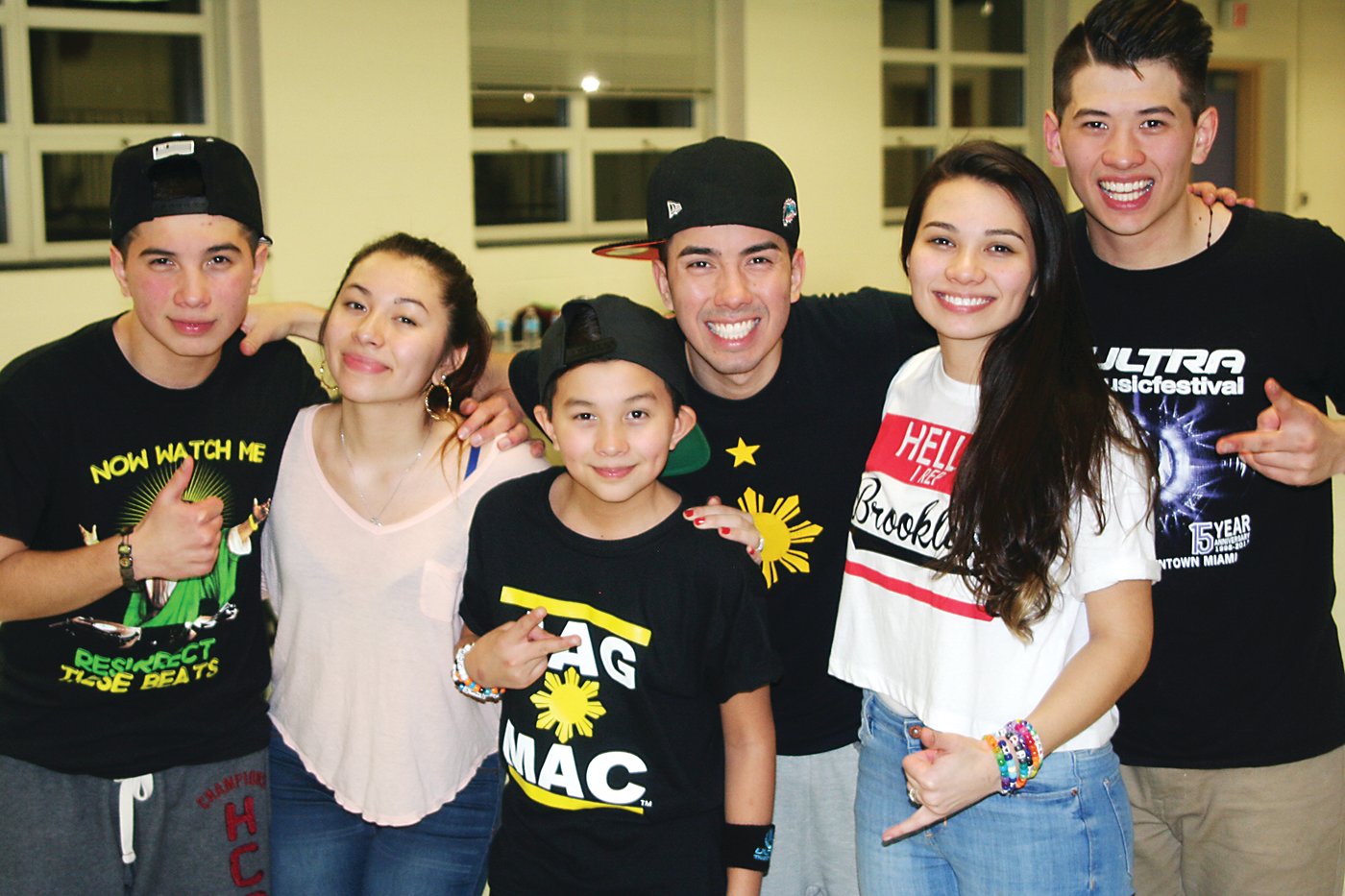 From their early days as Soul Sonic 6, Word Up and then Musix, the band currently known as JAGMAC performed around Anne Arundel County, drawing from influences like The Jackson 5 and the Backstreet Boys.
File Photo
Previous Next
Posted Friday, November 16, 2018 12:47 pm
By Zach Sparks

Being named Radio Disney’s “Next Big Thing” has helped spawn the careers of Canadian singer-songwriter Shawn Mendes, California pop-rock band R5 and several others. JAGMAC, a pop band consisting of six Arnold siblings, hopes to be next.

JAGMAC released the six-song “Right Back With You” EP in September, concluded a 21-city tour in October and will come home to Maryland for a show at Rams Head Live! on November 10 at 3:00pm.

The acronym JAGMAC combines initials for the first name of each member of the Patalinghug clan: Jared, Angelique, Gabriel, Manjo, Alyssa and CJ. The members grew up singing and dancing at the St. Rose of Lima church in Brooklyn Park, but it was three years ago that they became serious about their music.

“We actually started 13 years ago for our dad’s surprise party,” Angelique said. “CJ wanted to be in the Backstreet Boys, so he was like, ‘Guys, you know what? Let’s just sing this song for our dad’ and we were like, ‘OK.’ We never thought we would be here today, but we are very blessed to be in a group together.”

From their early days when they were known as Soul Sonic 6, Word Up and then Musix, the family drew from many influences.

“Growing up and having those influences definitely impacted our music,” CJ said, “and the fact that we have a lot of different harmonies and the choruses are really big, it’s just a lot of fun to sing and dance to, from the Backstreet Boys to NSYNC, Spice Girls to The Jackson 5, and the music we listen to nowadays, like Bruno Mars and The Black Eyed Peas. I think it allows us to add that modern flair to it and yet have our own unique JAGMAC flair.”

Ranging in age from 17 to 27, the siblings co-write their songs, help choreograph their dance moves and play several instruments — talents they are being recognized for since being named Radio Disney’s “Next Big Thing” in April 2018.

CJ said, “Being the NBT was such a great honor, and I think having that title will help us in the future because some of the past NBTs were Shawn Mendes, Camila Cabello and Alessia Cara, so it’s definitely not bad company to be behind.”

Following that honor, 2018 has been a busy year for JAGMAC. The single “Right Back (With You)” was released in April followed by “Not Sure” in August. Both songs share catchy choruses and positive messages about relationships.

“There’s going to be times in your relationship where you can’t stand each other, but as long as you guys can communicate and work it out, everything will be OK,” Alyssa said of the first track. “You’re going to still be with that person. And then our new single, ‘Not Sure,’ is more so about when you’re about to be in relationship or you’re about to get into something and you have this feeling inside and you’re just not sure about it and you have to trust your instincts at that point, but it’s OK to not be sure about things.”

Those two songs were part of the EP that dropped September 7, two days before JAGMAC went on tour with In Real Life, the 2017 winner of ABC’s reality TV competition “Boy Band.” JAGMAC kicked off the 21-city tour at MilkBoy ArtHouse in College Park, and they ended their tour October 10 at The Social in Orlando, Florida, with stops in New York, Boston, Atlanta and other cities along the way.

“I think one of the highlights for us was going to these cities and having the people sing our songs while we were onstage,” CJ said. “It was definitely surreal.”

As for the EP, it was recorded in Los Angeles and produced by Jayme David Silverstein (Miguel), Tommy Hubbard and Rich Zahniser as The Trust (The Gipsy Kings, Bootsy Collins), and two-time Grammy winner Neff-U (Michael Jackson, Dr. Dre).

Fans can find music videos on YouTube. “Not Sure” was filmed on the Ocean City Boardwalk, and Baltimore and Philadelphia avenues. Nathan Colby, a video director based in Baltimore, shot the video along with a production crew.

How do band members stay upbeat despite always being around one another? They each have hobbies outside of music, and they all hold a black belt in taekwondo.

According to Gabriel, “CJ loves dancing, Mango was a chef in college, Angelique is an amazing painter, I love sports, Jared is super into comics, and Alyssa loves music and piano.”

Their father, Carlos, is the owner and chief instructor of the Pasadena martial arts studio Kick Connection. Their Filipino and Polish roots are also important. In January 2014, they performed a benefit concert for the victims of Typhoon Yolanda, which brought flooding, landslides and widespread damage to the Philippines.

JAGMAC’s act has become more refined over the last four years, a stark improvement that music lovers can witness on November 10. Tickets to the Rams Head show start at $16.50. For more information about the show, visit www.ramsheadlive.com. To learn more about JAGMAC, find the band on Facebook, Twitter, Instagram or www.jagmacmusic.com.

Alyssa said the November 10 concert is the family’s first time headlining a show as JAGMAC near their hometown. The performers hope to make their fans and Radio Disney proud.

“We try to keep the same energy in every city, in every place, in every stage we’re on, no matter how many people, whether it’s big or small,” she said. “We want everyone to get the same JAGMAC experience — full energy, great singing, great vocals. We want to give it all to them.”

Jump Into “The Sandlot”

“The Northman” Is A Brutal, Familiar Story

Read Between the Wines

Unity by the Bay | Annapolis, M