How Experienced Sailors Get That Way 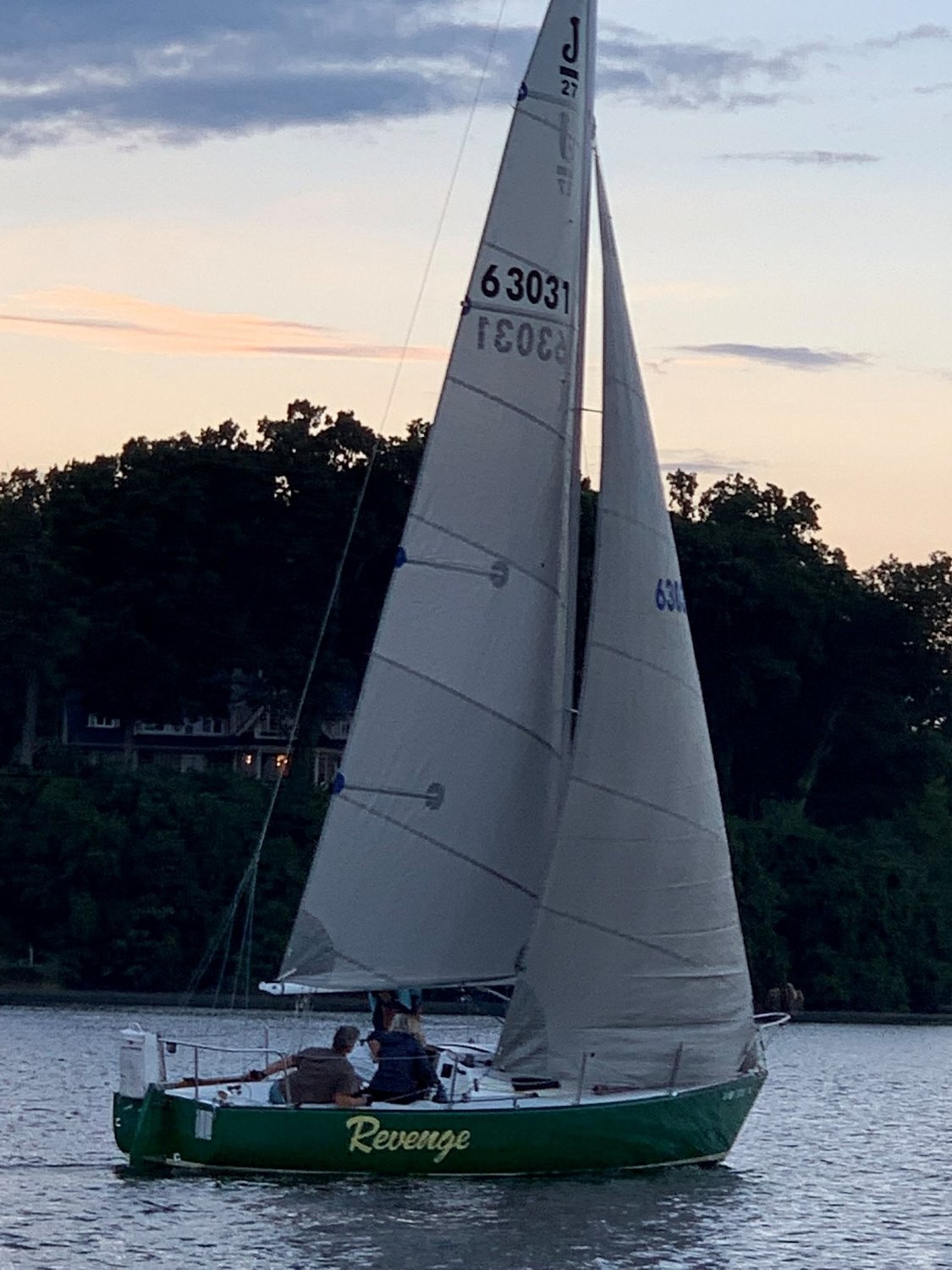 Round Bay Sailing Association (RBSA) has varied levels of skipper and crew experience. In the past, we’ve highlighted new-to-RBSA sailors. Now well into the season, we want to introduce you to some experienced sailors who, like all new sailors, had to learn from scratch. For Deke Johnson and John Stefancik, RBSA helped them learn and grow in the sport.

Deke, who skippers the J/27 Revenge, has been sailing with RBSA since he was 10. He started with his dad and sailed Wednesday, Sunday and special races. Deke has taken season high points and many other prizes, but Revenge’s claim to fame is 12 Linstead Cup victories, seven in a row. Linstead Cup is a challenging pursuit race that starts in Round Bay, proceeds to the Route 50 bridge and then returns. Deke acknowledged that crew work is key, and he is happy that new sailors have continually joined the fleet and have done well in RBSA standings.

John, boat captain on Tom Lloyd’s Rosalita, a J/29, is another experienced RBSA sailor. He has been sailing since the age of 2 months! According to John, his mom’s “favorite thing to do in the whole world is sailing,” so it was the family activity from April to October. John took sailing classes at West River Sailing Club when he was 9, with a waiver from the 10-year-old requirement because he had sailing experience. Lessons at Severn Sailing Association followed. But according to John, what really helped his racing career was racing with RBSA.

Sailing in the RBSA Wednesday/Sunday and special regattas let John and Deke mingle with many sailors, in many events, not just on the Severn. Both have sailed in multiple iterations of Chesapeake events like the Governor’s Cup, Solomons Island Invitational and Annapolis Race Week, but according to Stefancik, RBSA was “the foundation for everything we accomplished.” This led to their participation, along with other RBSA members, in the J/27 North American regatta in Oakville, Ontario, where they placed first among U.S. and Canadian crews.

Sailing in Round Bay requires sailors to learn how to do well on every point of sail and to perform every kind of maneuver – reaches, dead downwind, spinnaker sets other than the typical bear away set (if these terms are foreign to you, join an RBSA crew and you’ll learn; www.roundbaysailing.com). Protest hearings, although rare, were once open to all, to emphasize learning the rules, which change every three years.

According to John, “Some of the best sailors who I’ve sailed against are from RBSA.” RBSA sailors can be competitive, but the RBSA approach to competition is also key – laid back/always learning from each other. That said, those experienced in the fleet sail hard against those with experience and allow those new to racing time to learn the rules. That behavior and mindset underscore the “Corinthian spirit” of the club and its sailors.