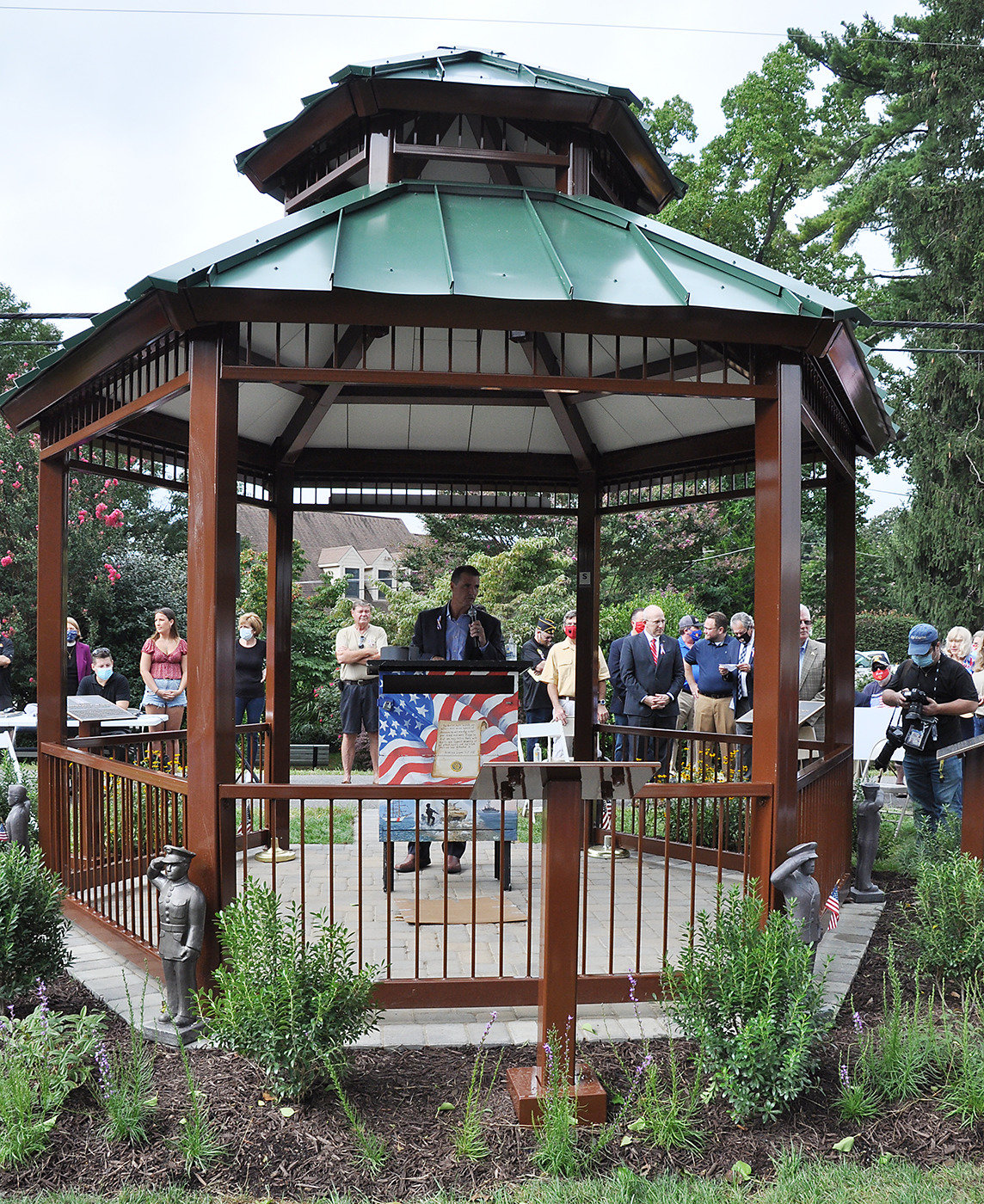 The Heroes of Severna Park organization wants to place a Vietnam veterans memorial next to the Gold Star gazebo that is located parallel to the B&A Trail.
Posted Friday, August 12, 2022 1:03 pm
By Emily Allgair

Planning to build once their permits are approved, Heroes of Severna Park would like to put a 35-foot flagpole to the left of the current gazebo memorial, parallel to the trail. This flagpole would have uplights, allowing the American flag to fly every day for 24 hours, with each flag being retired and replaced every 120 days per U.S. Flag Code.

With local volunteers keeping up with such regulations, including those that establish when flags should be lowered to half-mast, the memorial will also include four stones, each with its own plaque. The first plaque will explain the Vietnam War, which lasted from 1954 to 1975. Three of the plaques will be dedicated to the men who gave the ultimate sacrifice: Charles Arthur Bedsole, Richard Edmund Nitsche Jr. and Ronald Joseph Britz.

Fundraising efforts previously consisted of selling T-shirts and pocket constitutions, but this year’s fundraising efforts are more personal. For $100, individuals can purchase a brick with their name to be laid at the base of the flagpole. A donation form is located on the Heroes of Severna Park website. Heroes of Severna Park is hoping to raise close to $22,000 to build this memorial by September 11.

“I think it would be fantastic to have a memorial to honor the fallen that may have grown up here in Severna Park,” said George Nardone, a Vietnam War veteran who enlisted in the military in 1965 and survived over 250 combat missions as a flight engineer and C-130 pilot.

“Anything that can be done to remind people of what the military does for everybody is pretty important. I don’t think we get enough credit for what we do,” Nardone said. “So it’d be great to have people be aware of the sacrifices that we do make in the public’s interest to protect our country and to protect our people,” he added.

Like the plaques of the Gold Star Memorial gazebo, Heroes of Severna Park hopes to create meaningful plaques at the flagpole. This would mean finding where these men went to school in Severna Park, any extracurriculars that they might have been as involved in, and any of their hobbies and interests.

“Seeing the connection that is made when kids realize that they went to the same elementary school as these soldiers is so important,” said Tom Lindsay of Heroes of Severna Park. “It shows that these men mean something to these kids, even if they didn’t know them personally.”

Hoping to create the same sense of relatability and recognition of these Vietnam veterans, Heroes of Severna Park asks anyone who knew these three men, whether they be friends, family members or classmates, to contact Lindsay at tom@heroesofsevernapark.com.

For more information about how to donate or about the memorial, visit heroesofsevernapark.com.