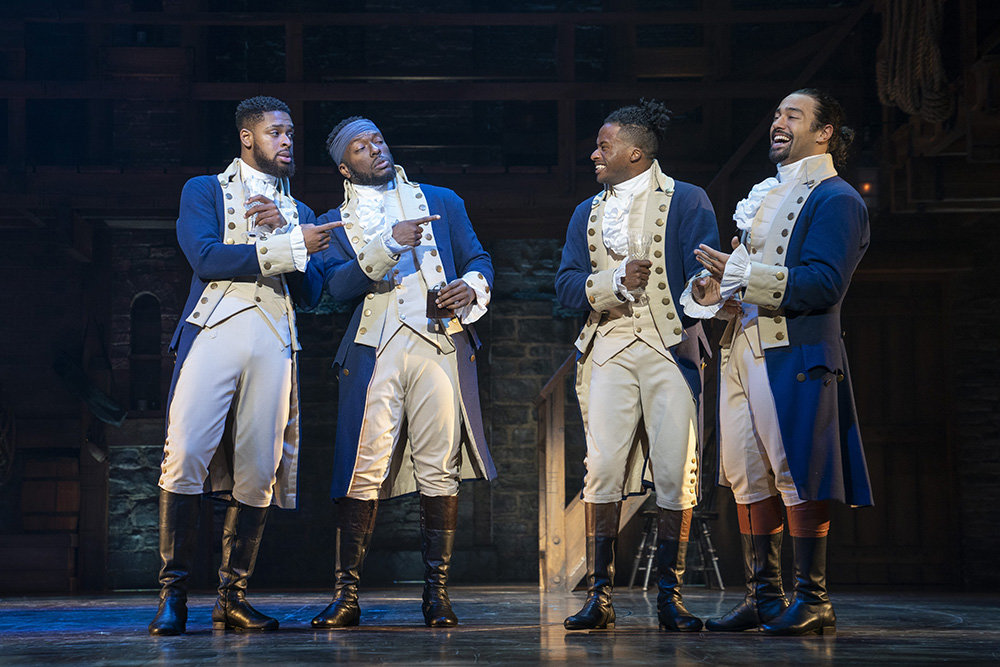 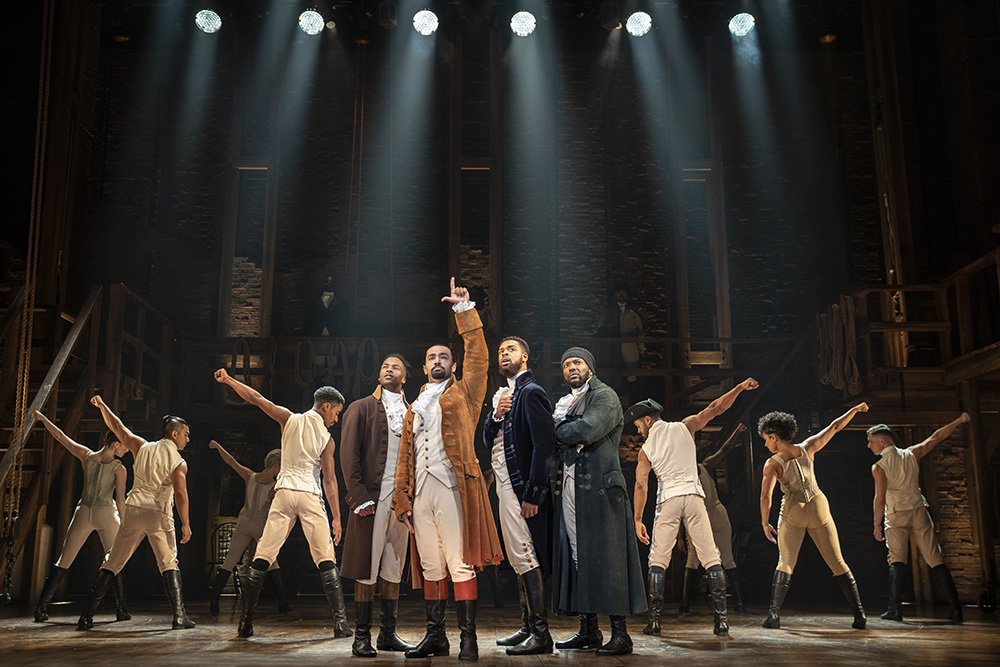 The hit musical “Hamilton” is set for a run at Baltimore’s Hippodrome Theatre, October 11-30.
Photos courtesy of Joan Marcus 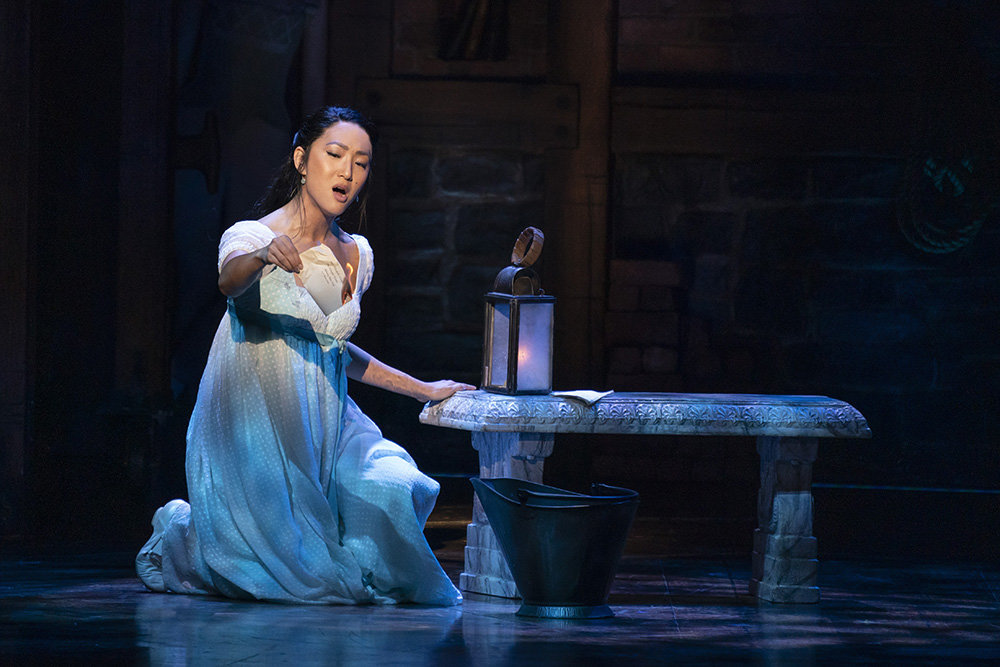 Since its debut in 2015, the musical about the life of founding father Alexander Hamilton has amassed an envious list of awards while creating a production that’s had a major impact on culture, politics and education.

“Hamilton” features music and lyrics by Lin-Manuel Miranda, direction by Thomas Kail, choreography by Andy Blankenbuehler, and musical supervision and orchestrations by Alex Lacamoire. The production is based on Ron Chernow’s 2004 biography of the American statesman.

The musical promises to tell the story of America then, told by America now, and it features a score that blends hip-hop, jazz, R&B and Broadway.

The Hippodrome Theatre, located in downtown Baltimore’s Bromo Tower Arts & Entertainment District, opened more than a century ago and served as a movie palace that also showcased some of the top vaudeville performances of the time. Following a brief closing, it reopened in 2004 as the Hippodrome Theatre at the France-Merrick Performing Arts Center.

The shows are two hours and 45 minutes with one intermission. It’s recommended for ages 10 and up and some strong language can be expected.

Tickets for select shows can be purchased at baltimore.broadway.com/shows/hamilton or on Ticketmaster.