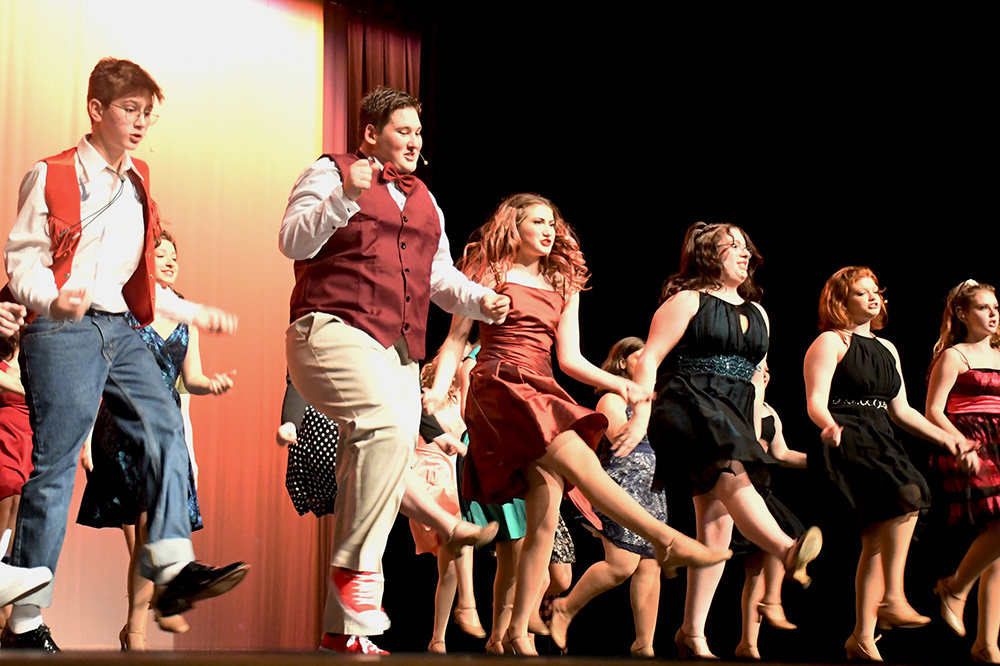 The cast danced for joy in the finale of Severna Park High School’s version of “Footloose” on November 3. Stage newcomers and veterans displayed their acting, singing and dancing skills in the dynamic fall musical.
Photo by Victoria Sneed 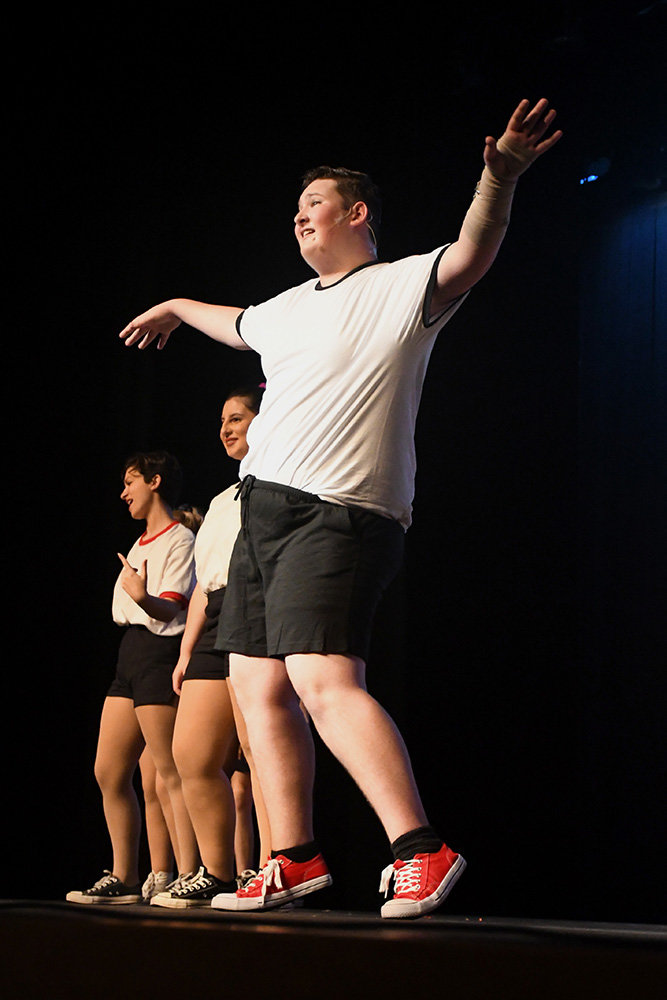 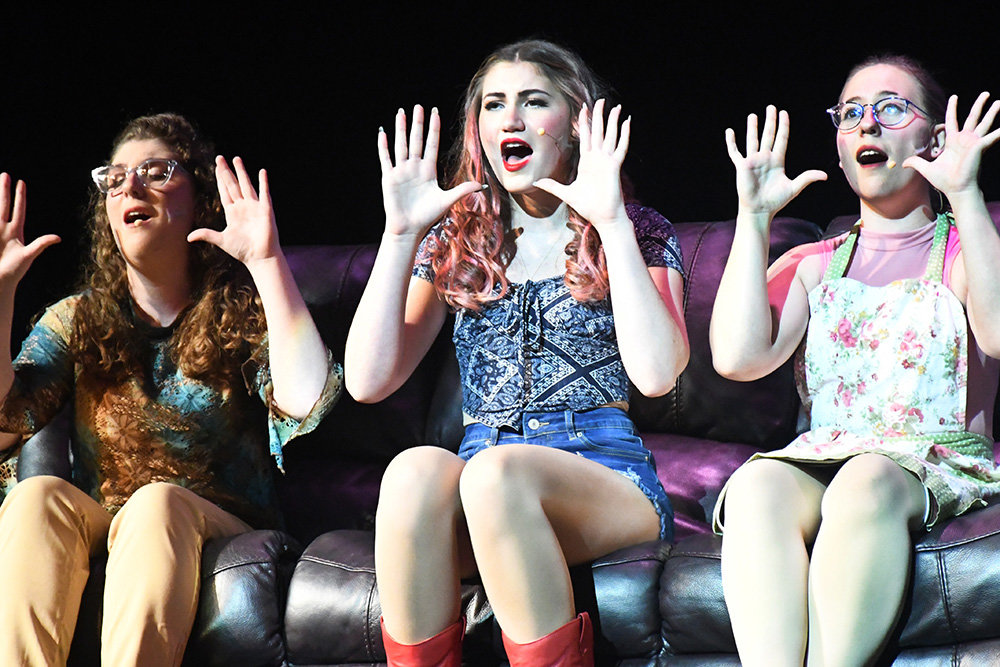 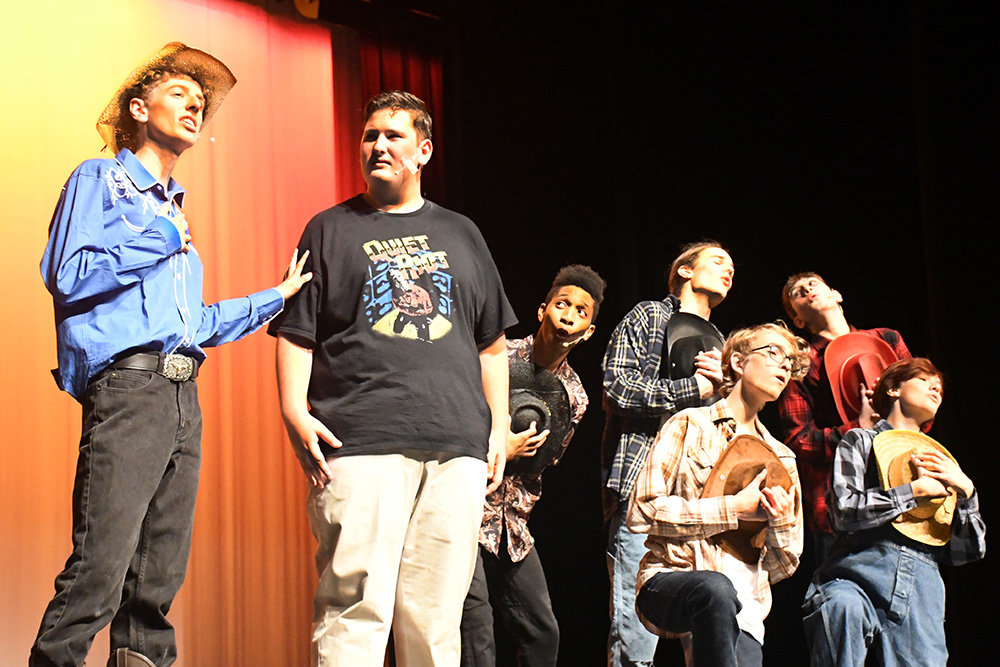 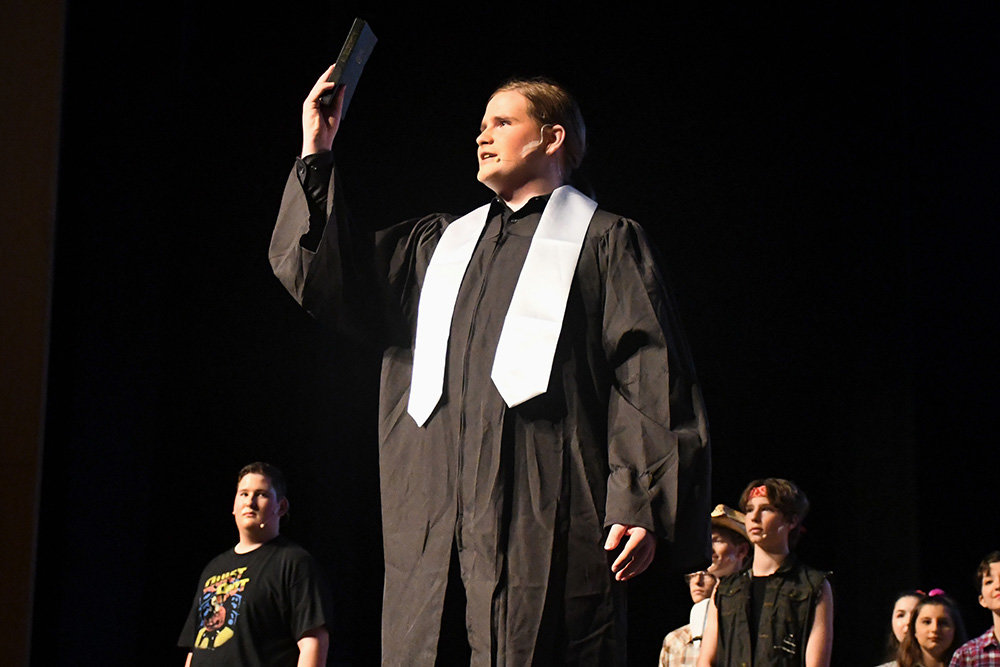 Reed Estepp, portraying Reverend Shaw Moore, delivered a fiery sermon to his congregation during the Severna Park High School production of "Footloose." Estepp impressed the audience during his first theatrical performance with his emotional gravity and clear tenor voice.
Photo by Victoria Sneed 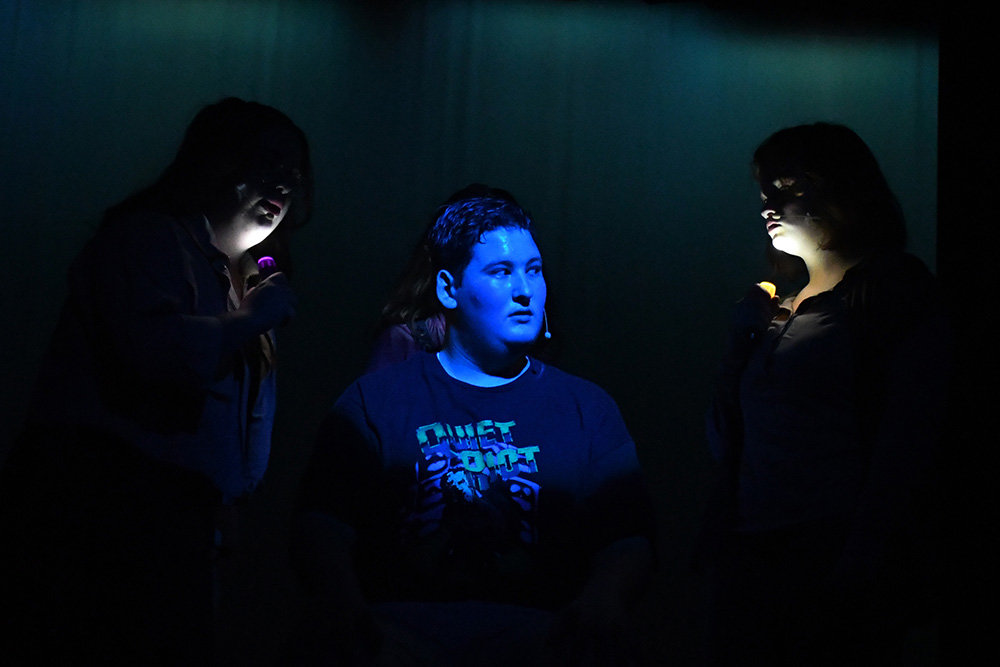 The fall production of “Footloose” at Severna Park High School displayed a plethora of talents from backstage support to lead singing roles from November 4-5 and November 11-12.

The production included a cast of 25 performers, 20 background dancers who also sing, backing from a 10-piece orchestra, and more than 40 crew members.

“I have to know what all the cast is doing,” said sophomore student director Tess Donegan. “I will work with Mrs. Elysia and Mr. David [Merrill], who are the directors, to answer the cast’s questions. I also will fill in for any cast that can’t attend rehearsal, read lines, and smooth out blocking onstage.”

Like many high school productions, student thespians play multiple roles both onstage and off.

Even with major hiccups, like new directors being brought in two weeks prior to first curtain, the show still went on.

“We had a couple key people leave, which made us flounder,” Donegan said. “Then we had Mrs. Elysia and Mr. David come in and brought us all together. The cast has been doing an amazing job and being understanding with last minute changes.”

Elysia Merrill, a professional choreographer, and her husband, David, a vocal director for a local church, volunteered to head up “Footloose,” jumping into the fray.

“We were brought in a few weeks before the first show,” said co-director Elysia Merrill. “We worked on choreography that the cast picked up very quickly. They have all been great with the shake up and have done a fantastic job.”