Filmmakers Set Out To Make “A Comedy And A Tragedy” 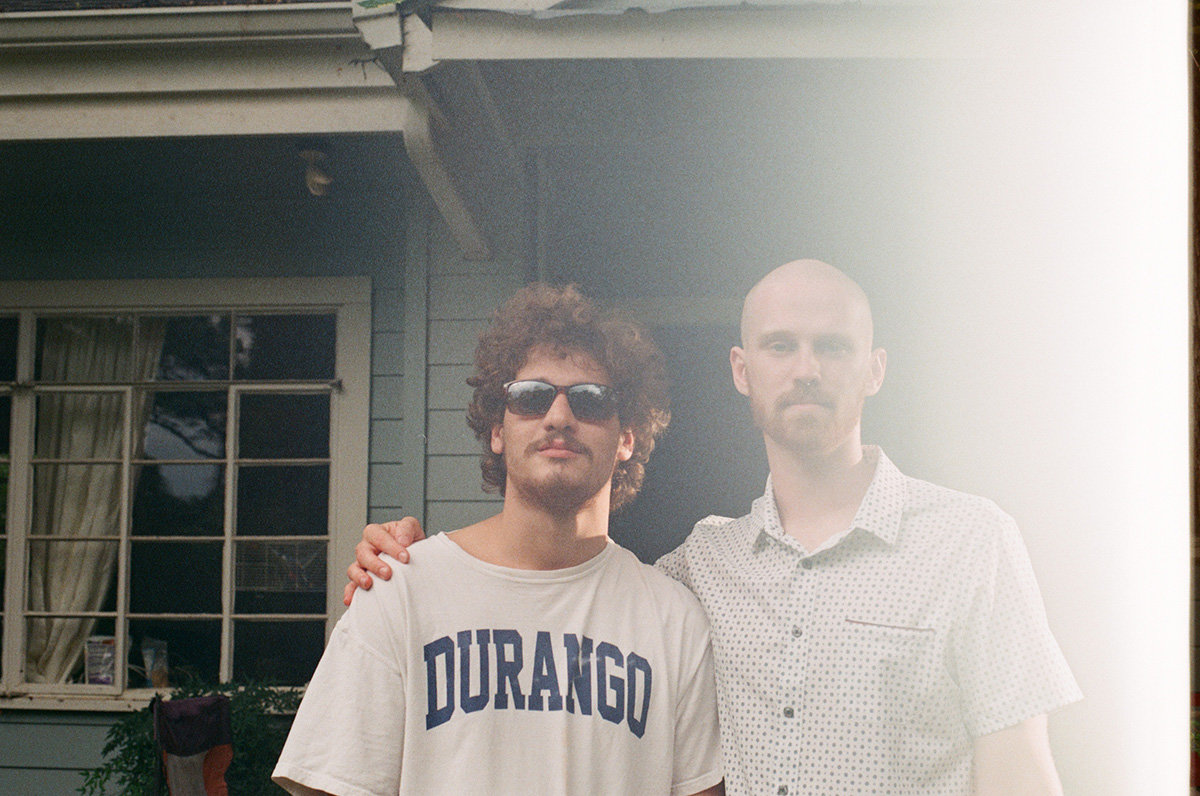 Parker Rouse and Jake Binstock have big dreams as filmmakers, but they are starting small, with a micro-budget feature called “A Comedy and a Tragedy.”

The idea came after Binstock, a Severna Park High School graduate, read all the Greek drama he could find. Even though he and Rouse, a Severn School graduate, were used to writing their own material, adapting the works by Aristophanes and Aeschylus was practical for their first feature film because they could create a film with a low budget and narrow scope.

“A lot of these plays were minimal settings, minimal cast list, but were still incredibly evocative and the characters were incredibly rich,” Binstock said. “And then how they come together, the one comedy and one tragedy. They both capture the extreme ends of what survives in the farcical and political but have really human characters who still feel three-dimensional today. And then there is ‘Prometheus Bound,’ which is deeply esoteric and has the feel like it’s out of this world and was written by someone who wasn’t a human.”

Even though the plays are old, some of their elements are timeless, Rouse said.

“‘Prometheus Bound’ takes place right after the fall of the titans and it’s in a purely mythical landscape with a god tied to a rock for the entirety of the play,” Rouse said. “And then ‘The Wasps’ takes place in what at the time was present day and is about just normal Athenians with different everyday domestic concerns between father and son.”

With a two-part structure and a blending of genres, the film is in their wheelhouse.

“The stuff that we’ve always been writing, the style we’ve developed over the years, has been a blend of this high tragedy and really lowbrow humor, so the tragedy of ‘Prometheus Bound’ and the lowbrow humor of ‘The Wasps,’ put together, really felt succinct with our voice,” Binstock said.

Rouse and Binstock have been developing that voice since they were in seventh grade at Indian Creek School in Crownsville. They started making short films at 13 and both had stints in film school — Rouse at Emerson College in Boston and Binstock at Temple University in Philadelphia.

But they experienced the most growth while working on their own.

“The only way to learn how to make films is by making films, and actually making a film outside of the structure of film school is like one of the most hardcore lessons in hustle and the reality of the business,” Rouse said. “I would say for anyone who wants to make films, there is no better lesson than just doing it on your own.”

Rouse was later selected for an internship in Austin, Texas, with the office of Richard Linklater, the director of “Boyhood,” “Before Midnight,” “Dazed and Confused” and other films. Rouse parlayed the internship into a job as one of Linklater’s art assistants and Binstock soon followed his friend to Texas.

“I think we were drawn to [Richard Linklater] because he is a director who has been dancing in and out of the mainstream his whole career,” Rouse said. “People know his films, but he’s always been subversive in a way that has kept him from that huge mainstream notoriety because he will do a film like ‘School of Rock’ and then do ‘A Scanner Darkly.’”

Binstock said, “He goes back and forth between really great arthouse pieces and great stuff that is easy to tap into. ‘School of Rock’ is a movie I’ve loved as a kid and watched on family road trips and getting older and going to see some of his more intellectual, highbrow stuff – he can just operate on both modes and even at the same time.”

Linklater has been a mentor to the filmmakers and contributed funding for “A Comedy and a Tragedy.” Rouse and Binstock are shooting the first segment in May and the second in October.

They have had help from longtime friends, such as producer Andrew Caplan, who left a full-time job to work on the project. Also part of the team is composer Luke Turner, a Severna Park High School graduate.

Since the crew is working pro bono, Rouse and Parker are seeking funding to keep the crew fed, pay the cast, and transform their backyard into ancient Athens.

Once the film is complete, they plan to submit it to all notable film festivals.

“Some of this material gets lost in translation in that it seems obtuse to modern readers, but if you find the right translation or interpret it right, what is most striking to me is how modern the material seems and how timeless it seems,” Rouse said. “We want to show that to people and bridge the divide in time between 2022 U.S. and 426 B.C. Greece.”

They hope this kickstarts a long career.

“We have countless scripts in a drawer that we would love to make, all different types of budget ranges, from what we’re doing now, which is micro-budget, all the way to a $30 million musical,” Binstock said. “So wherever we go, we plan to make movies forever.”

To learn more, visit www.gofund.me/d871383e or find the filmmakers on social media @thewaspsfilm.