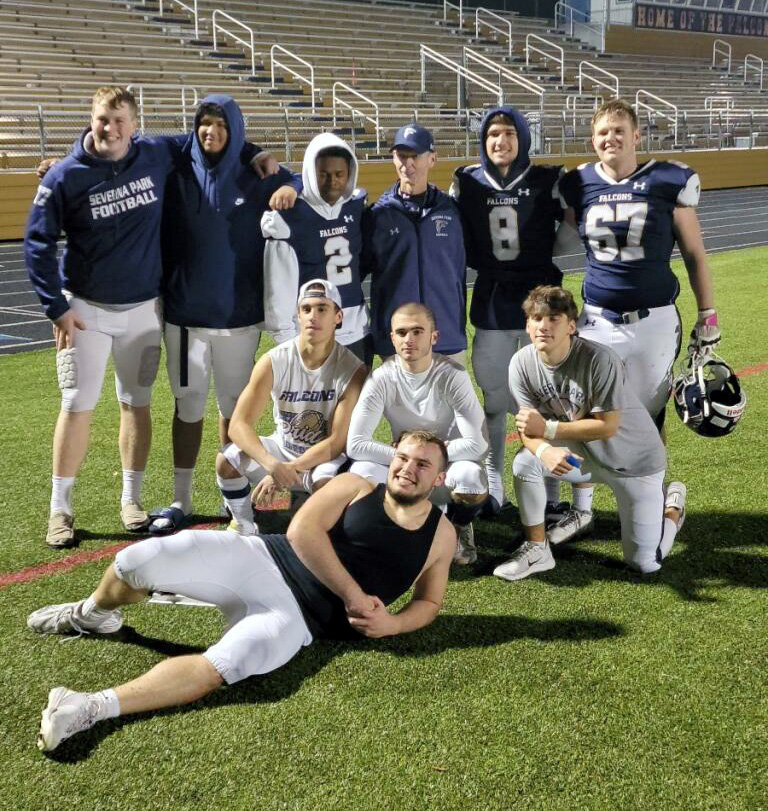 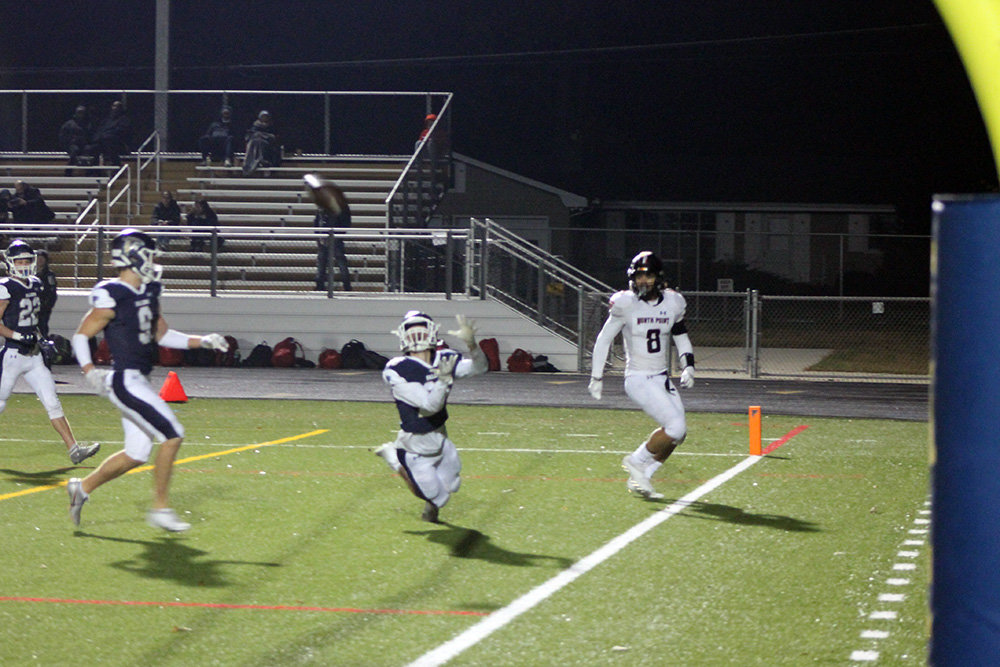 Aubrey O'Brien Gunther dove to intercept a pass in the end zone during the Falcons’ loss on November 12.
Photos by Conor Doherty 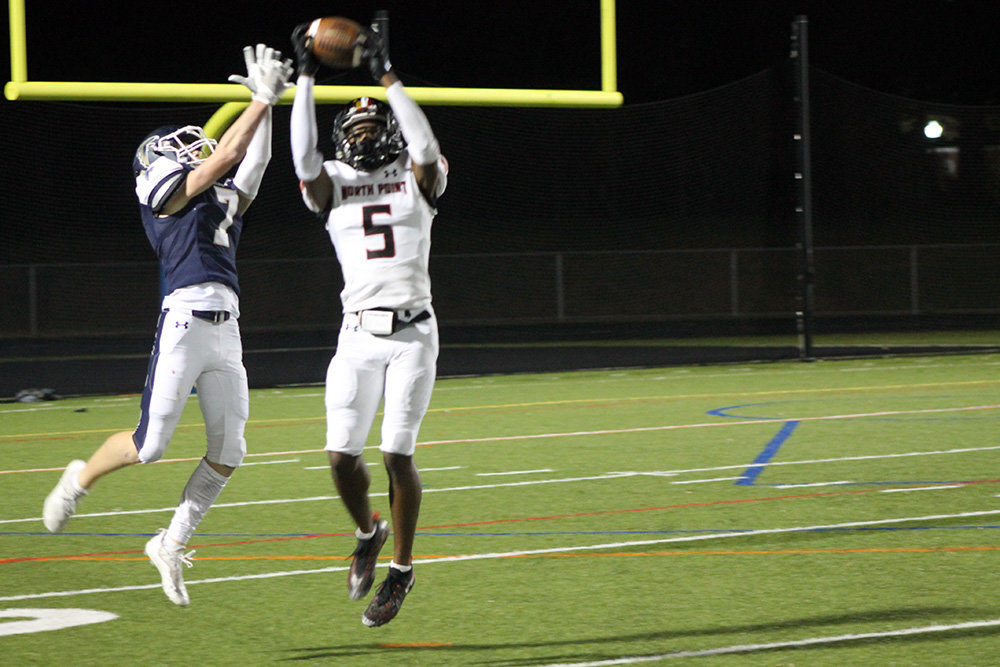 As the clock wound down on a frustrating 28-0 playoff loss to the North Point Eagles on November 12, a group of Severna Park players huddled together away from the rest of the team. They were members of the starting defense, consoling and lamenting what could have been but also congratulating one another for the kind of season many fans hadn’t seen in a long time.

The Falcons finished 6-3 this season, their first season finishing above .500 since 2011. They made the playoffs for the first time since 2008 and hosted their first playoff game since 2006. It was a great season for the team, which at times, looked dominant and at other times, got dominated themselves. Against North Point, the latter was true as the Falcons couldn’t keep up with the Eagles’ speed and agility, with North Point running backs continuously gashing the Falcons. The Eagles used that advantage, and the Falcons own offensive issues, to score on their first three drives to take a 21-0 lead less than halfway through the second quarter.

From there, offense was hard to manufacture. Toward the end of the first half, both offenses got sloppy with the ball, with each throwing two interceptions in a span of four combined drives. In the second half, the Falcons defense played much better, but the offense couldn’t get any momentum going as the Falcons threw five picks.

While the game didn’t go the Falcons’ way, head coach Mike Wright was glad to see the Falcons succeed this season after struggling for so long.

“I coached most of these players with success in JV,” Wright said. “So, to finally be a part of the turnaround and see those graduated players that always worked hard and just came up short smiling on the sideline or reaching out to me excited about the future and this team is very rewarding.”

Junior Talan Livingston was positive despite the loss.

“We’re coming off a really good season, so next year, we definitely have something to work toward,” Livingston said. “We have a ton of juniors coming back and I’m excited for that, but I’m definitely going to miss all the seniors. I’ve been playing with them since my freshman year. They’re all just my boys.”

For Wright, the goals for next season haven’t changed due to this season’s success. “Every season and team are far different to each other, but building from youth has proven to help us develop,” he stated. “The mindset still has to be to overachieve, be competitive in every game and win. Everything will fall into place if that happens.”