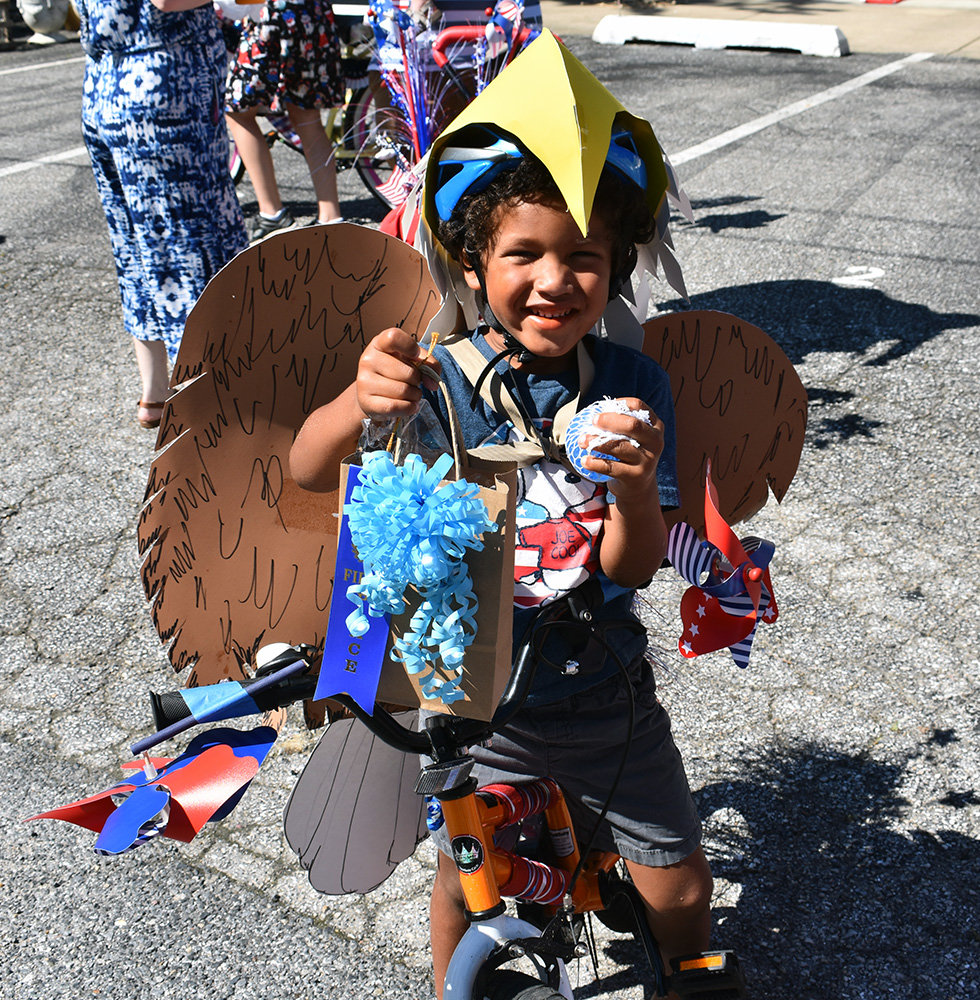 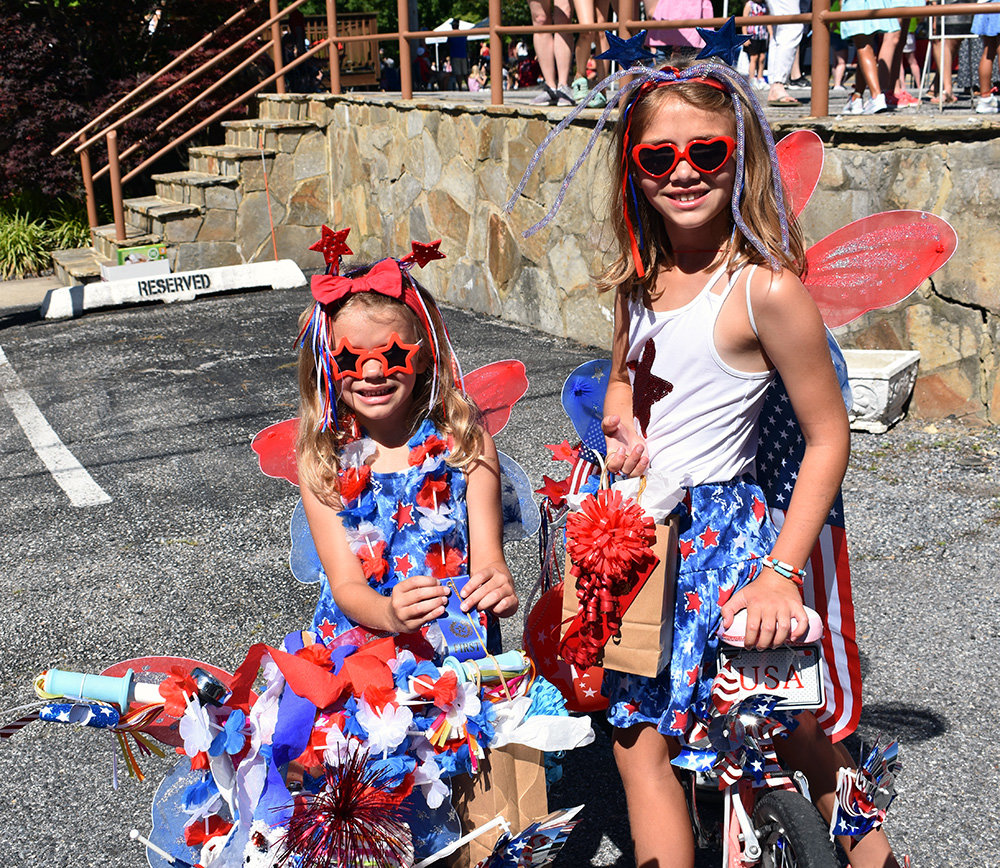 Gemma Dornblaser took home second place for Most Patriotic, and her younger sister, Everleigh, won first for Most Beautiful. 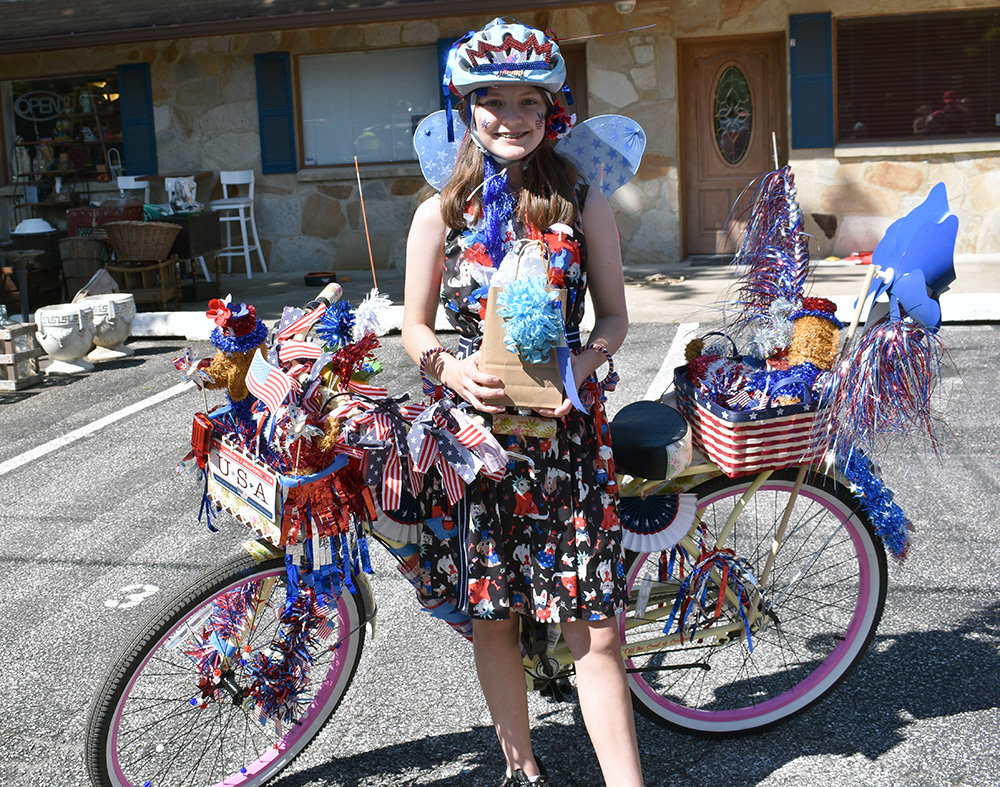 Participants at this year’s decorated bike contest, held outside the Greater Severna Park and Arnold Chamber of Commerce, ran the gamut from infants to preteens, all proudly displaying their shiniest red, white and blue accessories for the annual Independence Day parade.

The youngest participant was 8-month-old Jackson Howard, who collaborated with his older sister, Haylee, for a wagon ensemble. The duo received third place in the Most Original category. Their older brother, Cameron, took home third in Most Beautiful.

Another tiny but mighty patriot was 18-month-old William Kelly, whose Captain America-themed outfit and tricycle earned him third place for Most Patriotic.

Four-year-old Justin Powers donned an eagle costume atop his pinwheel and streamer adorned bicycle. His mom, Jenna Powers, said that her mother used to make a similar costume for her brother back in the 1990s and this year passed the baton to Justin, who won first place for Most Original.

Sisters Everleigh (6) and Gemma (8) Dornblaser are no strangers to this event, with this being their third contest. While they may have needed parental assistance in purchasing the supplies, the girls did the decorating themselves, a feat their mom said took the same amount of time it took her to make a trifle. Gemma took home second place for Most Patriotic, and Everleigh won first for Most Beautiful.

Piper Allee, a six-year veteran of the decorated bike contest, enjoyed her last hurrah. The 12-year-old, who ages out of the event after this year, said she always starts with elements from years past and adds on.

While she won’t be in the lineup for this contest next year, Piper’s fandom of both the parade and riding her bike will likely keep her off the sidelines.

“I might come back and just ride,” she said.

Congratulations to all of the participants of this year’s decorated bike contest, sponsored by Kheloney, Inc.

More photos from the bike contest.