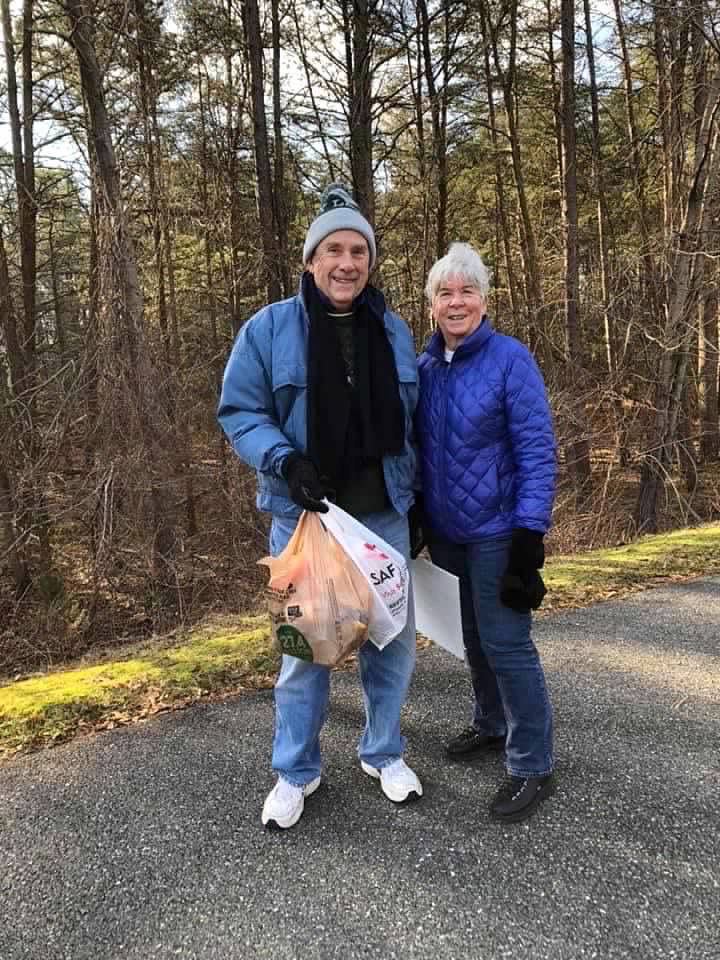 Barbara and Don Hilliard were awarded the November Margueritte Mills Volunteer of the Month award for keeping the community clean. 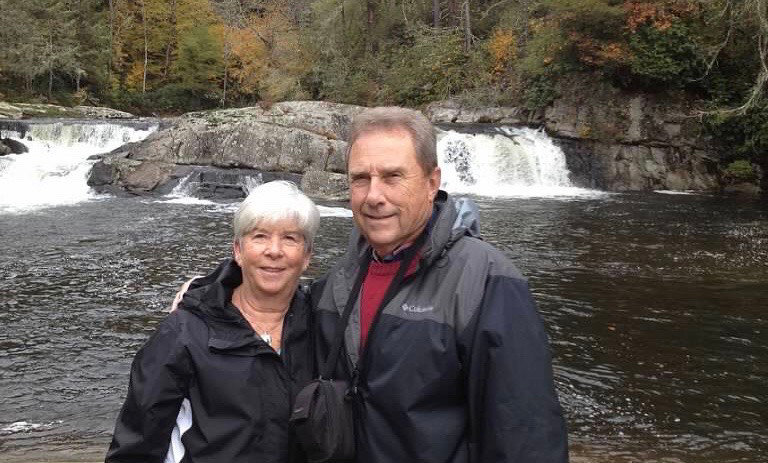 Barbara and Don Hilliard were awarded the November Margueritte Mills Volunteer of the Month award for keeping the community clean.
Previous Next
Posted Wednesday, November 4, 2020 12:51 pm
By Haley Weisgerber

Retirees Barbara and Don Hilliard would wake every morning to wave to their grandchildren’s bus as it passed by their Brittingham home. Once the bus had passed, the two would set off on a morning walk. After noticing the unsightly litter along the walk, they took matters into their own hands.

For about 12 to 14 years, the Hilliards have walked from East West Boulevard to West Pasadena Road, picking up trash along the road and in the median three times a week.

“There is lots and lots of litter,” said Barbara. “We get like two shopping bags on that little stretch.”

When they started collecting, Barbara reached out to former County Executive Steve Schuh’s office, but they did not notice any changes. Don suspects there is not enough county staff available to pick up the trash.

“We did show pictures to the county once of our bags were full of litter, but they didn't really do anything, so we just figured we could do it,” said Barbara. “We get in our bending exercises and our walking as well.”

Equipped with Safeway bags and gloves, Barbara and Don have collected an alarming amount of litter on their walks, which are over a mile long.

Don even found a child’s purse, which the pair believed was accidentally thrown out by a child. However, most of the trash that the two collect is not accidental.

“It's mostly all intentional,” said Don. “Sometimes there is stuff that may have fallen off a truck, but everything else is intentional.”

Though the couple does occasionally find trash on the bike trail, the litter is typically found along the median.

“It is amazing that people just don't keep it in their car until they get home,” said Barbara.

Although they are not certain of a solution, Don suggests that raising the fine for littering and encouraging the police to enforce the law could initiate change.

Barbara encourages other Severna Park and Millersville residents to take pride in their community and help to keep it clean. During Maryland’s stay-at-home order, Barbara even posted a call-to-action on Facebook when many people were walking to get out of their houses. The Hilliards believe it is a small act that will keep their community beautiful.

“If you see something, pick it up and throw it out,” said Barbara. “There’s really no tools involved. If everyone picked up a little bit, it would make a difference.”