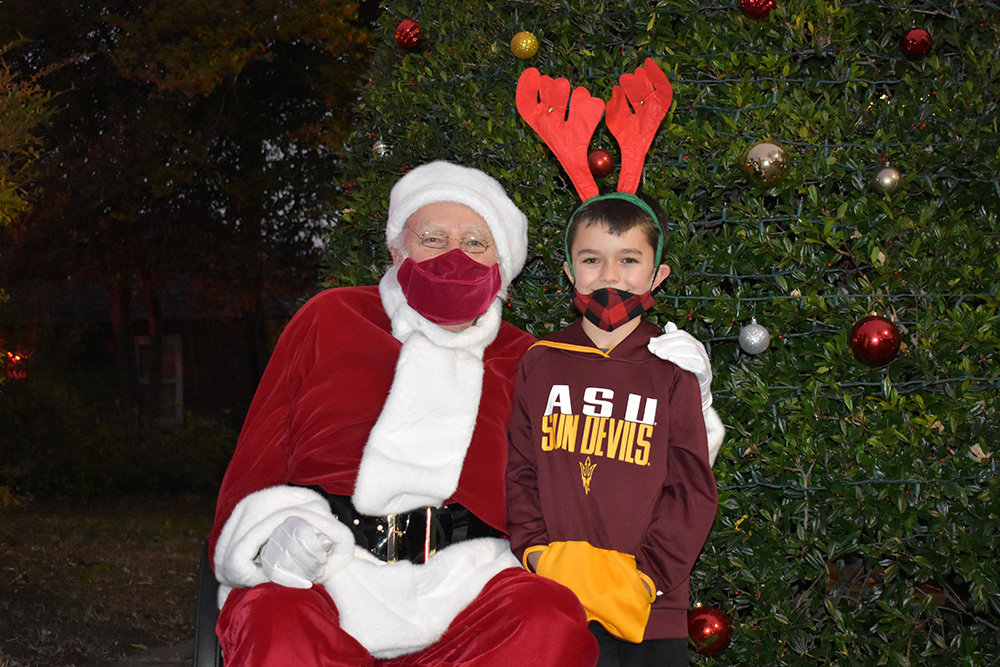 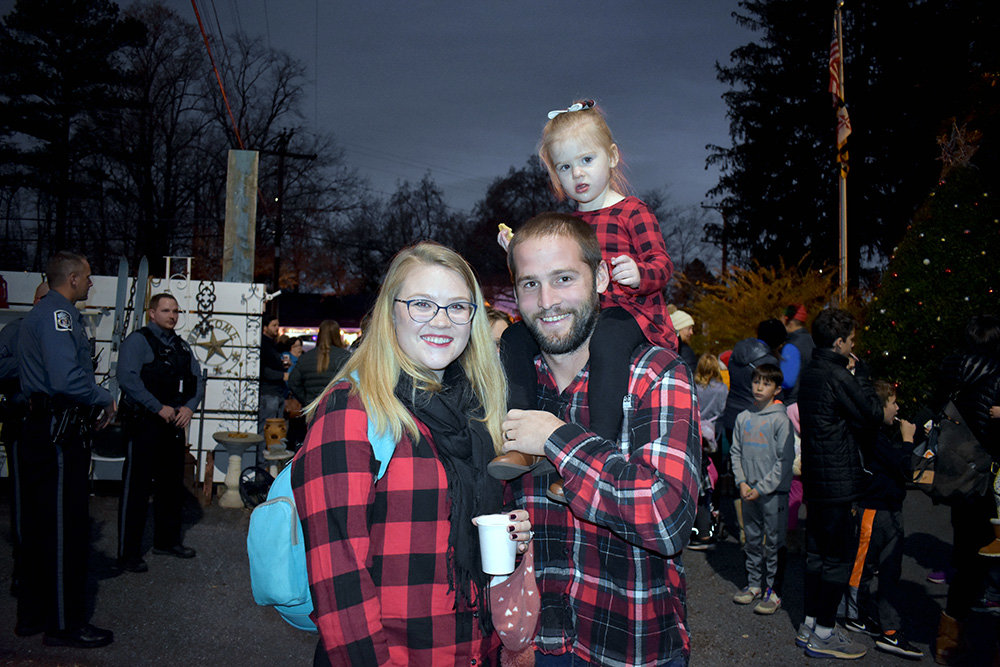 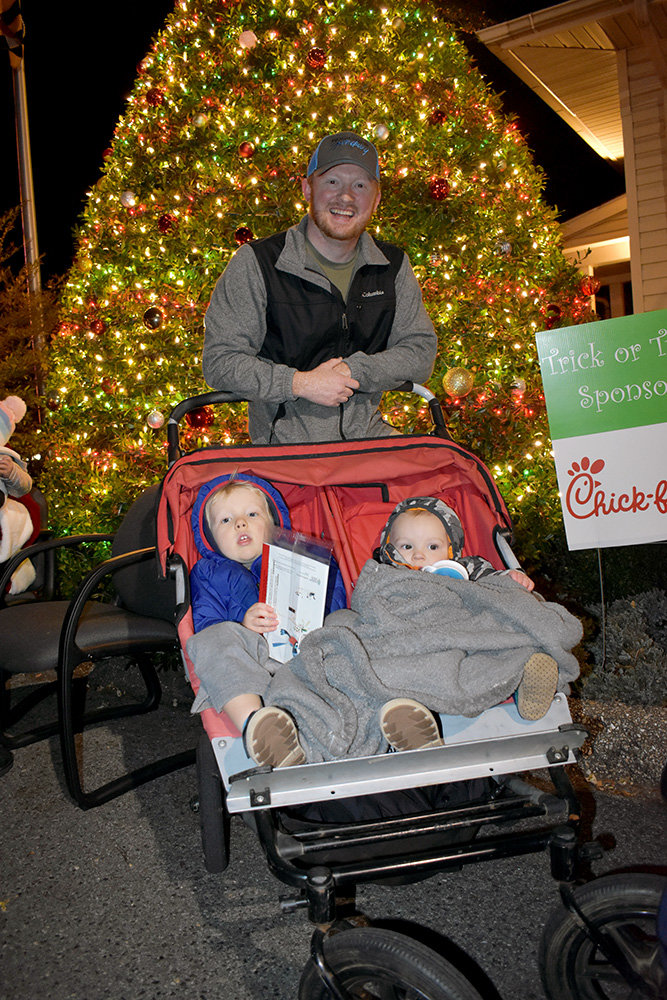 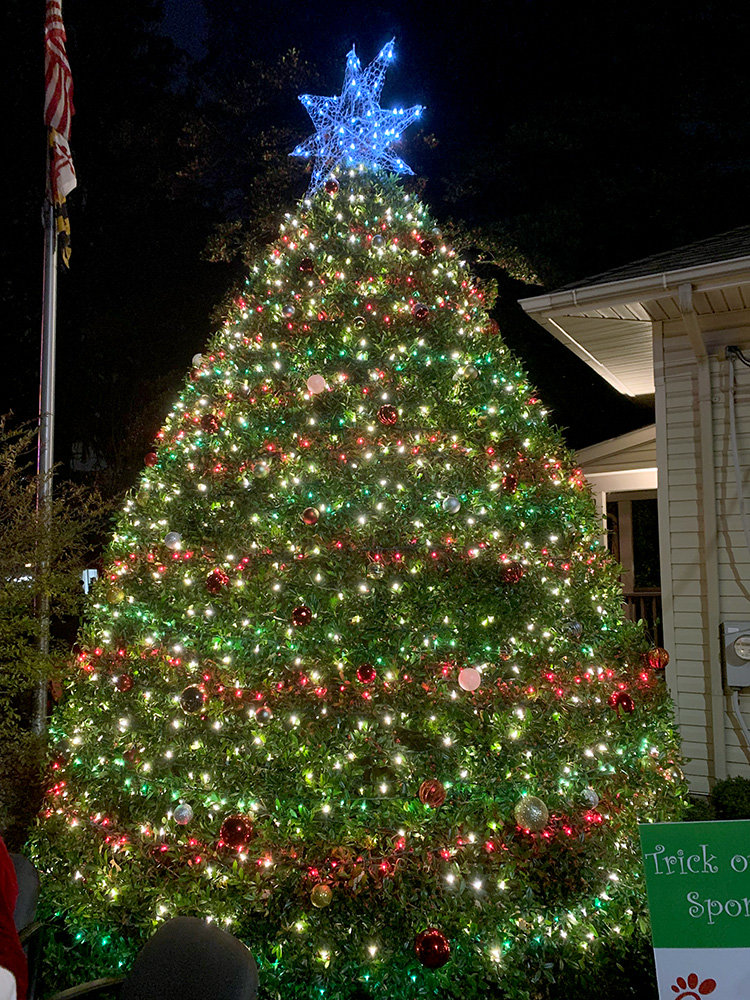 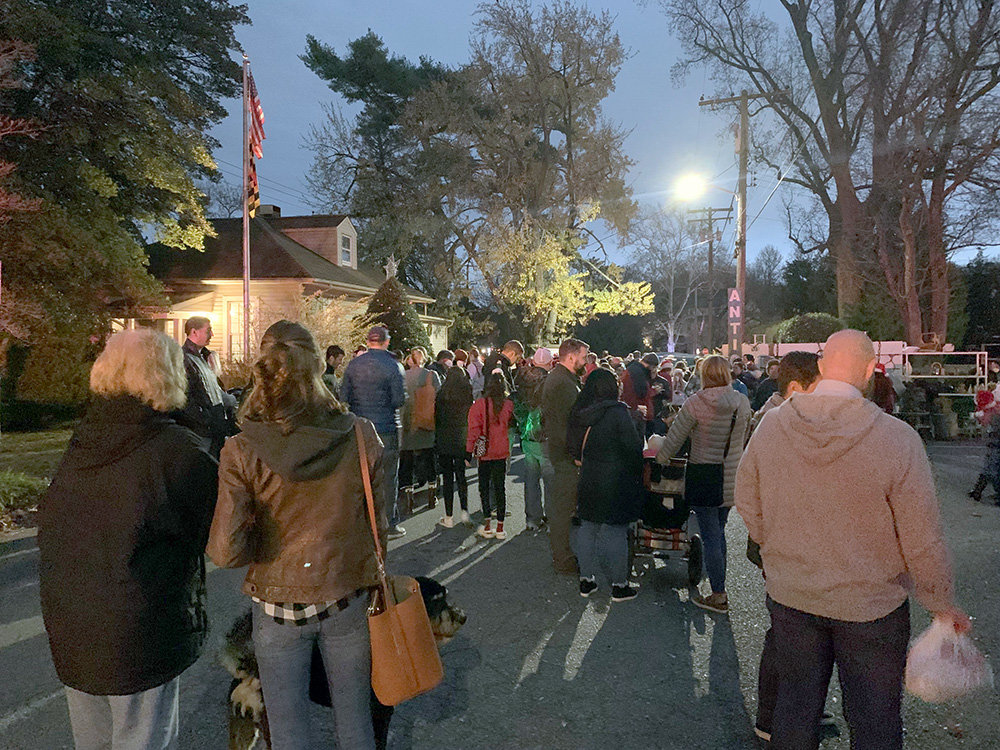 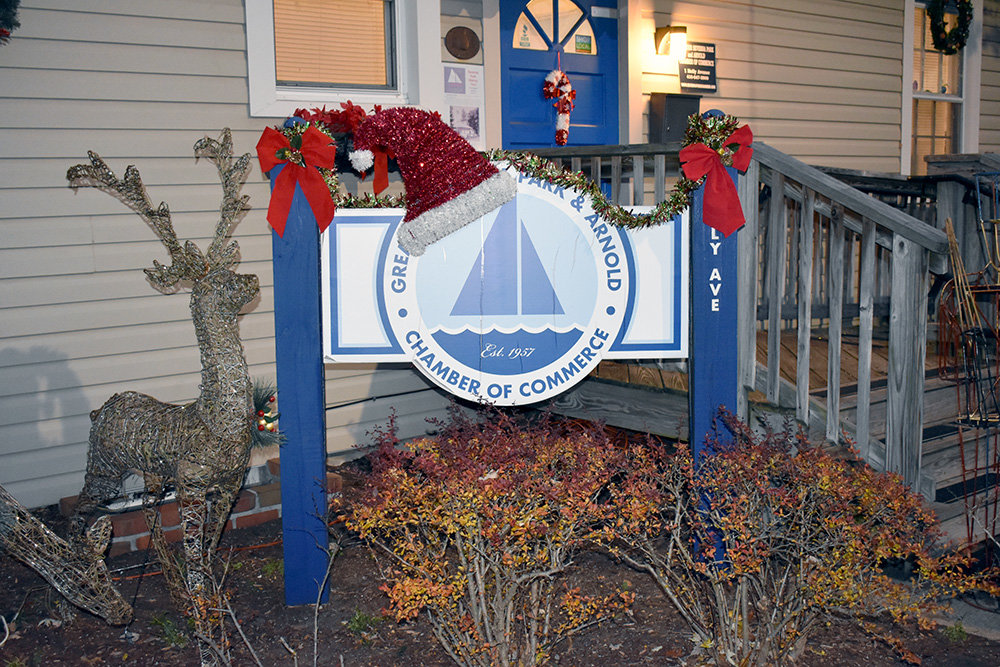 An impressive crowd gathered at the Greater Severna Park and Arnold Chamber of Commerce (GSPACC) office on December 3 to kick off the holiday season with the annual tree lighting.

“I was overjoyed to see so many people gathered around the tree, and when the lights went on, everyone clapped and seemed so excited,” said GSPACC CEO Liz League. “I think it really put people in the holiday spirit.”

The warm weather and festive spirit drew an impressive crowd to the GSPACC office on Holly Avenue.

“Many remarked that it was the largest turnout we have ever had and larger than other tree lightings in the area,” said League. “It had a really great ‘vibe.’ People were happy, having fun, the kids were excited and dancing to the music.”

Sam Dougherty, who recently moved to the area and attended the lighting for the first time, was impressed with the event.

“We had no idea what to expect and we saw a huge crowd, mostly families and kids,” said Dougherty. “This is the perfect small-town event that we were looking for when we moved here.”

“It's nice to be able to talk to people safely,” said Repko. “It’s nice to see people that we know and give hugs to all your friends that you don't get to see all the time.”

“The Big Bean was serving cider and hot chocolate and had brought seven containers and wound up going through 17 containers,” said League.

This year, the Severna Park Model Railroad Club was back in action for children to enjoy. The Grinch and Santa Claus also made an appearance for photos.

“It's very festive,” said Rachel Benney, who has attended the event since she moved to the area three years ago. “You get to meet different vendors from the neighborhood and just kind of enjoy the company of the community.”

The event has become a community favorite. League is excited to be a part of it.

“We are so lucky to have a supportive community with families who enjoy local events and participate,” said League. “It’s fun to organize these events because I know the community will attend.”

Guess What’s Back: Our Best Of Severna Park Contest