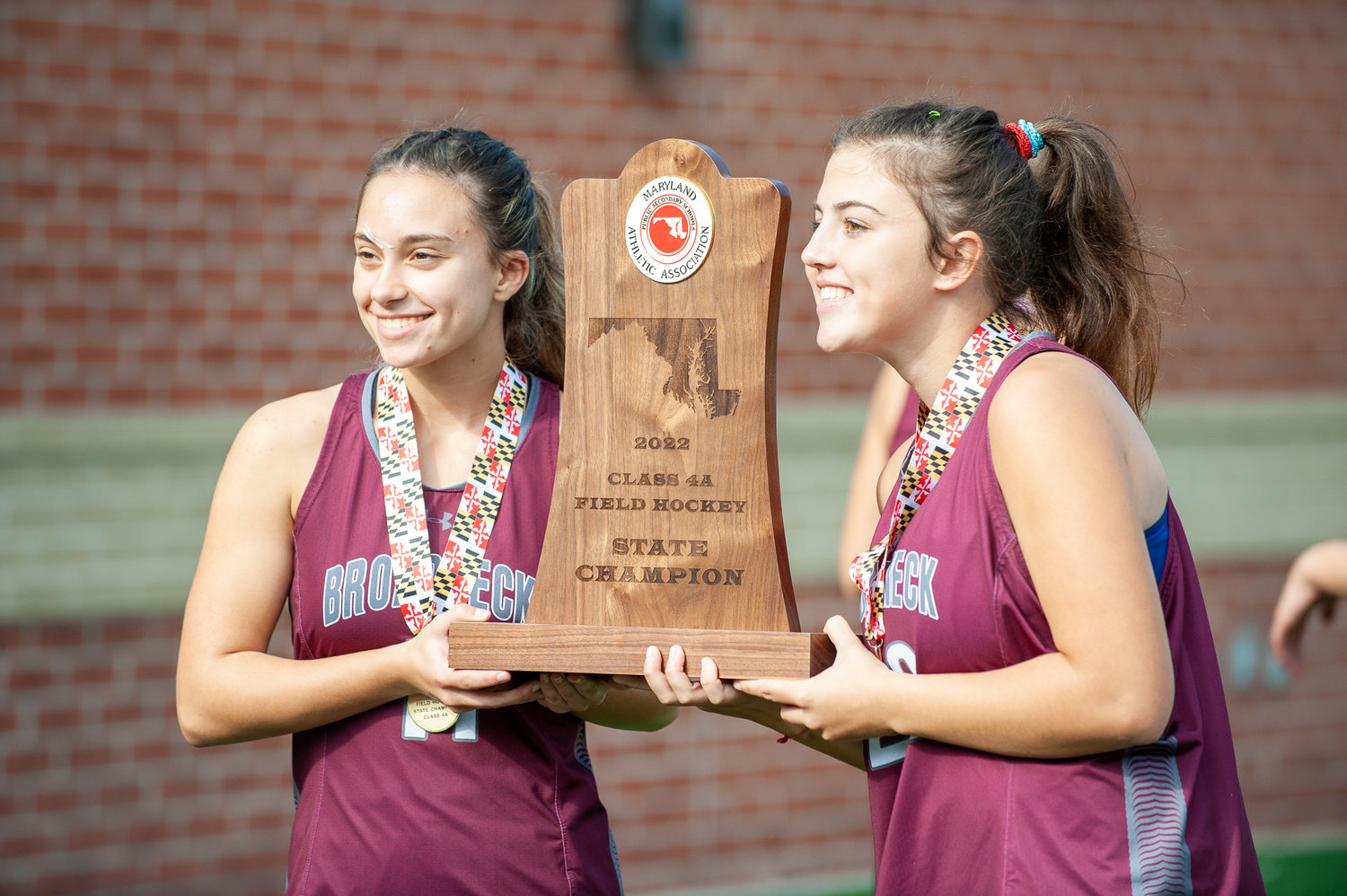 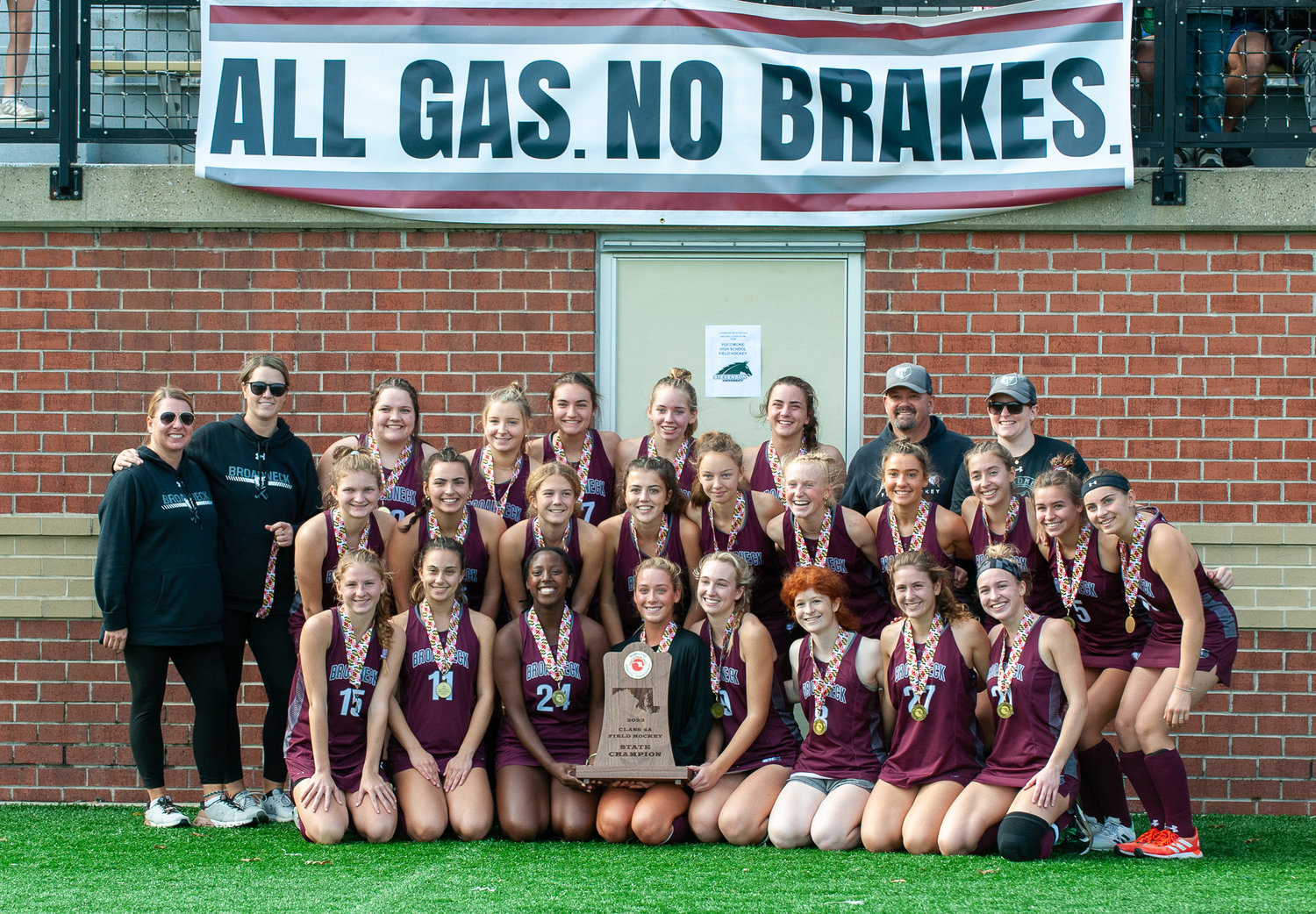 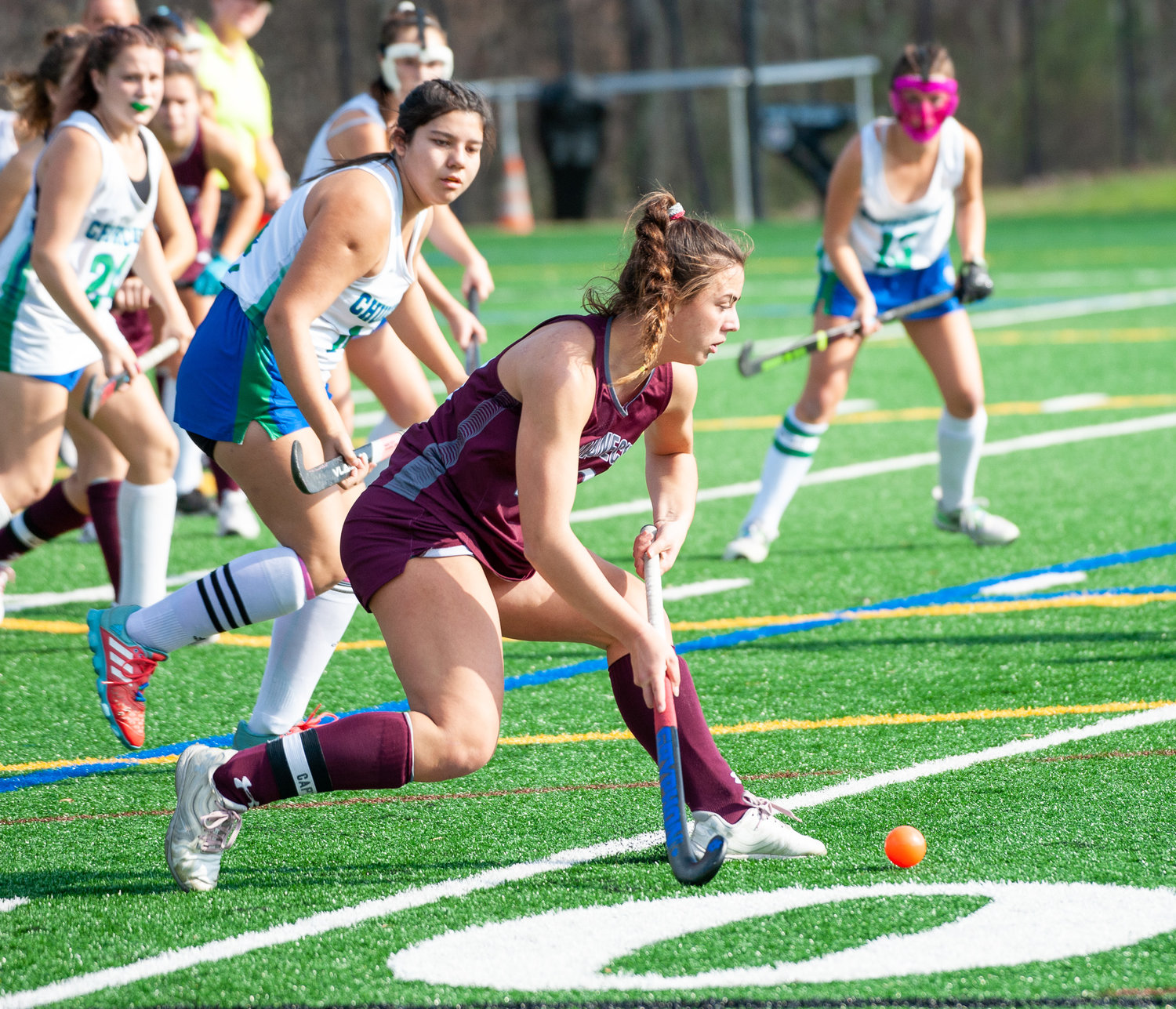 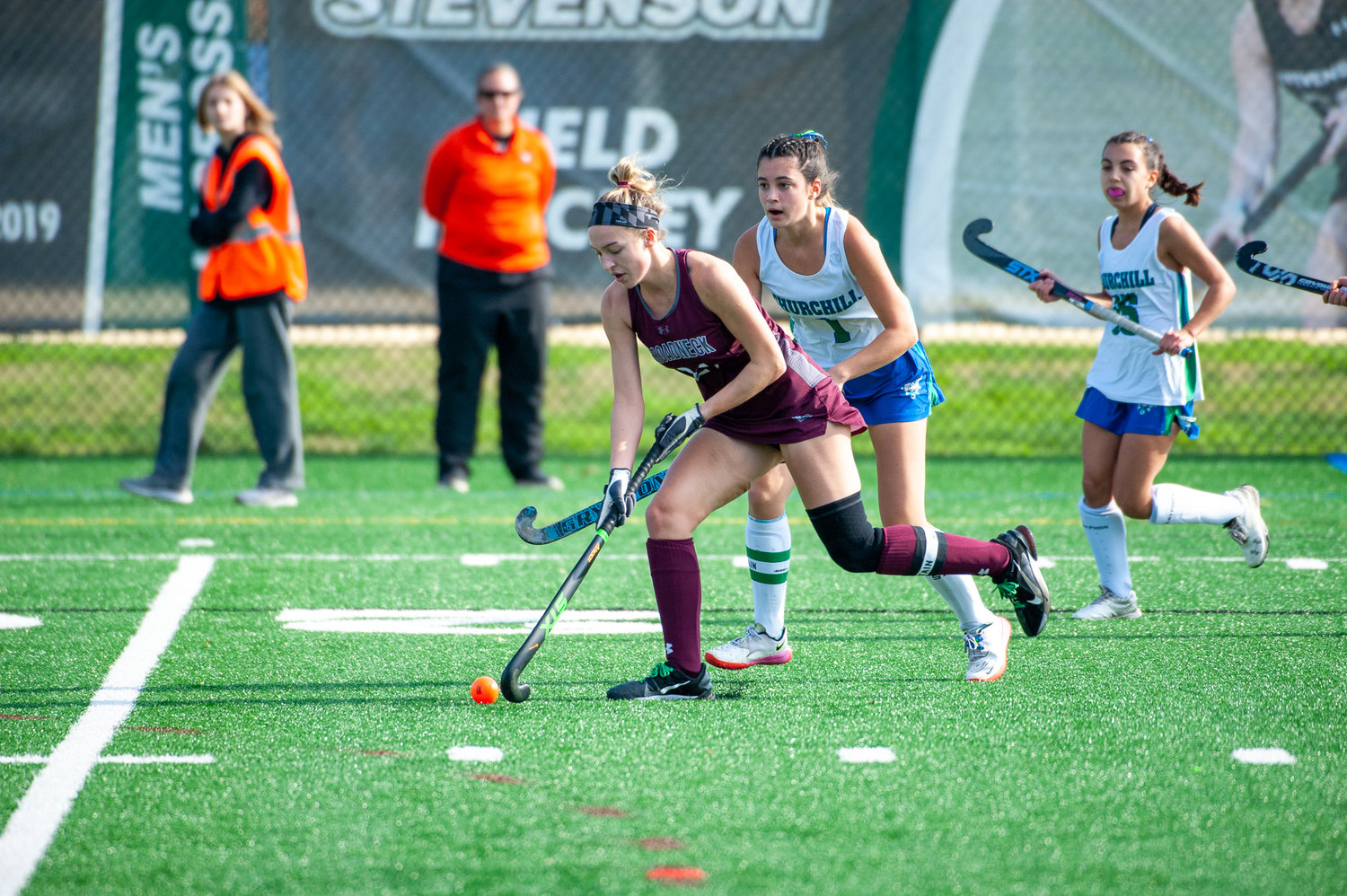 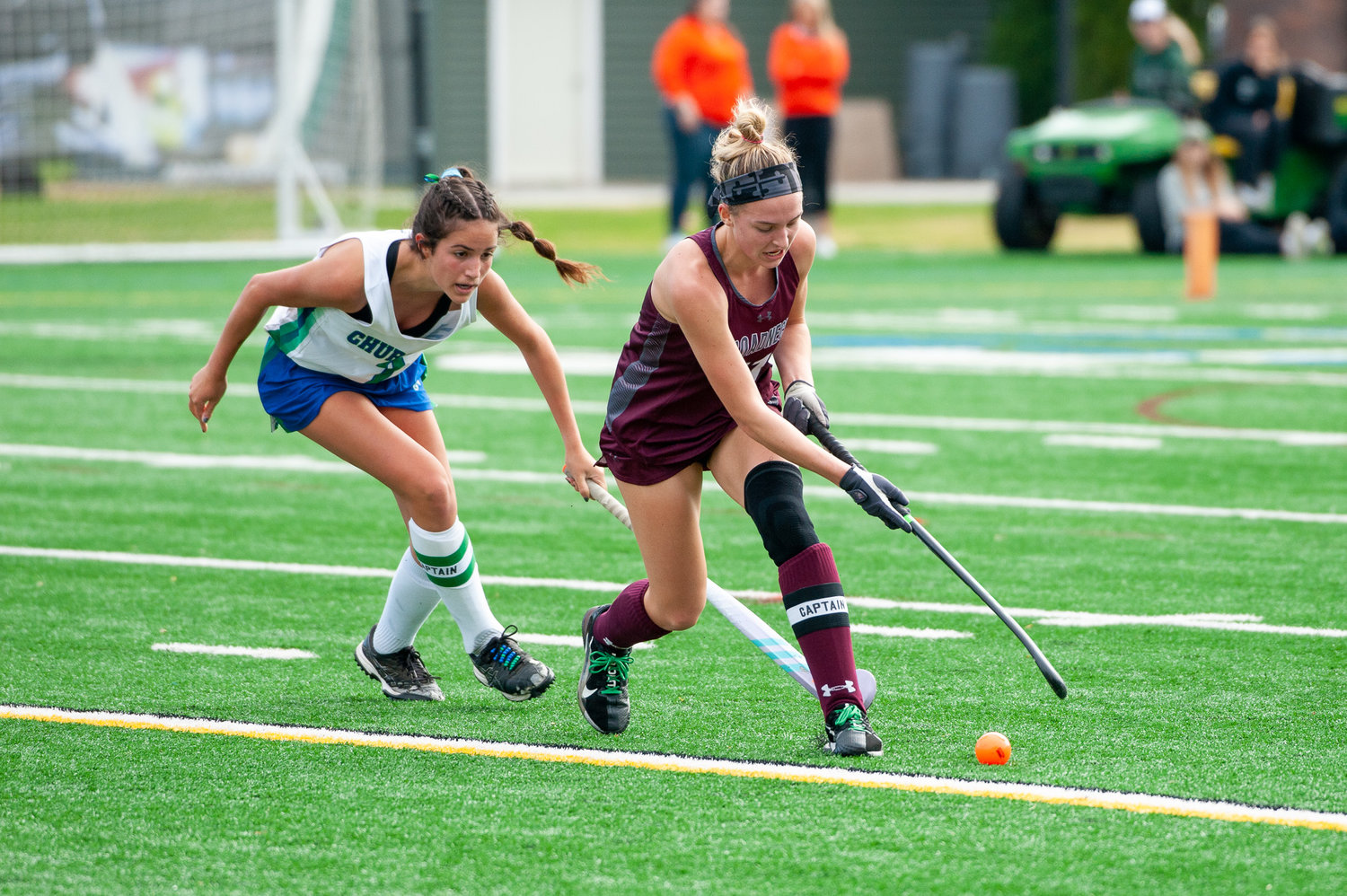 Broadneck played their aggressive style of fast-break offense throughout the game, putting constant pressure on the Winston Churchill defense.

Mady Quigley scored during a corner, off an assist from Faith Everett, to put Broadneck ahead 1-0 with 2:09 left in the first quarter.

The Bruins created several other scoring opportunities, but Winston Churchill made a few point-blank stops to keep their deficit at just one score entering halftime.

“Lexi had it on the right side of the field and crossed it to the top right of the circle and I just one-timed it to the left post and it went in, thankfully,” Maya Everett said, recalling the play. “So it was quick, fast-paced, and it’s how our game is played.”

“I think Churchill did an outstanding job defensively,” said Broadneck head coach Shannon Hanratty. “They held us. They slowed us down when we got inside the circle. And we had to work our butts off and keep pushing, pushing, pushing to finish that ball off, so it worked. Our game plan worked again and that’s what we’ve been trying to do all season.”

With the clock running down, fans in the stands chanted, “10-nine-eight-seven-six-five-four-three-two-one.”

It was a powerful moment for all the girls, who built their bond not just through this season but also over many years of playing club field hockey together.

“It was chemistry,” Arden Hunteman said when asked about the team’s recipe for success. “We’ve known each other for a long time, so to be here and grow together and be out practicing six days a week together, we grew being with each other.”

Players bought into Hanratty’s “all gas, no brakes” mentality from the first practice.

“It’s about work ethic,” Maya Everett said. “We work really hard, and we have a really fast team, so we might as well use it to our advantage. It’s mostly the mindset: even if you aren’t the fastest, you still believe you are and you still push to be that person. So giving it all you have is what it means.”

Maya Everett said she expected her team to celebrate on the bus after the game, perhaps playing one of their favorite songs, “Downtown” by Macklemore.

It’s a moment well earned for a team that shocked the state with a 20-0 season in which they outscored opponents 108-11.

“Only one team ends happy at the end of the year, and we haven’t been it yet, but these girls certainly deserve it,” Hanratty said. “For me, it’s just really fulfilling. I’m just really proud of them … I think every coach’s joy is watching their kids work hard and accomplish their goals and that’s how I feel right now.”

Check the December edition of the Severna Park Voice for a longer story on Broadneck’s state finals win and storybook season.